Is this the price of the budget iPhone X?

The rumours about the upcoming budget iPhone X are gaining momentum and a new report by 9to5Mac claims that the new iPhone will drop in five new colours — grey, white, blue, red and orange. 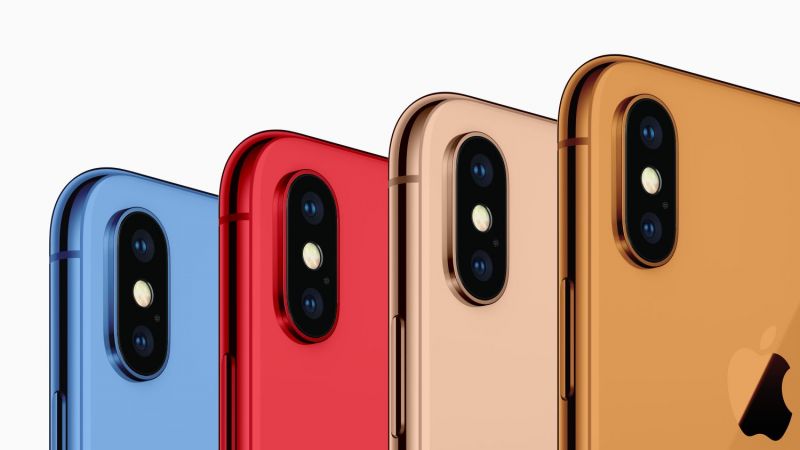 The report states that analyst Ming-Chi Kuo has recently released a report and has raised his estimates of the 2018 iPhone sales and detailed a few changes that can be expected. Kuo estimates that the 6.5-inch iPhone X will be priced at around USD 1,000 (about Rs 68,845) just like last year’s iPhone X and it will come with dual-SIM capabilities.

The 6.1-inch LCD iPhone X aka the budget iPhone X will cost USD 700 (approximately Rs 48,191) and the interesting part is that it will come in a plethora of colours. The handset will apparently debut in grey, white, blue, red and orange. This is potential five new colours on the budget iPhone X while there’s a distinct possibility that grey and white are actually the space grey and silver versions that are already available in the market with last year’s iPhones.

Apart from the 6.1-inch iPhone, the report goes on to state that the higher end models will now be available in a third colour option — gold. This is in addition to the silver and space grey versions currently available.

The report states, “The ~$700 6.1-inch LCD 2018 iPhone (which will mostly resemble an iPhone X’s design from the front) will have a larger lineup including blue, red and orange. This harkens back to the iPhone 5c era when Apple rolled out a cheaper iPhone sibling in colourful chassis. We have heard some mumblings prior to today’s report about Apple expanding the colour options for the cheaper phone, but this is the first time someone reputable has reported specifics.”

The report goes on to state that the 6.1-inch iPhone will achieve the USD 700 price point by not having all the features that will come with the two upper-end models. The budget iPhone will come with an LCD display, no stainless steel frame, no dual-camera and no 3D Touch.

Disclaimer: The above report is completely based on online rumours and leaks from the respective sources. These views and opinions do not necessarily represent those of Deccan Chronicle and/or other staff and contributors to this website