Technology Other News 06 Jun 2018 What the duck! Artif ...
Technology, In Other News

The researchers analysed millions of tweets, both offensive and inoffensive, but, this is yet to be implemented. (Photo: Pixabay)

Hyderabad: If you are tired of convincing your phone that you did not really mean to type “duck” for “f**k”, brace yourself because now Artificial Intelligence has taken on the responsibility of correcting profanity on Twitter and Reddit. Chances are that posts might turn out to be bizarre as the algorithm changes as the word “a**” to “face”.

Instead of filtering and deleting bad language, researchers at IBM have developed an algorithm to replace offensive words with polite words. So if a person types in “For f**k sake”, it will replace it with “For hell sake” and and “B*t*hs” with “Bruh”. 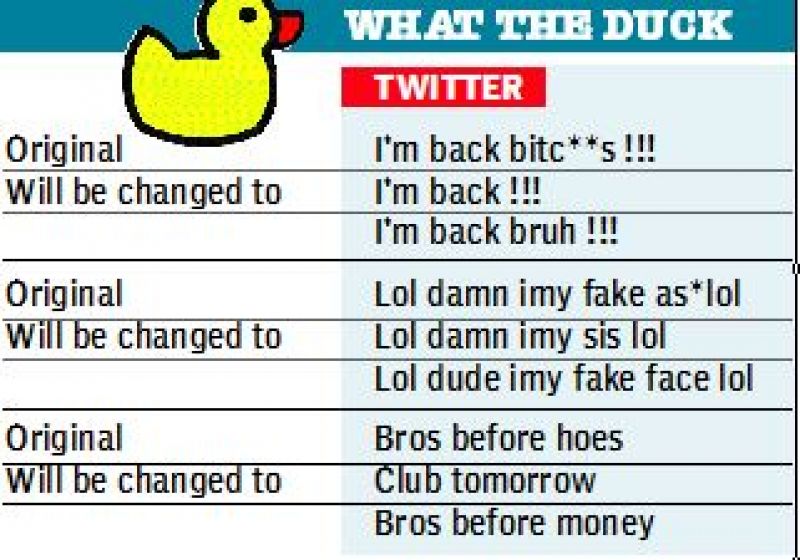 The researchers analysed millions of tweets, both offensive and inoffensive, but, this is yet to be implemented. Furthermore, conversational AI is not yet developed enough to recognise abusive words in Telugu and Hindi.