Technology Other News 06 Jun 2016 Mark Zuckerberg’s ...
Technology, In Other News

Even the founder of world’s biggest social networking site, Facebook, could not prevent himself from being hacked.

This weekend, Mark Zuckerberg accounts on sites including Twitter, Pinterest, LinkedIn appears to have been hacked. The group, OurMine, who took the responsibility of the hack, also claimed to have gained access to his Instagram account, which is yet to be verified.

The hijack came into light when Ben Hall, a developer tweeted a screenshot of Mark Zuckerberg’s hacked Pinterest page.

Last month it was reported, that about 117 million LinkedIn username and passwords stolen four years ago were being sold on a illegal Dark web entity, dubbed ‘The Real Deal’  for 5 Bitcoins, which is  approximately  $2,300. And the group, OurMine Team has claimed to gain access to Zuckerberg’s social media accounts password from the same data breach. 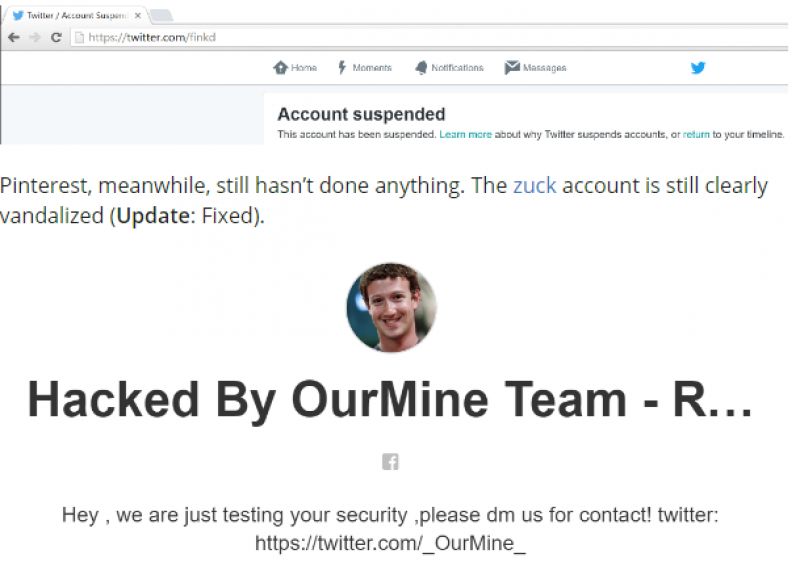 Prior to the hack, Mark Zuckerberg has been an inactive Twitter user since 2012.