Technology Other News 04 Aug 2019 Google’s Files ...
Technology, In Other News

The new feature, however, might not sound exciting for many because the scenario has changed and there are very few instances when people actually play music from a local file as live streaming of music and video content is the new trend.

Google’s first-party file management app for Android, Files app, is being updated with better offline playback controls for music and video files. The company has released a blog post where it has announced the same, adding that the new controls will allow the users to skip, rewind, or fast-forward through their media. It adds that the app will also shortly receive support for a dark mode, which Google has been adding to each of its apps in advance of the launch of Android Q’s system-wide dark mode option.

Dark theme works pretty much as one would expect – one touch on the Quick Settings menu of the phone, and everything will change from white to actual black, not the dark grey that we have seen in apps like Twitter. In theory, this should help with battery life, particularly on OLED phones, which in turn helps to play music or view videos  for a prolonged period. 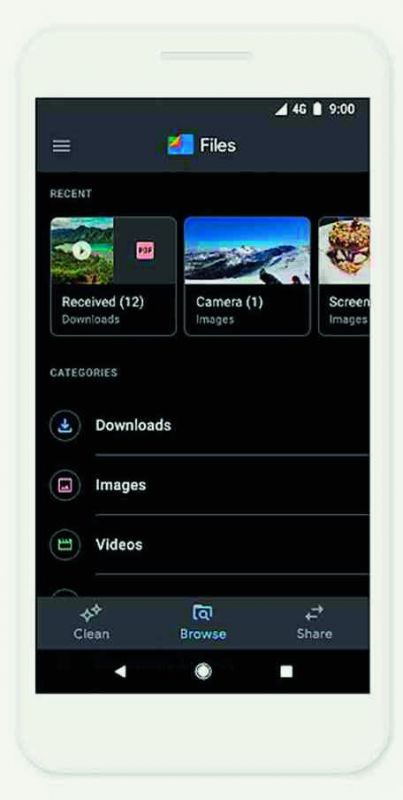 The new feature, however, might not sound exciting for many because the scenario has changed and there are very few instances when people actually play music from a local file as live streaming of music and video content is the new trend. That makes having a dedicated local music or video playing app pretty unnecessary. The company has introduced the upgradation at a time when existing Google Play Music player becomes less and less of a focus. But it’s nice that Files is able to do playback well on those odd occasions when live streaming does not work. The company adds that the new features should be coming to Files in the next few days.