Technology Other News 03 Jul 2017 Contactless cashpoin ...
Technology, In Other News

Samsung launched its mobile payment app, SamsungPay, in India in March this year — and users can use it to pay through their credit or debit cards at Point of Sale terminals in shops without swiping the actual card.

The cash dispensing terminal known as ATM or Automatic Teller Machine, is 50 years old, increasingly threatened by electronic payment options, yet refuses to die. There are over 30 lakh ATMs world-wide, some 2 lakhs of them in India, including a few in unconventional locations: The world's highest ATM is at Nathula Pass on the Sikkim-Tibet border, at 4023 metres (13,200 feet). The only ATM on an Indian warship, is operated by SBI on board the aircraft carrier INS Vikramaditya, serving 1500 seamen. Floating ATMs routinely serve customers on dozens of tiny islands in Kerala's backwaters.

Yet attempts are being made, to render ATMs obsolete. After demonetizing 80 per cent of all currency notes in circulation and forcing people to adopt some form of e-cash, the Indian government has virtually stopped growing the ATM network. NITI Aayog CEO Amitabh Kant has suggested that by 2020, credit and debit cards and ATM machines will be totally irrelevant. He is wrong in multiple ways. The need for physical currency will never go away: Even in the most advanced economies, half of all consumer transactions are in cash. The ATM is not about to fade away, it is reinventing itself in new and innovative ways. 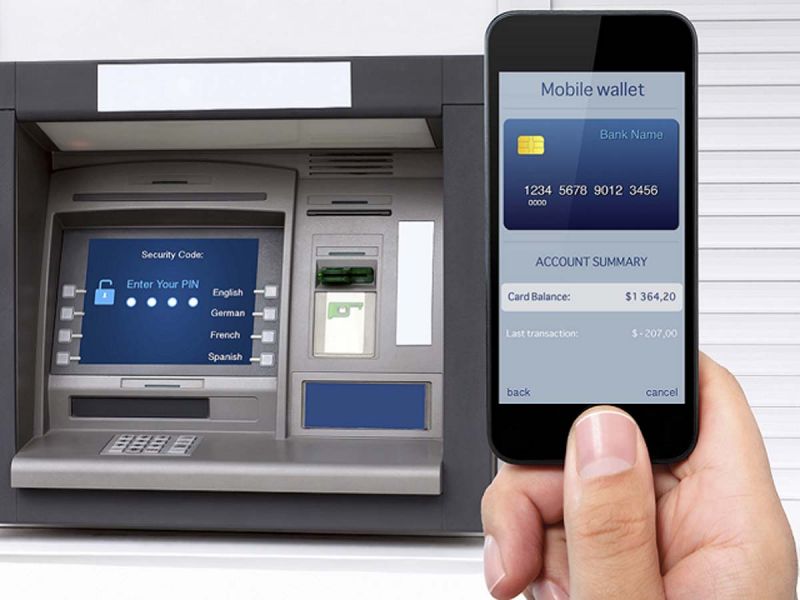 With over a billion Indians having an Aadhaar number, DCB bank launched India's first Aadhaar-based ATM in Mumbai last year and is extending this technology to 400 ATMs nationwide. Their terminal has a fingerprint scanner instead of a card reader. Finger print replaces ATM card and Aadhaar number replaces the PIN number. The Card-less ATM has come. 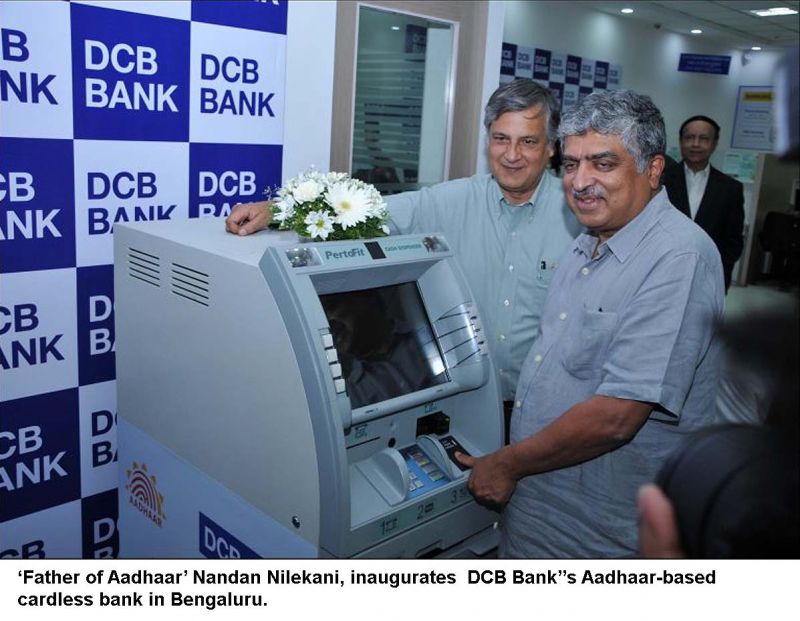 Internationally, ATM maker Diebold has designed a very small-footprint terminal called 'ATM Extreme' that is just 10 inches (25 cms) wide and can be operated with the customer's finger print. Diebold is also one of the leading ATM suppliers in India — so a platform for large scale rollout of Aadhaar-based ATM payments is readily available. 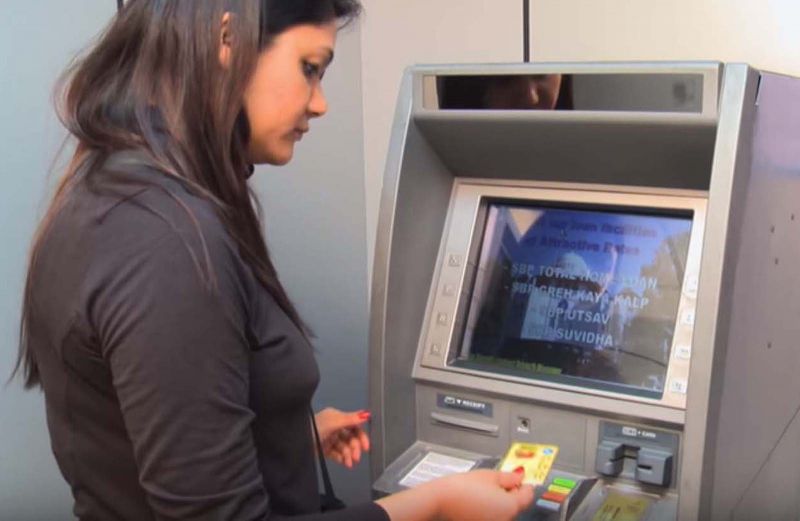 If card-less, why not contact-less? This is a parallel trend that has swept many banks abroad. It uses a mobile phone — and removes the most vulnerable element of today's card-based ATM operation: the card itself, which baddies can clone or skim. Users need to download a banking app on their smart phone. The actual connection is wireless — Bluetooth or Near Field Communication (NFC). With early mobile-based ATMs deployed in Spain in 2011, the customer had to scan a QR or Quick Response code on the ATM screen. This is cumbersome — and India will likely leapfrog into later, easier technologies in card-less ATMs.

Samsung launched its mobile payment app, SamsungPay, in India in March this year — and users can use it to pay through their credit or debit cards at Point of Sale terminals in shops without swiping the actual card. In South America SamsungPay joined with ATM maker Diebold- Nixdorf — and owners of the Samsung Galaxy S8, can use their phone to withdraw cash from ATMs in Puerto Rico.

Google has launched an Android payments app called "Pay", which works like SamsungPay with your credit cards. Bank of America was the first to use Android "Pay" to enable card-less payments at many of its US-based ATMs. The app is not launched in India — yet.

The world is moving towards mobile-phone- based ATMs — and Indian banks will inevitably follow, once RBI takes the first bold step.

On June 27 1967, the world's first ATM was open for business at the Enfield branch of Barclays Bank in London. There were no cards — yet. The bank issued select customers with vouchers for £10 each together with a secret number that was also printed on a special carbon stripe on the vouchers. To withdraw cash, one placed the voucher in a special drawer in the STM and punched the secret number. 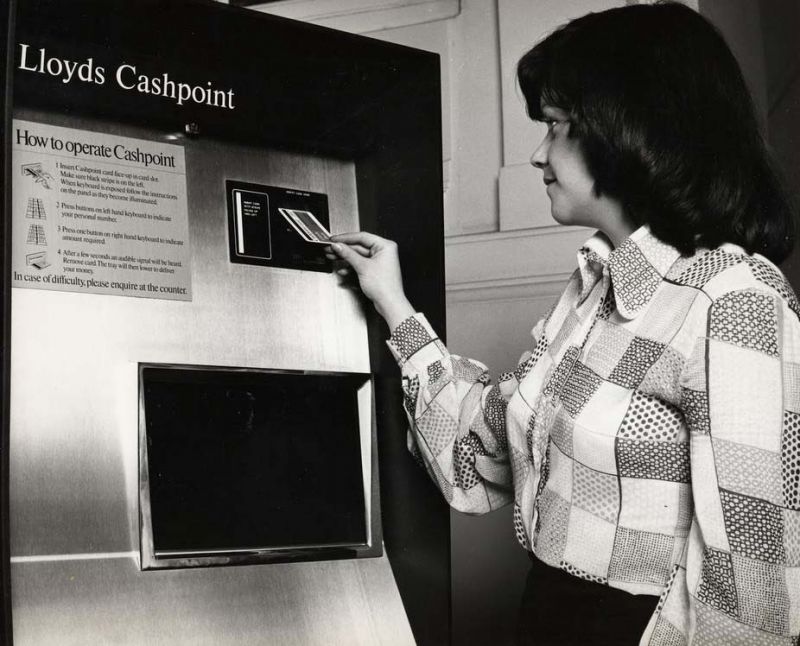 If this matched the number embedded on the carbon stripe, the machine spitted out a crisp 10 pound note. Two days later a bank in Uppsala, Sweden, launched its own ATM, the 'Bankomat'. In early July 1967, another UK bank, NatWest, now part of the RBS group launched its own ATM. By 1972, UK's largest bank, Lloyds, launched hundreds of ATMs, called CashPoints. The greatest self service financial technology of the century had come. 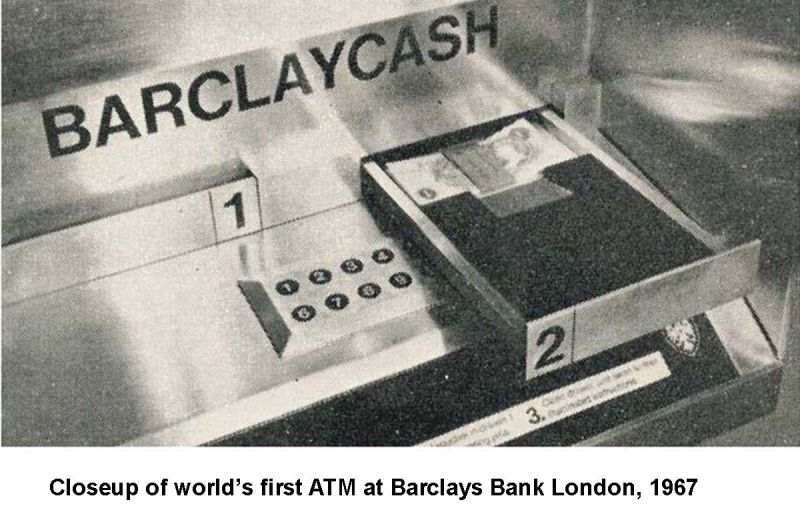