BHIM app: All you need to know about the first universal payment app

DECCAN CHRONICLE. | MOINAK PAL
Published Jan 3, 2017, 5:42 pm IST
Updated Jan 4, 2017, 3:28 pm IST
In lieu of the recent launch of the BHIM app, all that needs to be found is whether it can stand up to the already established payment apps

According to a research, the number of smartphone users has grown from 238 million in 2015 to 292 million in 2016. This number is projected to grow to 467 million by 2021. With the recent demonetisation of the currency, there has been an increase in digital transactions with Prime Minister Narendra Modi even appearing on a front page ad for Paytm of a popular Indian newspaper. The number of people using digital wallets has increased with time but there has always been that question of security, or that laziness or unwillingness of the people to use digital platforms.

Speaking to an Indian daily, Saket Modi, CEO and Co-founder of Lucideus Tech stated, “Encryption for BHIM is in line with what Google Wallet or Apple Pay will be using (for transactions). We worked on the security of UPI’s common library. This common library was always there, but now the only difference is that NPCI has its own app as well. This app will facilitate a lot more transactions using a uniform app.” 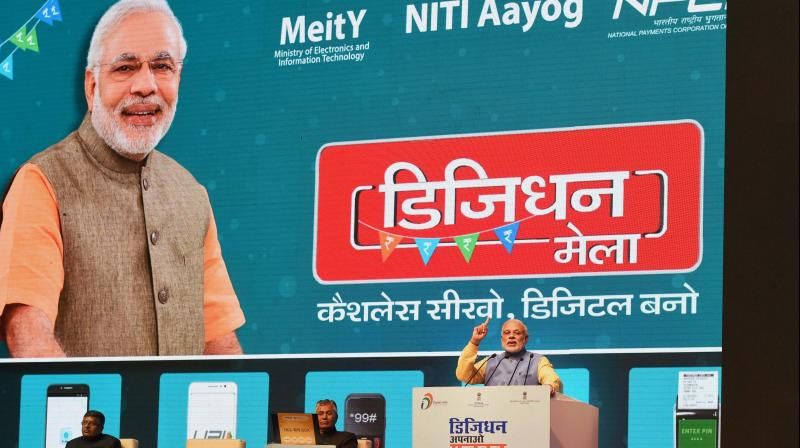 Paytm has claimed to be one of the largest online wallets with over 17 crore users (as of December 2016) using it everyday. Until recently, the Indian government launched the BHIM app which is a UPI (Unified Payment Interface) PSP Mobile app developed by the National Payment Corporation of India (NPCI) which will facilitate financial transactions electronically directly through the bank.

Launched as a part of the 2016 Indian banknote demonetisation and named after Bhim Rao Ambedkar, the UPI app supports around 33 Indian banks with more banks entering the platform. The UPI app will also support domestic banking protocols like IMPS, NEFT, RTGS, NACH, AEPS, along with it own VPA protocol (virtual payment address). The final feature is the most important—any mobile phone, be it feature phone or a smartphone can use BHIM provided it has an internet connection.

Paytm uses a 128-bit encryption SSL two-step authentication login while the BHIM app uses a three factor authentication. The app first binds with a device’s ID and mobile number; secondly the user will need to sync their bank account (UPI/Non-UPI) in order to carry out transactions.

Thirdly, the user will be asked to generate a pin which will be used to log into the app. Furthermore, the user needs to create a UPI pin with which is for the bank account to go through with the transaction.

Which is easier for conducting financial transactions then?

Additionally, the Paytm app can be used to transfer funds to someone who is using the same wallet.

The BHIM app is however UPI-based. This means there is no upper cap in the transactional balance nor there a pre-requisite for downloading of the app. All there needs to be is that the recipient should have a valid bank account. If the account is UPI-activated, you can just ask for the VPA and make swift payments to the account.

Does my bank support BHIM app?

Does my bank support UPI?

After them, HDFC’s banking app has also started supporting UPI, and list of banks has expanded to 33. In November, SBI’s UPI-supporting app known as SBI Pay went live.

How will BHIM work?

After the customary login has been done with the mobile number verification (use the number which is linked to your bank account) BHIM will ask for setting up a 4-digit passcode which needs to be entered every time you open the app.

The bank selection has to be done. If it is UPI activated, it will reflect the relevant number. There are options to send and receive money, and transact via IFSC. If UPI is not activated, the user can put in six digits of their debit card number, expiry date, after which the app will start working.

On the tab for UPI payments, there is an option for creating a VPA which should be something easy for the user to remember and the UPI PIN.

The launch of the BHIM app by the government comes at a time when digital payments are the need of the hour and so is the idea of a cashless economy. It also means that the other wallet systems like Paytm, MobiKwik, FreeCharge, Airtel Money, and M-Pesa will have to step up their game.

But even the BHIM app is not flawless. In terms of infrastructure, there is still a long way to go for BHIM until it becomes India’s default payments app. The reason being the reach of the internet across the country is sparse or non-existent and Aadhaar based payments is still on the backburner, until a full rollout.

In terms of availability, the BHIM app is already available on the Google Play Store with over a million downloads. The app however has not been launched on the iOS platform as of now. Over 5 million transactions have already been conducted and is the top seller on the Playstore within five days of its launch.