What makes Windows XP an iconic desktop operating system? Well, apart from the blue-green taskbar, the desktop wallpaper, named as the ‘Bliss’, makes it constantly recognisable a Windows XP PC. The photo of a grassy hill with a rich-coloured sky and a perfect amount of sunshine dominated the desktops of a million computers for several years. However, if you think that Microsoft had it created in one of its design studios, then you are wrong. The Bliss is completely an original photo with mild editing.

In 1996, Charles “Chuck” O’Rear, a photographer by profession, was driving down the Highway 121 in the Napa Valley wine region. He came across the vineyard landscape and decided to shoot it. O’Rear used a 1980’s Mamiya RZ67 SLR camera and a Fujifilm Velvia film to shoot the image. Later, the image was uploaded to Corbis, a digital photo service owned by Microsoft. You can check out the actual image location here. 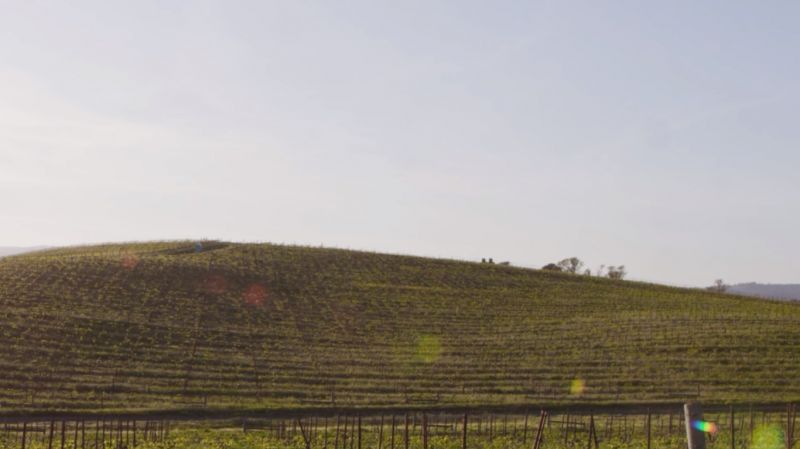 This the exact frame that O'Rear used for the photograph.

While Microsoft was gearing up to launch Windows XP in 2000, they went over Corbis and selected O’Rear’s photo as the default wallpaper for their new desktop OS. However, Microsoft had to acquire the rights to use that photo as the wallpaper. They got in contact with O’Rear and a deal of a confidential undisclosed price was done to get the photo. However, since it was the turn of the millennium, technology wasn’t as advanced as it is today and therefore, sending the photograph in digital format wasn’t available. Microsoft eventually decided to get the actual negative film for obtaining the best results, but ran into a problem with FedEx regarding insurance issues, considering the heavy price tag they had put on the film.

Since time was running out, Microsoft eventually decided that flying in O’Rear to get the film delivered by him personally would be the cheapest and the fastest way to lay their hands on the film that would go on to become one of the most iconic photos in the world.

The photo is mostly the way it was shot in reality. Microsoft did retouch the photo by darkening the green patch on the hill slightly, but other than that, O’rear’s camera did the rest. The saturated colours were a result of the Fujifilm Velvia film, which was known to saturate colours a little. O’Rear says that had he shot the photo with any other camera utilising the 35mm format, the result couldn’t have been achieved. 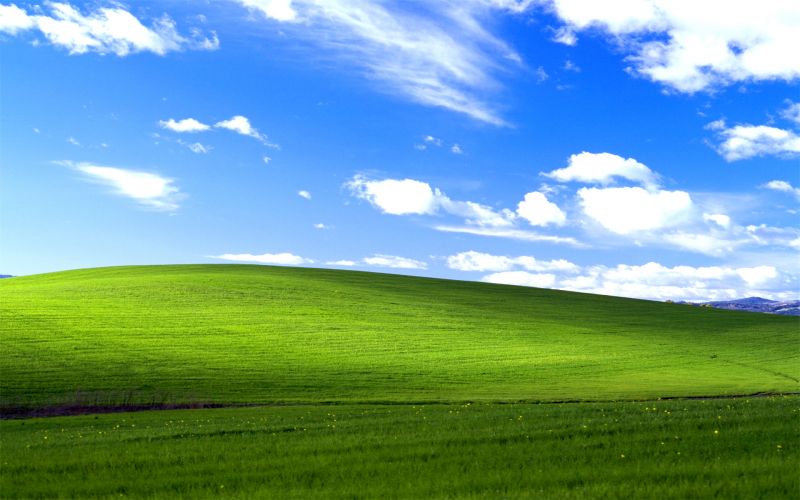 Microsoft had to slighly darken the green hill to get Windows XP's iconic default wallpaper.

Microsoft’s successive operating systems, like the Vista and 7, opted for a digitally created wallpaper. Even the latest Windows 10 uses an artificial shot created in a studio with the help of computer wizardry. However, the Windows XP wallpaper remains iconic even to this date and thanks to O’Rear, most of the PCs in the early 2000’s got to enjoy a ‘blissful’ desktop wallpaper.