While the Sound One had a wonderful exterior, there were some critical quality issues that the speaker missed out on
Rating:

Hong-Kong-based manufacturer Sound One’s Drum Bluetooth speaker launched in March this year. Promising enhanced audio quality with a tough, durable exterior the speaker launched priced at Rs 3,490 at stores and e-commerce websites. The 10 Watt speaker supports Bluetooth 4.5 with EDR technology and has a microSD card slot and a Micro-USB port and an aux input.

Along with these, it also supports FM radio and has a 2,000mAh battery which provides it with 6-8 hours of playback.

I spent almost a week using the speaker and thought that while it had a wonderful exterior, there were some critical quality issues which it missed on. Read further to understand what exactly missed the mark on the Sound One Drum.

The speaker has a cylindrical, drum-like shape with a cloth mesh cover on a plastic body. It also has a rope at the top which doubles up as a handle, to make carrying it around easy. The design looks good and the speaker also feels quite sturdy and feels like it would be able to withstand a few drops.

At the top, it has four buttons to help you find your way around your music which includes a power/mute button, two volume buttons and a play/pause button. The two volume buttons also change songs for the speaker. However learning how to do this, wasted time as well as obstructed smooth usage. The buttons needed to be long-pressed to change the volume and short-pressed for changing songs. Spending time getting used to this led to changing songs frequently when I just wanted to change the volume and leading to an overall frustrating experience. 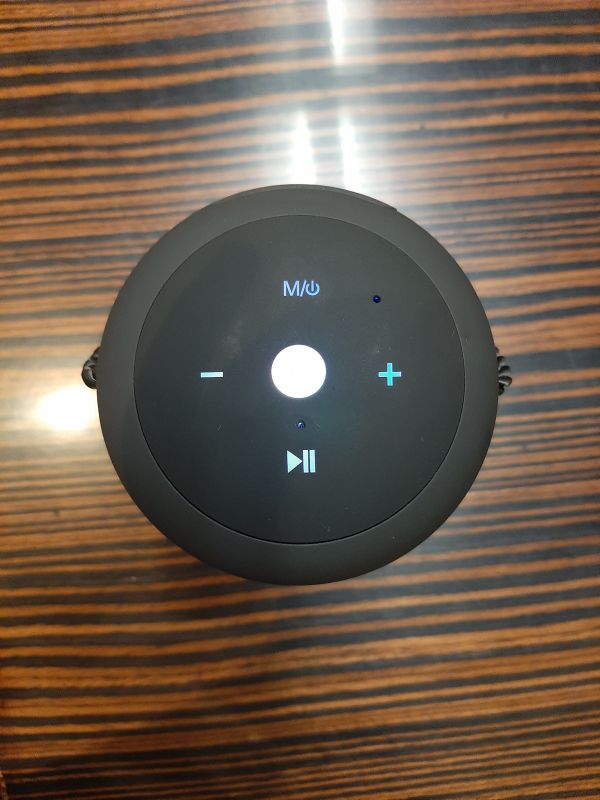 However, the top looks quite attractive  as it is decorated by a jazzy display of lights circling around the keys and a small circle in-between them. These cannot be turned off, which annoyed me a bit since listening to music, watching a film or a video in the dark would be a little less enjoyable because of its shifting lights.

The Sound One Drum produces some sibilance at high volumes of high pitched-songs, something which many songs suitable for parties have in common. Along with this, the speaker also does not have a very high maximum volume. Thus these two things would make it unfit for hosting loud parties. 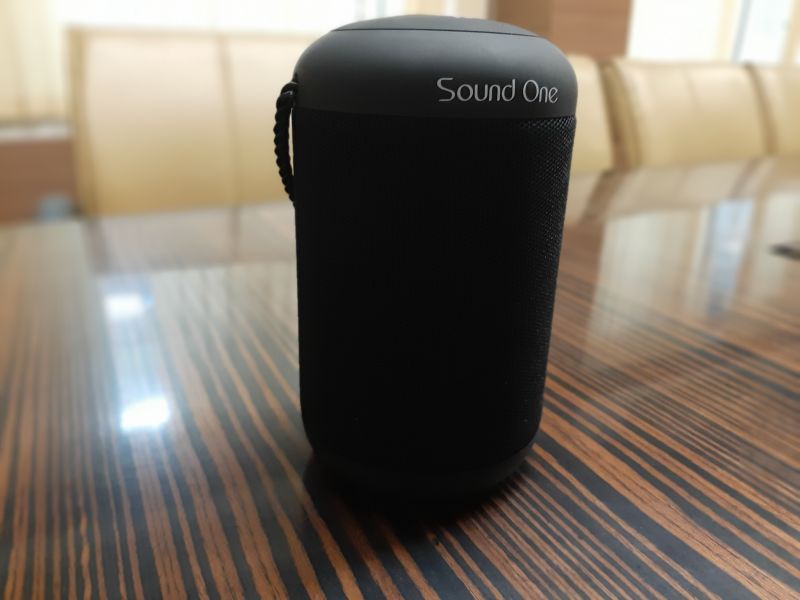 The speaker also supports answering calls, directly by using its in-built microphone. However, when I used it my voice was very low on the receiving end. This should not matter much however, since the feature would only be used occasionally for a Bluetooth speaker.

Bluetooth speakers are great for those wanting to enjoy the good quality sound for group settings. The uses vary — parties, outdoor camping, or calm and sober gatherings. To decide on whether your purchase of Sound One’s Drum speaker would be a good decision, you would have to classify your use for it as one among these three or more. After a sizeable amount of time spent using the speaker, we would say that the latter is probably what the Sound One Drum would be best used for.

The speaker is marked at Rs 3,490; however, it is available for around Rs 2,000 on e-commerce websites like Amazon and Flipkart. With some sibilance being heard and its external looks and durability seemingly average, Sound One’s Drum Bluetooth speaker seems to be a little over-priced for its performance.