While the crowdfunding price is around Rs 999, the final price would be anywhere between Rs 1,200 and Rs 1,500, but we are yet to know what Xiaomi will finally price it at. Xiaomi’s Smart LED bulb will compete head-on against similar smart lights from well-known brands such as Philips, Syska, Wipro and a few others here in India.
Rating:

When it comes to smart appliances, there are many brands that come to mind. Xiaomi has a huge name in the IoT segment in China, and they are slowly increasing their footprint here in India too. With the release of a few smart appliances such as the air purifiers, security cameras and a few others, they have now introduced smart home lighting solutions in India too. With Mi LED Smart Bulb, Xiaomi had begun crowdfunding in April and will soon be on sale on their website. While the crowdfunding price is around Rs 999, the final price would be anywhere between Rs 1,200 and Rs 1,500, but we are yet to see what Xiaomi will finally price it at. Xiaomi’s Smart LED bulb will compete head-on against similar smart lights from well-known brands such as Philips, Syska, Wipro and a few others here in India. 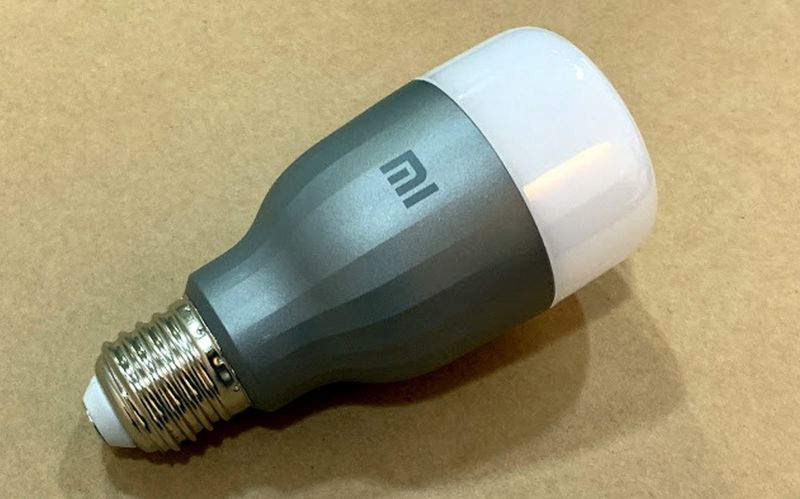 The Xiaomi Mi LED Smart Bulb looks like a simple LED bulb. However, Xiaomi has packed some smart features within the small unit that makes it work wonders. For starters, unlike some smart lighting solutions from other brands, the Xiaomi Mi LED Smart Bulb does not need a smart hub or bridge to operate. It features built-in Wi-Fi that connects directly to any smartphone and Wi-Fi router and operates via a simple feature-rich app. All it needs is internet connectivity and you are ready to change the way your room looks within seconds — with respect to ambient light, that is. 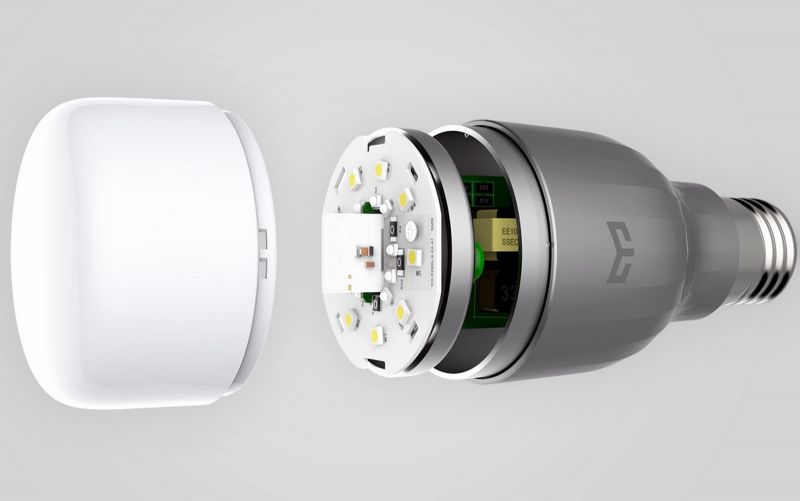 The Xiaomi Mi LED Smart Bulb is a smart light that can be used for downlights in ceiling mounts, or in desk or table lamps too. It consists of a total of 22 LEDs of which there are 4 x Red, 2 x Blue, 4 x Green, and 12 x White LEDs that together, in combination can produce up to 16 million colours with light temperatures that can be set between 1700K and 6500K according to your mood and requirements. The LED smart bulb can emit up to 800 lumens of light and consumes just 10 Watts of power, and the LEDs have a lifespan of around 11 years, according to the company, but based on the hours of use each day.

The Xiaomi Mi LED Smart Bulb is the size of an average bulb but uses a screw type or E27 base, which is not compatible with Indian bulb sockets which are B22 type. However, one needs to use an E27 to B22 adapter if you want to use it in India. If Xiaomi manufactures and sells this bulb in India, they should change the base or ship a free adapter within the unit.

The Xiaomi Mi LED Smart Bulb features a built-in Wi-Fi that latches to Xiaomi’s servers over the internet by using your account and Wi-Fi router at your office or home. Installation is pretty simple and straightforward — simply plug in the bulb and power on. 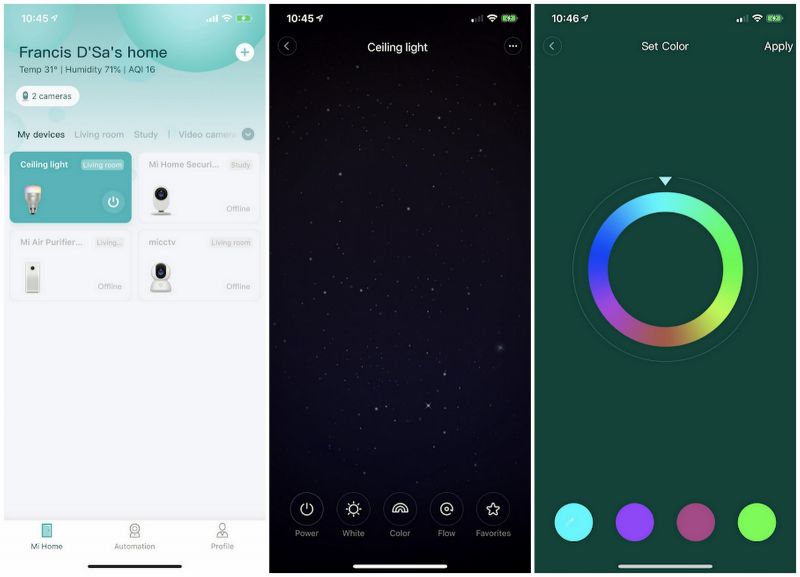 Setting up the bulb is simple too — the first time you set up the bulb to your account, all you need to do is power it on and off for five times with a 2-second gap in between and it will reset to factory defaults after flashing in multiple colours as an indication. Once reset, you need to pull up the Xiaomi Mi Home app on your smartphone and add the Smart Bulb as an appliance. The Wi-Fi in the bulb will create a temporary hotspot to which you need to connect your smartphone’s Wi-Fi. The setup instructions on the app are clear and easy to follow. Register or login to your Mi account and add the bulb. Give in the credentials for your Wi-Fi router/network and proceed. The bulb will then be added to your account and on your Wi-Fi network. That’s all. 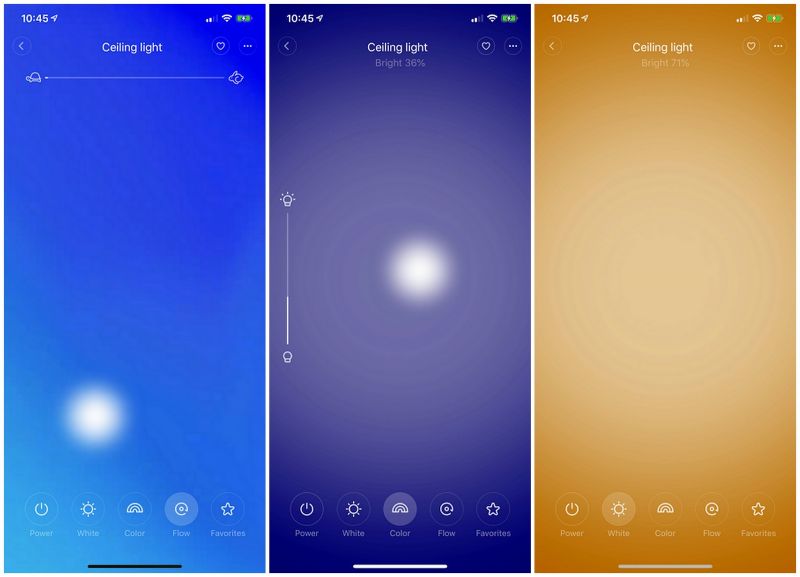 Once set up, the app is all you need to operate the bulb. You can do multiple things with the Xiaomi Mi LED Smart Bulb such as turn on or off, increase or decrease the intensity of the light, change its colours or even use the built-in profiles to specific mood lightings. The bulb can be operated by multiple family members and you can also operate or control the bulb from a remote location as long as the Xiaomi Mi LED Smart Bulb is connected to the internet. You can also set schedules to automatically turn on or off the bulb at specific time intervals. If you own multiple bulbs, you can form them into a group and control them together too. Lastly, the bulb is also compatible with Google’s Assistant and Amazon’s Alexa where you can use your voice to instruct the voice assistants to control the bulbs. 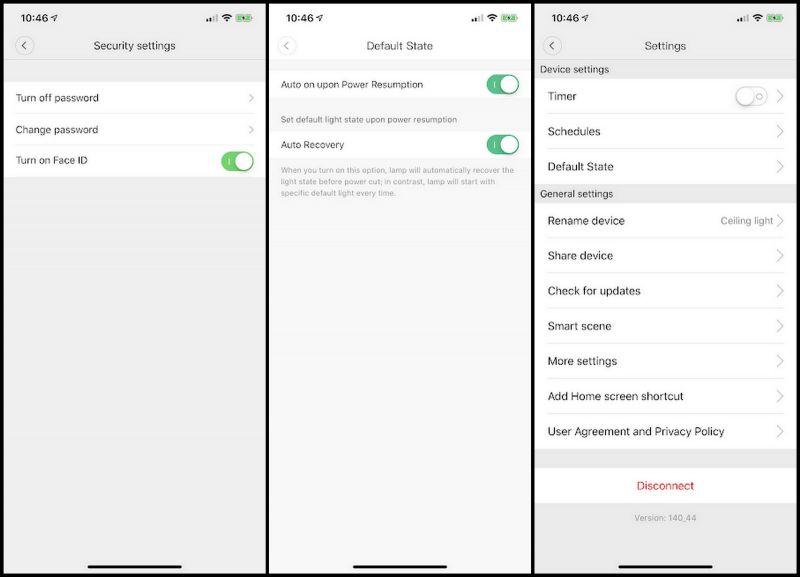 The Xiaomi Mi LED Smart Bulb is constructed using three parts — a high transparency and high light scattering plastic dome which houses the electronics and the LEDs under it, a plastic-clad aluminium structure that allows better insulation and higher heat dissipation apart from offering a ribbed design for a good look, and an E27 base for the power connection. 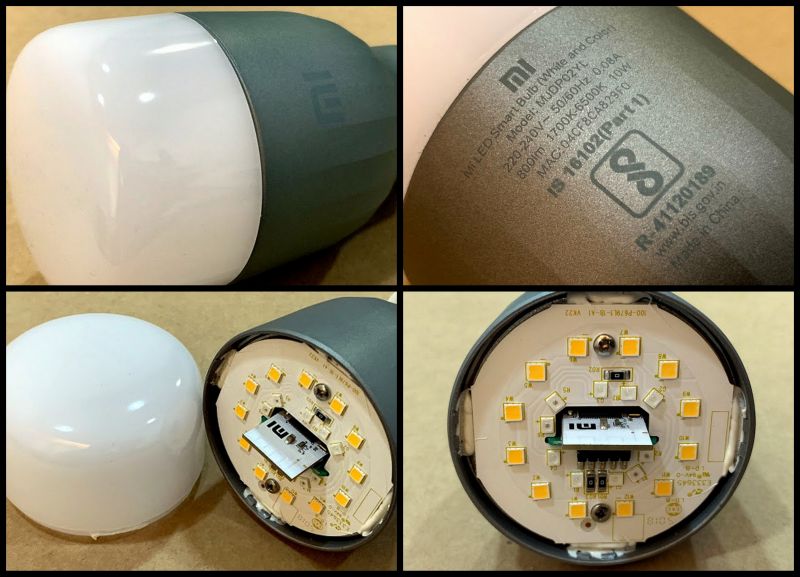 The app is feature rich and there are a lot of controls available. Firstly, you can lock the access using face, PIN, password or fingerprint so that it is not accidentally controlled by anyone else. Using the app, you can set timers, schedules, colours or plain white, set the intensity or use default scene modes such as: 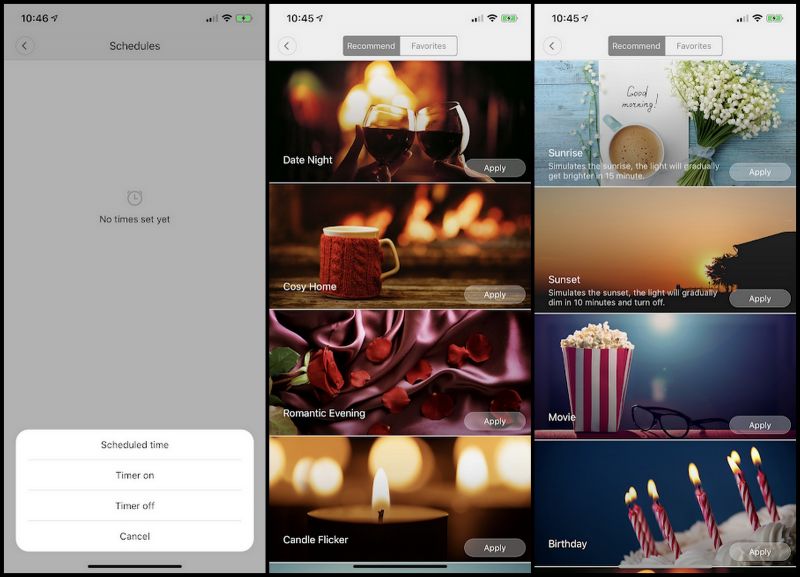 Sunrise: which simulates the sunrise early morning and the light gets brighter gradually in 15 minutes.

Sunset: Similar to Sunrise, but reverse and the light gradually dims in 10 minutes.

Movie: Produces a light blue dim hue to have ambient lighting while watching movies in the room.

Birthday: A bright reddish-yellow hue that alternates to create a party mood lighting.

Date night: Similar to Birthday, but dimmer, with an orangish hue that simulates a candle-lit room.

Cozy Home: Strangely bright, but with a blue-white-yellow hue that makes you feel like having warm lights at home.

Romantic evening: A pretty dim light with alternating colours between red, blue, pink, purple and in between.

Candle Flicker: Does not flicker, but produces a candle-lit environment with a breathing style illumination that feels like a few candles are lit around the room. The breathing is random and produces a nice warm effect.

Flash Notification: Nothing descriptive about it, but it simply flashes the LED in full white brightness, three times and returns to producing an orange light with medium intensity. This mode can be used to alert someone in the room for attention. However, while we thought that this mode would flash when there is a notification or call on your phone, it does not do any of the same. It would have been nice if the feature was built-in by the app. 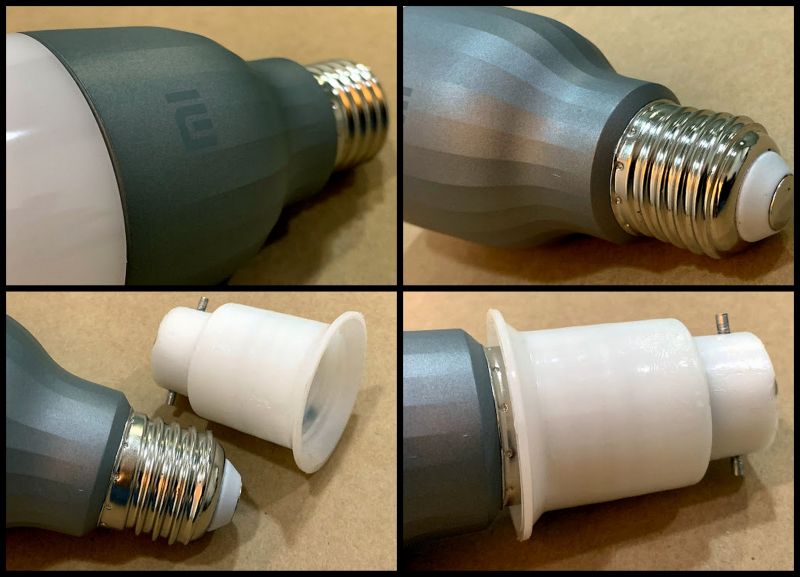 The Xiaomi Mi LED Smart Bulb does run warm, but it depends on the intensity at which it is being used. When at full intensity, it runs slightly hotter, but not as hot as conventional and similar rated bulbs. The heat dissipation does seem fairly good, and it would definitely help the bulb’s lifespan.

Using the app to change colours and intensity is very simple too. The screen has the colours you want to produce and all you need to do is swipe left to right to choose the colour and swipe up to down to change the intensity. The intensity can be controlled on a scale of 0 to 100% with a 1% precision. You can also choose between warm white and bright white in the app itself. At every stage where you feel the colour and intensity is just right for you, simply hit the Heart icon on the top right of the screen and you can save the settings as a favourite. So next time you want the lights to that particular mood, simply head to the favourites and choose that mode.

The Xiaomi Mi LED Smart Bulb is definitely a light bulb that we would recommend if you are looking for something in the category. Priced at a sweet Rs 999 during the crowdfunding stage, this is one of the cheapest smart LED bulbs that one can buy. You won’t find anything cheaper in the market at this price point. The only hiccup is the E27 base that adds the hassle of buying an adapter, which also increases the height of the bulb by a few cms. We are not in favour of the E27 base and Xiaomi should make the necessary changes if they are selling it in the Indian market as all bulb sockets here are B22. On another note, with modern homes adopting to more and more ceiling-based flush LED lights that mount inside false ceilings, we would only wish that Xiaomi also tries to bring in more variants into the market, similar to what other brands such as Syska, Philips, Wipro and a few others have. These bulbs can only be restricted to lamps placed in the corner, on a table or in chandeliers.