There’s no doubt that the GoPro Hero5 is one of the best and tiniest action cameras out there which is capable of shooting videos in 4K.
Rating:

When it comes to professional action videos, there’s usually one camera that will immediately come to mind, and that is a GoPro. One of the first and tiniest professional cameras with quality video recording, GoPro has always catered in being an eye to the action world, be it by enthusiasts, professionals or even the rookies. GoPro is no doubt the easiest action camera out there with absolutely no hassles when it comes to recording, playback, settings or whatever. The GoPro cameras are easy to use, pretty tiny, easy to mount, very rugged and definitely useful.

GoPro has a bunch of cameras in their portfolio with their latest offering now being the flagship Hero5 Black. Up till the Hero4, the cameras were not as rugged when it comes to using around water. One had to additionally opt for a waterproof housing, which needs the camera to be placed within the transparent water-tight casing before using. Since the cameras have a shorter battery life as compared to regular video cameras, one had to go through the hassles of removing the camera from the housing to replace batteries or memory cards. However, GoPro has taken this consideration into account and has finally managed to break through the limitations for waterproofing their cameras by introducing the Hero5 Black. The Hero5 Black is not much different from the Hero4, except for the waterproof body which can be conveniently used underwater down to a depth of 10 metres, without the need for any external protection or housing. However, GoPro has managed to enrich the new entrant with loads of features, which are mentioned below. 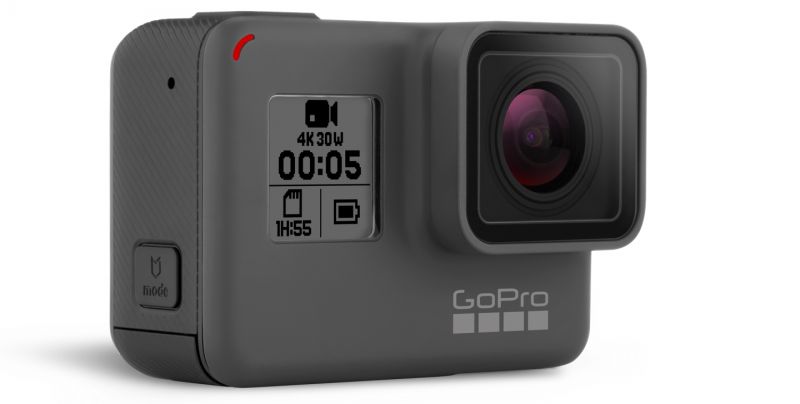 Image sensor: 12MP, detachable lens cover (for use with waterproof housing for depths below 10 metres)

Burst modes: up to 30fps

The Hero5 Black was with us for a while and we have managed to test the device with two aspects — ease of use and capture quality. While GoPros are usually easy to use, this one was even easier. With a 2-inch touchscreen interface on the rear panel, one can set the camera modes with ease. Sunlight readability of the display was fair, although you won’t find it disturbing since the settings are pretty much standard that one would use on a GoPro (usually 4K video). The shutter button becomes smarter this time. It is a one-touch key which will make it even simpler and quicker to use the GoPro, helping you save time and battery when on the move. By a simple press of the shutter button, the Hero5 switches on, and captures the footage. Pressing it again will save the video and turn it off. You have the option to choose what the touch key records — video, timelapse or photos. You don’t need to unmount the camera any more — simply touch the key.

The Hero5 goes a step further with an additional feature called voice control. You can now command the Hero5 to capture a video, take a photo, click bursts or power off, all with your voice. All you need to do is voice out the keywords. For example, “GoPro take a video” will instantly start recording. So no need to bring down that camera from your helmet, dismounting it from your bike or struggling with buttons when mounting it on your wrist — simply talk to it.

Learn more on voice control featured on the Hero5:

Lastly, saving your footage is even better and easier with the new entrant. The device being Wi-Fi enabled, it can now connect to your smartphone directly and transfer the videos with a few clicks. You can also leave it to auto upload to the cloud, saving you the hassles of backing up precious footage. 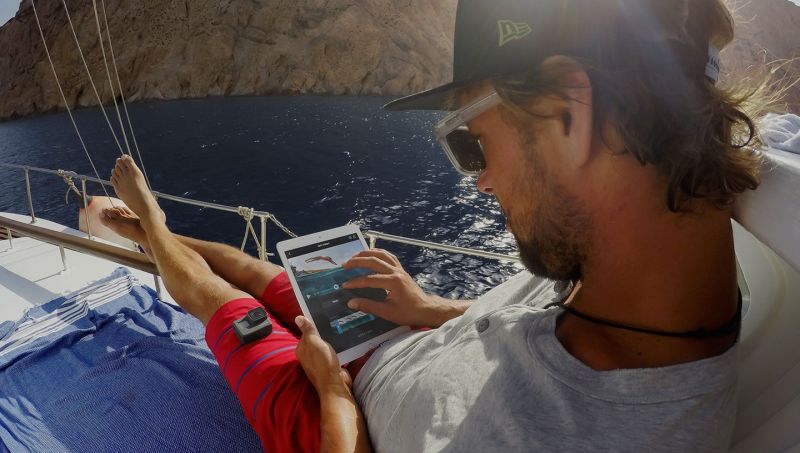 The Capture app is available for both Android and iOS, which also can be clubbed with Quick that allows you to instantly edit your footage to make your own video story within minutes, on the phone itself.

Check the video below to learn more about what the companion apps can do with your Hero5 videos:

GoPro cameras are one of the best cameras out there when it comes to shooting action videos. They are easy to mount, almost anywhere, with various mounting accessories available in the market. Be it your chest, arm, wrist, bike, or any place you can imagine, GoPro cameras can fixed anywhere to be your eye to action.

The Hero5 is bundled with a few accessories as below: 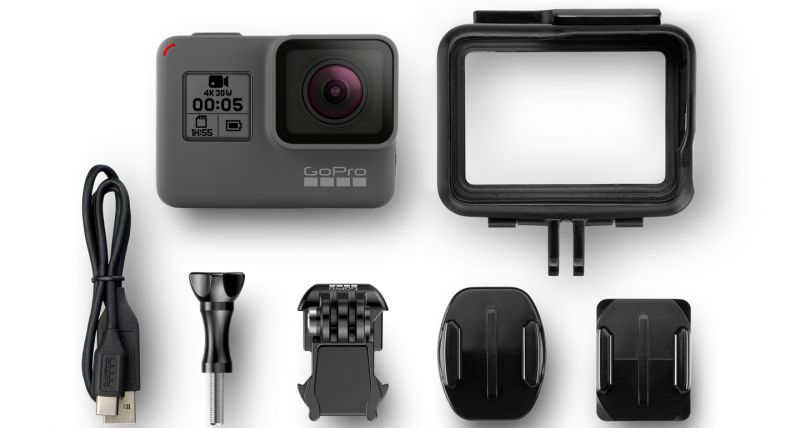 Gopro Hero5 is completely in a class of its own. The action camera hits the topmost line in the list for high quality, small footprint action cameras. From enthusiasts to professionals, the GoPro Hero series are their first choice. During the testing of the Hero5, we were amazed at the quality of the video footage. The wide-angle lens captures a really good range of your shot. The image does have a curved look, but it can be corrected by using the software. GoPro claims that correction is almost flawless and a least amount of the area is cropped in order to retain the straight image. Shooting 4K videos is bliss and the footage is crisp, clear and awesome. Photos are equally good. Burst images and timelapse images don’t turn out blurred or distorted — the shutter speed is fast and your images are sharp. The electronic image stabiliser does a good job as long as you are mounting it to something stable or your body. If you are using a wrist strap and using a two-wheeler, there’s nothing that can help you as the video footage is almost useless since the bumps in the road can ruin your frame. 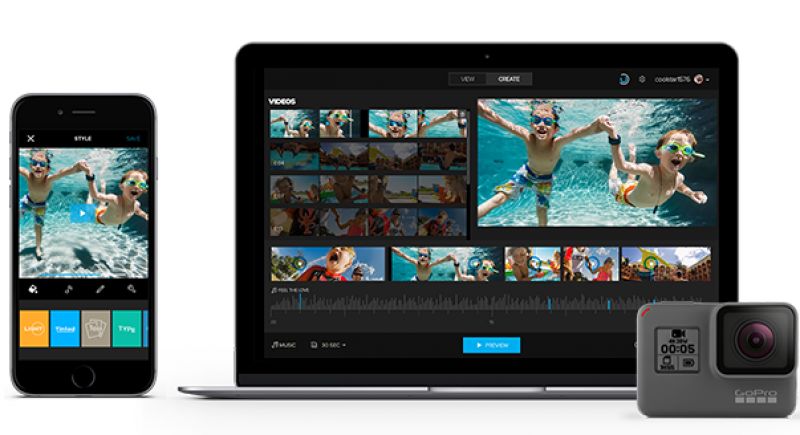 Learn more about the video stabilisation which works in tandem with the software to get excellent, stable videos:

Check out some of the photos taken from the GoPro using the TimeLapse photo mode in 0.5s and a few videos shot in 4K@60fps. 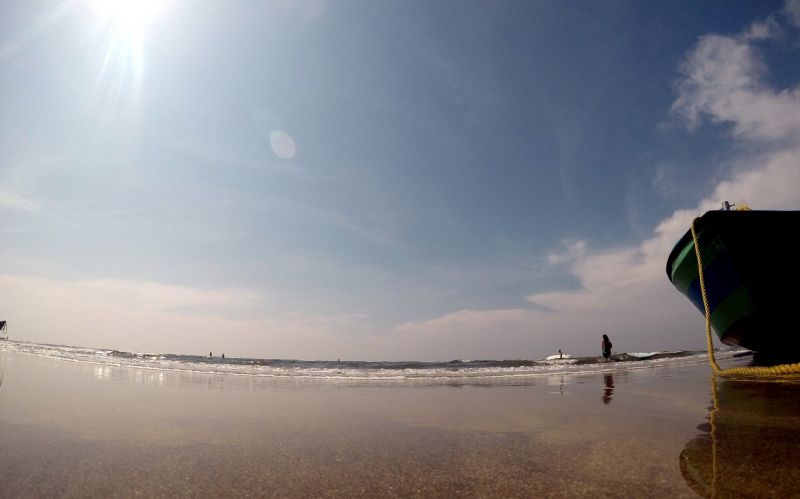 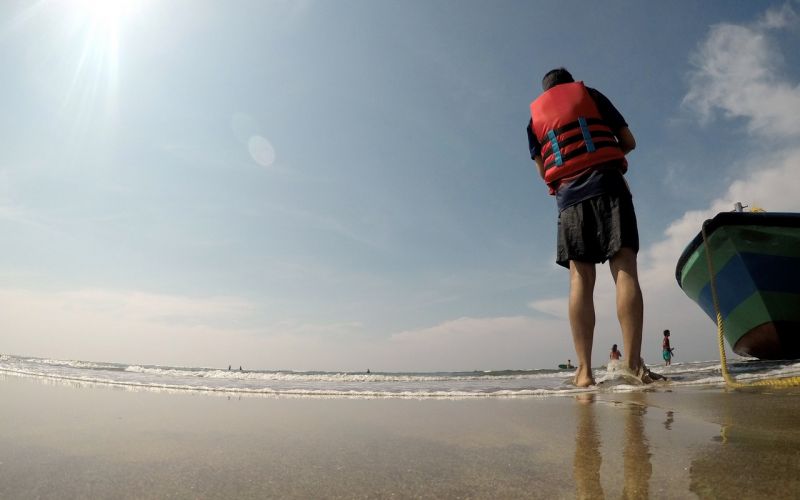 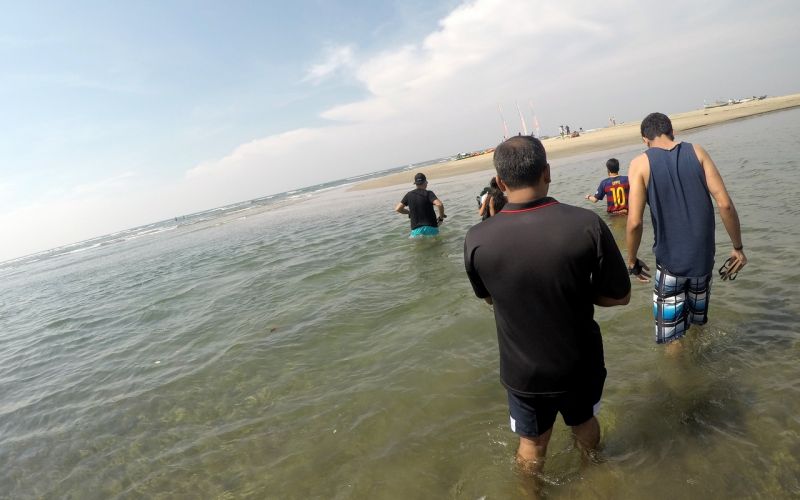 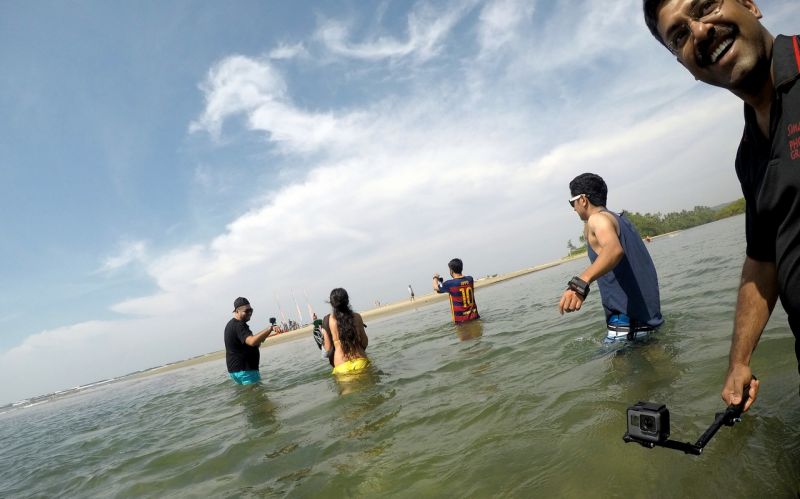 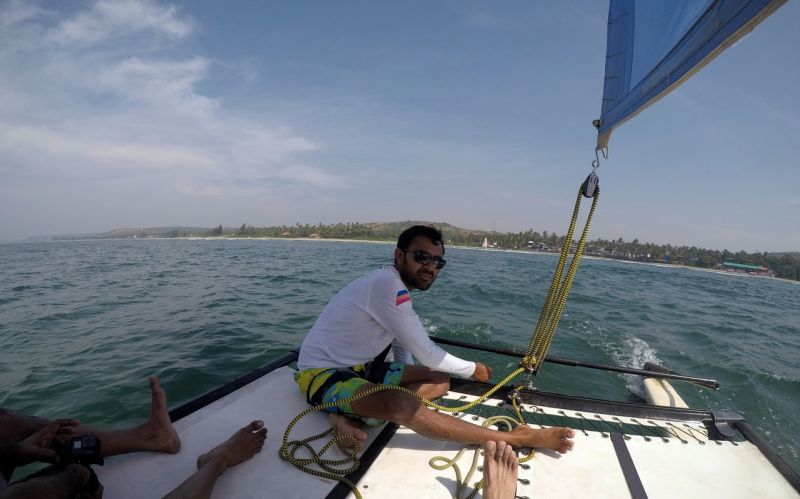 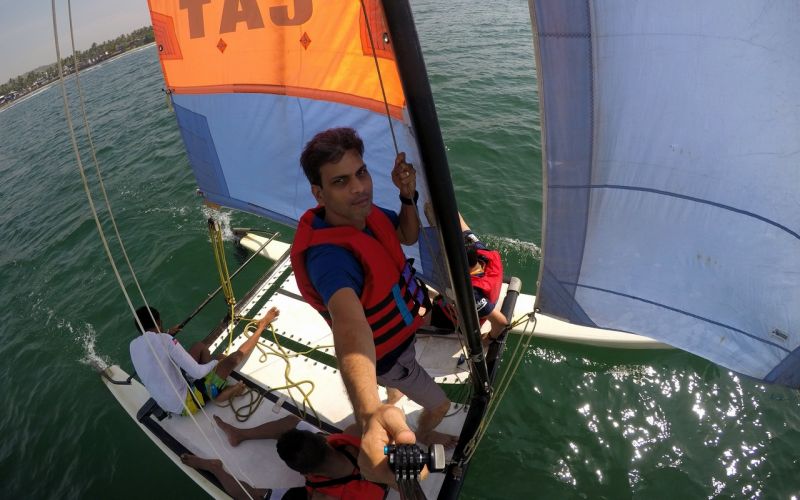 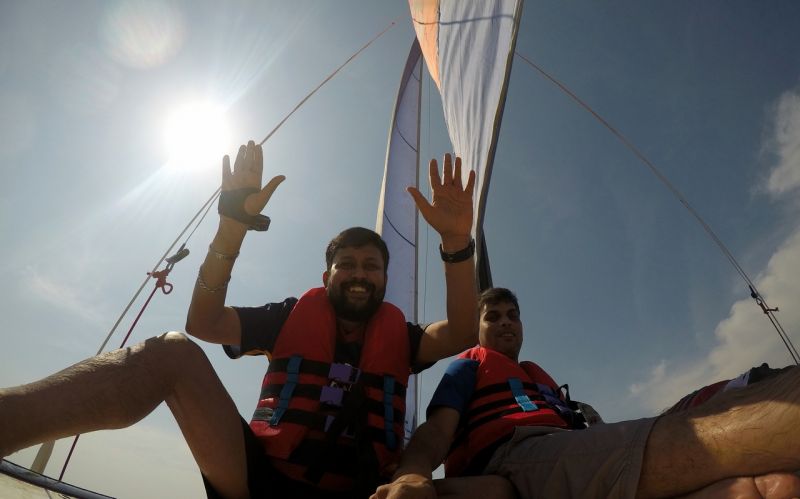 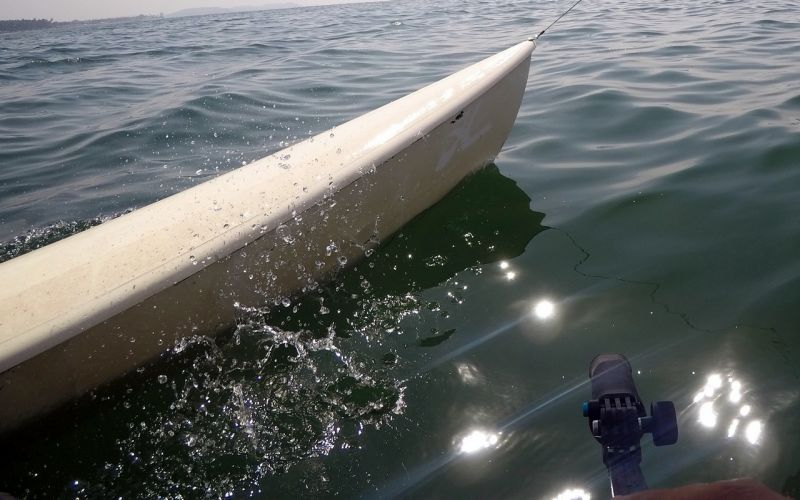 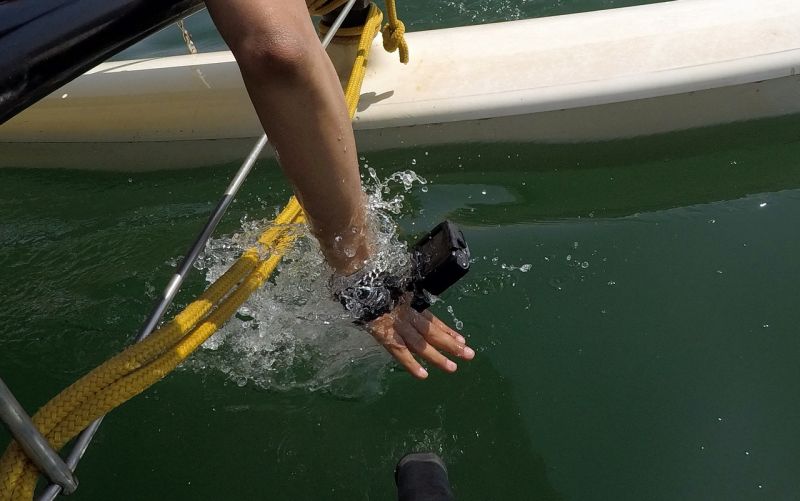 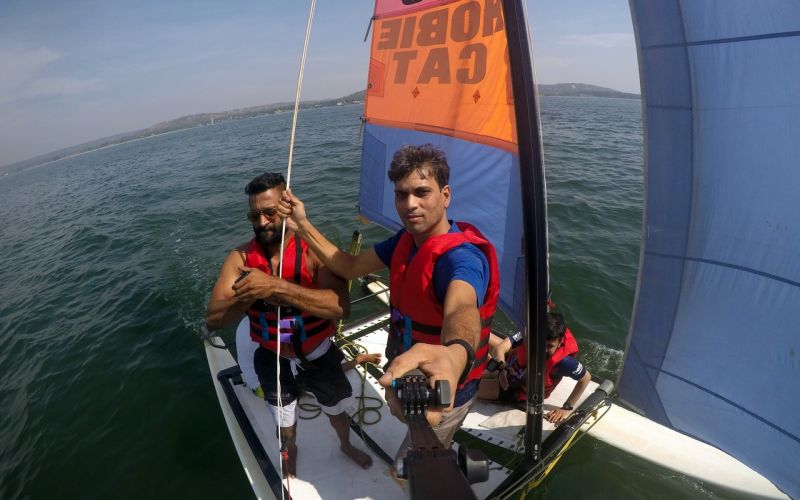 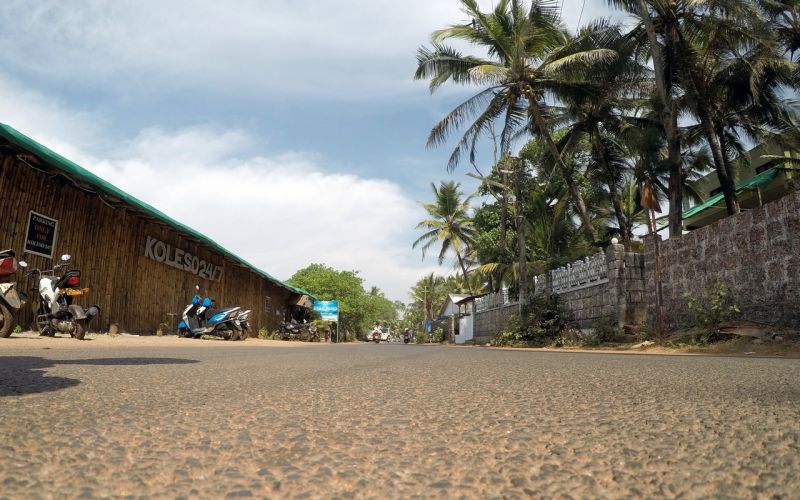 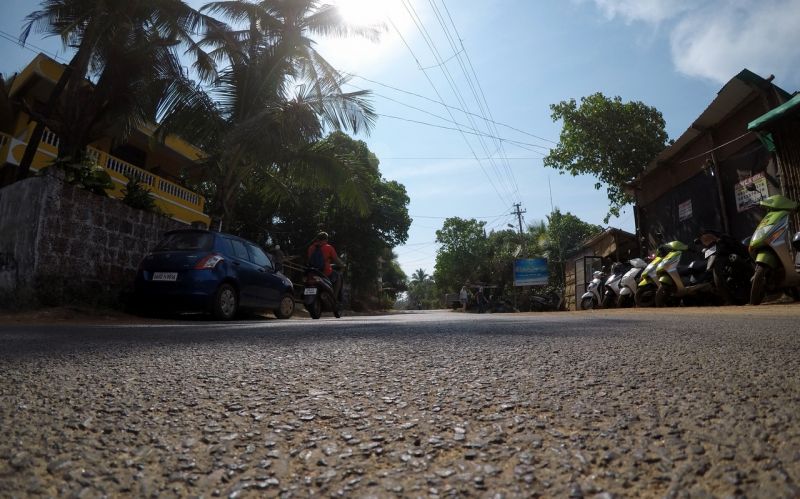 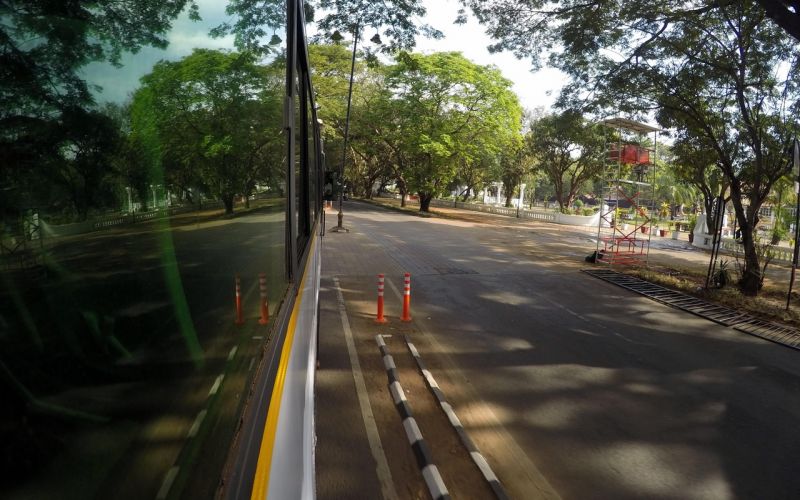 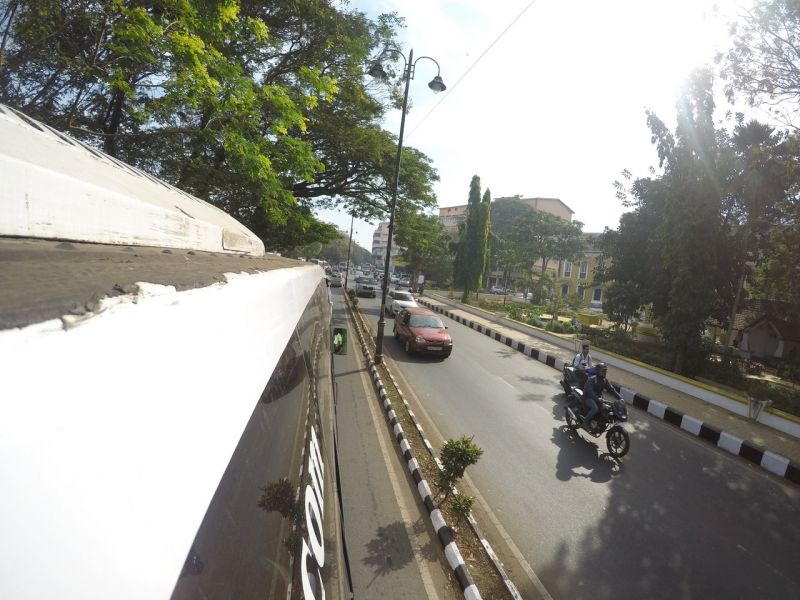 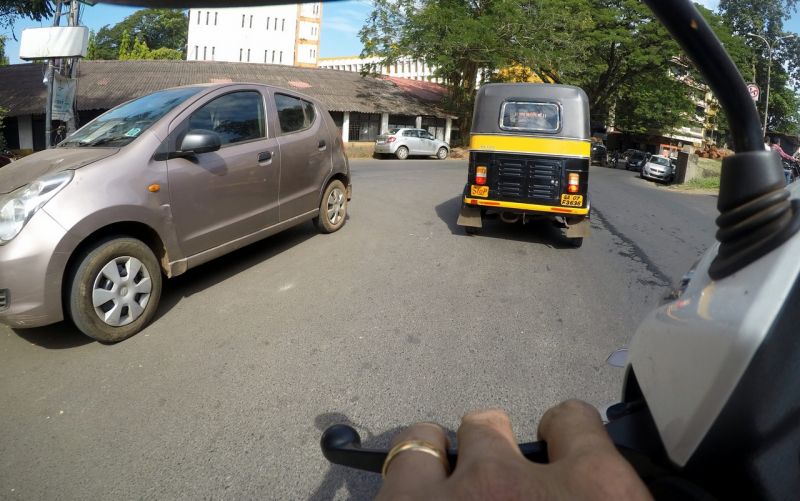 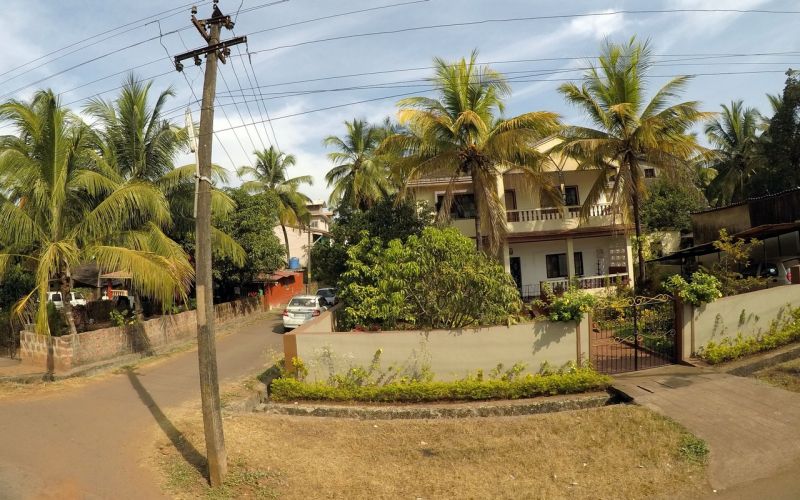 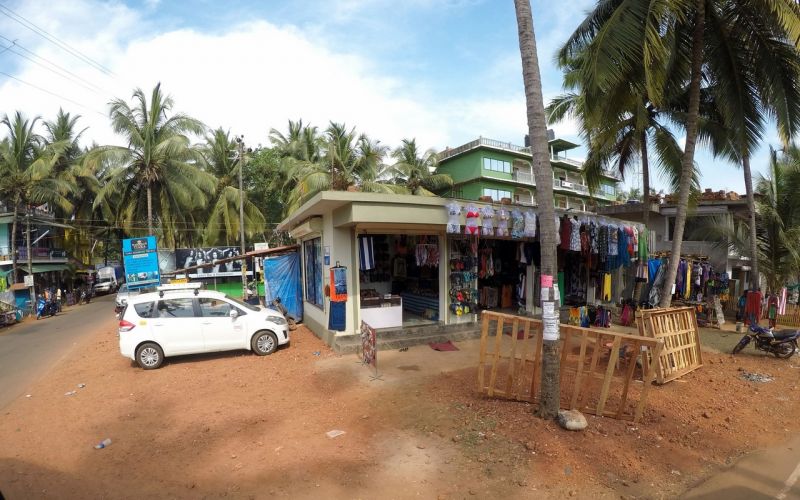 Concerns: Though the camera is bliss when recording professional to casual videos, we found some areas that GoPro should work on. There are some of the shortcomings of the Hero5 Black that we would like to highlight.

Firstly, the most important factor which should be addressed is the battery life. The battery can give you a maximum of around an hour with 4K enabled. This is fairly little when it comes to professionals who are continuously taking shots when outdoors. Though charging is fast, one still has to wait for the device to charge for the next few shots, accordingly. If you are using it for lengthy videos, you should make sure you carry additional batteries along so you don’t miss out on important events or waste precious time waiting for charge. Do note, the Hero5 now has a battery sensor, which will not allow the camera to operate with third-party batteries. Though it is a safety precaution, the cost of original GoPro batteries could add up to the investment.

The second concern was the storage, which is limited to just 64GB. With the market already witnessing storage cards on the other side of 200GB, it would be a boon for those who wish to shoot lengthy videos. Though Wi-Fi smartphone backup is an option, your smartphone will definitely not be able to hold up as much. Carrying additional flash cards is the only option.

The third concern was Wi-Fi transfer. Backing up or transferring photos to the smartphone is pretty time consuming. Transferring around 30GB of footage consisting of photos, burst images and videos itself takes more than half an hour. This not only kills the battery life on the Hero5, but also on the smartphone.

While the above points are what should be worked on, we did find two issues, which probably GoPro should work on immediately. The first one was that the test camera has a firmware bug, which was acknowledged by the GoPro team while testing it. The firmware bug would get into an infinite loop while saving the timelapse photos and one would have to pull out the battery in order to reset the device. And lastly the second one was with the device overheating. When connecting the camera to the smartphone using the wireless network, the app would help transfer the photos to the smartphone, but the camera would heat up to quite an extent, concerning the user about the product. Also, the device consumes a lot of battery power in the process.

Overall, there’s no doubt that the GoPro Hero5 is one of the best and tiniest action cameras out there which is capable of shooting videos in 4K. The device is super simple, with a one-button operation and a rugged, waterproof body. In fact, anyone with a GoPro can now become a quick cinematographer. All you need are the right mounts, a fully charged battery, a large memory card and environment. GoPro Hero5 is available in India for a price of Rs 38,000 which includes a two mounts and the camera.

About time? Google boss calls for regulation of AI

Give your home a makeover with Samsung Republic Day offers

Apple to replace this faulty product for free

Privacy, once hidden topic, gets attention at CES tech show