Mi Power bank 2i review: Super-fast charging in your pocket

The styling of teh Mi Powerbank 2i is very minimal and you get a plain black look all over the device.
Rating:

Power banks hit a low when smartphones started adopting bigger batteries with fast charging support. The whole point of having a portable power brick on your person at all times was obliterated when phones could go from 0 to 60 in 30 minutes, right? Wrong! 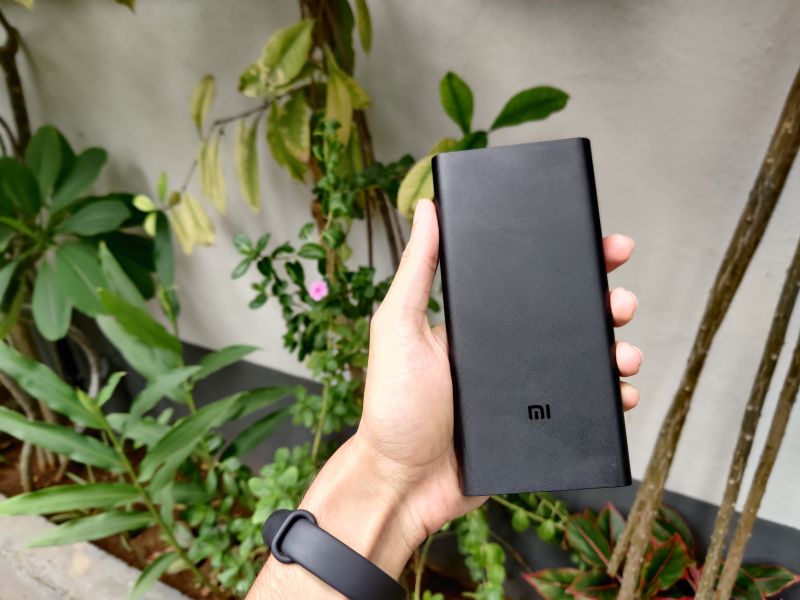 Enter, the Xiaomi Mi Power Bank 2i. This big brick of a power bank (quite literally) has a 20,000mAh capacity, and if you thought that mediocre specification was its USP, it’s not. The 2i has two-way fast charging support, which translates to this—It can actually fast charge your device at 18W, and it itself charges at 18W too. We reviewed the accessory to see how good the 2i actually is.

The 2i almost immediately strikes as a bigger device. It is not only larger than most power banks in all dimensions, but it is also heavy as well. The device weighs 430 grams and you can feel the bulk when you hold it in your hands. The brick is also heavier than most other 20,000mAh bricks and you don’t want to drop it on top of anything. While it isn’t really very pocket friendly thanks to its bulk, you could carry it in your pant pockets, but we’d advise you to keep it in your bag instead. 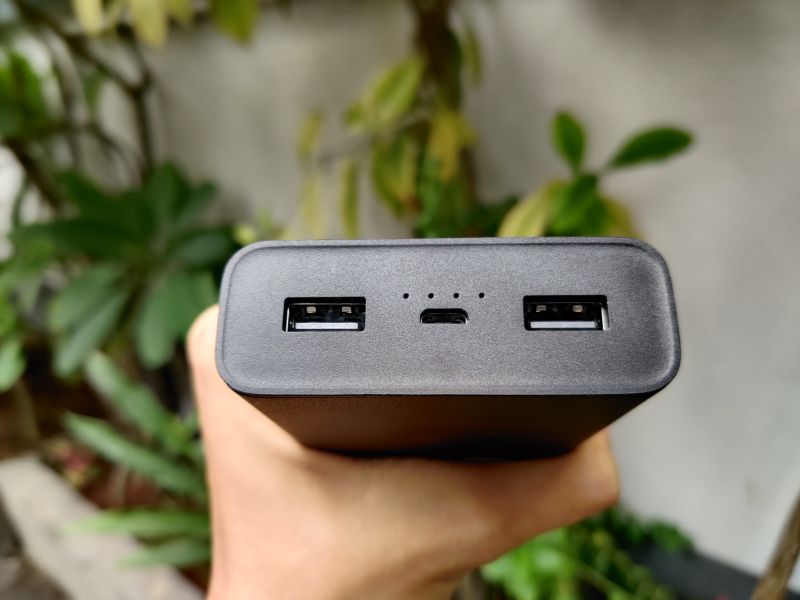 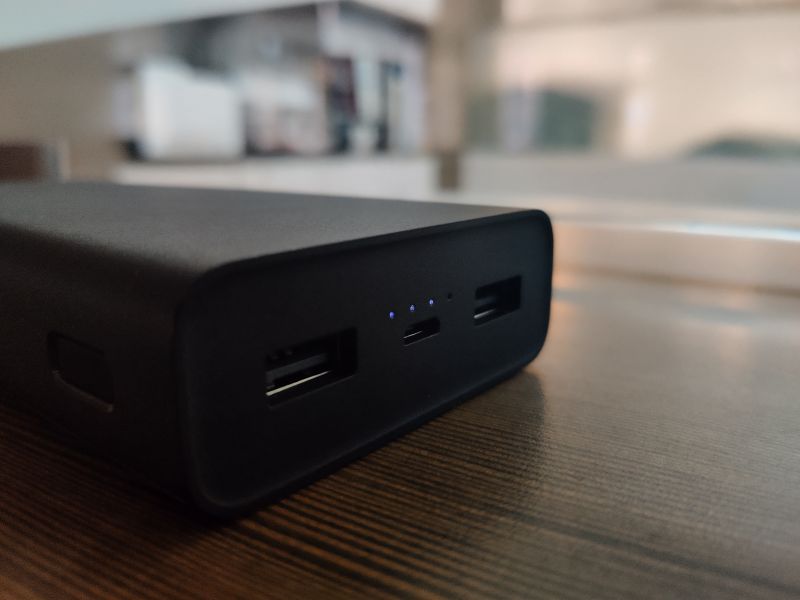 The 15.1 x 7.2 x 2.6cm device is available in three colours. A red, a white, and a sandstone black, which is the one we have with us. The sandstone black is more of a slightly textured regular matte-like black surface and isn’t the grippy sandstone black that you might remember from the back of the OnePlus One. That being said, the grip of the device is average, it isn’t very grippy, neither is it too slippery.

The styling is very minimal. You get a plain black look all over the device. The front of the device goes clean with a ‘Mi’ branding in the lower middle. The left edge is clean, while the right edge houses a differently textured power button near the top edge. The top edge has two USB ports for charging various devices and one Micro-USB port in the centre to charge the power bank itself. There is also a four-part LED to show the battery levels. 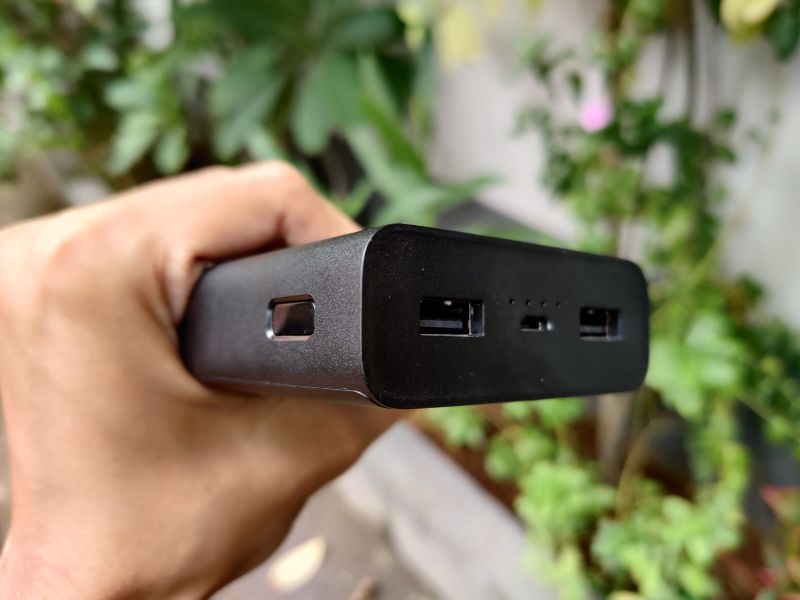 While the horizontal edges of the device are curved, it is still angular and can be set straight on any of its six faces. The build of the device is pretty solid. There are no weird creaking sounds or bending faces. The power bank is built actually like a brick and just exudes sturdiness.

The 2i comes with a 20,000mAh capacity, along with a few neat features. Firstly, the fast charging on the device works both ways, so you can fast charge your phones at 18W, and the power bank itself too. The brand claims the capacity is capable of charging phones like the Redmi K20 Pro and the Redmi Note 7 Pro three times over, and the iPhone 8 can be charged 7 times. 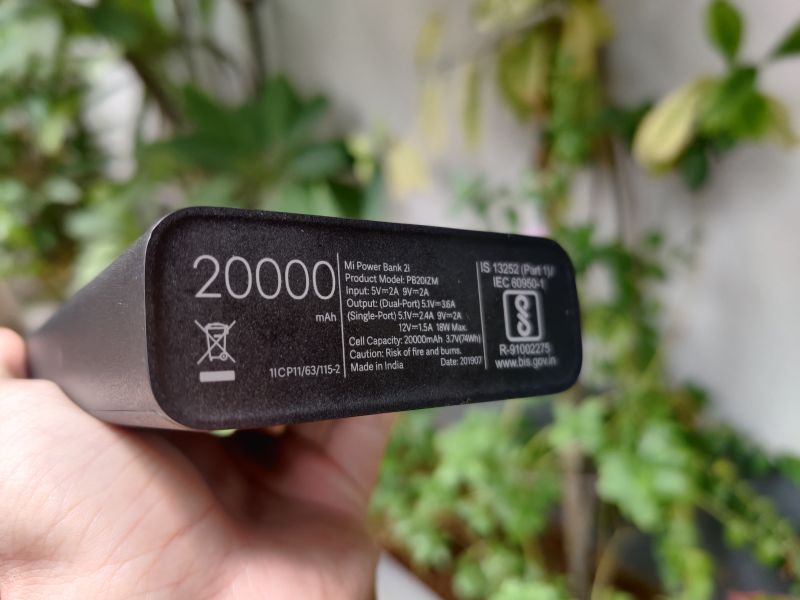 There are two output ports and you can charge two devices together. They need not be just smartphones, but pretty much anything that uses USB charging, including speakers, fitness trackers, and even other power banks. Moreover, both ports smartly detect when a phone supports fast charging and when a phone doesn’t and irrespective of which port you plug the phone in, the device charges it accordingly.

Charging times for the power bank are big. You need over 6 hours to completely charge the 2i on 18W fast charging, and 10 hours on a regular 10W charger. But do note that even a 50 per cent battery on the device means you have roughly 10,000mAh of power with you. If you do have an 18W or higher charger, an overnight charge should top up the Xiaomi 2i.

A formidable device, the Xiaomi 2i can function as a regular everyday portable charger but it is ideal for those long trips where you may not have access to a wall charger for a couple of days. The product’s greatest strength according to us was its affordable price point of Rs 1,499. With a huge 20,000mAh capacity, 18W two-way fast charging support, 9 layer circuit protection, smart detection, two USB ports and 6 months of warranty, the Xiaomi power bank 2i is a total 10/10 when it comes to value for money.