Wireless earphones have not really succeeded in creating a buzz among music lovers. Though it is popular among people who love to work out or jog in the company of some peppy audio tracks, ardent music lovers don’t really ‘like’ the concept of wireless headphones.

A friend, who is a sound engineer, once told me that that he only prefers regular earphones. According to him the clarity, bass, and tonal quality is much greater on wired earphones in comparison to the cool, wireless ones.

In fact, most sound aficionados will tell you that Bluetooth earphones will never be their first choice as the sound is no where close to the regular ones, which pack a lot more power, without having the need to charge over and over again.

On the contrary, it’s not exactly true that wireless Bluetooth earphones have an appalling sound quality; they do produce decently good sound but design and aesthetics should be of paramount quality.

Well, I had a chance to review the ifrogz FreeRein Reflect wireless Bluetooth earphones and though it is a wireless earphone, it does perform quite well. Here is my review of the same. 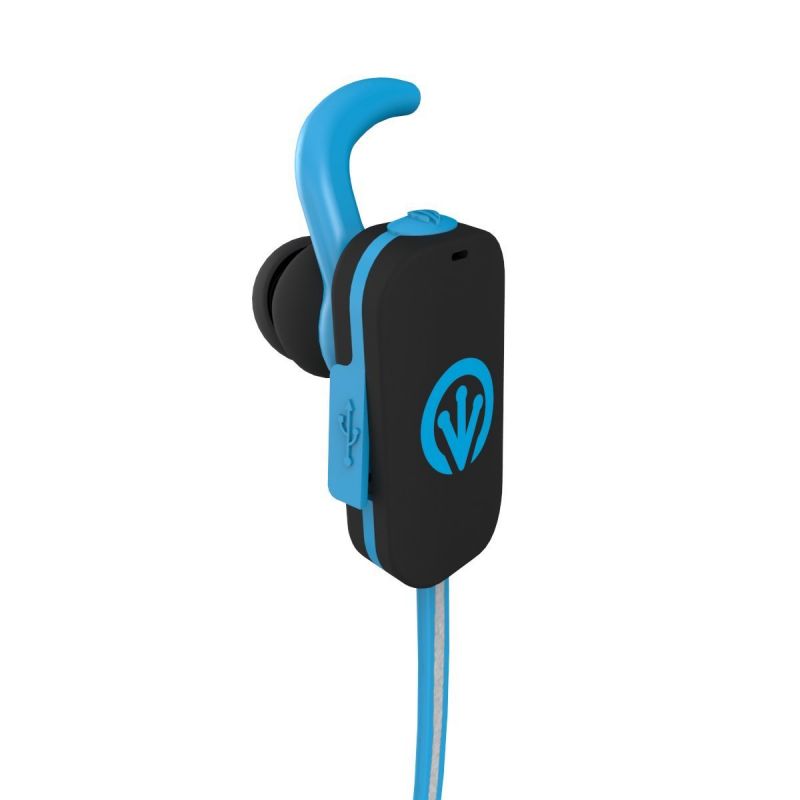 When it comes to connectivity, it can be connected to any smartphone with Bluetooth and can function properly over a distance 12 feet approximately in an open environment, which is more than sufficient while you are running or jogging.

Moving on to the design of the Reflect, the small earphones come in myriad colours including blue (the one I received), red, green, yellow, orange, black, purple, and pink. It looks sporty and sleek, with a tiny wire, which doesn’t tangle up like the regular wired ones.

Along with the earphones, you also get nice sporty-looking pouch to store your earphones safely; a microUSB cable to charge the device and extra ear-tips, in case you need them in future. 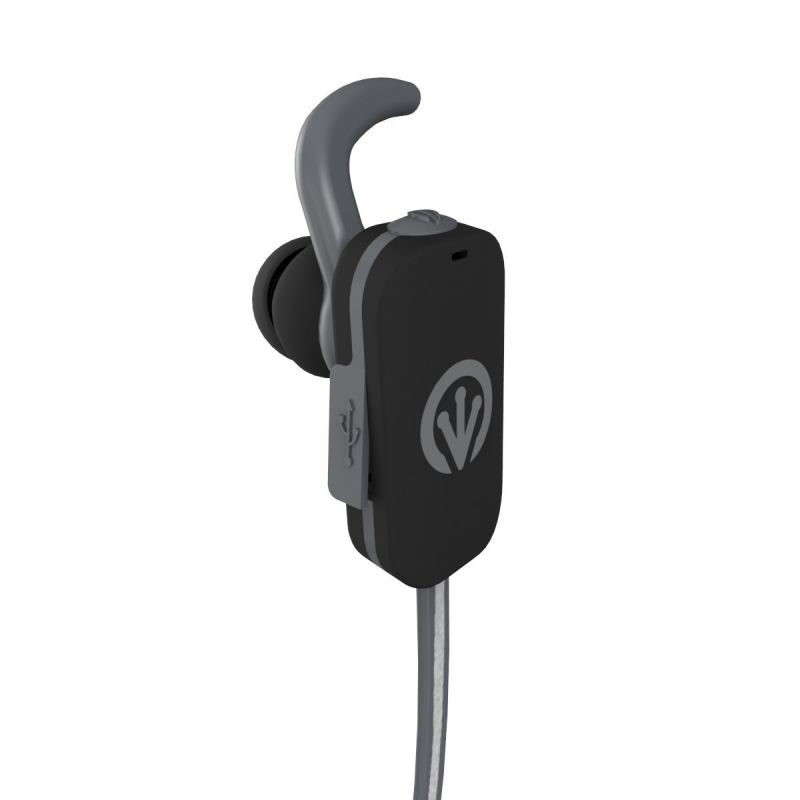 Its plastic and rubber finish also adds flair to its pepped up colour combos and surprisingly, its pretty hard as well. The material looked really good and should handle some bouncers with ease. However, it’s best you keep these devices safe, as the controls on the right ear phone might stop working. 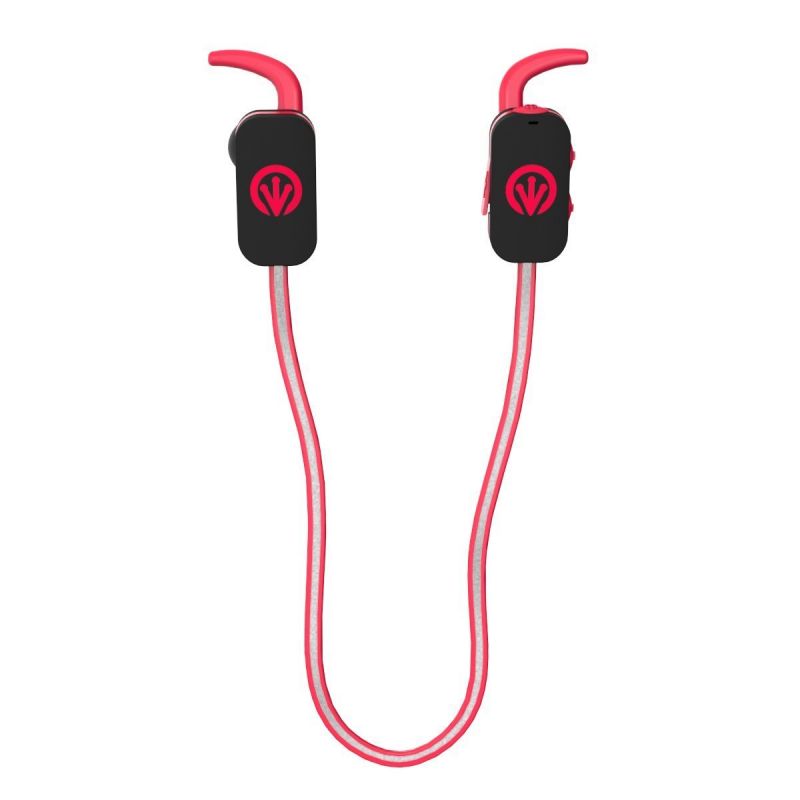 The right-hand side of the earphone has all the visible controls along with a LED light indicator that blinks blue and red when turned on. The power button that doubles up as a play/pause button rests on the top, while two other buttons to regulate volume are on the side. However, I felt that the buttons were a bit hard to press but that wouldn’t bother much during running if you keep your songs queued before starting.

The microUSB port also has a rubber flap that protects any thing from damaging the insides of the earphone.

On turning the devices a blue and red light blinks until it detects a device. One paired, you can start playing you favourite tracks. The audio quality, though not great, does enough to keep you engaged during a healthy session of exercise or a run. The comfort quotient on these earphones are also decently good as it won’t ever pop out of your ears unlike some do. 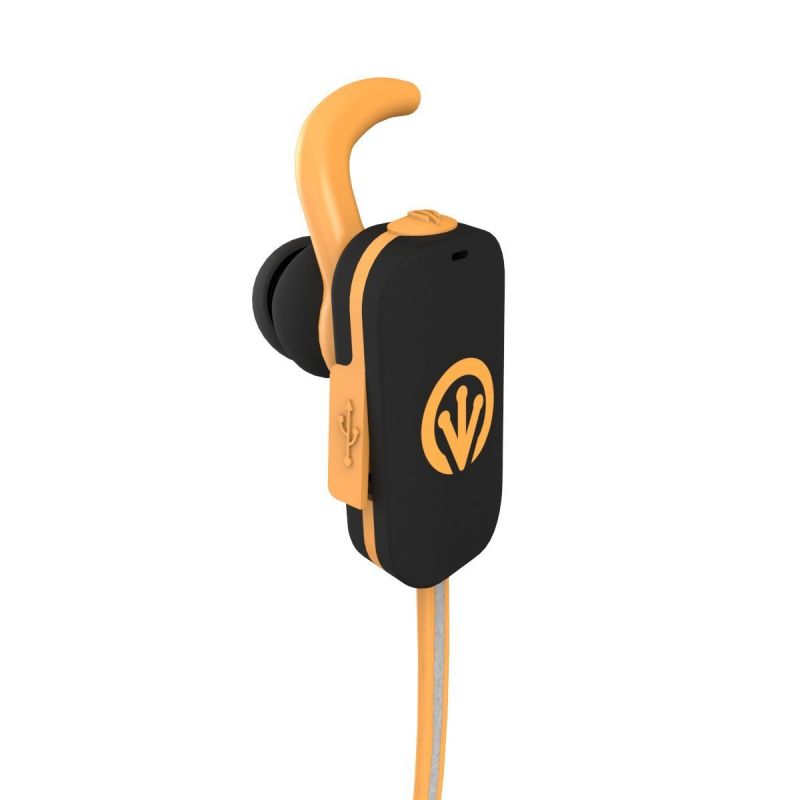 The best part is that the earbuds perfectly block your ear canal so you don’t always have to play it in high volume. But at one point of time, you’ll definitely feel that the audio quality is not as good as you would expect it to be; this I believe is due to the frequency range. None-the-less, the Reflect is a commendable wireless headphone.

Last but not the least, the battery on this device is a tiny 65mAh one, which the company earlier touted to last 4.5 hours on a single charge. However, it really depends on the volume of the songs. When I put it on, it could easily play songs continuously for 2 hours, with more juice left in its jar.

Verdict: All-in-all, I am not really sure if you should buy the headphone if you want to use it at home; you would rather get some thing better in the same price range. The ifrogz FreeRein Reflect is priced at Rs 2,999, which I feel is a bit too overpriced but it has some qualities that makes it an extremely good workout and running companion.

The interface is easy to understand and the controls are easy to use, making it great for the occasional exerciser in you.  As I mentioned at the start of this review, if you love to spice up your exercising sessions with some music, these earphones are just perfect for you.