Acer has unveiled its new Swift 5 notebook powered by Windows 10, the latest Intel Core processors and claims to have a battery life lasting through the workday and also in a portable design. 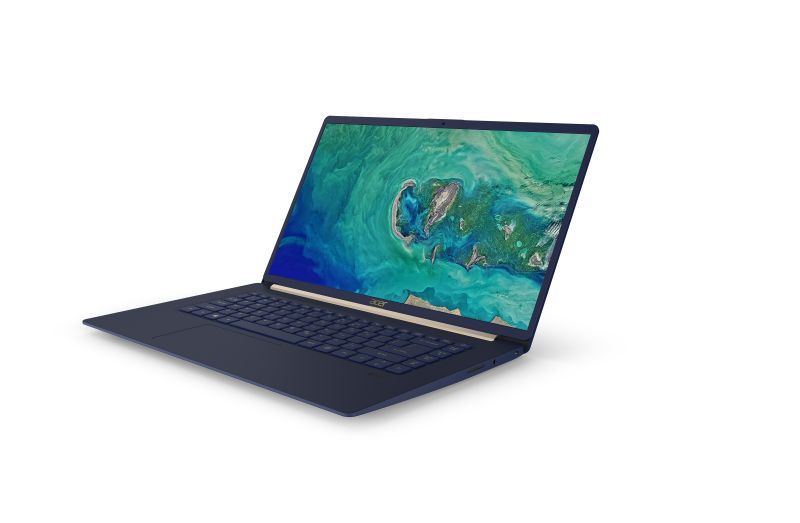 The company claims that the Swift 5 is constructed with materials including ultra-light magnesium-lithium alloys for the top and bottom cover, and magnesium-aluminium alloys for sturdiness on the palm rest area. The Swift 5 features Intel Wireless-AC 9560 which claim to offer 2x2 802.11ac wireless Gigabit performance that assures to enhance streaming, sharing, conferencing and gaming experiences.

With up to 1TB of SSD storage and up to 16GB of DDR4 memory, the laptop is acclaimed to be fast and responsive, while connectivity is provided through one USB 3.1 Type-C Gen 2 port (10 Gbps data transfer, supporting power delivery and display output), two USB 3.1 Type-A ports (one with power-off charging functionality), an HDMI port, and an SD card reader. The Swift 5 supports Windows Hello through a fingerprint reader, allowing users to log in to their accounts securely.

In addition to the thin series Swift 5 laptop, Acer has also unveiled two new Predator Helios gaming notebooks. They include the company's acclaimed powerful Predator Helios 500, featuring up to 8th Gen Intel Core i9+ processors, and the Predator Helios 300 special edition includes upgraded specs from its predecessor and a  white chassis. Both feature VR-Ready performance and advanced thermal technologies.

Designed for extreme gamers, the Predator Helios 500 series claims to be a gaming beast. Along with the overclockable Intel processors, the laptops also feature overclockable GeForce GTX 1070 graphics. Intel Optane memory promises increase in responsiveness and load times, while NVMePCIe SSDs, Killer DoubleShot Pro networking, and up to 64GB of memory and the Helios 500 claim to make this laptop ideal for gaming the graphics-intensive titles and also live streaming.

The Helios 500 is backed up by two of Acer’s proprietary AeroBlade 3D metal fans, and five heat pipes that distribute cool air to the machine’s key components while simultaneously releasing hot air. Fan speed can be controlled and customised through the PredatorSense app.

A backlit RGB keyboard offers four lighting zones with support for up to 16.8 million colours. Anti-ghosting technology promises to provide the control for executing complex commands and combos, which can be set up via five dedicated programmable keys.

Acer’s PredatorSense app can be used to control and monitor the notebook’s vitals from one central interface, including overclocking, lighting, hotkeys, temperature, and fan control. 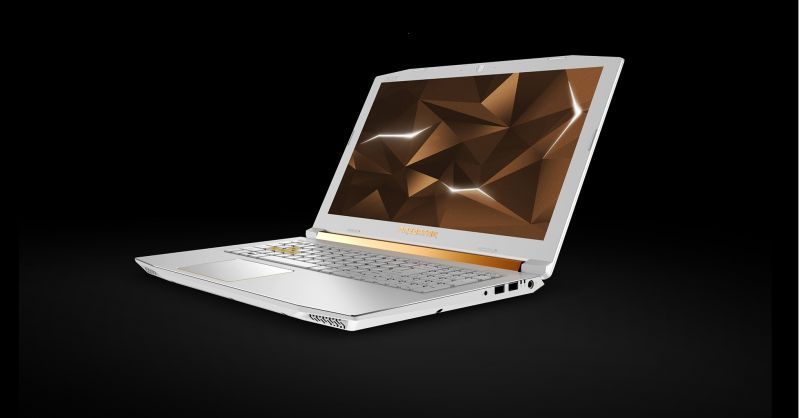 The Helios 300 special edition (PH315-51) promises a smoother gameplay via its 15.6-inch FHD IPS display with an upgraded 144Hz refresh rate. The rapid refresh rate promises to shorten frame rendering time and lowers input lag. It’s powered by up to an 8th-Gen Intel Core i7+ processor, overclockable GeForce GTX 1060 graphics, up to a 512GB PCIe Gen 3 NVMe solid state drive, and up to a 2TB hard disk drive.

The Helios 300 special edition also comes equipped with up to 16GB of DDR4 memory and is also upgradable to 32GB. The laptops also feature Intel Optane memory to speed up load times of games and applications.

In addition, Gigabit Ethernet provides fast wired connections, while Gigabit Wi-Fi is provided by the latest Intel Wireless-AC 9560 that promises to deliver up to 1.73Gbps throughput when using 160MHz channels (2x2 802.11ac, dual-band 2.4GHz and 5GHz).