The Budweiser Red Light Cup: Applaud to emit your love for football

For all of its fancy red illumination, the Red Light Cup is, in essence, an embodiment of the simplest and most affordable technologies that can be used to create a sensational moment for the fans.

The FIFA World Cup 2018 is in full swing with billions of fans joining hands to celebrate the spirit of the world’s most popular sport. Several prominent brands are trying their best make the football watching experience for the spectators around the world a global sensation. Budweiser, a name well-known in the beer world, has announced with a global campaign to do the same. Called ‘Light Up the FIFA World Cup’, the campaign promises niche technological elements to cheer up the fans, involving drones, interactive digital campaigns and the Red Light Cup — the latter being one of the most interesting elements of the campaign.

As shown in the official commercial, the Red Light Cup is the only element of the campaign that will get the fans involved in the celebration without doing anything. The concept of the Red Light Cup is simple — every time fans celebrate a goal or a win, or a miss or shock, they light up the stadiums or whatever surroundings they are in, making for a highly visual spectacle. Budweiser states that around 8 million such cups will be deployed across more than 50 countries, with cups sporting some variation in colours and languages. All the fans have to do is buy a Budweiser beer at the official FIFA supported stadiums and screenings organised outside Russia by Budweiser — for every beer, Budweiser will serve them in the Red Light Cup — no additional charges for the cup.

For all of its fancy red illumination, the Red Light Cup is, in essence, an embodiment of the simplest and most affordable technologies that can be used to create a sensational moment for the fans. The cup resembles a large beer serving, and is made of plastic. The bottom houses a some circuitry, which is a simplistic sound-activated lighting system — a microphone, a set of LED lights, the circuitry and a tiny non-rechargeable battery. 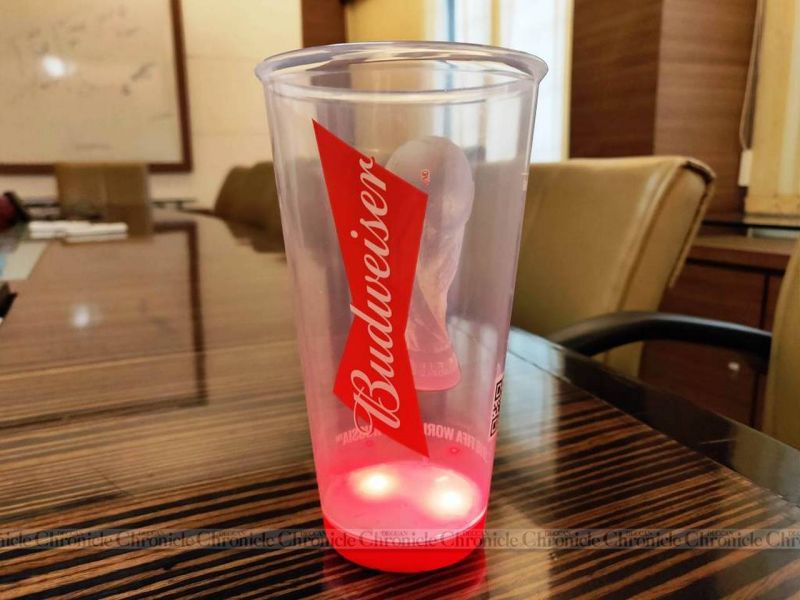 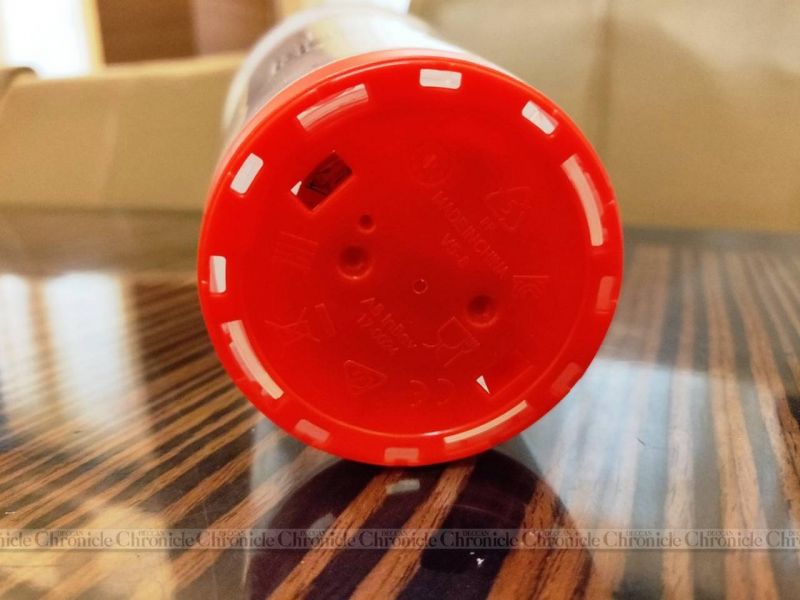 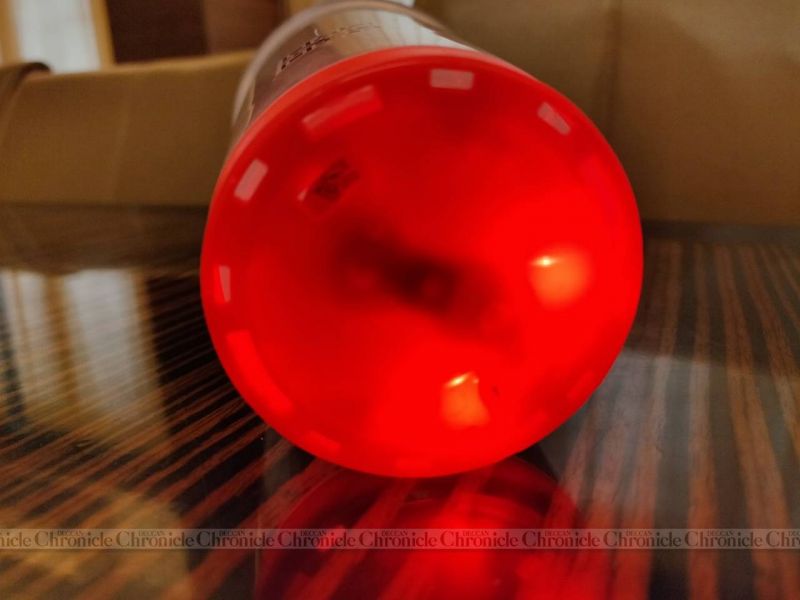 There’s a plastic tag or strip at the bottom that keeps the battery disconnected from the circuitry in order to keep power on the cup only when it has been handed out — Once the beer is poured into the cup, the tag is pulled out, activating the lights. The tag will not enter back in, so it is a one-time-use cup only. The cup keeps listening through the microphone all the time, for higher decibels of noise. When the cup detects the fans cheering out loud, it lights up the LEDs. The microphone triggers the internal circuitry, which in turn lights up the cup. The higher the intensity of the noise, the longer the LEDs keep glowing. 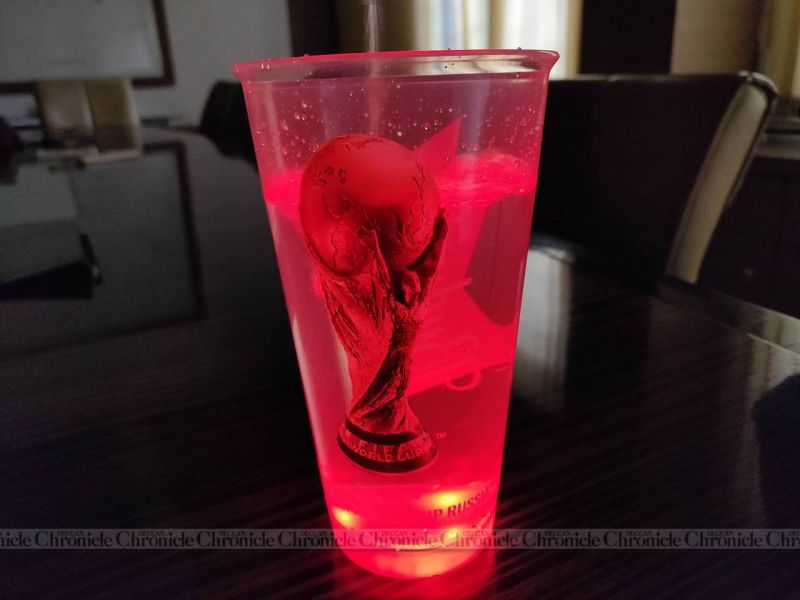 While the idea may be pretty simple, the implementation certainly attracts attention from those who aren’t even fans. Therefore, it comes across as a collectable item, especially if you live and breathe football. However, since the cup is part of a global campaign, it’s executed on a tight budget and therefore has certain limitations if you are willing to see that illumination last for a while. The battery is not user replaceable, which is why the lights should last out for a match or two (unless you are willing to fiddle around and replace the battery — which is possible if you are a techie). Additionally, the cup is a disposable unit, which means that it won’t be fit for reuse after you put it in the dishwasher or clean it meticulously to prevent ingress of water in the bottom cap. It can be at best left to sit on the shelves, post the matches. 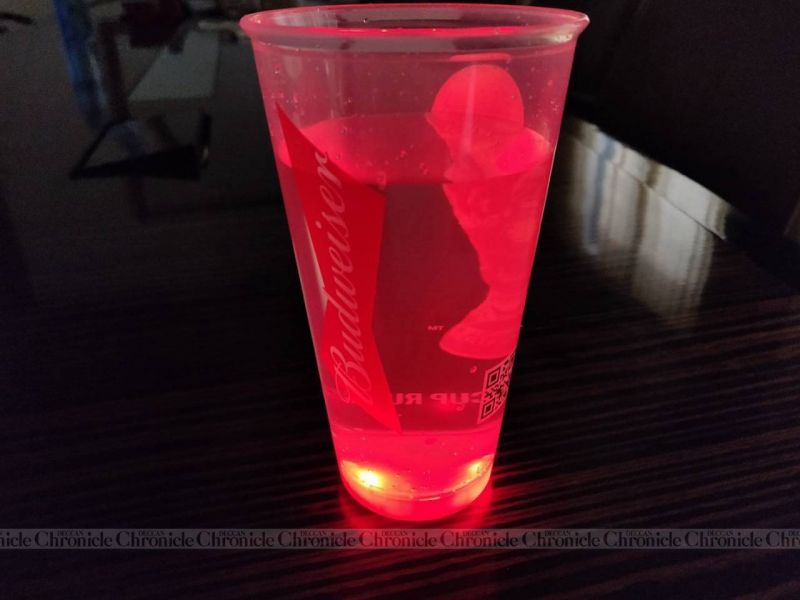 However, if you fancy having a Budweiser while chilling out with your mates enjoying a FIFA match, then head over to the nearest FIFA stadium. If you cannot make it to Russia, then Budweiser has it planned for its football fans screenings in several Indian cities as well. Live screenings of FIFA matches will be hosted at all Bud90s outlets, with the full 90 minutes of FIFA match screenings in several cities in India. These include places across Mumbai, Delhi, Bangalore, Kolkata, Hyderabad, Guwahati, Goa, Pune and Pondicherry.