Boasting flat cables throughout, the RockStar ensures that you’re not left frustrated as it is tangle-free.
Rating:

In 2016, with the iPhone 7, Apple ditched the headphone jack which left a large chunk of its users without the option of using their own pair of earphones or headphones. In its place, Apple started bundling the EarPods with a Lightning connector and while this is a solution for most, one major issue with it is its less than favourable build quality and passable audio quality.

Seeing that this space of products is ripe for the taking several brands started introducing their own products complete with a Lightning connector and this helped users in enhancing their music listening experience as the quality was far superior to what the EarPods offered.

Belkin is one such brand who has stepped into this space and they’ve introduced the RockStar headphones with a Lightning connector. This model comes with quite a few niceties and the major highlights here are the supreme construction, splash-resistance and noise isolation.

After spending a few days with these MFi-certified earphones, here are our unadulterated thoughts on the Belkin RockStar headphones with Lightning connector. 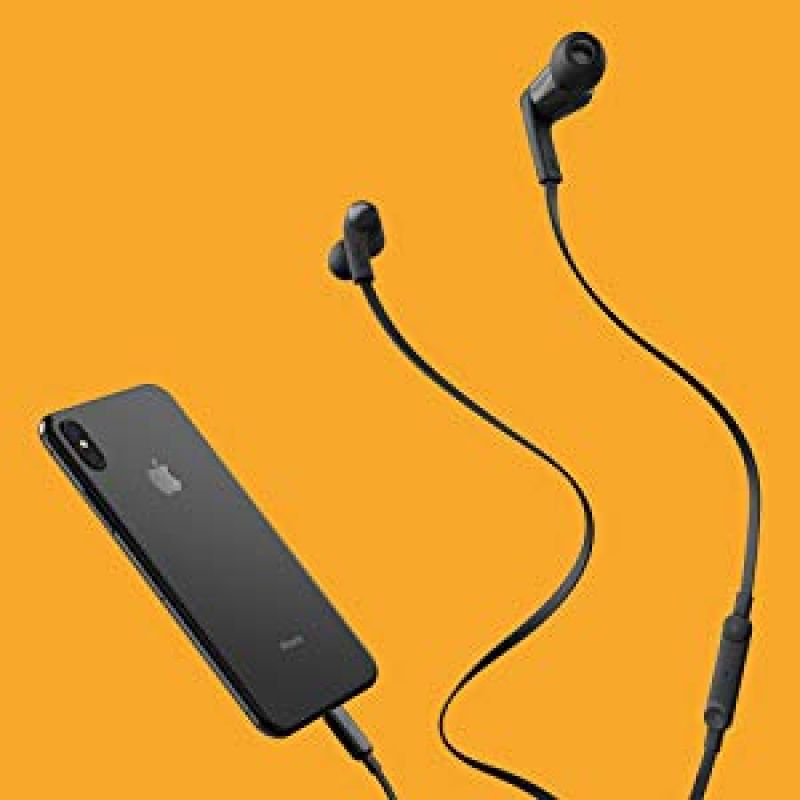 The Belkin RockStar is made to last and this is seen even though it is made out of extremely lightweight materials. Available in two colour options — Black and White, these earphones have an understated appeal that Apple fans will cherish as it comes with a minimalistic design.

Boasting flat cables throughout, the RockStar ensures that you’re not left frustrated as it is tangle-free. Along with being flat, Belkin’s expertise is witnessed here as the cable is not just durable but flexible enough to ensure that once it’s worn, you can forget that it’s even on.

The earbuds are built from premium plastic and it features angled nozzles that sit comfortably in the ear canal. The brand has also thrown in additional sets of ear tips and we advise you to test all three sizes-small, medium and large, to gauge which fits best. The best seal will get you the best noise isolation as there isn’t any active noise-cancellation found here.

The in-line microphone is made of the same plastic and it features a three-button layout. The buttons here are quite tactile and it appears that it could survive the onslaught of regular wear.

Overall, Belkin has built these earphones quite well and we couldn’t ask for anything more. 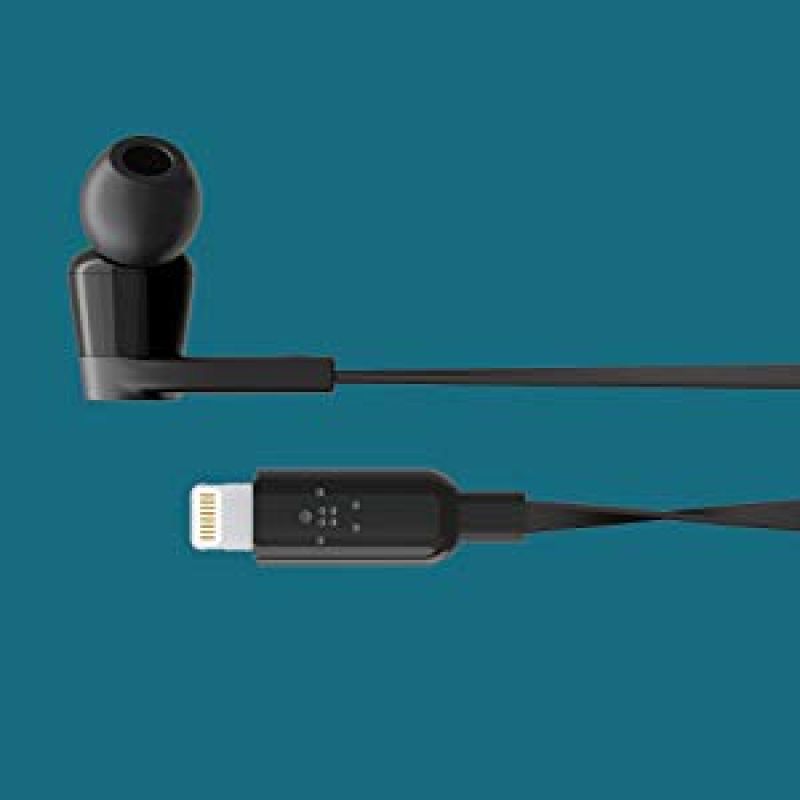 The Belkin RockStar is a pair of earphones that are designed to replace your standard EarPods and for the most part, it fits the bill perfectly. Being wired earphones, there is no charging needed and you simply unbox it and connect it to your iOS device and you’re good to go.

The RockStar is compatible with all Apple iPhones later than iPhone 7 as well as iPad Pro (10.5-inch) and the iPad mini 4. A weird issue that kept on occurring during our testing period was when it was attached to an iPhone 11 Pro and an iPhone XS Max, there was a loss in connection. It was as though the RockStar wasn’t even attached to the device. Also, when the phone was placed in the pocket and the connector was touched, it would not work. The solution to this was to wiggle it inside the port until it started working again. This could be a unit-specific issue and not necessarily a generalized glitch with all earphones of the type. 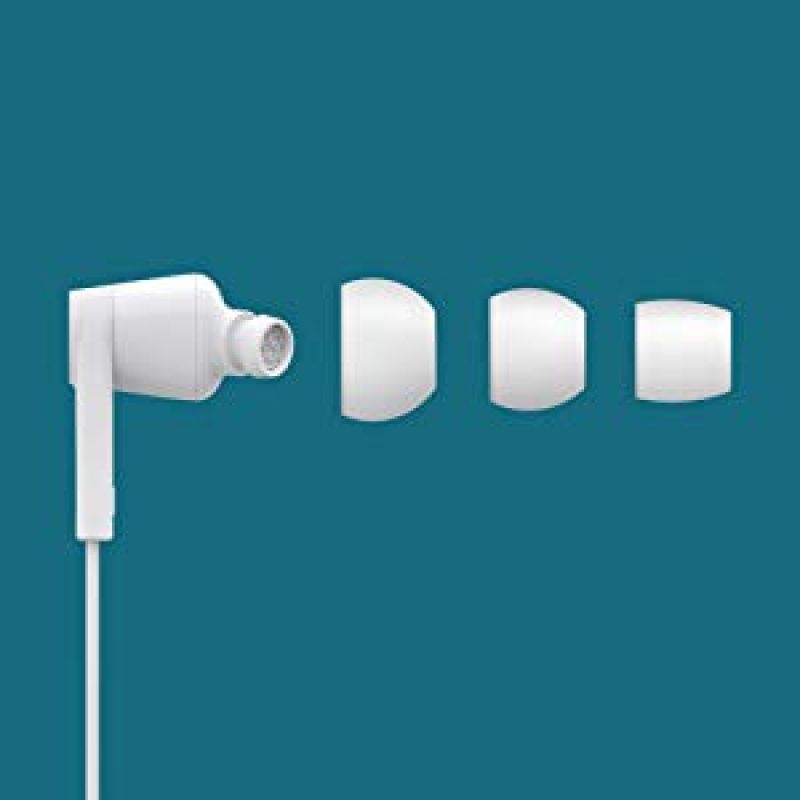 When it came to audio playback, we were pleasantly surprised by the overall quality as it delivered clarity and detail that wasn’t expected. The bass impact is really great and for a pair of earphones priced this competitively, we would definitely recommend it over the EarPods. With that being said, the sound quality is largely dependent on the in-ear fit. And, to achieve the best possible output, you would need to try all the ear tips that come bundled with it. 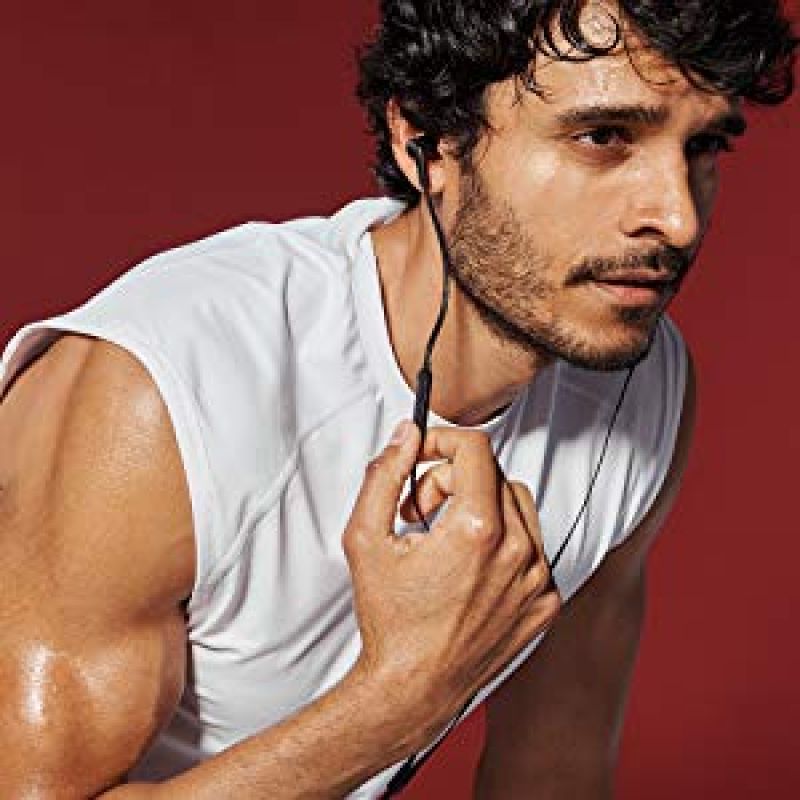