The projector supports both full HD as well as 3D projection.
Rating:

For hardcore home movie watchers, there is a delicate crossover point between a large TV, and a projection system. Beyond 50 -60 inches, the cost of LED television sets shoots up so sharply, they are no longer affordable or practical for the home. If you want to replicate the theatre experience, it makes sense to consider a projection system that allows you to view movies on screens of 100 -110 inch width.

But with TV screens becoming sharper, smarter, projectors have had to scale up too. Epson, the market leader in projectors has recently brought to India, a home theatre model which offers full HD and 3D -- as well as a trickle-down of some key features, hitherto only available in the top-end, semi professional range. In spite of packing in a lot of technology, the EH-TW5300 projector brings a refreshing dummies approach to its controls. Key controls on the remote are replicated on the body of the projector and the menu comes on the screen -- you don't need to grope in the dark to change settings. At home it is always a challenge to adjust the projector so that the image is a perfect rectangle -- one needs a carpenter's spirit level to really do the job. But with this Epson model, it is child's play because they have put in an additional slider to make horizontal corrections, in additional to the vertical adjustments.

This is both a full HD (1080p) as well as a 3-D projector (they are throwing in a pair of 3-D active glasses).But considering the paucity of 3-D videos, they have also included controls so that you can upscale your 2-D movies into 3-D. One should not overstate this feature, because it is nowhere close to the original 3-D experience, but kids might enjoy it. 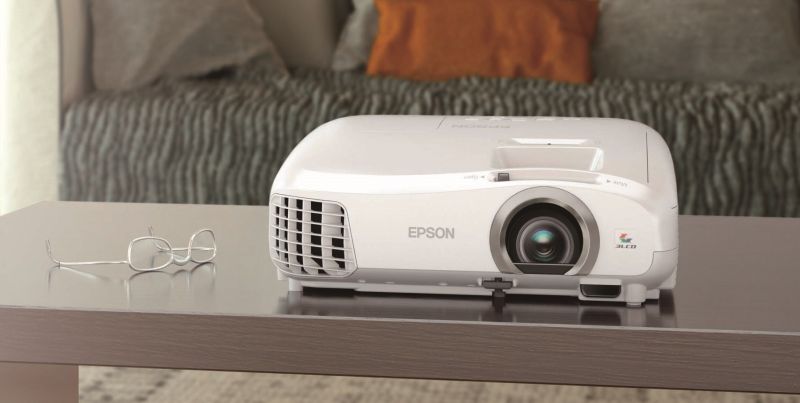 For these times when so much of our video content reaches via our mobile phones, the projector has an interface for MHL, the standard that lets you download full HD from a phone or tablet -- very useful when you want to project something grabbed from YouTube.

One feature not usually to be found in sub-Rs 1 lakh projectors is what is called frame interpolation -- a software trick that smoothens any blurring or jerks in high speed action sequences. Shooter games fans will appreciate. Multiple USB, HDMI and AV ports ensure the projector can be latched on to DVD players, PCs, phones. There is a built-in speaker system -- adequate for most drawing rooms -- but you can always attach external speakers.

The asking price is Rs 76,279 (a bit less at online e-commerce sites). Think of it this way: An average family outing to a multiplex will set you back at least Rs 2,500 (Rs 3,000 if you throw in popcorn and cola). If you do such trips even once a month, the EH-TW5300 will have paid for itself in about two years. After that it's free viewing at home and you can pop your own corn.