Apple hides a secret circuit inside the Lightening-to-3.5mm adapter

Apple’s latest iPhone, the iPhone 7 are more notable for what’s missing than what’s been added, as it has removed the 3.5-mm of headphone jack from its new line-ups, instead Apple has put headphones with lightning port and an adaptor that will let older headphones plug into the digital charging port in the box.

A recent teardown published by a Vietnam-based website Tinhete revealed the mechanism behind the working of the newly designed headphones. As discovered in the teardown both Lightning EarPods and Lightning-to-3.5mm adapter consists of a digital-to-analog (DAC) converter chip, enabling the traditional analog headphone with 3.5mm jack and the new EarPods to function over the lightning connector to deliver digital audio.

Both the chips spotted during the teardown does not bear the name of the manufacturer, however, Apple generally source its audio-chips from Cirrus Logic, which produces digital-to-analog converters.

The teardown performed can be watched in the video given below. 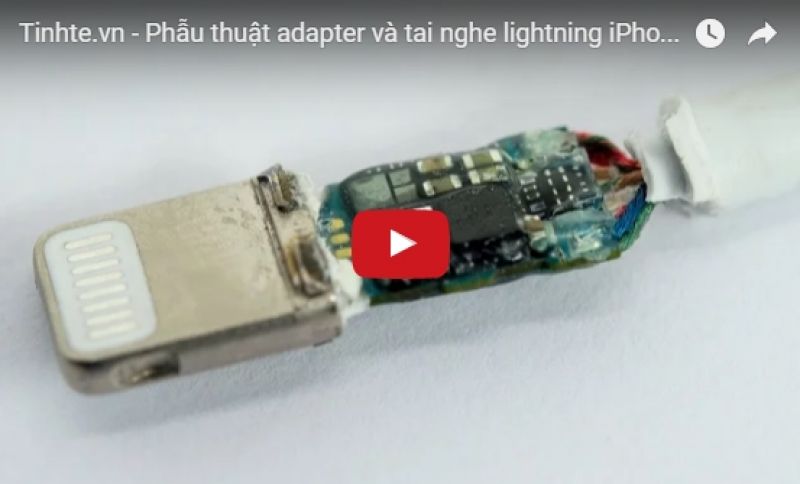