Ever since its inception, JVC has built a name for itself when it came to launching products that featured great Japanese design and quality to match.
Rating:

JVC KENWOOD has recently released a quartet of new earphones in India and after reviewing the JVC HA-FX65BN, the JVC HA-FX103BTA and the JVC HA-FX9BT, we now take a look at the JVC HA—A10T which is the top-end model of the lot featuring a true-wireless form-factor.

The JVC HA-A10T earphones pride themselves on boasting memory foam ear tips which aren’t at all common at this price point which automatically make them an option worth considering since it offers a better seal that makes silicone ear-tips seem like an afterthought. 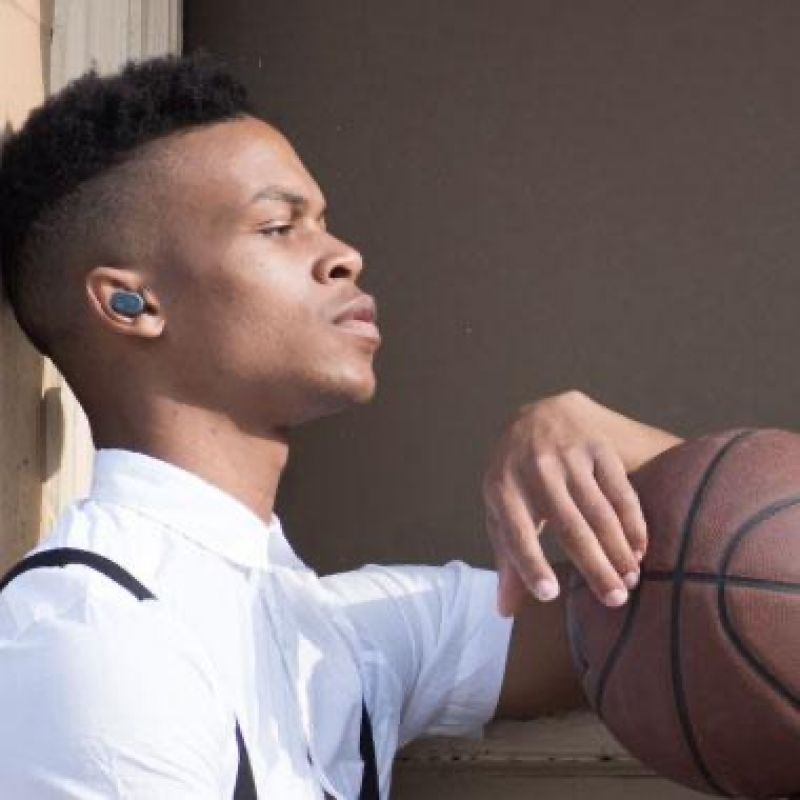 Ever since its inception, JVC has built a name for itself when it came to launching products that featured great Japanese design and quality to match and the HA-A10T is no different. This model may not boast the price tag of some of its competitors but it does boast a build that can rival the best out there. Dressed in premium plastic, this model comes will definitely not disappoint anyone who purchases it.

The earbuds are on the tad larger side and when worn, they tend to stick out of the ear quite a bit. However, some of the best true wireless earphones in the market such as the Bose SoundSport Free also jut out and this hasn’t hampered its appeal even slightly. The JVC model sits extremely comfortably in the ear canal and the inclusion of the memory foam ear tips play a massive role in the overall experience.

Another design feature here which we absolutely loved is the use of angled nozzles. All these design features put together to ensure that you do not just get the best possible fit, but also provide great passive noise isolation. 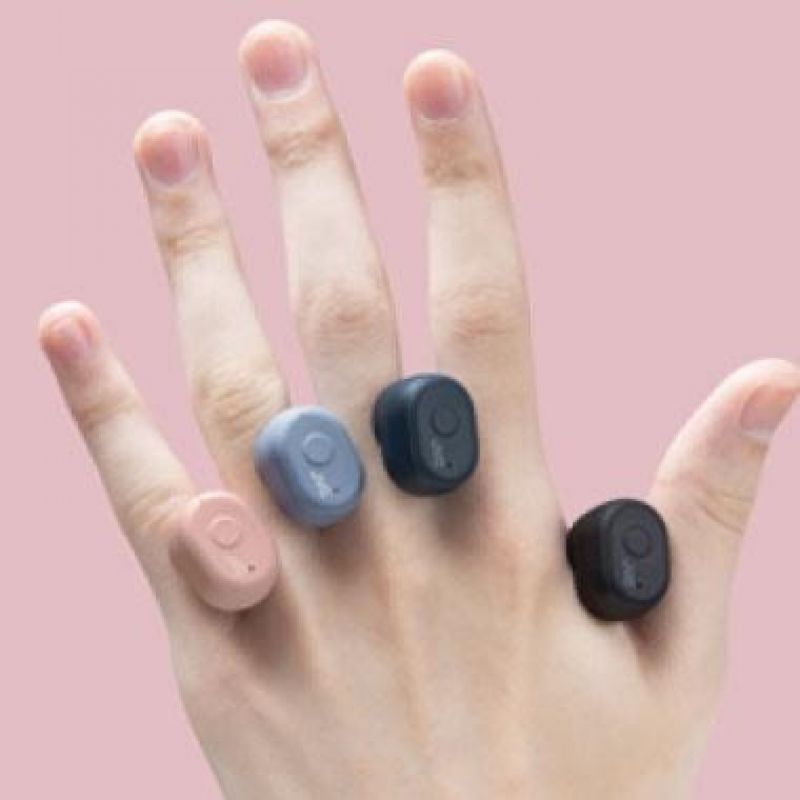 There is a single button on each of the buds that has multiple uses which range from answering calls to pulling up your smartphone’s voice assistant. When worn, pressing this button doesn’t hurt the ear as seen in some cheaper models, which is always a welcoming trait where true wireless earphones are concerned.

The charging case for the JVC HA-A10T is built using the same premium plastic and it uses a magnet to ensure that it’s shut in place. The cradle for the earbuds also feature magnets which ensures that they don’t accidentally fall out when opened aggressively. These small design choices go a long way in ensuring that the consumer gets the best experience possible. Another neat feature here that’s oft-overlooked is the inclusion of LED indicators on the case. This denotes how much battery is left in the tank before it needs a top-up. Possibly the only downside to the case is the inclusion of a micro-USB port instead of a Type-C port. Considering JVC is a top brand, they should have ensured that it’s futureproofed by adding the next universal charging standard.

Lastly, the earphones are IPX5 certified which means that it can be used for outdoor activities like sweating out during a un or even a strenuous gym session. This Ingress rating also means that you can use it during light showers and it will still not get damaged. 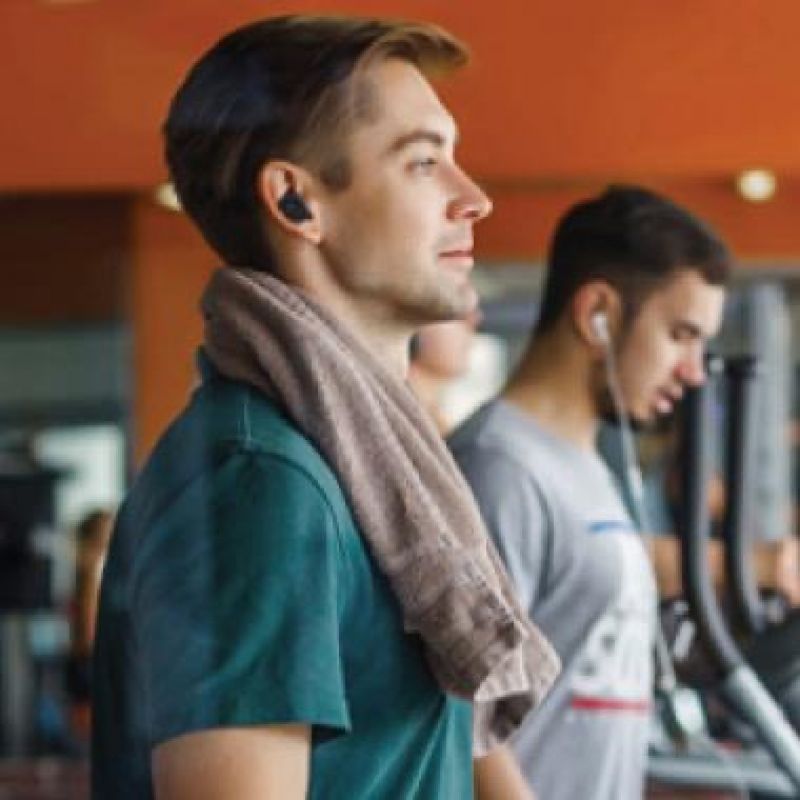 The JVC HA-A10T features the Bluetooth 5.0 interface and even though this is the latest standard, there’s really nothing much to write home about since even budget true wireless earphones are coming with this feature. As far as codec support goes, the earbuds support just SBC and we wish that it had support for a few more such as AAC or aptX as it would elevate its position quite drastically.

The audio quality on the HA-A10T is as great as you would expect from a JVC product and based on the brand name itself, this model is worth recommending. The most obvious aspect when audio quality is concerned is the noticeable thump in the bass which makes it ideal for workouts. he audio quality is consistent with distortion noticed only at 100 per cent volume while at mid to 75 per cent, the bass output is pleasing without drowning out the other frequencies.

While the overall audio quality is pleasing one issue we constantly noticed was a drop in connectivity and for a product, at this price and from a brand as big as JVC this is just not acceptable. This loss in connection was observed even from a mere distance of two to three feet and because of this, we had to reduce the overall rating of the product. Also, there is no auto-pause functionality when you remove a single bud from your ear. These features are present on earbuds costing the same amount from brands like realme whose performance is on par with this JVC model.

Battery life on the HA-A10T is another issue we have here as it offers a mere 4-hour playback on a single charge. There are true wireless models out there that offer as much as double the amount offered here. The charging case also holds a paltry 10-hours of playback which is extremely little in comparison with the competition. 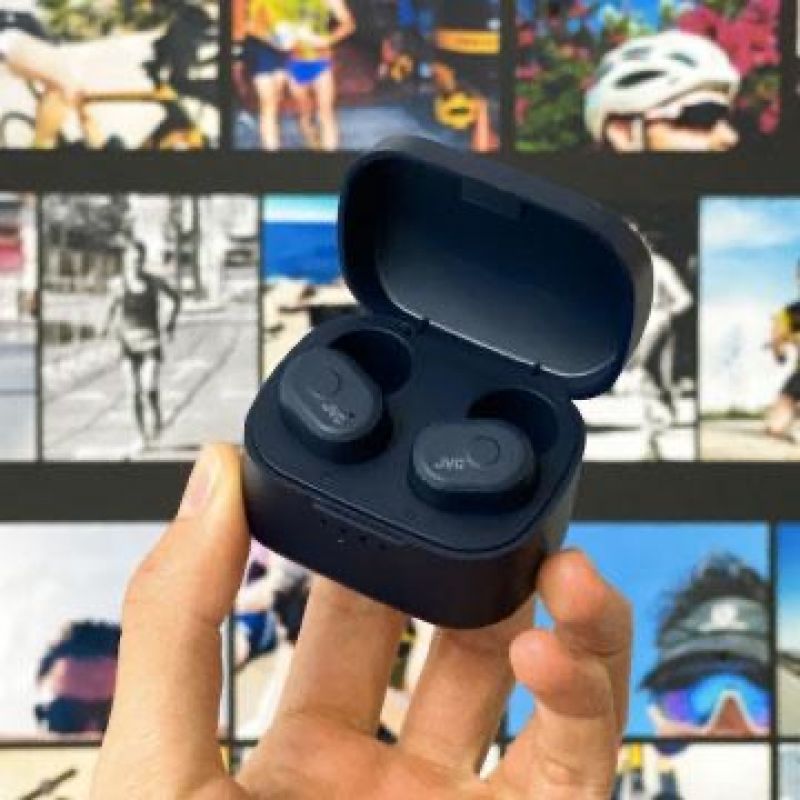 The JVC HA-A10T is priced at Rs 4,999 in India but available online for Rs 3,999. At this price, there are very few true wireless earbuds available from brands as reputed as JVC. So, with the JVC HA-A10T, you get sure-fire winners when it comes to the design and use of memory foam ear tips as well as an audio quality that rivals earphones costing as much as double the amount. However, it loses major points when it comes to connectivity which is a basic necessity of true wireless earphones in 2020. Extended battery life and auto-pause could have been included as well to make this model stand head-to-head with rivals, but sadly it’s a no-show. So, while we loved certain aspects about it, there are others where it completely fails to live up to the hype, which means recommending it is a difficult task.