The Mi Soundbar is a good alternative for getting better audio from your average-sounding television speakers.
Rating:

While televisions were in the CRT age, there were options to work on better sound output since there was enough room within the TV unit itself to incorporate larger and multiple speakers. However, with thinner wall-mounting televisions taking centre stage, the audio section took a huge hit. Flat screen televisions that feature LCD/IPS/OLED displays are now slimmer than ever. With aesthetics playing the main importance today, every TV brand out there is looking at different ways to make their TV slimmer than usual, lighter than before and probably ways to even camouflage the panel into walls to help blend into the living room’s décor. But the major sacrifice was the audio quality. 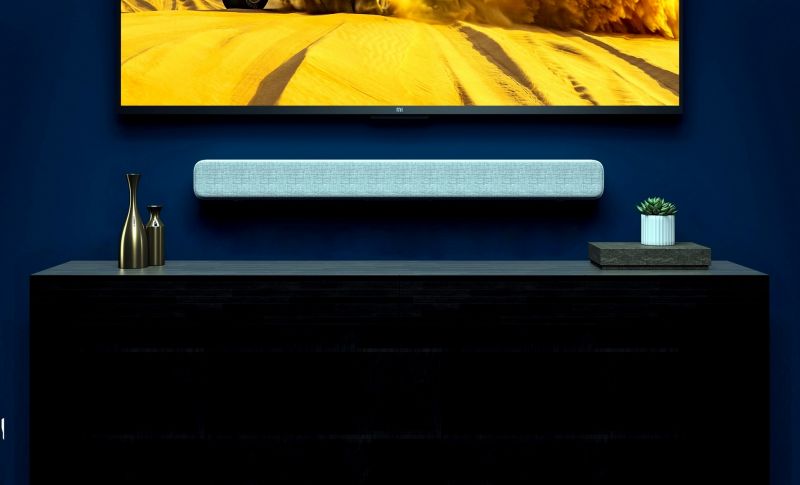 Take for example Xiaomi’s Mi TV 4 which is one if the thinnest television available to date. It features one of the slimmest LCD panels one can imagine. But though the TV sports Dolby audio, the built-in speakers are very tiny and the audio quality took a major hit, forcing users to opt for external speakers to enjoy the large screen entertainment. Speakers need room for performance, and slim TVs do not offer it that luxury, and hence soundbars can save your day. Today, sound bars are considered as the best companion that one can opt with their new elegant slim TVs.

Xiaomi recently announced their entry into the audio segment by launching the Mi Soundbar. Priced at a good Rs 4,999, this speaker kit seems to be a great companion for their own range of televisions or other brands out there. The speakers are rugged, produce good audio and are very simple to install and deploy. Let’s take a close look at what the Mi Soundbar has on offer.

To enhance the bass a little more, it makes use of four 70mm x 55mm passive radiators that help produce better bass and help the speakers gain from lost bass frequencies. The speaker itself measures 3.5 inches in height and 32.6 inches wide, with eight drivers and an audio amplifier packed inside a single unit weighing close to 2Kgs.

The soundbar is built using a tough plastic and is wall mountable. You can also place the speakers on a table — rubber pads on the bottom will ensure the speaker does not vibrate or move.  Lastly, the speaker runs off a non-standard external 16V power brick. So if you damage the power adapter, you will have to head to Xiaomi for a replacement as conventional power adapters available in the market will not work here.

The front features the speaker grille that is encased in fabric to give it an elegant look. But sadly, the Mi Soundbar is only available in a single colour — white. While the white colour looks great and rich, it probably won’t match entirely with your television as most TVs are black in colour and some may sport a silver bezel. The white colour, though a good looker, could tarnish easily with dust and dirt, and one has to ensure that the speakers are kept clean periodically as white shows dirty very easily. Xiaomi has opted for the white colour to match their entire range of lifestyle and home appliances, which has also won them the Mi Look award. One option we could recommend is to stitch yourself a leather or fabric case for the speaker so that it blends into the requirement while keeping the speaker safe from dust and dirt.

The speaker has a simple control panel that rests on the top of the unit. It features seven buttons — two for volume, and one each for Bluetooth (v4.2), Aux-in, Line-in, SPDIF and Optical-in modes. And these buttons also explains the inputs that the Mi Soundbar supports. There are individual LEDs that denote the mode of inputs against each of these buttons. Sadly, the Mi Soundbar has no remote control and you will have to physically operate the speaker for changing modes or adjusting the volume. While the volume can be automatically controlled by the source, you will have to make that physical move to switch modes. Nevertheless, while this speaker is meant for a single purpose — soundbar for your TV — we probably assume you will never need to change that mode ever. 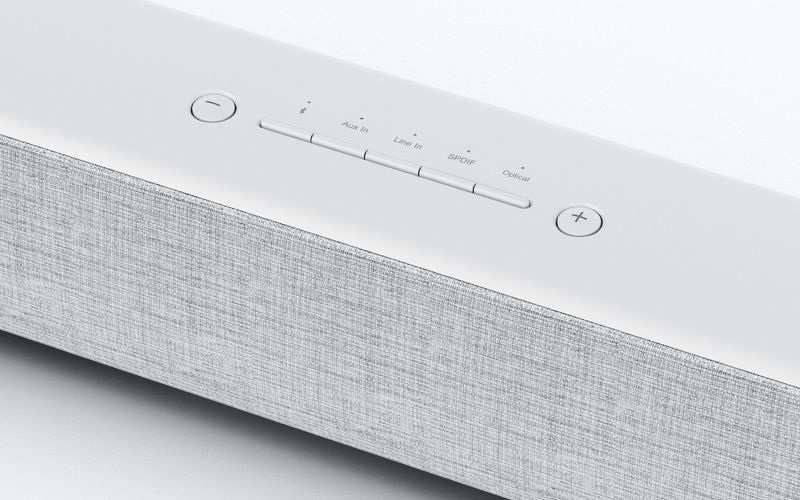 Installation is pretty simple and straight forward. The Mi Soundbar can be connected to your television via its headphone jack or A/V out ports. More recent televisions and smart TVs can also connect to the soundbar using a SPDIF co-axial cable or an optical cable. Optionally, you can also connect using Bluetooth, but we would not recommend it as there would be a noticeable lag between the audio and video on your television, which will ruin your movie experience. This is not an issue of the speaker but is the problem of the Bluetooth technology itself. Using the SPDIF or Optical in are the best it has absolutely no loss in audio quality as compared to the headphone out or A/V out channels. Xiaomi has provided an SPDIF cable within the box to help you get started, but if you prefer the usual Aux-in method, you may have to invest in a cable from your end.

As for the performance, we did not have any complaints, except for the missing remote controller. Performance is as promised by Xiaomi. The brand states that unlike the Chinese variant, this version has been specially tweaked for the Indian audience because Indians like more bass performance than others. We found that the bass is higher than usual and it can be toned down using the television’s audio settings / EQ modes. The Mi Soundbar is good enough for a mid-to-large sized room and is loud and crisp. 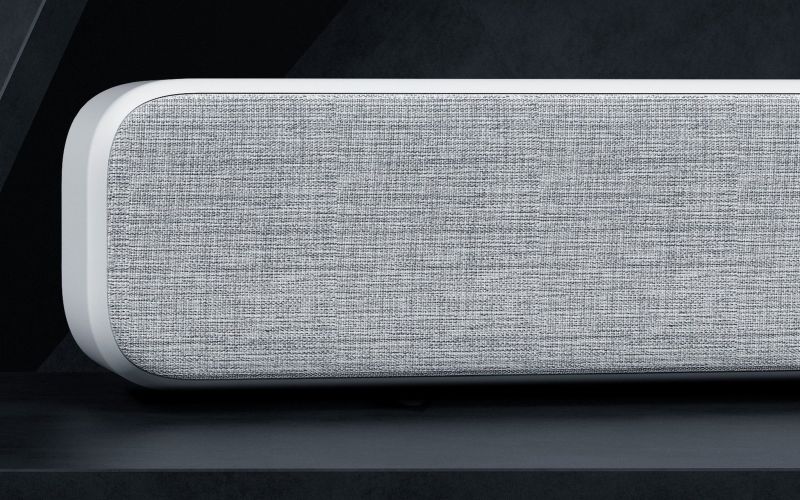 Bass performance is as promised, while the mids and highs are also at par. However, since they are placed in a single unit, upfront, you may not enjoy that perfect stereo or surround sound experience. But don’t expect these speakers to give you that pristine audio oomph that it high-end rivals can deliver. These speakers are just enough to make your tin—can television speakers sound as they ought to sound. The speaker is great for watching television serials and casual audio. The audio does not distort at highest volumes too and we would recommend this for your existing setup to help you enhance your television viewing experience. If you have your TV placed in a larger hall, you would probably not enjoy the audio performance as promised and we would recommend a different audio setup. 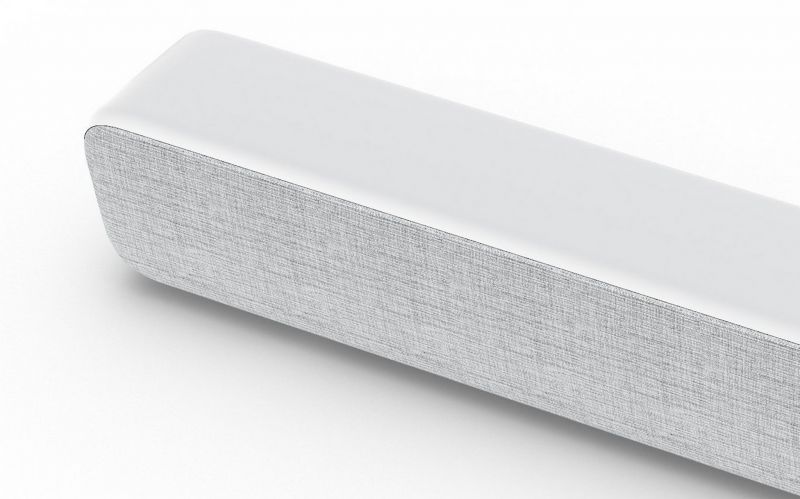 In particular, we did find that the audio performance differs between music, music and dialogue, and you may occasionally find yourself tweaking the audio equalizer on your television to bet the perfect audio output. This is more noticeable, especially when watching television serials where dialogues are more important. The higher bass could interfere with the mids and force you to cut down the bass accordingly. However, tweaking the audio presets in your TV can help and you may find yourself tweaking the presets initially to find the perfect balance for your personal experience. Do note that the audio performance is also affected by the dimensions of your room and also the type and placement of the furniture around the room. Nevertheless, once you have tweaked the audio to your taste, you can sit back and enjoy the show.

If you want theatre-like effects with multi-channel sound and thumps and thuds, opting for a good expensive home theatre setup is what we recommend. Nevertheless, these speakers are a good value for money as they perform as expected, give you an audio performance that your television can never produce and are superbly priced. The Mi Soundbar is a good alternative for getting better audio from your average-sounding television speakers. As for the price, it is very affordable as compared to others out in the market, which is usually around twice the amount. While the downsides are a few, such as lack of a dedicated remote controller, white colour that can be easily tarnished, a missing HDMI ARC input and a non-standard power input voltage, the price tag evens all this out at the end. The Xiaomi Mi Soundbar can be said as one of the best and most affordable soundbars in the market. We definitely recommend the Mi Soundbar if you want to enhance your television experience without spending a fortune. Xiaomi, Mi, Soundbar, TV, Audio, Review