The new flagship seems to be impressive that offers multi-dimensional sound for home theatre enthusiasts, One Slate design, coupled with the latest Android TV OS and Hands-Free Voice Search.

If you are on a hunt for the best 4K OLED TVs in 2018, then it might get a bit difficult for you to make the right decision as Sony has recently shown off its latest set of premium TVs in New York under its Master series, which has now made its way to the Indian shores.

The new A9F OLED TV comes packed with a newly developed, next-generation Picture Processor X1 Ultimate at the core. It is an upgrade to the X1 Extreme chipset, which is claimed to be twice as powerful as the old chip. With the new X1 Ultimate, Sony seems to have taken the image processing to a whole new level — it does an object-based HDR remastering and Object-based Super Resolution, which identifies each individual object and balances its colour accuracy, contrast, texture and sharpness — seems impressive. 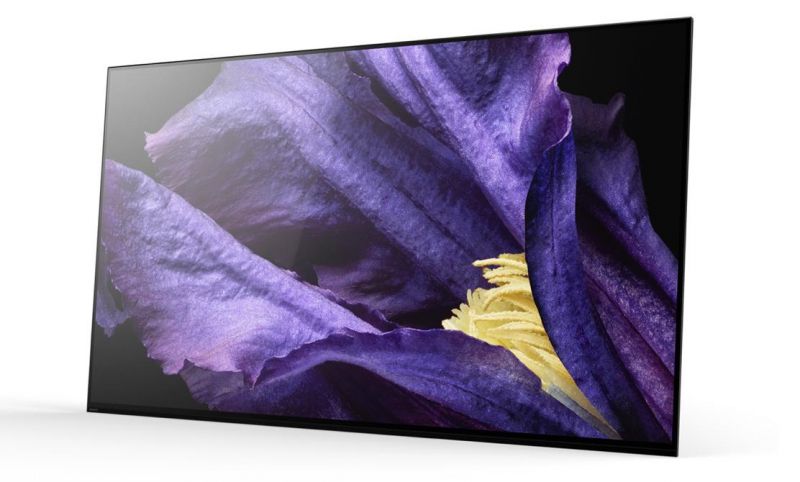 The design of the A9F is pretty identical to the Sony's A1 OLED TV and it is incredibly thin and has least bezels on all sides with no speakers present on the front, meaning in the dark it seems like you are just seeing an image emerging out of thin frame. 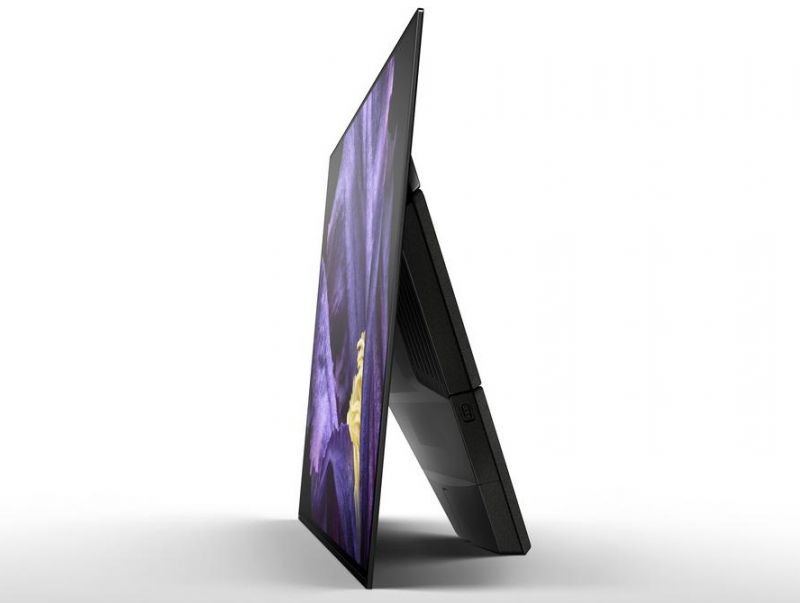 One would actually think about where Sony has fused the speakers. Also, there's no stand on the front. The company says that it wanted to eliminate all distractions from the front and deliver the best viewing experience.

Sony likes to call it a single slate-the screen design, with a kickstand design. The kickstand itself doubles as a housing for the input ports as well as the vesa mount for the TV. Simply take off the rear panel covering and all the ports and speakers are neatly hidden behind the same. Sadly, the ports will be hard to reach if you are plugging in inputs frequently as you will have to remove the panel each time. Lastly, mounting it on the wall would also be equally painful. The IO ports are downward facing and you will see a plethora of ports and jack there. These include four HDMI (one on the side), three USB ports (one on the side), Ethernet, analogue and digital I/O ports, and a headphone out.

You can either place it on a table with the stand open or shut it and mount the panel on a wall using the vesa mounts. While the TV stands stable on a flat surface, the 27.2Kg weight helps keep it stable. Sadly, the angle of adjustment for the TV when on its kickstand cannot be altered too much. Hence, placing it on a table would require the TV to be kept at a comfortable viewing level. The display panel itself is pretty slim (just 8.1mm) and is suggested to be wall mounted, unless required otherwise.

The speakers are hidden into the rear panel and neatly into the pedestal. The speakers feature a technology that Sony calls it as Acoustic Surface Audio+ (interestingly, the actuators are incorporated at the rear of the OLED panel and when the electricity vibrates the actuators, the panel vibrates and produce sound.) The improved Acoustic Surface has now 3 actuators, and 2 subwoofers, equivalent to a 3.2-channel sound system, which creates a three-dimensional, theatre stage effect. 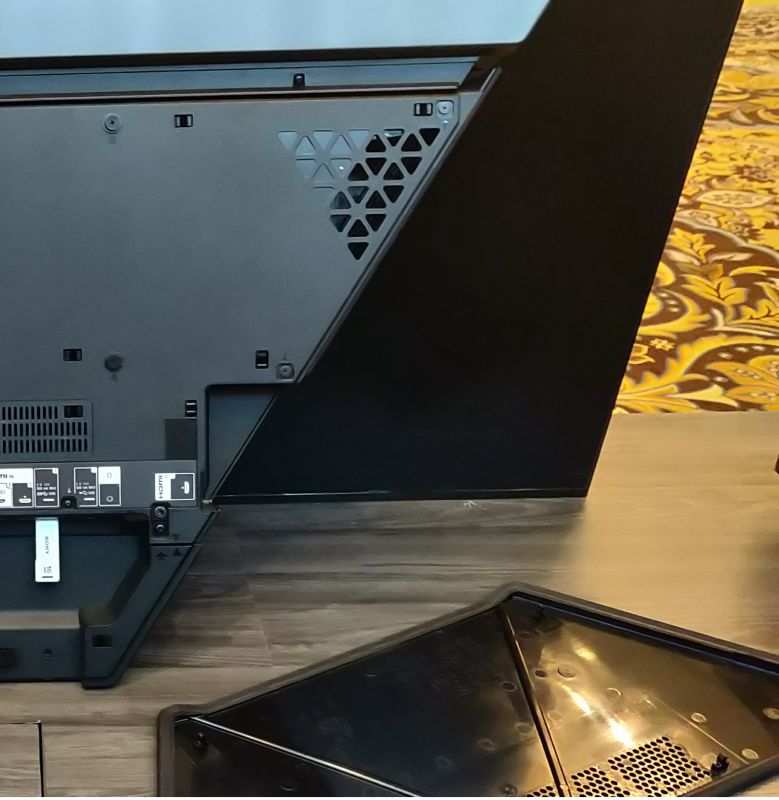 The total audio output is around 100 Watts, which is incredibly high in comparison to other televisions available in the market. Sony has taken care to not only deliver an immersive picture quality with the OLED TV, but has also made sure the audio is not left out. The audio quality of the TV is quite loud and clear with a good amount of bass and superb highs and mids. While the demo videos were producing a good audio delivery, it will all depend on the consumer's video inputs.

There's a centre speaker mode that allows the Acoustic Surface to be used as the centre speaker of a home theatre system. At the launch, Sony demonstrated this feature and compared the TV as a centre channel with a more conventional multi-speaker array. The experience sounded clear, direct and loud with crisp vocals. However, we are yet to test out this feature on our own to draw out a final verdict. 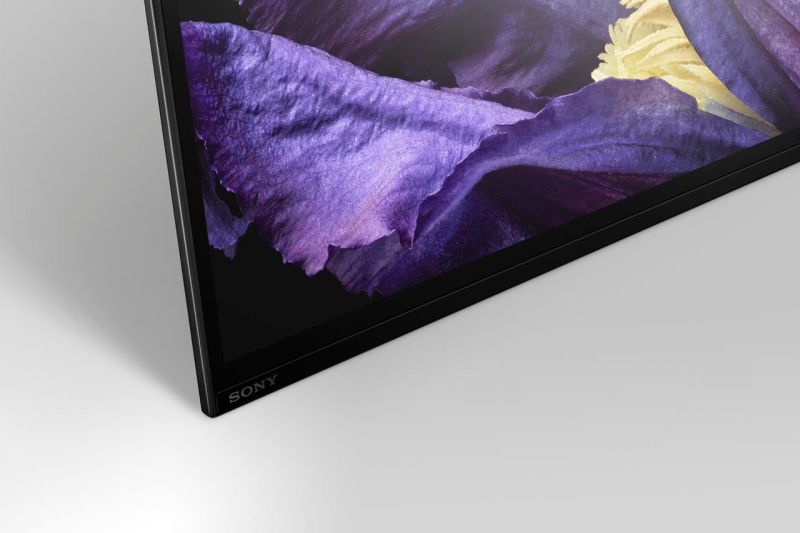 Coming to the picture quality, Sony staged a few demonstrations, comparing the new TV with the older A1 to show how the upgraded X1 Ultimate processor serves better than the older chip. We were shown a short Blu-ray of Thor Ragnarok and the TV did a phenomenal job of rendering detailed and rich colours with punchy contrast. Among the host of other videos, there was also a night city skyline demo clip and the picture quality was incredibly impressive, as expected from an OLED panel. The panel rendered very good Black levels and we didn't witness any glare or reflection, neither noise was noticeable. We were shown 4K HDR clips and the dynamic range appeared superb with commendable details.

Additionally, the A9F comes with the new Pixel Contrast Booster, which is Sony’s original panel controller for OLED. Although, Sony didn't detail this feature, it is said to maximise the dynamic range by increasing the area of colour reproduction when the screen is showing very bright HDR content, which seems interesting. The 4K TV also supports HLG, HDR10 content and Dolby Vision.

Sony has also introduced 'Netflix Calibrated Mode' for MASTER series that adjusts settings when you’re watching a movie or a TV show on the Netflix app and renders it in the same way Netflix’s content creators intended.

In case you are wondering, Sony's new Bravia 4K OLED A9F comes in two sizes, 55-inches and 65-inches, for Rs 3,99,990 and Rs 5,59,990 respectively. To sum it up, the new flagship seems to be impressive that offers multi-dimensional sound for home theatre enthusiasts, One Slate design, coupled with the latest Android TV OS and Hands-Free Voice Search.