If you really need the best in action camera and aren’t bound by a budget, then look no further than the GoPro Hero 6 for now.
Rating:

The name ‘GoPro’ is generally associated with one thing — adventure and action cameras. If you are an adventure seeker, then a GoPro should be your must-have third eye. Recording the most thrilling moments of your life from a fisheye perspective and sharing it with the world is a great type of content that other like to see and enjoy.

With each passing year, new players have started arriving in this field with great action cameras, some with lower price tags as well. Last year’s GoPro Hero 5 Black raised the bar for action cameras by bringing 4K recording in a new rugged, waterproof body. This year, the Rs 45,000 GoPro Hero 6 Black raises the bar even further and introduces a whiff of fresh cream on the regular sweet bread. What’s the cream made of? Let’s talk about each of them in brief. 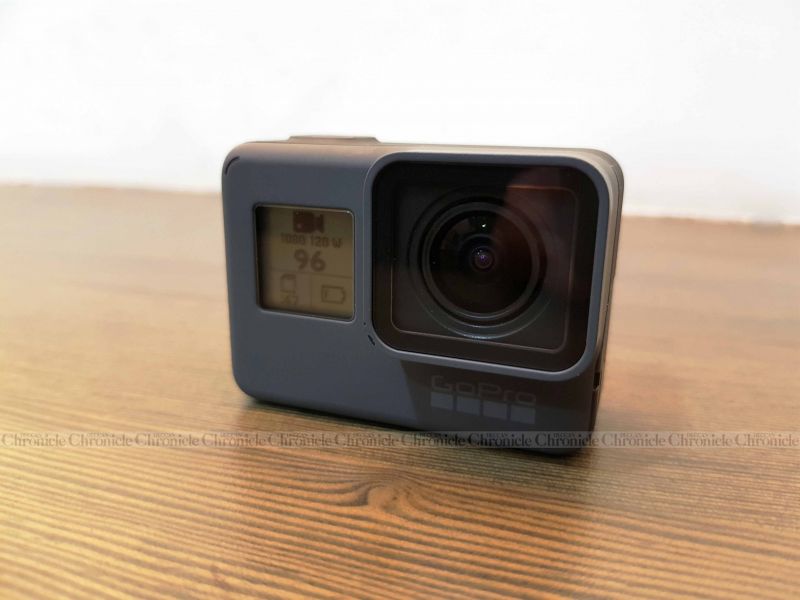 Hero 5 Black was a well-built and sturdy action camera that could take substantial abuse. For this year’s model, GoPro has embraced the ideology of “If it’s not broken, don’t fix it” and retained the waterproof body that can keep the camera alive for up to 10 metres underwater. The grippy rubberised body is retained, letting you carelessly keep the camera on most surfaces with ease. In fact, apart from the Hero 6 branding on the side, one cannot distinguish between the Hero 5 and the Hero 6.

Let's start with the touchscreen display. The Hero 5 suffered from immense screen latency, often making it hard for users to tweak the controls in the middle of the action. On the Hero 6, the touchscreen works the way it should. You can easily swipe in any direction and press on-screen buttons with ease. It feels that as if this new GoPro action camera has got an unbridled amount of power overnight. You can also zoom from the touchscreen, which was not available earlier. 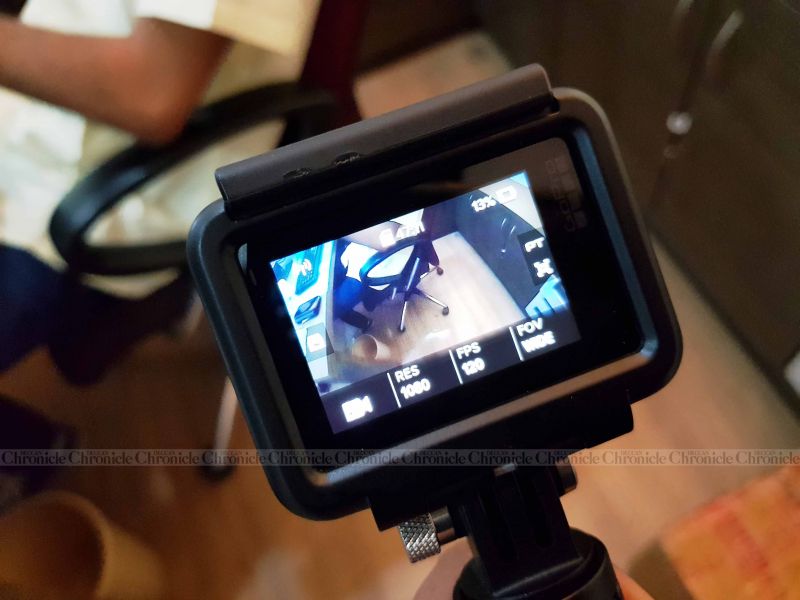 Most of that ‘unbridled power’ has to be credited to GoPro’s latest in-house developed chip, named the GP1 (‘GP’ obviously stands for GoPro). Smartphone manufacturers have open-heartedly embraced the idea of designing their own chipsets for use in their devices so as to gain greater (and complete) control over hardware through their own software. GoPro claims that the GP1 chip helps them leverage up to 2x performance as compared to the previous gen. 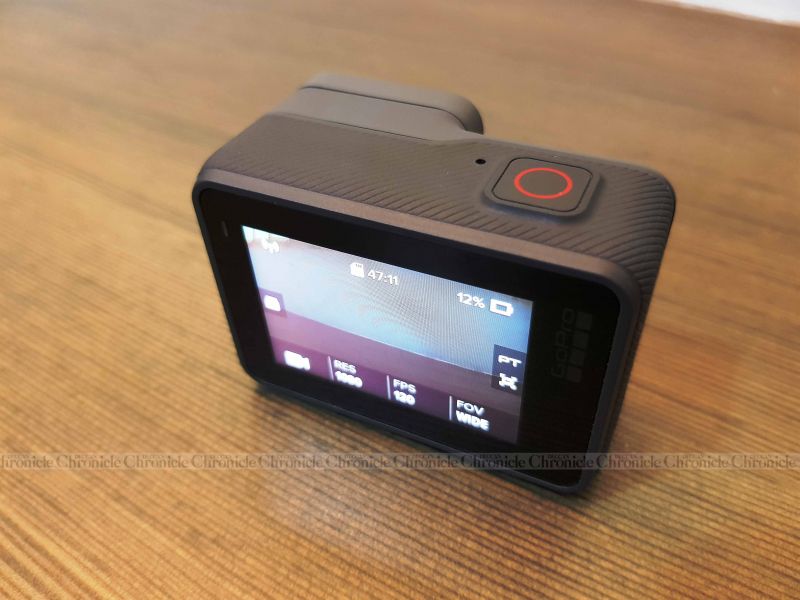 The effects of the GP1 chip can be felt everywhere. Apart from the fluid interface of the camera software, the GP1 also aids faster Wi-Fi connections. If you have been using the GoPro app (formerly Capture) with the Hero 5 Black and older, then the slower transfer speeds and the erratic Bluetooth connection would be familiar. The Hero 6 blows all these issues away. Whether it’s an Android smartphone or an Apple iPad, you will enjoy the benefits of faster 5GHz Wi-Fi standards. The connection between the Hero 6 Black and our smartphone was always strong and consistent. High-five to GoPro.

To get the best out of your GoPro Hero 6, the Quik Stories feature within the GoPro app is essential. GoPro's cameras are incomplete without the app. Initially, Quik Stories was on its own to detect the most appropriate moments using the inbuilt AI. The GP1 chip allows for GoPro to offload most of this ‘AI goodness’ on the camera, which makes for an overall pleasant GoPro experience. The GP1 chip uses machine learning to analyse sensor data along with various other parameters such GPS, accelerometer, microphones and others, which is then combined along with facial recognition and audio analysis to get most important moments in a clip, barring the unusable ones. 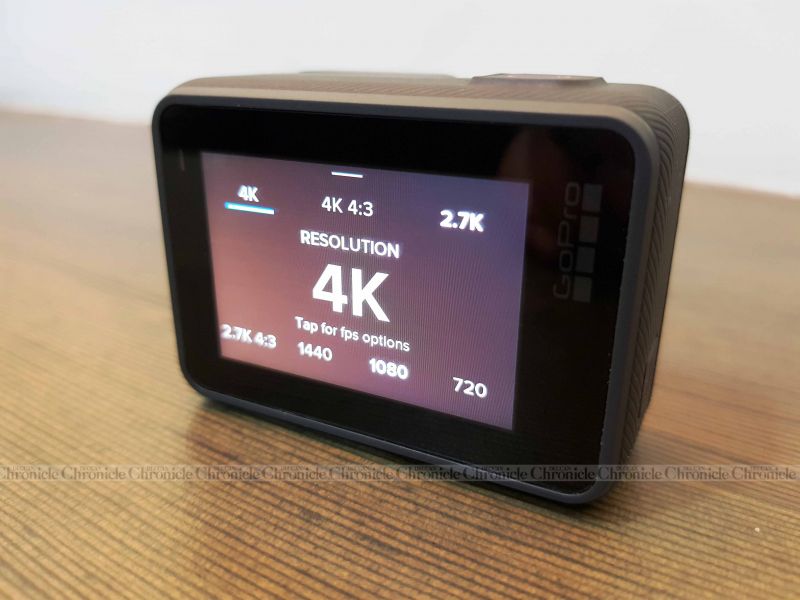 If you have been sceptical about using the buttons for controlling your GoPro's essential functions, then you have voice commands at your disposal. The GoPro Hero 5 also had voice command system but often had issues in recognising voice outdoors. On the Hero 6, it works comparatively effortlessly. You can ask your GoPro to start or stop recording a video, switch between shooting modes and even turn ON or OFF the Hero 6. Click here to check out all the supported voice commands.

However, this is an action camera first and foremost, which means that the newer chipset should bring noticeable improvement in image and video quality — we are glad to agree with this fact. While it may seem that the Hero 6 only differs with the more-affordable Hero 5 in terms of 4K recording at 60fps, there’s a lot more going under the hood. Video quality gets a considerable bump, with better colours and a wider dynamic range. 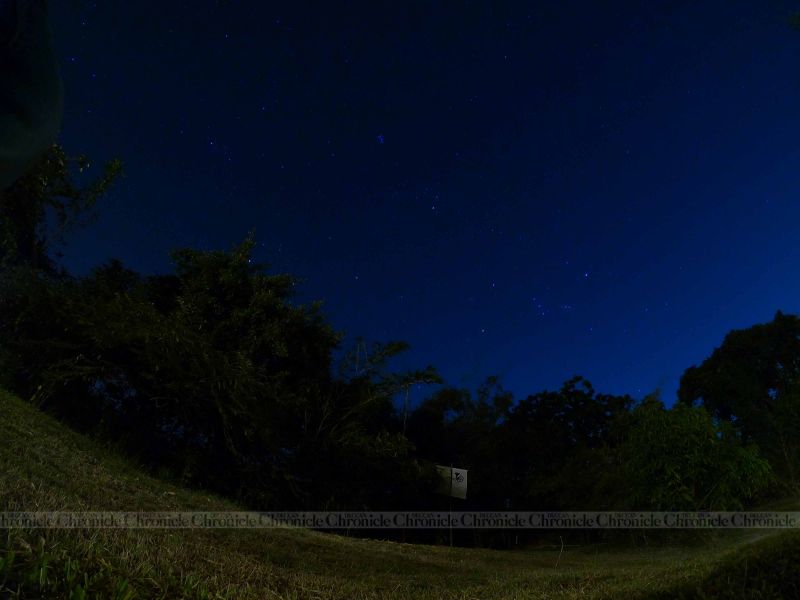 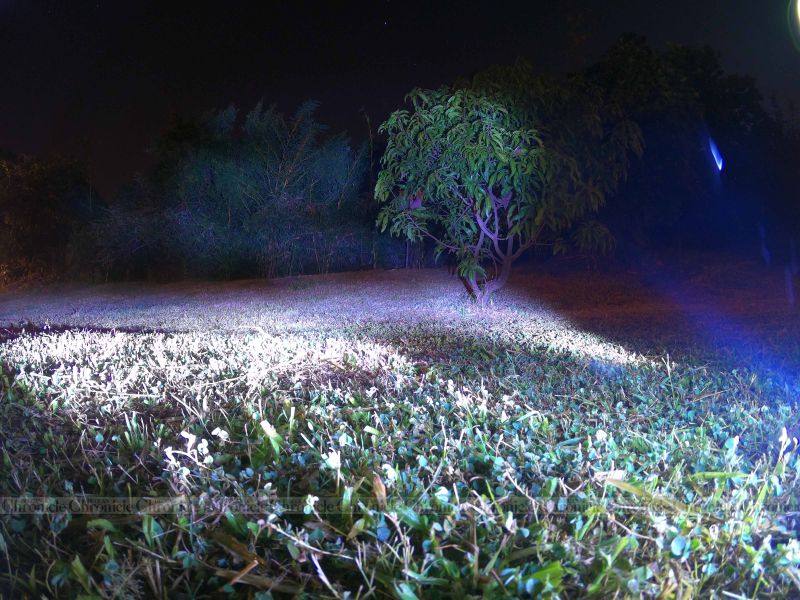 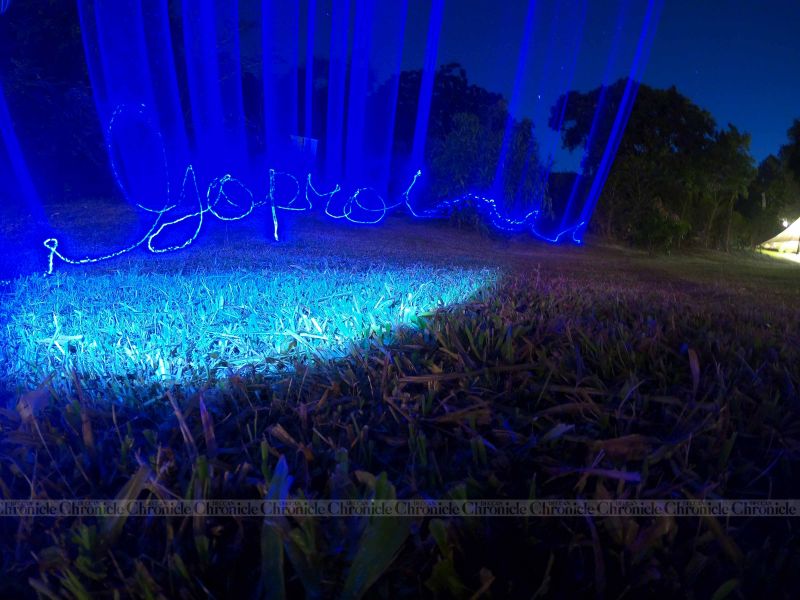 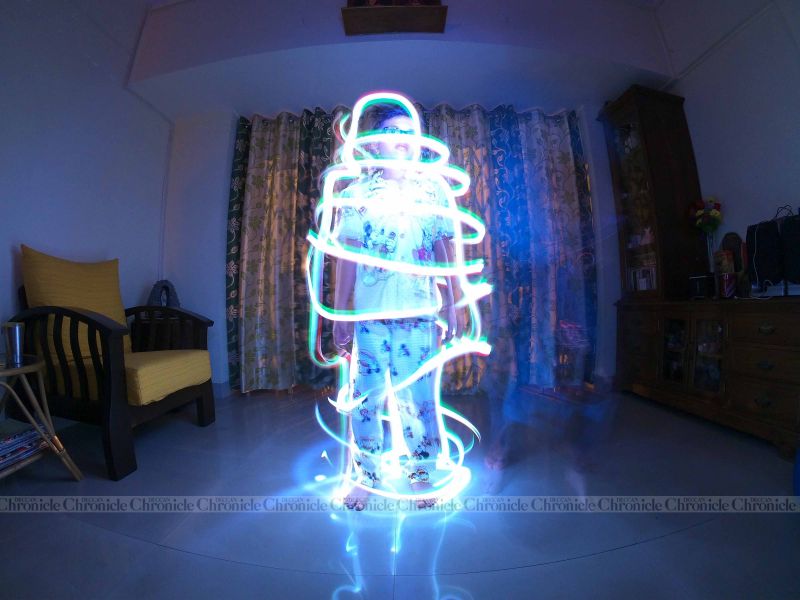 There’s a new night mode that drops the frame rate down to 30fps and alters other parameters accordingly to capture more light with minimal noise. The GP1 chip also aids ultra slow motion videos at 240fps, which is sadly limited to only 1080p resolution. 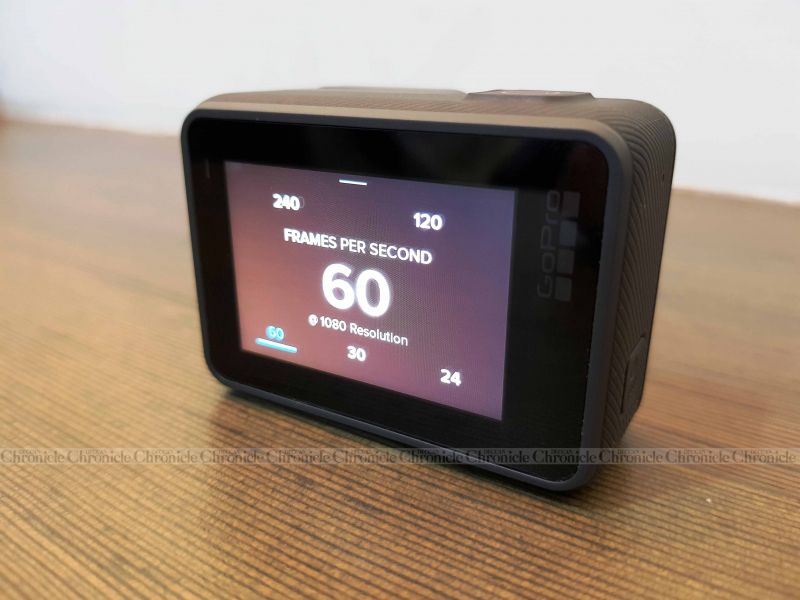 As for image stabilisation, GoPro still relies on Electronic Image Stabilisation (EIS) instead of bringing in an Optical Image Stabilisation (OIS) unlike some of its arch rivals. However, the EIS has vastly improved, allowing greater stability in videos. It’s still not on par with OIS but does its job well — thanks to the built-in AI. In fact, if you are shooting short films where stable shots are a necessity, then you would be happy to know that the Hero 6 Black could do without gimbals.

The GoPro Hero 6, uses the same form factor as the older gen, so the battery does not take a hit or gain. The company has retained the same battery on the new Hero, which makes it beneficial for those owning the Hero 5 since the batteries are the same. An hour and a half of video recording and you are left hunting for the socket. However, GoPro has managed to keep the battery ticking a little longer than the earlier model, even though the features and performance have increased, stressing the power requirements — thanks to the GP1 chip, which is energy efficient and helps reduce battery drain. However, you should definitely invest in additional batteries to ensure uninterrupted footage. 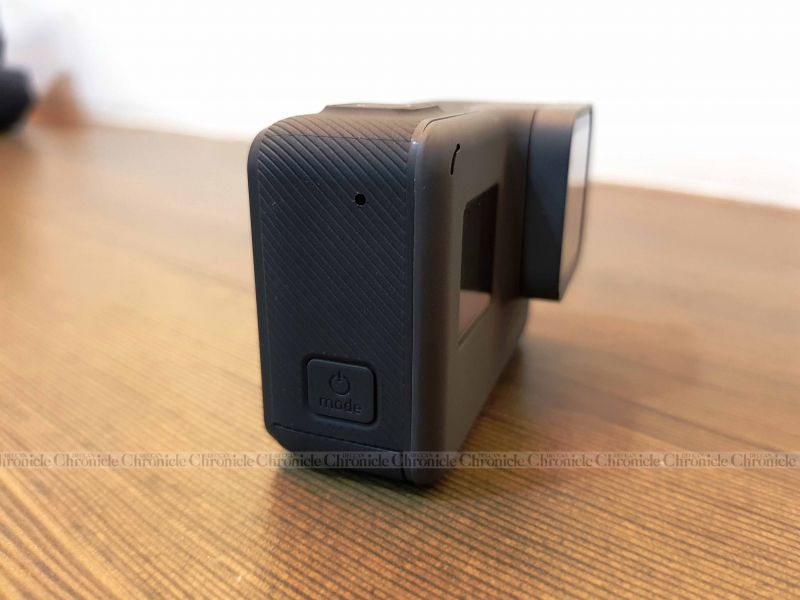 With the GoPro Hero 6, the company has also introduced a 'GoPro Passport Program'. This program has been essentially designed for adventure junkies who keep looking for an excuse to wander out in the wild along with their GoPro cameras. The passport allows a GoPro Hero 6 customer to go on outdoor activities planned by White Collar Hippie across some exotic locales around the country and use their GoPro to record as well as share the action with the community. The passport also enrols the user to various discounts with several White Collar Hippie outdoor trips, get various Reliance Digital discount and offers as well as from GoPro too. The GoPro Passport Program can only be availed if one gets the GoPro Hero 6 from a Reliance Digital outlet. 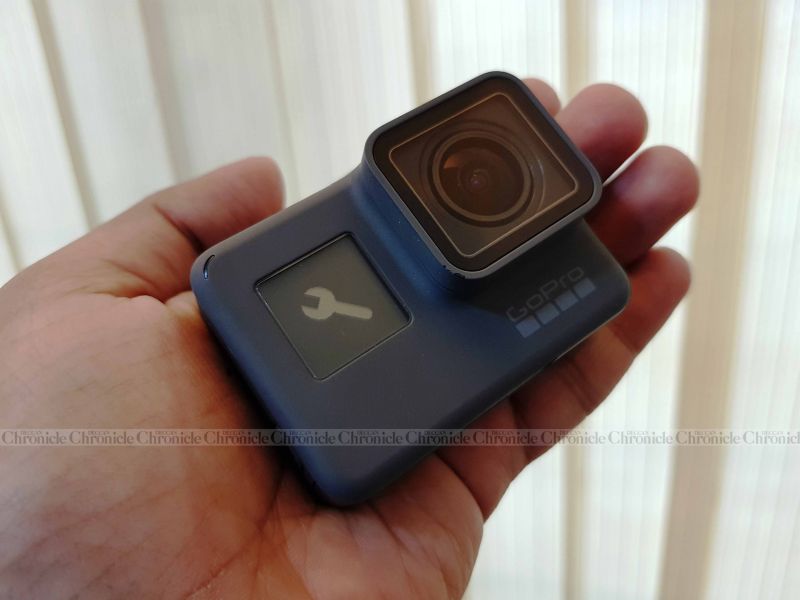 The GoPro Hero 6 Black is priced at Rs 45,000 in India, which is considerably more than the Rs 29,980 Hero 5 Black. While the older Hero 5 model may seem a logical decision by only losing the 4K@60fps and 1080p@240fps from the newer model, the additional Rs 15,000 on the Hero 6 will get you a lot more improvements and smarter features. We were certainly impressed with the GP1 chip’s performance gains in image department (improved video stabilisation, great night mode and better overall picture quality) as well as other parameters (smarter AI power for on-the-go editing, more responsive touchscreen) and so, should you. If you really need the best in action camera and aren’t bound by a budget, then look no further than the GoPro Hero 6 for now.