The Jabra Elite 75t are noticeably smaller than the previous-generation Elite 65t and this makes a huge difference to the overall experience.
Rating:

When it comes to true wireless earphones, Jabra is one of the stand-out brands as they offer a healthy mix of tech, performance and comfort that few others can provide. The brand has recently launched the Jabra Elite 75t, a noteworthy successor to the extremely popular Jabra Elite 65t and it comes with marked improvements especially in the design department and overall battery life.

The Jabra Elite 65t has always been the benchmark when it came to true wireless earphones and it often tops our most recommended list because of a combination of features such as impressive battery life, great audio quality and customisation that’s available through the Jabra Sound+ app.

The Jabra Elite 75t build upon this with minor enhancements that go a long way in cementing the brand’s status as the model to beat. The new Elite 75t comes with standout features such as a more compact form factor for both the earbuds and the charging case and a battery life that not just measures up to the competition, but beats some of the best out there. Additionally, the Sound+ app is also supported with the new model which means that you get the equaliser option, HearThrough and every other customisation that was available on the Jabra Elite 65t.

While these features certainly elevate the brand’s standing in the true wireless space, the brand’s quest for an enhanced bass response makes the earbuds distort as it muddies the entire experience which we certainly had no complaints from with regard to the Elite 65t. However, if you’re a fan of some of the more popular genres such as EDM, pop or Dubstep, then the Jabra Elite 75t is worth checking out since it provides you with enough thump due to the enhanced bass signature. 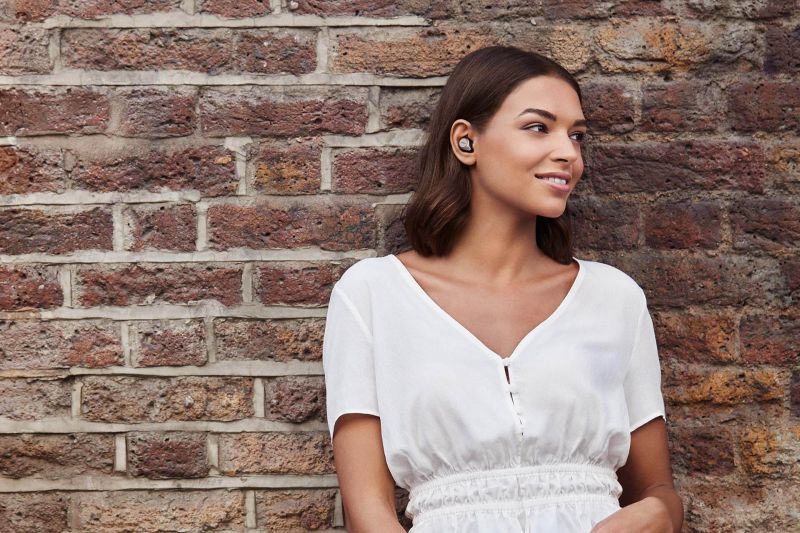 The Jabra Elite 75t are noticeably smaller than the previous-generation Elite 65t and this makes a huge difference to the overall experience. This enhanced experience allows the smaller form-factor to fit in practically everyone’s ears and it has vastly improved upon an area where the Elite 65t struggled — fit.

The earbuds come with a single button on each and now we have to make do without the volume rocker. However, in its place, a long-press on the left bud increases the volume while a long-press on the right earbud decreases the volume. This may not be the most ideal solution as it offers a bit of a learning curve, but for the most part it just works. However, we found it simpler to simply adjust the volume on our phone for the best result as the long presses tended to shoot beyond the desired volume. Yes, this isn’t an ideal solution but due to the compact form factor, Jabra had to forego a physical volume button. Other than this non-issue, the rest of the controls are quite intuitive allowing you to easily switch between HearThrough, accessing the phone’s voice assistant and controlling tracks. 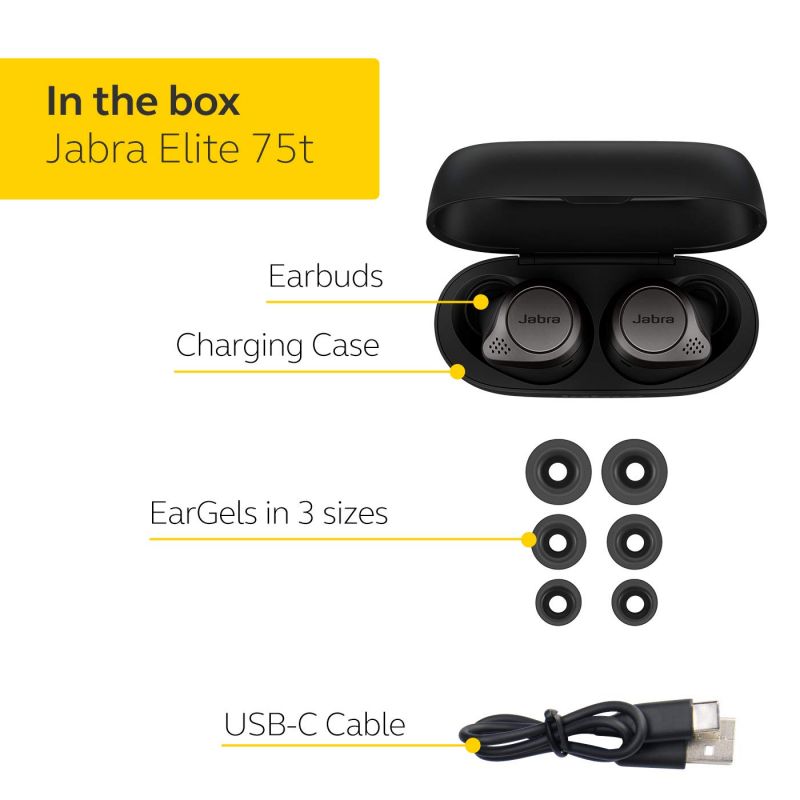 The earbuds are made of premium plastic and rubber which gives it its lightweight form factor. They are also IP55 splash-resistant which means that they can survive light rains or sweaty gym sessions. A feature about the Elite 75t which we truly loved was the snug fit. This allowed us to undertake rigorous activities without even a slight fear that they would come undone. Also, there aren’t any fins that need to be placed on it; so, the entire construction of the earbuds is designed to sit snug in most people’s ears — this is actually a well-thought-out feature and it plays a huge part in the overall experience you get with them.

The charging case is a lot compact as well when compared with the Elite 65t or even the Jabra Elite Sport. And even though it’s smaller in size the Elite 75t’s charging case possesses an additional 20 hours of battery life which takes the overall playback to 28 hours.

Like the earbuds, the case is also built from premium plastic and now, Jabra has added a USB-C charging port instead of a micro-USB port. This feature is expected especially since most high-end earphones come with this feature. Also, a neat feature here is that a mere 15-minute charge will provide you with a full hour’s worth of playback. This means that with fast-charge on board, you can rest easy knowing that your buds will stay alive during a short commute.

The case is littered with magnets and this is a great design decision since a major problem we have with the Elite Sport was that when the case was opened, there was a high tendency that the buds will roll out of them. Now, with magnets, the earbuds sit fixed in the case and the rollout is not found.

Overall, the Jabra Elite 75t excels where the design is concerned and very few rival products can match up to it. 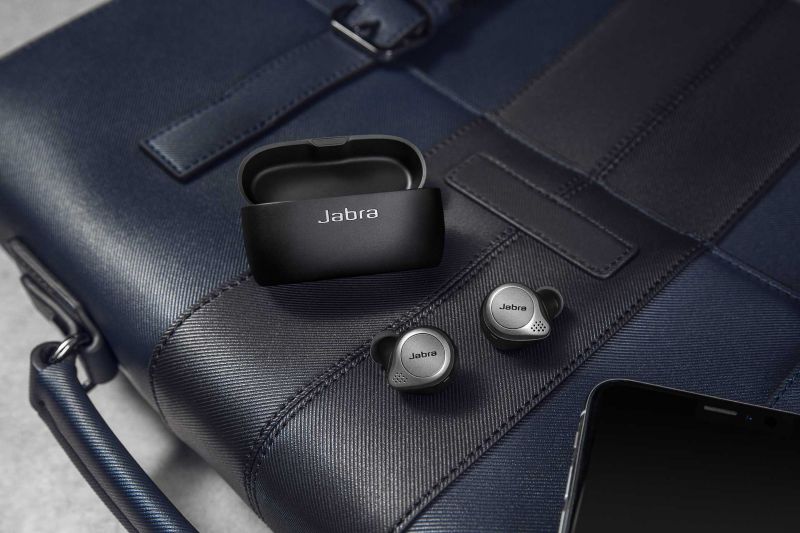 The Jabra Elite 65t gained plaudits due to the balanced sound signature that was well-received across the globe. With the Elite 75t, it’s rather confusing as to why the brand has gone in a different direction here and launched it with enhanced bass response. While it’s true that certain consumers prefer a bassy output, the balanced sound of the Elite 65t was the product’s call to fame. This enhanced bass feels like a step backwards for the Jabra Elite 75t as it overpowers the other frequencies and in the process drowning it out.

The bass on the Elite 75t is overemphasised which mars the overall audio experience and this causes a major loss of detail. Thankfully, the Sound+ app comes to its rescue as the bass can be altered substantially. By reducing the bass frequency in the app, there was a neutral tone which was much more pleasing and in the process giving us a fairly neutral sound. While this works well with smartphones or tablets, listening to the Elite 75t on a laptop doesn’t offer the same experience as there is no dedicated Jabra app for it. If we had just a single request, it would be for Jabra to offer a neutral output with the Elite 75t. Here’s hoping future versions of the product come with a less bassy output.

There isn’t any active noise-cancellation here as seen on the Apple AirPods Pro; however, with the unique design of the Elite 75t, the passive noise-isolation works better than anticipated as it provides an excellent seal that do well to cut out ambient noise.

Battery life on the Jabra Elite 75t is one of the product’s strong suits. And paired with a quick-charge feature, you can ample playback even with a mere 15-minute top-up. When it comes to call quality, Jabra has always been on top of their game and this model is no different.

So, apart from the one aspect regarding the enhanced bass, the overall performance of the Jabra Elite 75t is rather good and in fact, world-beating. 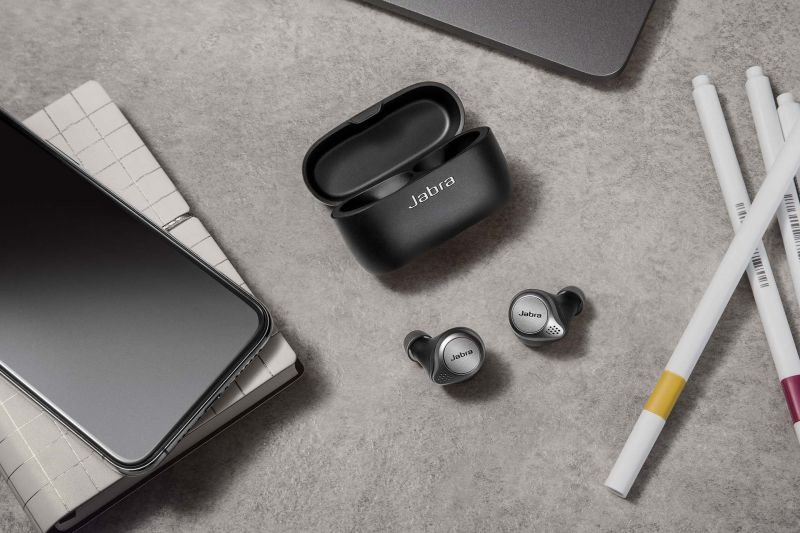 The Jabra Elite 75t is priced at Rs 15,999 in India and for this amount you get easily one of the best true wireless earphones on the planet. If Apple’s AirPods Pro isn’t your fancy, then this Jabra option should be the next obvious choice as it comes with an amazing design, small charging-case, an intuitive smartphone app and much more that make it stand a head above shoulders over the competition. Despite its enhanced bass, we still absolutely love the Elite 75t and like its predecessor, this is our choice for one of the best true-wireless products in the world.