BEWARE: This device backs up your smarpthone data while charging!

If you are finicky about your data and want to safeguard your privacy when outdoors, make sure you resist charging using a public charger or one given to you by an unknown person.

There have been reports of unwanted foreign or alien circuitry planted inside conventional chargers that could transmit data from your smartphone over to hackers in a remote location. The chargers have been tweaked with an arduino or a similar circuit that takes advantage of smartphones using the USB OTG mode. The data can be backed up, or transmitted over to a hacker using RF signals or over the internet, even if the charger is switched off since they contain a backup battery. Though the chances are rare that your third-party charger could be rigged, it is not an impossible method. There have also been several reports that mention about public charging stations that steal smartphone data.

If you are finicky about your data and want to safeguard your privacy when outdoors, make sure you resist charging using a public charger or one given to you by an unknown person. Always carry your own charger, data cable and accessories or make yourself a USB condom to protect your data while charging.

For now, Meem, a similar gadget has been released, but this one is authentic, at least according to what the company claims. Meem is not a charger, but a simple USB data cable with a built-in storage, that helps you charge the smartphone and transfer data to your PC like all conventional USB data cables. But the USB of Meem is that it contains a built-in storage that helps you backup your content from the smartphone while it is charging. The aim of the Meem is that it takes away the trouble of the user who has to spend time taking regular backups to safeguard their data in case the phone is lost, stolen or dead.

Meem is available in 16GB and 32GB variants and is compatible with both iPhone and Android smartphones.  All you need to do is plug in, set it up with a unique password and simply charge your phone and backup at the same time. The Meem developers have things set for you too—it can be set to backup only the data you require, leaving the operating system and apps out. The product was a Kickstarter project and is successfully shipping online on Amazon and the Meem website. 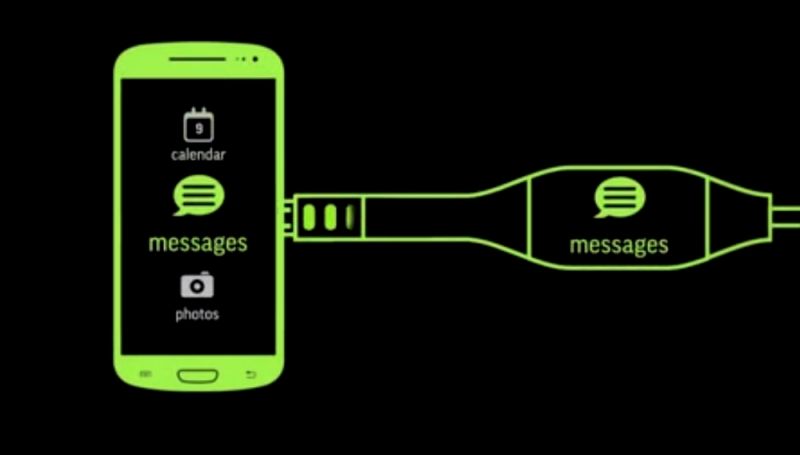 But the fact remains that though the Meem device is authentic, there will be many such replicas that can come into the market. The replica or duplicates that shortly be seen on the internet will also claim automatic backups for you. But they could easily help hackers get their greasy hands on your privacy.

Users should be extremely careful when buying such products. Always buy authentic products from the brand websites and make sure that you check for authenticity of any products that can handle or read your data. Stay away from third-party brands that claim to do the same. These include smartphone chargers, USB data cables, pen drives (regular and OTG), USB accessories and wireless products.