Over the years, Asus has managed to come up with some really fine laptops sprawling in different categories. From the powerful R.O.G series to the beautifully designed Zenbook, most of the company’s notebooks/ laptops have been decently popular amongst most tech buffs and consumers. That said, the company recently came up with a new entry–level gaming laptop: Asus R510J.

This is not the first Asus notebook that I am reviewing and it’s definitely not the best one, however, it doesn’t take anything away from the fact that the idea to come up with an entry-level gaming laptop is great, especially in a market where gaming laptops are usually priced quite high. Well, now everyday gamers—looking for a mix of good computing and gaming—can rejoice with the inception of the R510J.

With this new laptop, Asus have intelligently tried to re-brand a powerful utility laptop as an entry-level gaming machine and there is nothing wrong about it. The laptop comes around with features such as an FHD display, 2.66GHz processor, 8GB RAM, and a powerful Nvidia GTX 950M for smooth gaming and multimedia experience.

After spending almost a week with the device, I am going to explain why exactly this laptop can become an absolute favorite among the PC/laptop gaming fraternity. So without further do, let's see if this budget-gaming laptop has the juice required to serve the purpose.

Design and Display:  As I pointed out earlier, the Asus R510J is marketed as a gaming laptop, but it is actually a high-end utility laptop or a downgraded version of the company’s R.O.G series. In terms of the design, the laptop does look pretty attractive with it's attractive red and black tribal-centric graphic pattern on the lid, and also on the insides to attract gamers. 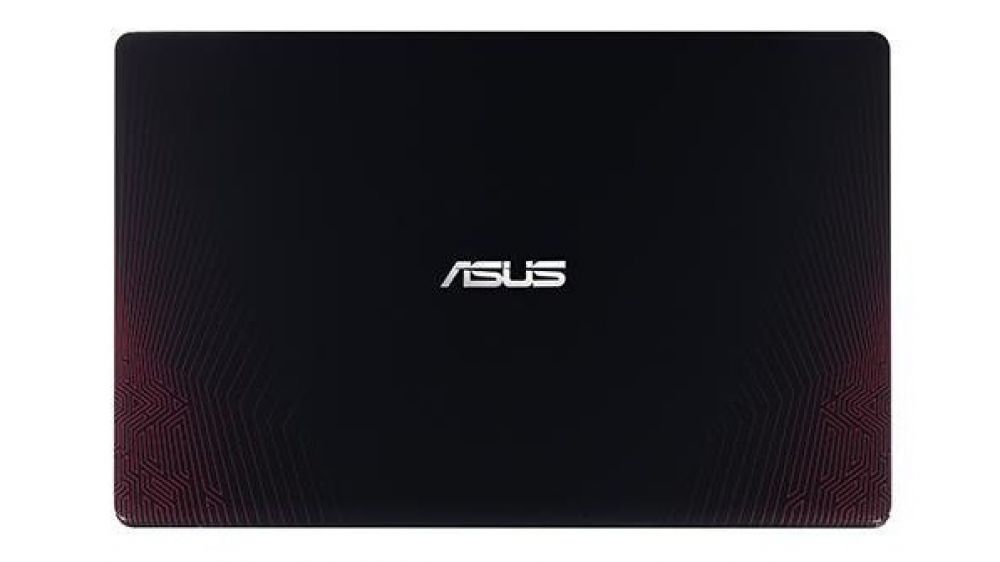 The tribal graphic pattern on the Asus R510J makes it attractive and more gaming-centric.  I feel that the graphics could have been a little more animated, considering the fact that it is branded as a gaming laptop. One minor issue with the design is the glossiness of the lid, which easily attracts smudges and fingerprints. Moving on, the laptop is quite sleek, albeit it's hefty 2.4kg weight. I did not face many problems carrying this around while work, and is quite handy and portable.

Opening the lid reveals a 15.6-inch LED backlit FHD display (1080x1920) resolution along with anti-glare function. The screen viewing angles are fairly decent, but could have been a lot better, as this laptop doesn’t support an IPS display panel. In terms of brightness and contrast, the laptop offers decently high levels for viewing in all lighting conditions. 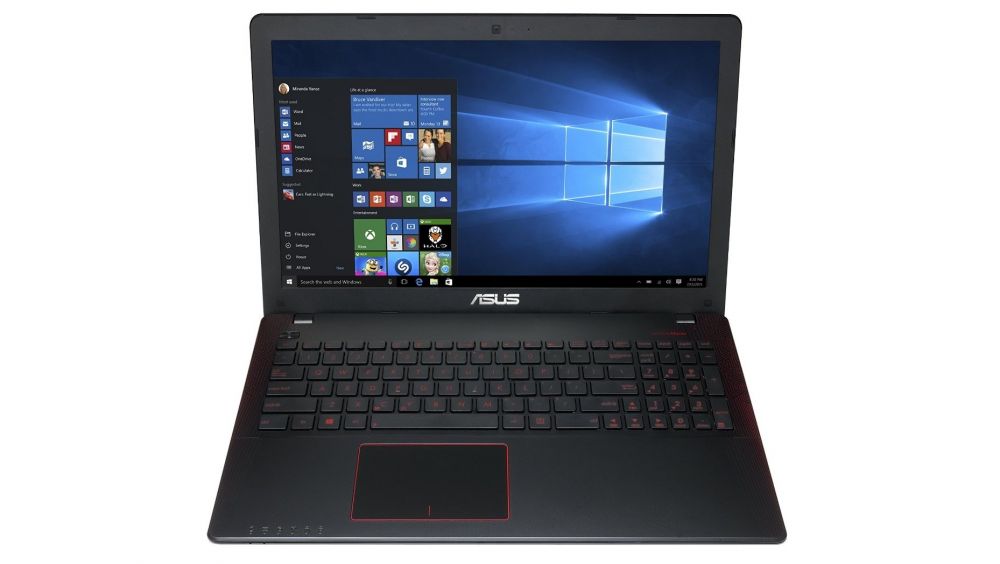 The Asus R510J could have offered slightly better responsive keys, as gaming might get tough on the ones used. Just below the screen is the spacious matte finished area housing the keys and the trackpad. As mentioned earlier, the insides also accompany the same tribal-patterned design in red and black. 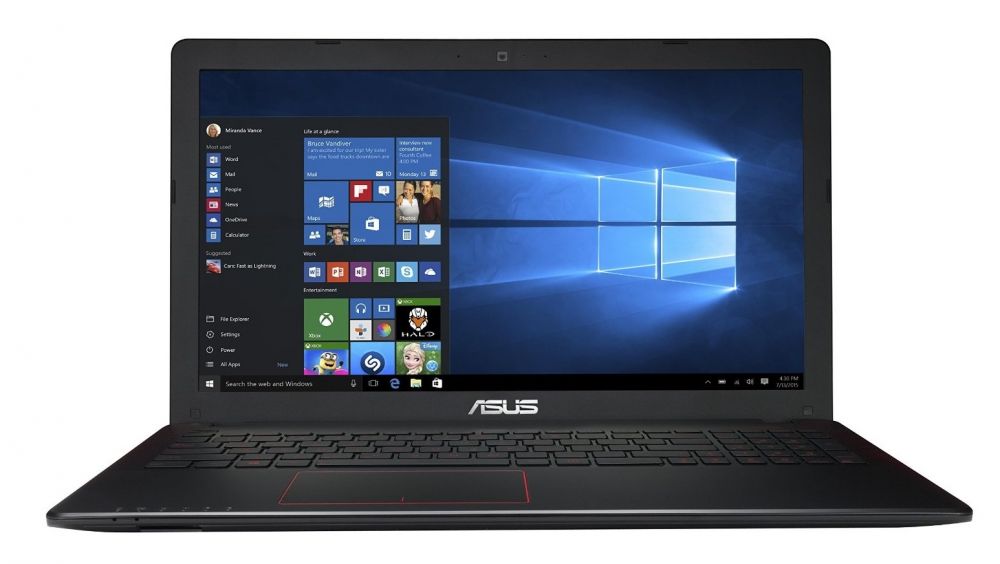 The Asus R510J does not employ backlit keyboard, which is disappointing considering it's price. Another thing I did not like about the keyboard is the sponginess of the keys, which is all right for normal typing, but is very difficult to use while gaming. According to me, the perfect gaming laptop is not only about a good GPU and processor; it requires perfect aesthetics as well. Coming to the trackpad on this laptop, it is really smooth and great for completing tasks quickly. However, the only problem that I encountered is differentiating between the left and right touch on the pad. 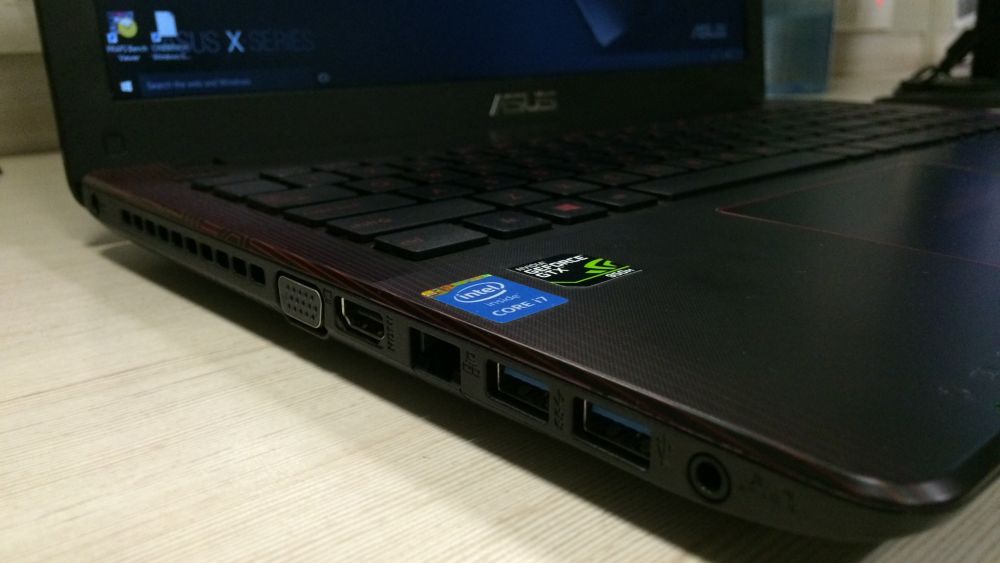 The usual connectivity options on the Asus R510J. On both sides of the laptop, you can find the usual connectivity options such as the USB ports, DVD writer, headphone/microphone jack, LAN and HDMI ports. There are notification lights along the bottom edge of the device, indicating battery, Internet connectivity, and a few more along with the SD card reader. One major disappointment is the VGA webcam. Even laptops fairing much below in contrast to the R510J feature HD webcams, and I feel that the company should have incorporated an HD one instead of VGA. All in all, the laptop looks decently attractive and does hint out at gamers, however, there are many other laptops in the market with superior design and aesthetics. Honestly, I am a little disappointed as the laptop feels too plasticky and the screen is also quite fragile with a lot of flax.

Software and Specifications: This is one area that this laptop shines brightly owing to it's potent combination of a high-powered chipset, RAM, and efficient GPU. The Asus R510J is powered by an Intel Core i7-4720HQ quad-core processor at 2.66Ghz, which can go up to 3.66GHz in turbo mode. Supporting the chipset is a dual-channel 8GB RAM, which helps in adept multi-tasking. Besides, the Nvidia GeForce GTX 950M with 2GB memory is old, but fairly decent to run most modern day games. 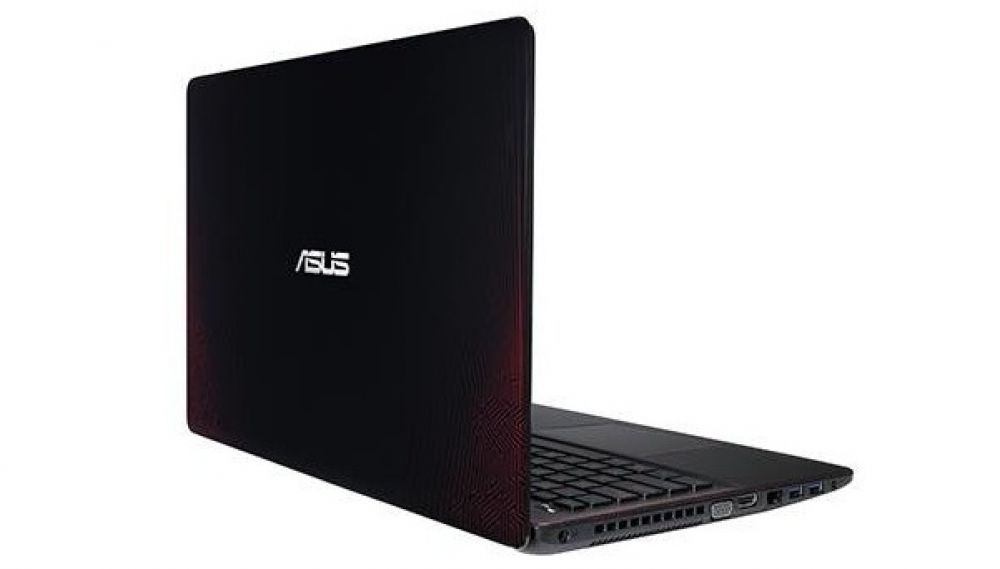 The Asus R510J offers high performance and can run all modern day gaming titles on medium/ high configuration depending on the game. Apart from that, the laptop runs on a Windows 10 64-bit operating system out of the box, Wi-Fi, Bluetooth, and 1TB hard disk. There is no doubt that the specifications offered are pretty decent; however, I feel that Asus should have paid a little more attention to little things. For instance, the R510J doesn’t have Solid State Drive (SSD), which significantly hampers gaming prowess. Not only in case of running games, but the absence of SSD also considerably slows down loading time during running heavy apps.

In terms of software, the company, like always, has offered several utilities including live update, splendid utility, and WebStorage apps. You get 25GB free Dropbox storage for a period of six months. Users also get several security apps, a few free pre-installed windows apps, and Office 365 trail version as well.

Performance: In terms of performance, the laptop runs pretty smoothly and is capable of completing activities efficiently. Multimedia experience on this laptop will surely please you, as the device easily runs 4K videos supported by good audio output. In essence, the R510J is an entry-level gaming laptop and it does live up to the expectations judging by the various benchmarking scores obtained. 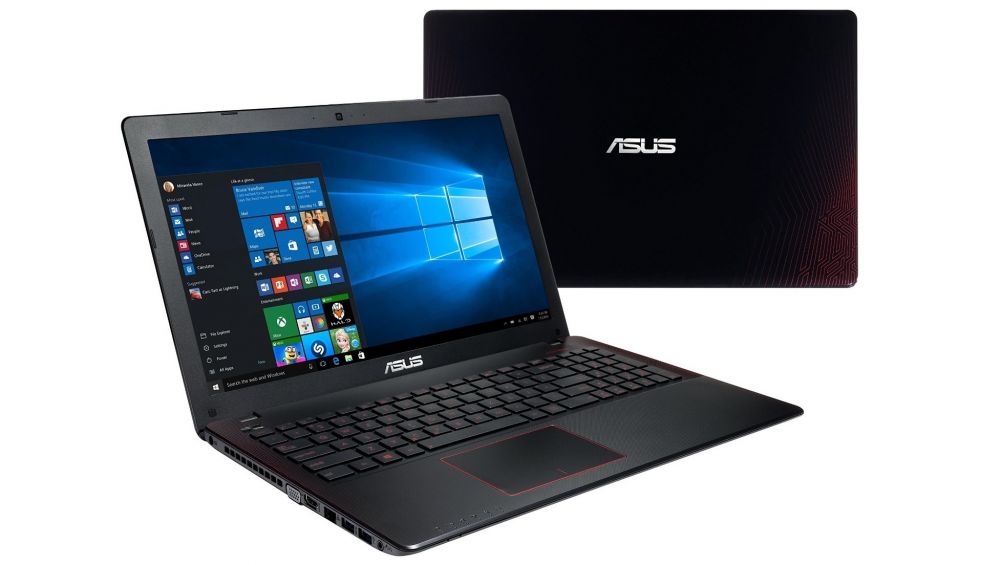 The Asus R510J could have offered a much better gaming experience with the incorporation of certain basic elements. Taking into account that it is only an entry-level gaming device, the 3D Mark Firestrike score of 2803, 3180 on PC Mark 8, and many other benchmarking scores indicate that the laptop is gamer-ready. Now coming to personal experience, I ran various power-hungry gaming titles such as Witcher 3, Farcry 4, Crysis 3, GTA V, and even Battlefield 4. While the latest titles struggled considerably, older games from 2013 and 2014 ran on Ultra quality settings without breaking a sweat. However, lowering down the graphics to medium will help you play most games without any lag.

Hardware and battery: Another setback related to the gameplay is the laptop’s propensity to heat up constantly.  The left side of the laptop accompanying the vents tend to get very hot at times and I would suggest you keep it on a table while playing games or watching a movie. I feel that the company should have used advanced cooling system architecture to act in accordance with the power components inside the laptop. While I was using the laptop, I noticed that the battery life could have been a little better. When I used the device to watch movies and surf the internet, the battery on this device lasted for close to three hours, however, the laptop died in 2 hour while I was playing Crysis 3 without the charger plugged in. Although the laptop charges quite fast, I feel that the company should have used a better battery, considering the fact that it’s a gaming laptop.

Verdict: After closely inspecting the Asus R510J closely for a week, I feel that the device has all the tools to be a good entry-level gaming laptop. While there are other "utility" laptops in the market which offer similar configuration, I would still recommend you to spend a bit more and get the R510J if you are interested in playing modern games properly.

If you are looking for a high-powered gaming laptop, I would suggest you to go for something like the HP gaming series, or Asus’ own R.O.G series. However, if you want to play new games on moderately high graphics, or are running on a tight budget, just go for this one. But I still feel that the laptop is priced a tad higher at Rs 69,990. The choice is yours to decide.