The micro drone, weighing between 250 grams to 2 kg. You can fly them at heights up to 200 feet, but you need to register the drone at a special website and obtain a Unique Identification Number or UIN.

Add another word to the high-tech lexicon of 2018: Dronie. This is a selfie or more accurately, a large-group selfie or groupie shot from a hovering drone.

As of last week, drone regulation in India has kicked in -- and you can fly them without breaking the law -- provided you do so within limits. Drones have been classified depending on their weight: The nano drone weighs less than 250 grams and as long as you fly them at heights of 50 feet or below, there are no restrictions, no licence or permission required. Next comes the microdrone, weighing between 250 grams to 2 kg. You can fly them at heights up to 200 feet, but you need to register the drone at a special website and obtain a Unique Identification Number or UIN. You must also inform the local police a day ahead of your intention to fly the drone. There are three other classes of drones larger than 2 kg and they require even more paperwork and an Unmanned Aircraft Operator Permit (UAOP) which costs good money.

As we can see, the fun has been largely taken out of flying any except the smallest nano drones: the rest are wrapped in red tape. But there are enough cool things you can do with a nano drone -- though you may have to look for one in toy shops rather than in the sports section. 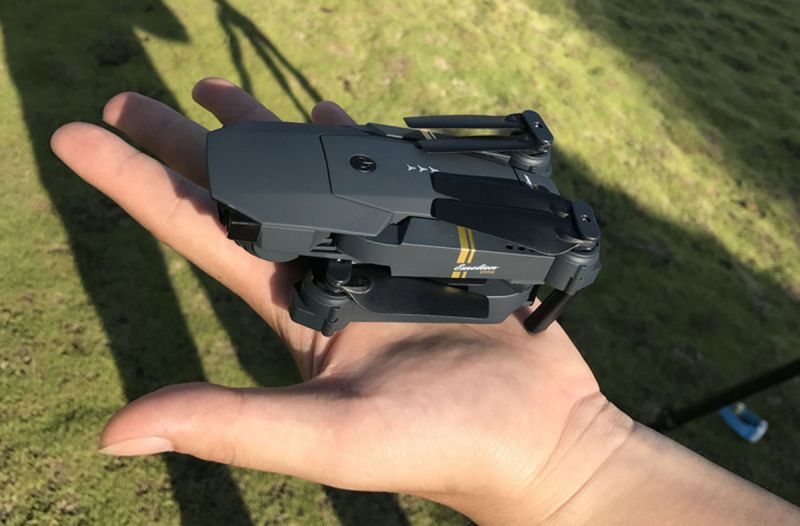 At 250 grams, a drone can't take much additional payload -- so forget about sending stuff from here to there. It is sensible to buy a nano drone with a built-in camera.  There are a lot of models available in India in the price range of Rs 5,000 - Rs 8,000  and the better ones include a camera with at least  720p HD and a wide -- that is 120 degrees or more -- viewing angle. At the lower end of the price band, they don't include a control unit and you have to sync a smartphone to the drone to control its movement or click a picture. I have found this to be rather awkward -- and would recommend buying a drone that comes with its own control pad, which looks just like games controller. Separate buttons make it easy to navigate the drone and switch the camera from shooting a panorama video to a single shot. Some brands around Rs 7,000 like DroneX Pro, are designed to fold for transit into a neat package -- an important consideration, as a drone with fixed propellers can be very awkward to carry safely.

If you have a largish group to fit into a selfie, a drone can give you some very nice shots. Even otherwise, a video shot from a low flying drone makes an interesting addition to your YouTube postings. Just check that you are not in a no-drone zone -- like Vijay Chowk in Delhi and a lot of public establishments elsewhere.

Right now, one has to go into the fine print of the specifications to check if a drone weighs less than 250 grams before buying -- but you can be sure the makers will soon brand these as nano drones to exploit the huge market of lay users. Happy droning in 2019!