Skullcandy’s Apple AirPods rival will cost you half the amount

The Skullcandy Indy, priced at USD 80 has a lot of features including a cute charging case similar to Apple’s.

Ever since Apple launched the original AirPods alongside the iPhone 7, the true wireless earphones space was reborn and since then several manufacturers tried to ape them with their own take on the product. A lot of true wireless earbuds come with the traditional design and very few options out there come with an AirPods-like design. Seeing how popular the AirPods are, Skullcandy has now introduced a new true wireless option called the Indy and it looks a whole lot like the AirPods but comes in a colour that Apple doesn’t offer — Black.

The Skullcandy Indy, priced at USD 80 (Rs 5,600) has a lot of features including a cute charging case similar to Apple’s. To start off, the overall design is similar to that found on Apple’s AirPods; however, the buds themselves look quite different and different from Apple’s offering. With the Indy, we get the step found that’s similar to its rival and has termed the removable fin as stability gels in order for a secure fit. These earbuds are also IP55 rated, which means that they are sweat proof and water/dust resistant to an extent.

Skullcandy promises four hours of playback on the buds and the charging case will offer you three additional charges. This means you can expect a total of 16 hours of playback after topping up the charge in the case. The Skullcandy Indy’s case offers a flip-top design that’s rounded off with charging indicators on the outside. The buds also feature touch controls for calls, changing tracks and adjusting the volume. The Indy also comes with a built-in microphone. 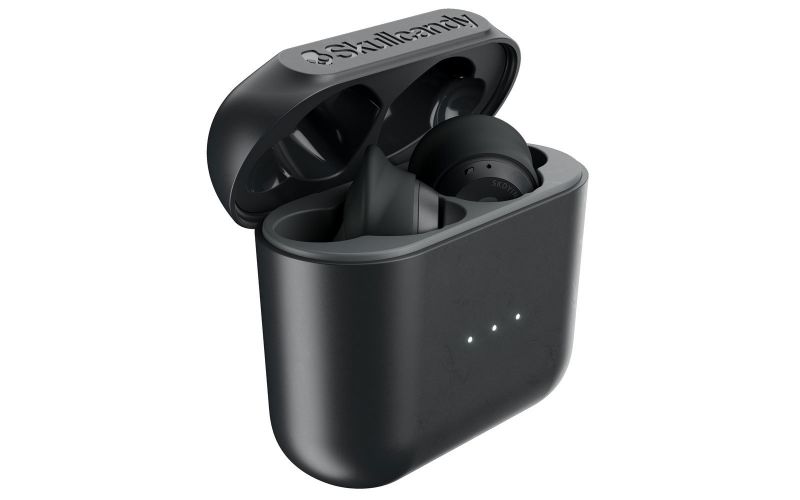 The Skullcandy Indy is another from the brand who has a strong portfolio of audio products that are competitively priced. This isn’t the first true wireless option from Skullcandy. Earlier, the Skullcandy Push was launched and they are of the traditional true wireless variety. In our review of the product, we found that the design is a bit large and this can be a negative point. The bass response wasn’t the best as it was too overpowering and had the tendency to drown out other frequencies.