Healthy New Year to you: Monitor your health at home

Freestyle Libre, lets patients use their own reading device.

Mobile health apps today play a big role in helping people suffering from chronic diseases. Thanks to the advances in mobile technologies and the wide availability of smartphones, sufferers can monitor their own condition and allow doctors to see the data and intervene when necessary. In the year just gone by, people downloaded 3.7 billion health apps, most of them for Android devices.

According to a global study last month, by Berlin-based Research2Guidance entitled "Top 3 therapy fields with best market potential for digital apps", diabetes remains the leading area of for mobile health solutions accounting for 68% of mHealth apps. This is followed by obesity with 35% and depression with 28%. Ailments such as Alzheimer’s disease, cancer, chronic pain, neurological disorder and Asthma are likely to remain niche markets for the next 5 years.

Recent months have seen many advances in medical devices that allow users to harness their smart phones to help monitor many conditions at home and avoid visits to a clinic unless really warranted. Studies show that 85% of the world's population -- or some 450 million -- suffer from diabetes. Millions of sufferers prick themselves for a home sugar test. But those whose condition calls for continuous glucose monitoring (CGM), an elegant solution called the Libre Pro Flash glucose monitoring system is now available from Abbot. A doctor applies a small round sensor costing under Rs 2000, the size of a Rs 10 coin as a patch on the patient's arm and it measures and records glucose levels with a tiny filament under the skin for up to 14 days. The data is read by the doctor with a reader that is priced around Rs 5000. The latest version currently launched in the US, called Freestyle Libre, lets patients use their own reading device.

The trend in 2018 is apparent: More health monitoring at home, fewer visits to the doctor! A Healthy New Year to you! 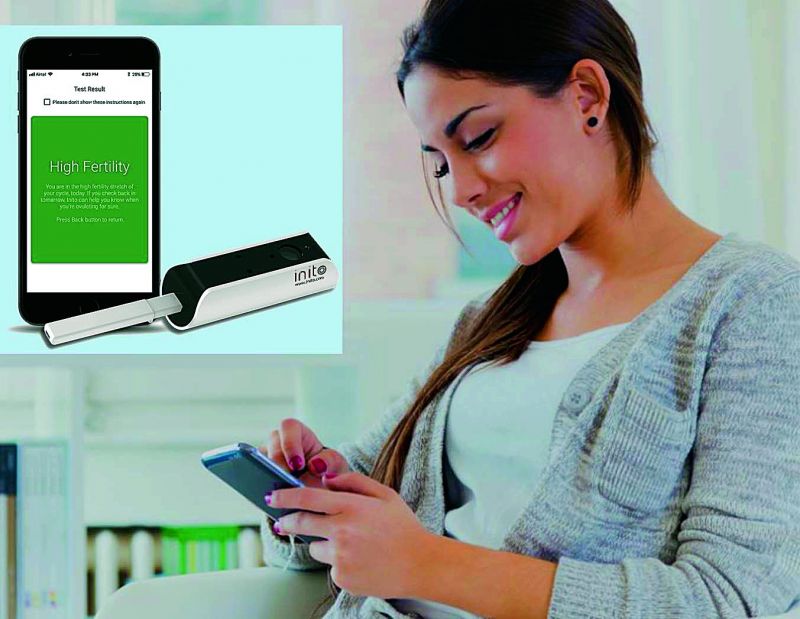 When alumni Aayush Rai and Varun A.V. from IIT Roorkee and IIT Madras respectively set up medical tech startup Inito in Bangalore, they worked on one premise: the average Indian had more than one medical need. DIY home kits were great, but would be greater if they shared the same device. So their team developed a sort of universal kit for home diagnostics. The first test just launched is for fertility monitoring kit for women. The test strips are dipped in urine and inserted into the device, which is then attached to the phone and the Inito app displays the result. It is said to understand cycle variations and give highly accurate results unique to every individual woman’s cycle, identifying six fertile days. It costs Rs 3,195 from the company's website www.inito.com and a pack of 6 strips costs Rs 895. The beauty is that later this year, the same instrument can be used for monitoring diabetes, thyroid and Vitamin D tests, with different strips to be launched. 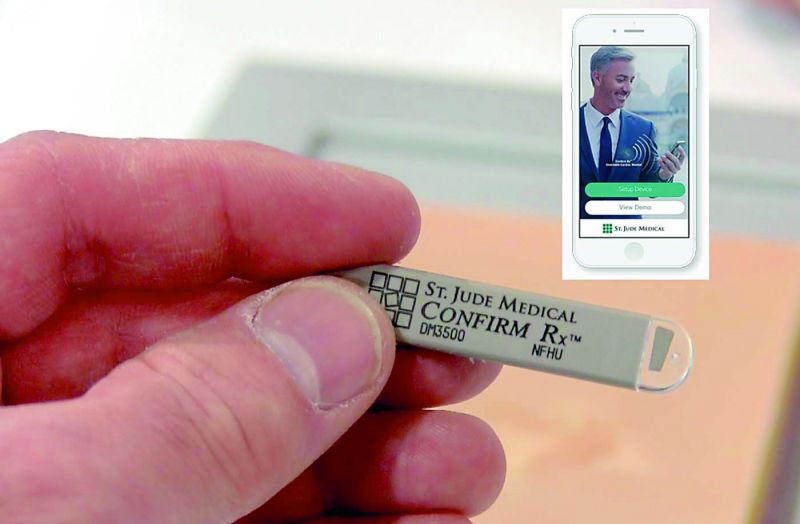 The Insertable Cardiac Monitor or ICM has become a popular solution for patients whose heart condition needs constant monitoring for an early diagnosis of dangerous rhythm problems. Now thanks to an invention at healthcare company Abbot, such monitoring can be done easily with the world's first smartphone-compatible ICM.

Once implanted under the skin in the chest, the Abbot ICM, as small as two paper clips, transmits data to a smart phone via an app that allows patient to track symptoms and sync them with their doctor. Patients can also record their symptoms like fainting spell or palpitations to supplement the data from the implant. It has been recently launched in India.