Canon EOS 800D: An all-rounder for a beginner's upgrade

The EOS 800D is an entry level DSLR.
Rating:

The Canon EOS 800D is the latest from Canon’s stable towards making the Digital Single Lens Reflection — great again! Canon has come a long way from their initial model, the EOS 300D, which was launched earlier in 2003. 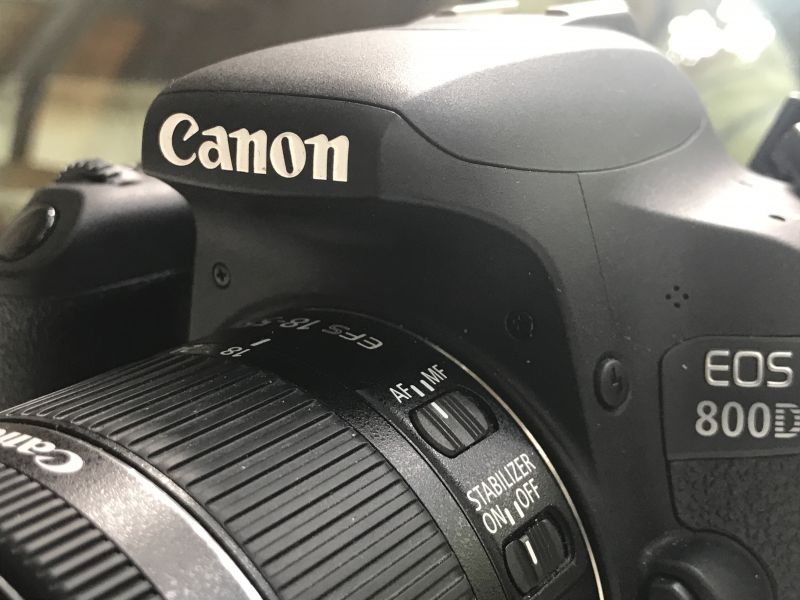 From then, various iterations and updates have arrived which have been favourites with both beginners and experienced users alike. During the initial days, an entry-level DSLR used to be a stripped down device and switched features and quality for dirt-cheap prices. But now looking at the EOS 800D, we feel it is no longer the case. 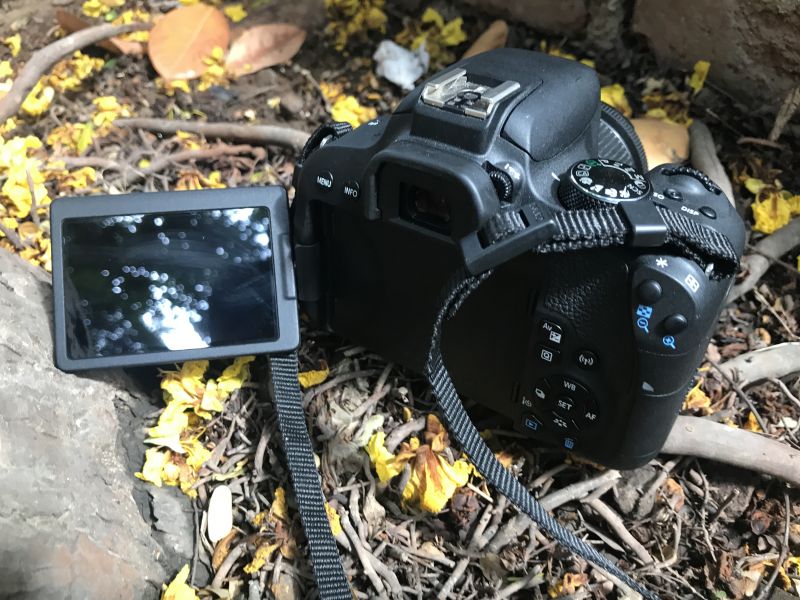 The EOS 800D is built around a 24MP sensor and utilises Canon’s Dual Pixel AF system which provides improved autofocus in live view and video. We all saw the EOS 750D and now the EOS 800D is an upgrade to that and we aren't complaining. The EOS 800D sits above the EOS 1300D, which is the cheapest Canon in its EOS lineup. 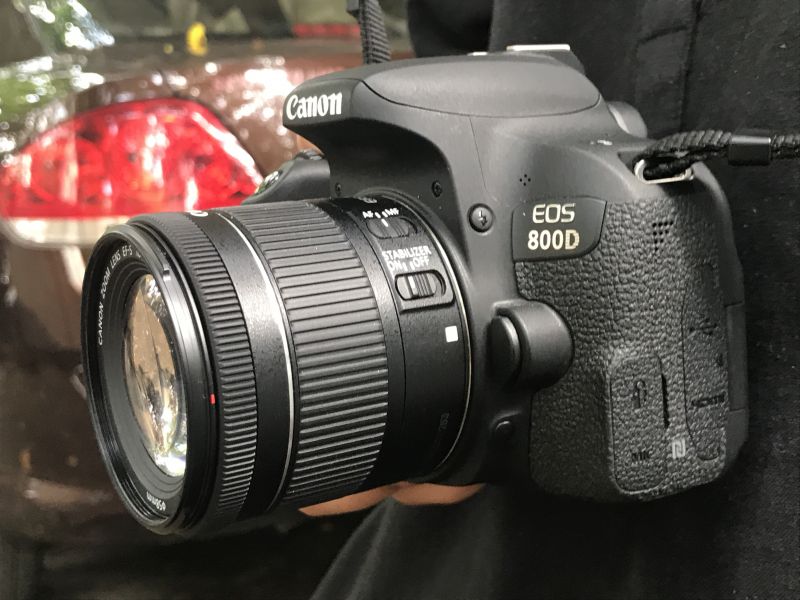 The camera has a lot of positive features like Canon’s latest DIGIC 7 processor, 45 AF points — all of which are horizontally and vertically sensitive. It has built in Wi-Fi, NFC, and also Bluetooth 4.1 with added low energy technology (Whoa!). 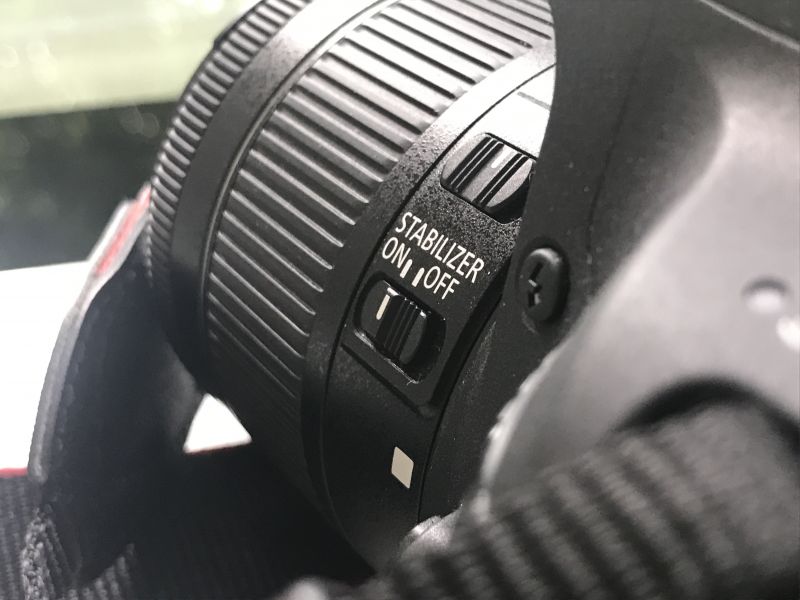 Now about the build quality — let’s just say the EOS 800D does not have the build made out of magnesium alloy, but it is sturdy nevertheless. The EOS 800D sports an aluminium alloy and polycarbonate construction, with the camera not weighing in about half a kg with the battery and the card. The grip is chunky and the weight gives the build quality more justice. But the top and rear of the EOS 800D give off a plasticky look, which might not go down well with everyone, but we can live with it. 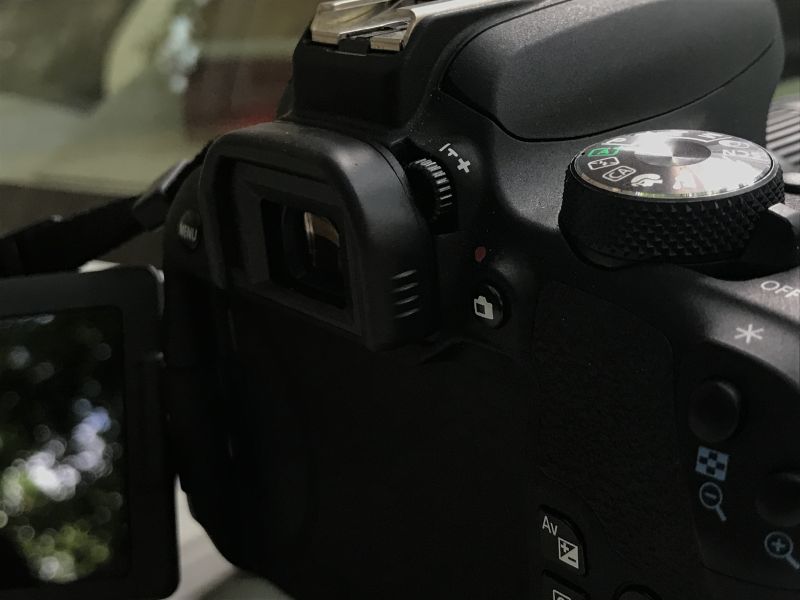 The buttons feel responsive (and there are a lot of them!) But never during the times of heavy usage were we faced with “what does that button do?” dilemma. The buttons and dials look okay and the touchscreen is a breeze.

Too many buttons? On the camera we have a classic mode dial which allows a quick flick between different exposure modes, including 'Auto' for those just starting out as a photographer. There are also direct buttons for ISO adjustment, display, autofocus points. 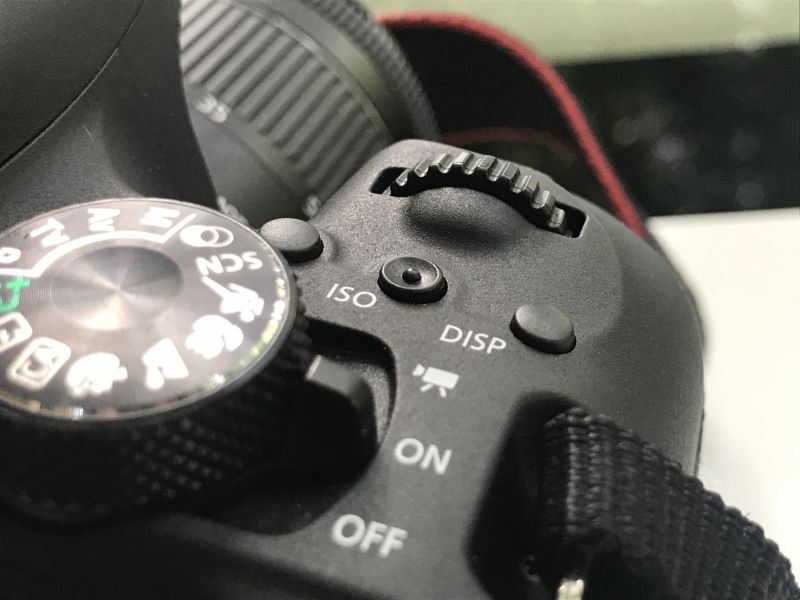 On the back, you’ll find a host of buttons, 15 to be exact. You have the Menu, navigation keys which double up as other functions as well (AF mode, white balance, drive mode, and picture style). You’ll also find a Wi-Fi button, because well, this camera has got Wi-Fi. 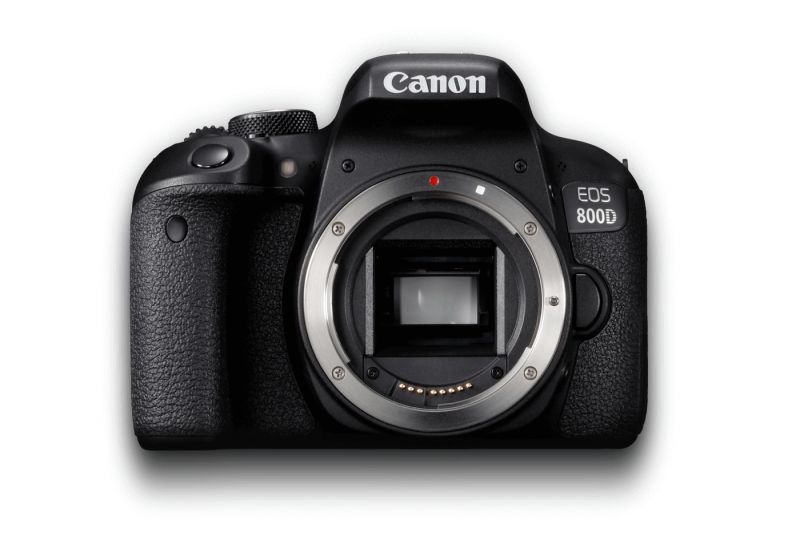 You may think, 'what about the touchscreen then' — well, the camera, on top of all those dials and buttons, has a great touchscreen. This is a capacitive one which allows you to access all the settings and features you need. Tap the ‘Q’ button and you will find yourself bombarded with various options in the quick settings screen. Here one can adjust the drive mode and exposure compensation. 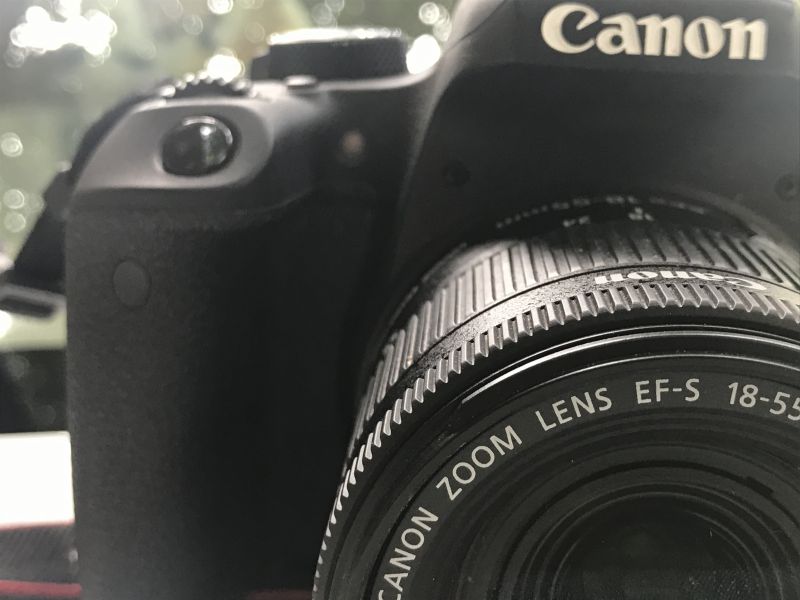 The touchscreen can also be used to set up autofocus when shooting in Live View, as well as navigating through menus or swiping through playback. The Live Shooting view with touchscreen controls was easier to operate particularly during awkward shooting-angle moments. 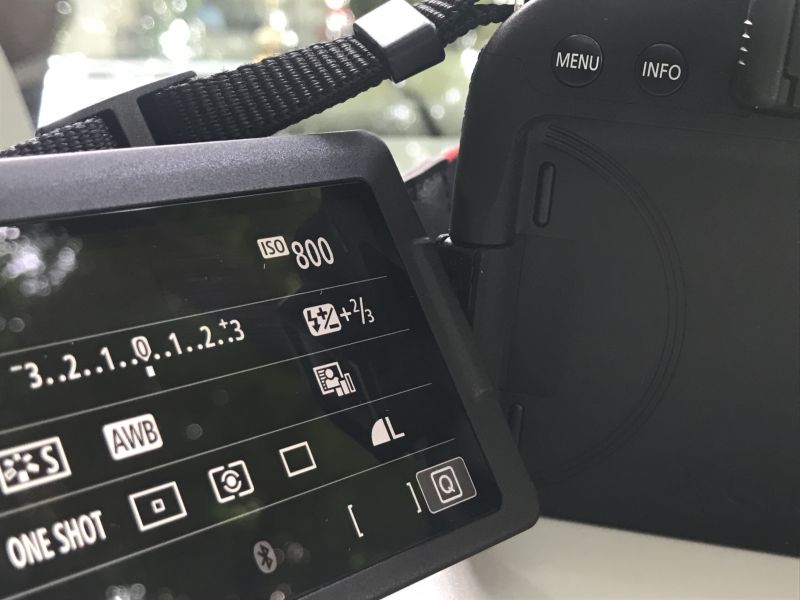 We could sense Canon has played safe with the EOS 800D, sticking to a tried-and-tested feature set, but also added a few tweaks and upgrades to keep it current. However, video quality is at full HD, and not 4K (Why, Canon?). Still, beginners can make do with the full HD. 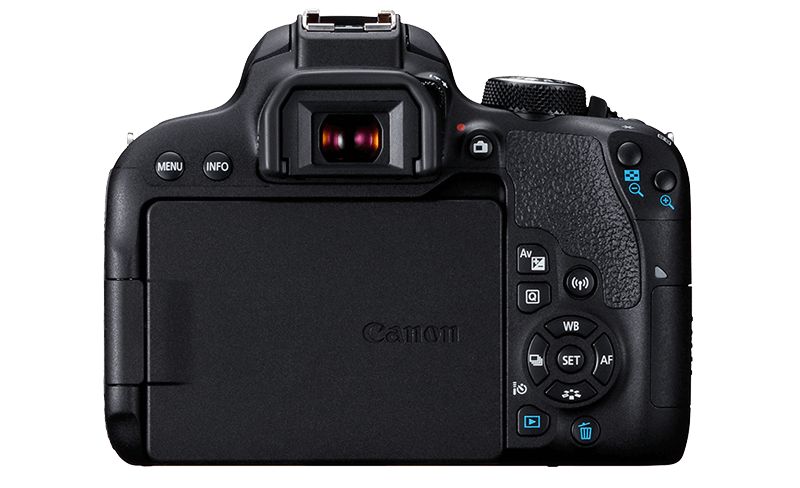 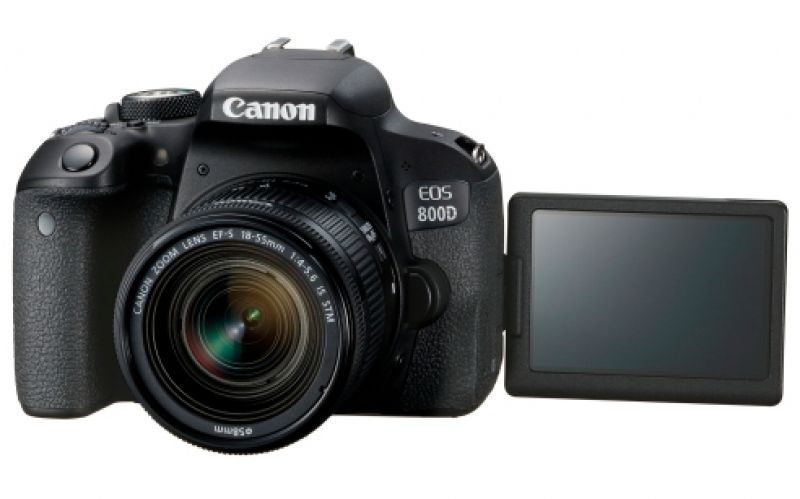 The EOS 800D has an optical viewfinder and it utilises the cheaper pentamirror design (more expensive DSLRs use the pentaprism). However, we had to be careful when we reviewed the images on the rear display as we saw some elements in the photos along the side of the frame which weren't noticeable when we used the viewfinder. 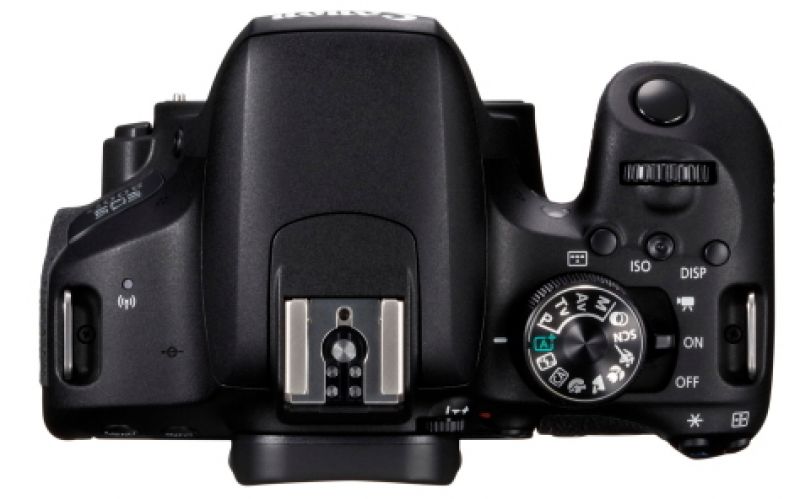 Image tracking is decent, but we would suggest the action enthusiasts to look elsewhere for more suitable cameras because this camera has a top shooting speed of 6fps. A slouch when compared to rival models at this price point. 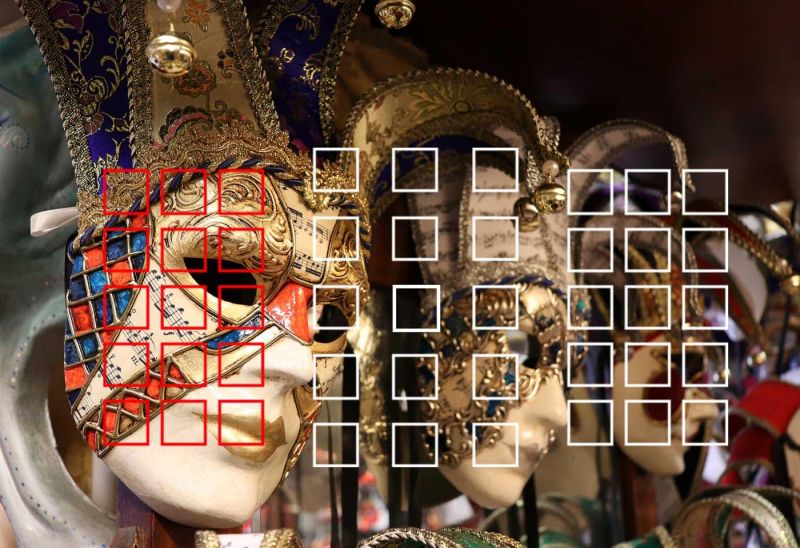 We remembered Canon had its trustworthy 19-point phase detect AF system, which they had employed in the 750D. Canon overhauled the earlier system for the EOS 800D, increasing the coverage to 45-point cross type AF system for more accurate focus. 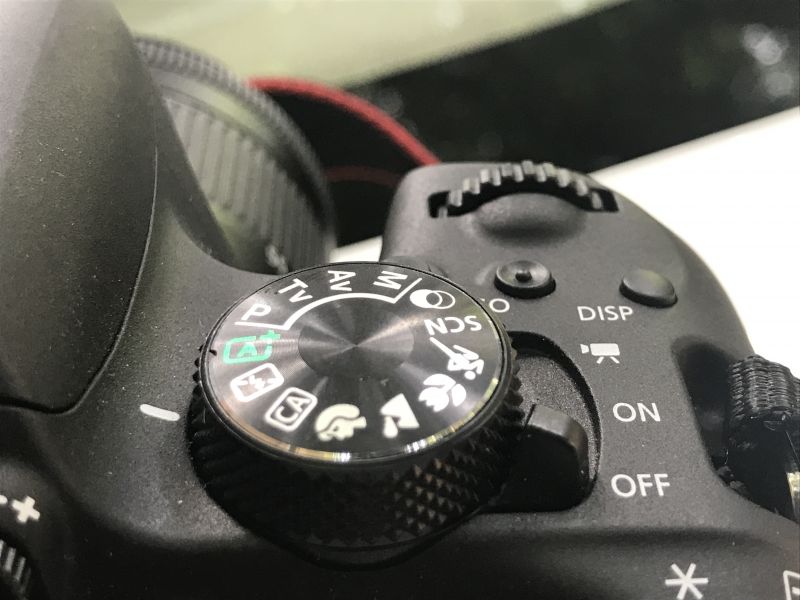 Because of the absence of a dedicated joystick for AF point selection, this is done via the four-way button arrangement on the rear of the camera, which works swiftly. 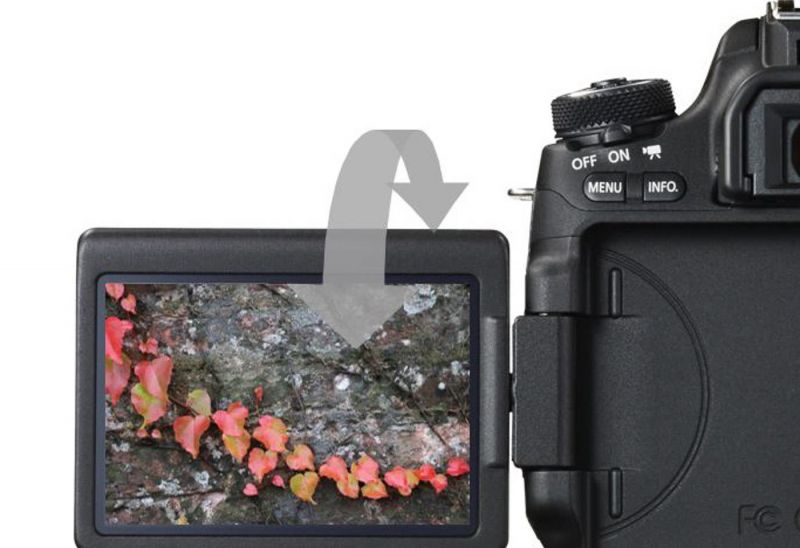 During our test shots, we found the EOS 800D very keen on using the built-in flash. This means bleached out images, which forces you to turn off flash. The camera will then move towards reducing the shutter speed, rather than increasing its ISO count. Unless you have a steady hand and a steady subject, your pictures could be blurred out. The difficult part — there's no way to change this behaviour unless you are using the Manual mode — meaning it’s not very easy to operate without a tripod.

The photos are vibrant and look great for a beginner DSLR. But we noticed a hint of warmer colors in low light or artificial lighting conditions. Moving towards the Program mode or the Manual mode corrected this. 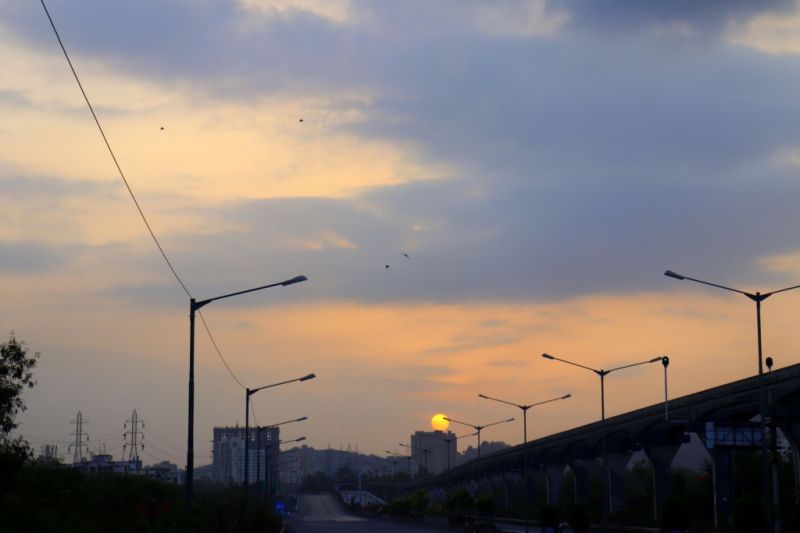 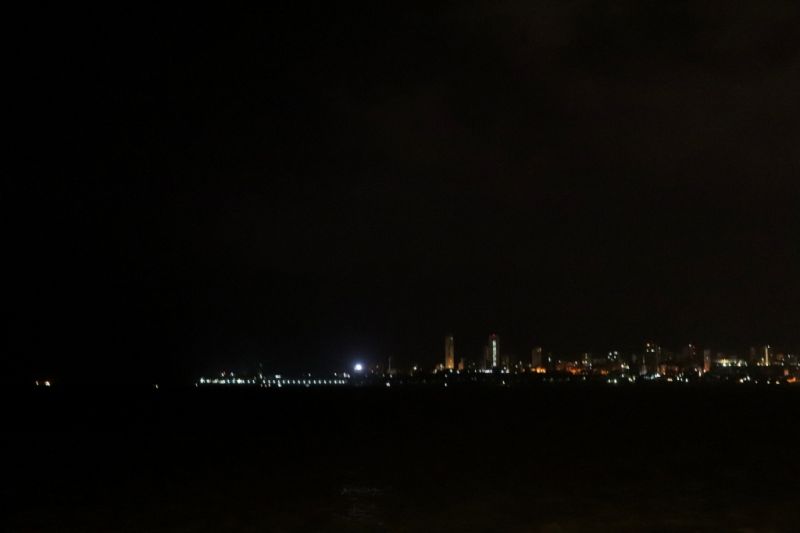 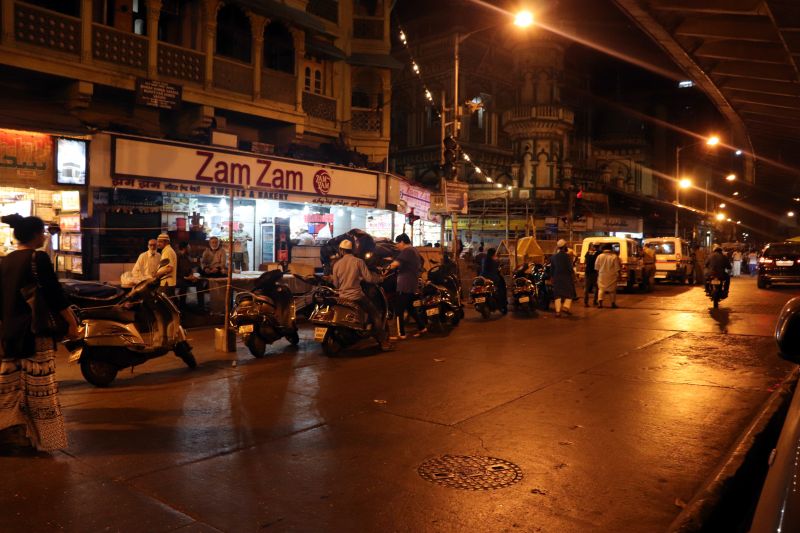 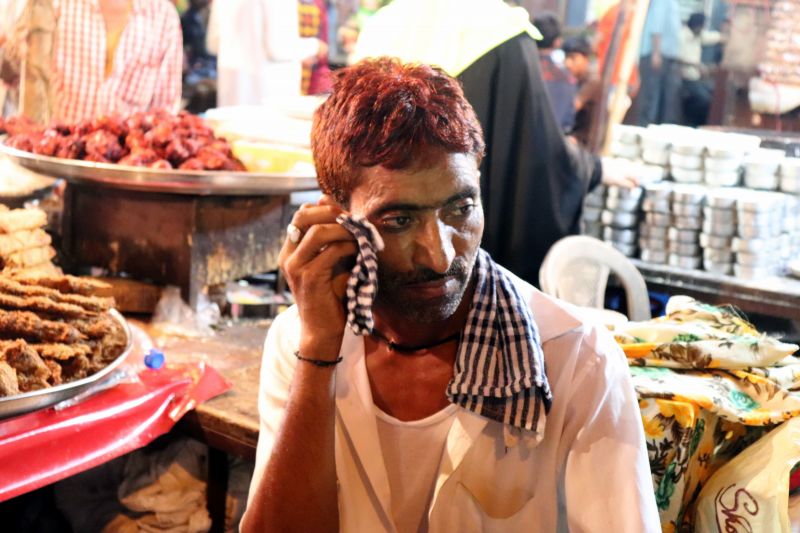 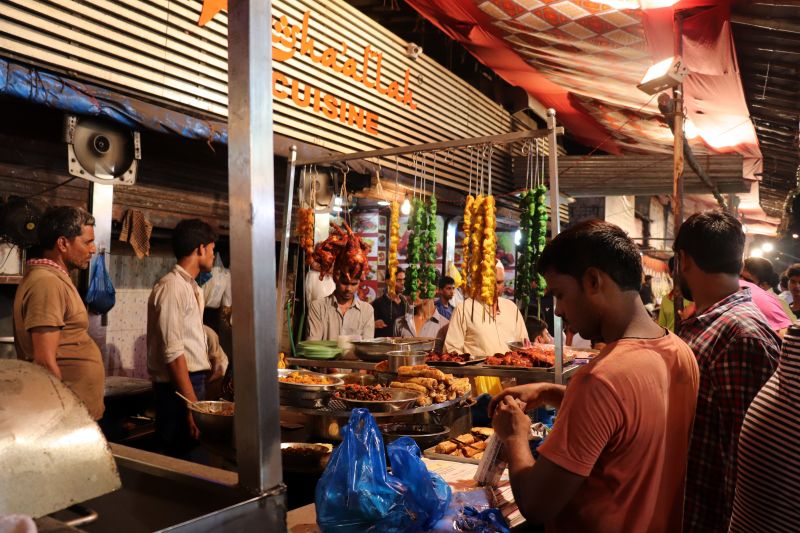 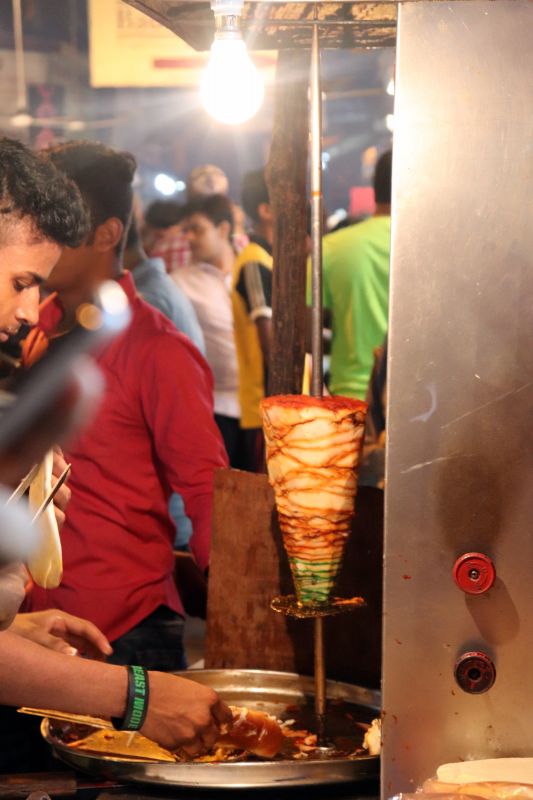 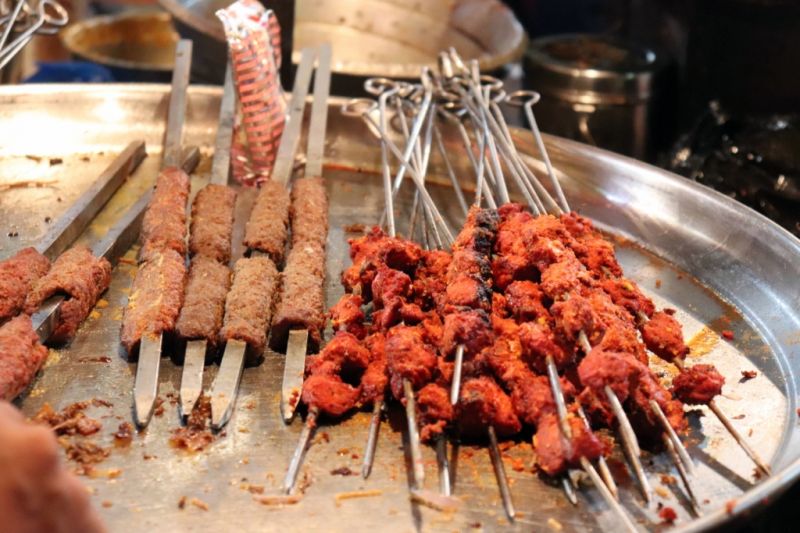 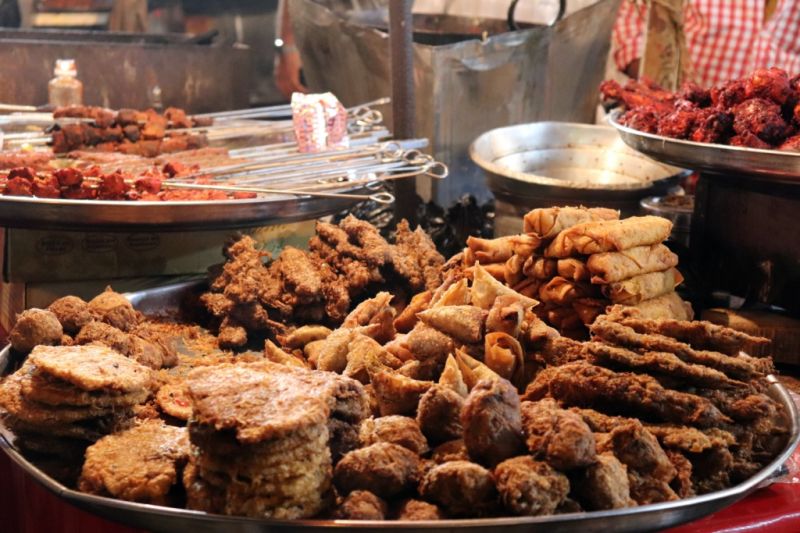 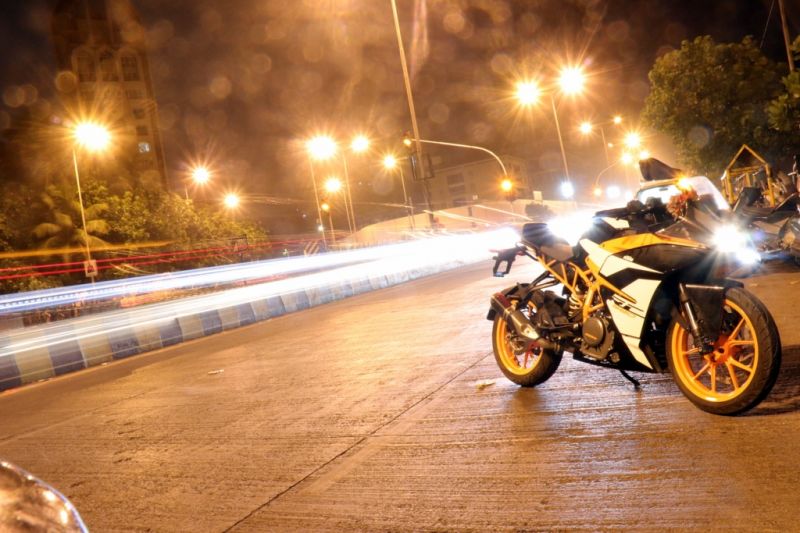 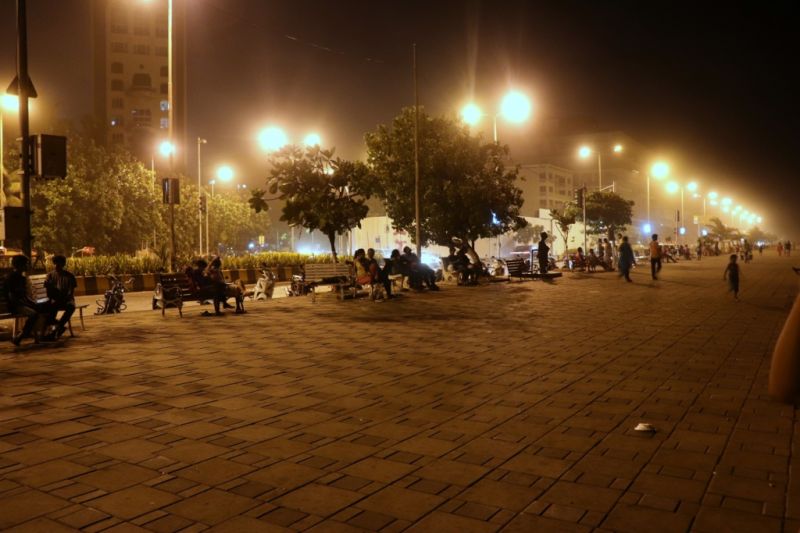 The EOS 800D also has a built-in Wi-Fi system, which can be used to connect to your smartphone. This meant you can transfer photos to your smartphone whenever needed, making it easy to offload your pictures to make room on the storage, or share instantly over the internet. The connection was complex, which we found surprising considering this is an entry-level DSLR.

Lastly, the price of this beginner basic starts from a whopping Rs 56,995. The biggest glaring issue of all this is that Canon has branded this DSLR as an entry-level, which we think is pretty absurd when we look up all the other DSLRs which one could buy with the same amount of money. But hey, they can’t be wrong.

We had fun trying out the EOS 800D for some time, but when it comes to buying one, you could be disappointed with the sticker price. Maybe Canon should do something about it. Probably, the price will come down by a margin, citing the festive season around the corner.

We would definitely recommend this DSLR for anyone who is looking for an upgrade from their previous starter kit to a more professional beginner model. Canon has always kept its name in the photography segment and the EOS 800D will definitely not disappoint you. All you need to agree with is the steep price you would be paying up.

Specifications and comparison with EOS 750D: 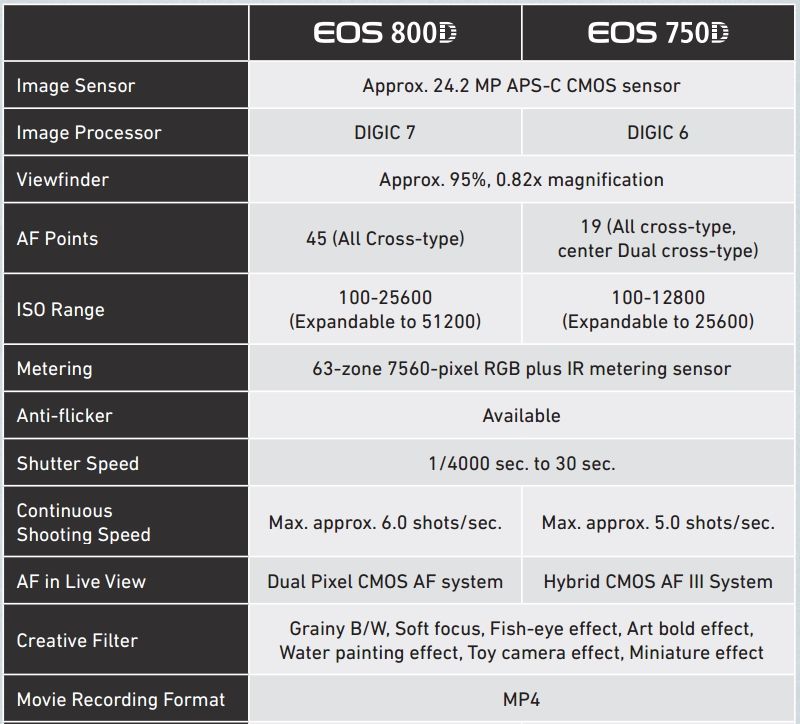 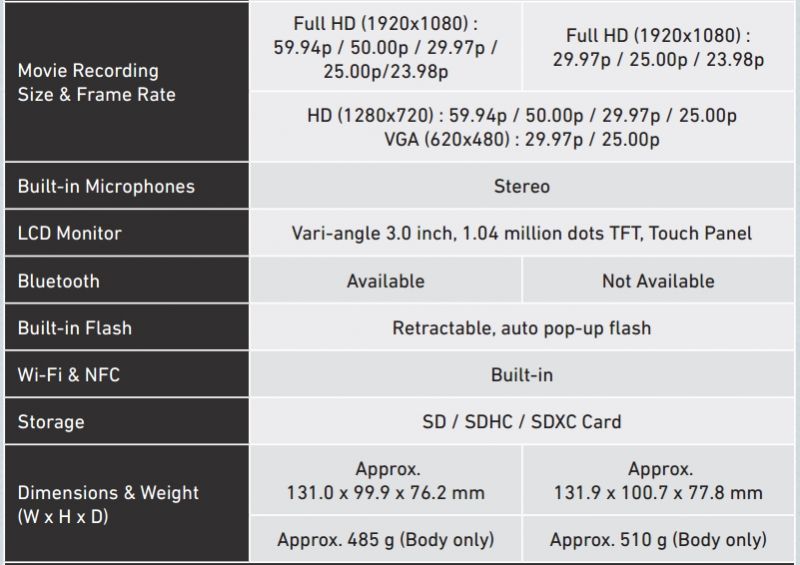