Skullcandy Venue review: Noise-cancellation for everyone

The headphones are finished off in plastic for the most part, the leather found on the headband and ear pads give it a rich look.
Rating:

Studies show that listening to music can help you concentrate on various tasks at hand; be it focusing on work, studying for an exam or even the soundtrack of your favourite video game. While music helps, your headphones should ensure zero disturbance too. Ambient noises that seep in can play havoc with concentration even if the music is loud enough in your ears. Also, ambient noises can destroy your entire music experience.

Noise-cancelling headphones help to an extent that’s insurmountable as they filter out outside noises that tend to distract us from the task we are vested in. The Skull Candy Venue comes with active noise control (ANC) and allows the wearer to tune in to his audio without the need to raise the volume excessively. Hence, it's no surprise that on flights we often catch people using similar headphones to block out external noise, such as the engine or cabin disturbances, allowing them to have a restful, peaceful sleep with a subtle music in the background. Moreover, noise cancelling headphones aim to increase the signal to noise (SNR) ratio a fair deal more than passive noise cancelling headphones. In short, noise-cancelling headphones can heighten hearing enough to completely offset the consequence of a off-putting concurrent activity. 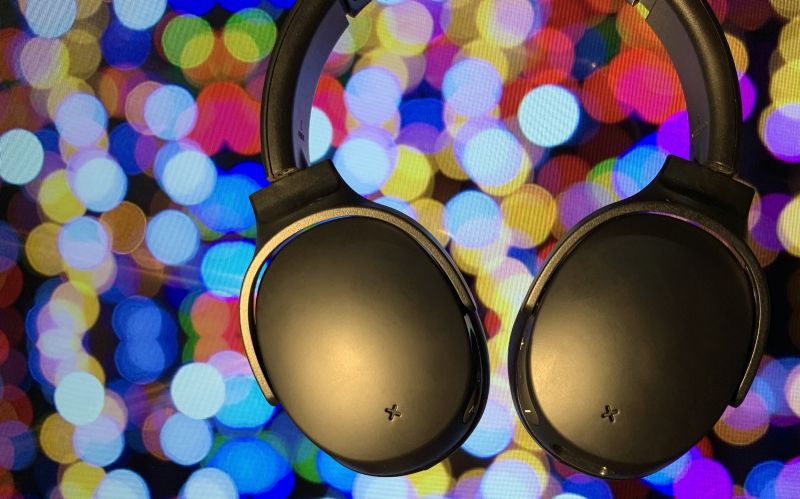 Presently, there are several brands launching headphones with active noise cancelling. A lot of the big-name brands have launched their own variants with most of the products achieving more than desirable results. The market is currently dominated by the likes of Bose, Sony, and a few others, but there are other brands looking to infiltrate this space by launching products that aim to disrupt the market.

Skullcandy, a brand that’s well known in the international market as well as on our humble shores for launching headphones that are not just budget-friendly, but also offer a sizable bang for your buck when it comes to audio quality. The brand recently launched the Venue noise cancelling headphones in India and priced them at Rs 18,999, which is by no means budget friendly but rather aimed at everyone from co-workers, roommates and commuters struggling to find their own space in shared working, living and travel environments. 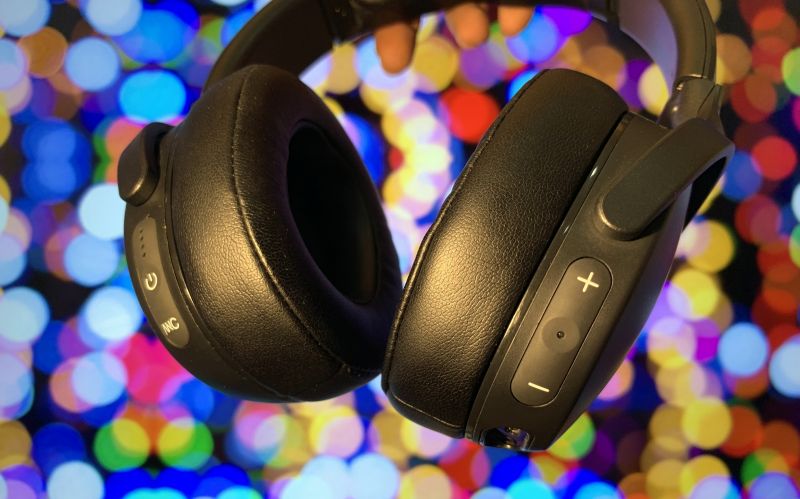 To start off, the Skullcandy Venue is available in two colour options — Black and White. These headphones come with a minimalist design with a branding that’s barely visible — a nice touch as it looks at home in either a gym, workplace or journey. We have the subtle Skullcandy branding on the headband that’s a shade lighter than the matte Black finish which these headphones are dressed in. The ear pads are made of soft leather giving them a refined look, something we found to be quite pleasing to the touch, unlike certain pairs of earcups that tend to be too stiff making them uncomfortable to wear for extended periods of time.

The headphones are finished off in plastic, for the most part, the leather found on the headband and ear pads give it a rich look. The headphones may be one of the most comfortable pairs we have used and this is all down to the soft leather of the pads. However, the joints tend to creak like an old man past his prime. This may get a bit annoying as the build quality of the product is thrown into question. Another point of contention we have is with the locking mechanism adjustments of the headband as they just refuse to lock in to place as easily as they ought to. There were more than a couple of instances these just loosened out and fell off the head. Although it has to be said though these headphones can be a gym companion, they aren’t advertised as being workout headphones as they don’t come with any ingress certifications that keep them sweat resistant. So stick to these indoors or in comfortable travel — avoid being out in the sun if you sweat a lot. 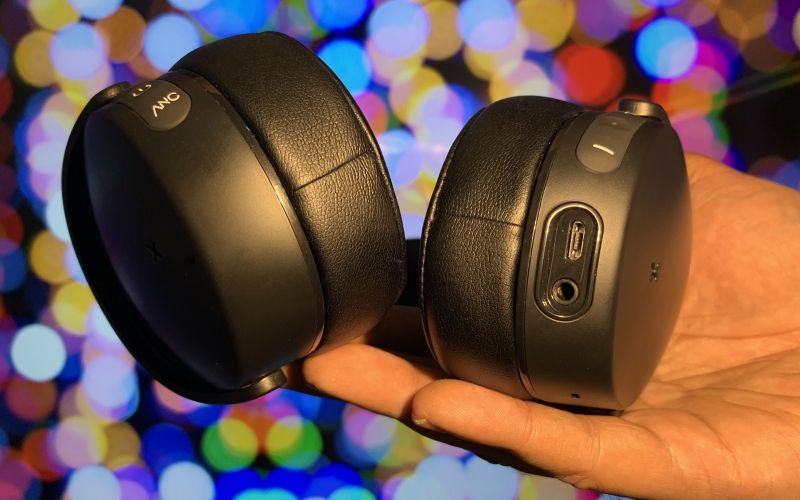 The controls are located on the ear cups with the left side featuring the battery level indicator, the power button and the ANC button that either turns the active noise control on or off depends on your need. The right ear cup features the pairing button along with the play/pause and volume. These buttons are made of rubber and feel like they could last well throughout the life of the product. The right ear cup houses a USB charging port, and a 3.5mm audio jack can be connected to the source should the headphones run out of battery. This is a convenient feature that’s often overlooked as at times one may forget to charge them. However, you carrying the cable around could be a hassle for many.

Overall, the Skullcandy Venue is a premium looking headphones and being made entirely out of plastic, we found it light enough to use for extended periods of time. 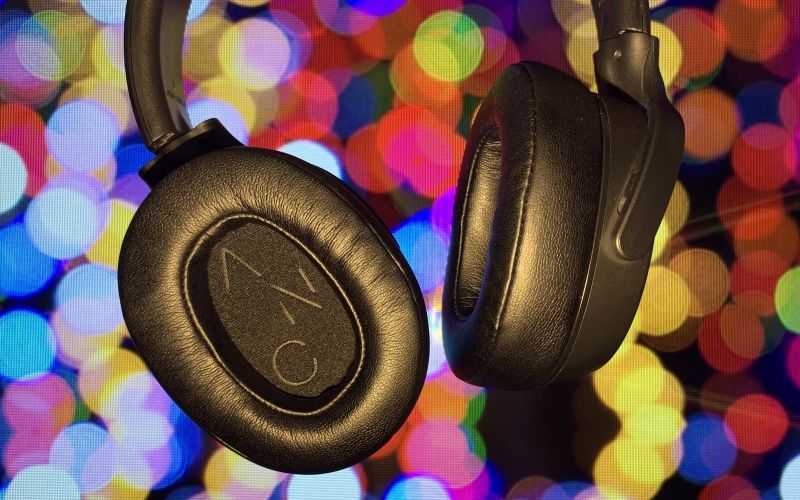 The highlighted feature of these headphones is definitely the ANC that’s found here. The Venue’s active noise cancelling technology has been designed to deliver a powerful ANC performance at an affordable price so that users can get the most out of the listening experience.

While ANC could be the sole reason to purchase these headies, there’s another handy trick here which we found to be way more interesting — Tile support. For the uninitiated, Tile is an American consumer electronics company that produces key locating devices using Bluetooth. By using the app, you can easily locate your headphones by a simple tap of the button on the screen. For those of you who happen to be forgetful and not know where you left your headphones, all you got to do is a one-time setup process with the Tile app. Thereafter, every time you misplace your headphones, by using the Tile app, you can power it on remotely using Bluetooth LE and it will play a sound. However, while this is a great feature to have, the alert audio is rather lower than expected. So, only if you’re in a quiet room or if you happen to misplace the headphones around your home, you can easily find it. But, if outdoors, then the alert is too low for you listen. Lastly, the feature is only possible when the device is in a Bluetooth range — approx 15 metres max. This feature is great for those who often forget where they stuffed their headphones at home, or simply cannot spot it easily. 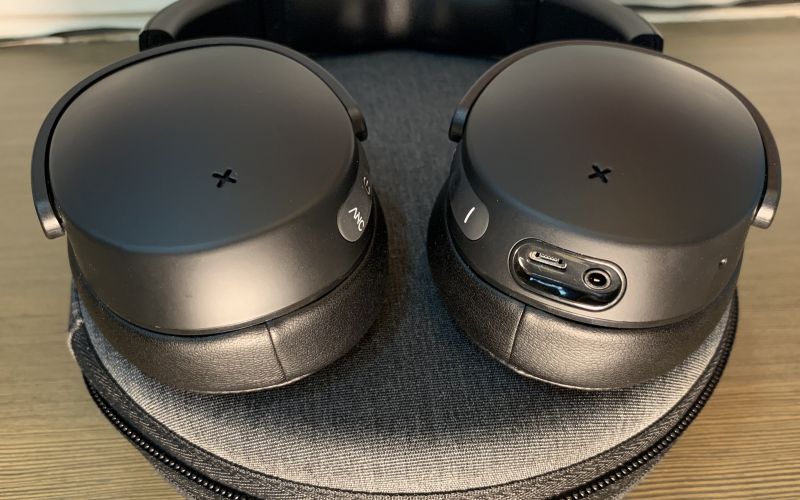 These headphones also feature an option to activate your voice assistants — ask for whatever you need without requiring to handle your smartphone. Another handy feature is Rapid Charge — a 10-minute charge will fetch you a massive 5 hours of playtime. The battery indicator (four LEDs) on the Venue provides you with how much of charge is left on the cans — 25 per cent for each LED, and if it turns red, then there’s less than 5 per cent battery left. The Skullcandy Venue boasts a 24-hour battery life with ANC and Bluetooth in action. This is much more than most other headphones promise and in our time with it, we managed to pull out about 23 hours before it died. This is by far one of the strongest points for Venue. A full top up will need around 2.5 hours of charging. 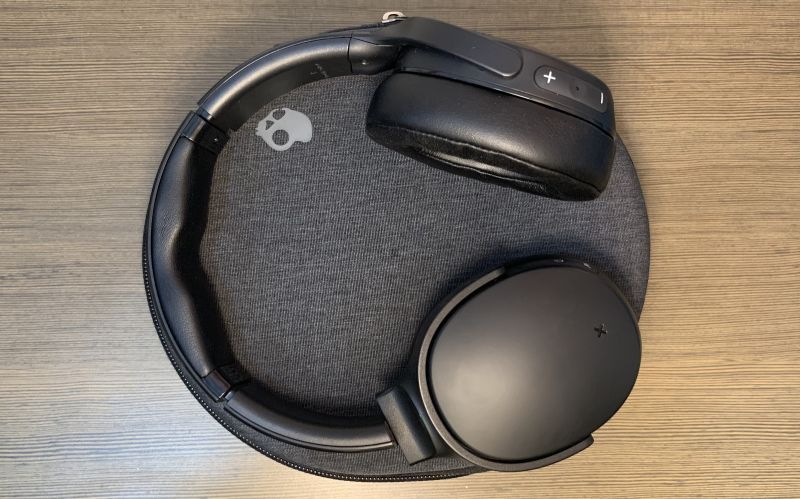 While the features are impressive, we had mixed reactions to the overall performance. While testing the performance, we used them with both Android as well as iOS devices. The setup was instantaneous and connection, never lost. 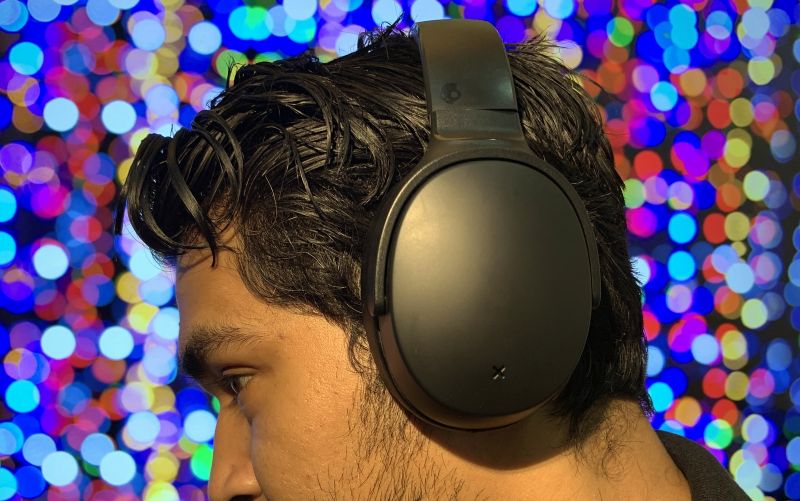 Most models from the same brand launched over the ears have been pretty bass heavy, making it sound a bit unnatural. However, when we were instantly impressed with the balanced audio delivery from the Venue. The bass has a great amount of detail with it being tight and punchy, just enough where it needs to be. It also had enough space in between to pair the entire song together making it pleasant listening for most sought-after genres. At higher volumes, the bass does start to get a bit distorted. The mids and highs, while great for most consumers, tends to sound a bit fuzzy as the highs have the tendency to bleed over the mids in certain areas. For most out there, this should not be a major issue. However, audiophiles should stay away.

Lastly, the ANC here does its part of filtering out ambient noise and its performance can be rated as 'better than average'. However, when the ANC is off, the music is barely audible  as the overall volume reduces to almost 20/30 per cent. No matter how high you turn it up, the volume level with ANC switched off is pretty much disappointing. 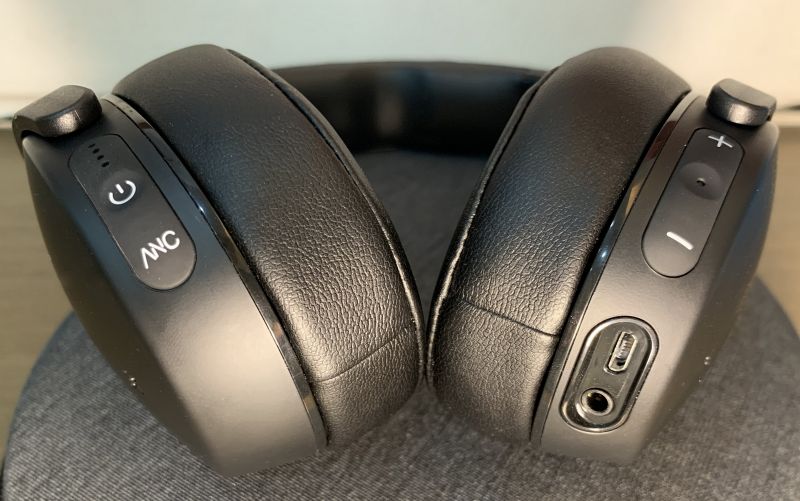 The Skullcandy Venue is priced in India at Rs 18,999 and for the most part, these are solid performers. With ANC turned on, the audio quality will be a treat and we definitely enjoyed the overall audio quality. The asking price for the Venue is a bit steep, especially considering the issue with the ANC.

However, what makes up for the wanna-have headphones are its overall ANC performance, quick charge, long-running hours, comfort wear and Tile support.