The concentric circular design adds to the sporty design found on the 1More iBFree Sport.
Rating:

For fitness freaks, we are always on the lookout for earphones that are durable and waterproof. We need durable earphones as sometimes they get snagged on gym equipment and may tend to come undone. And for someone who requires music while working out, sweat can be our worst enemy as they can damage the best of earphones. 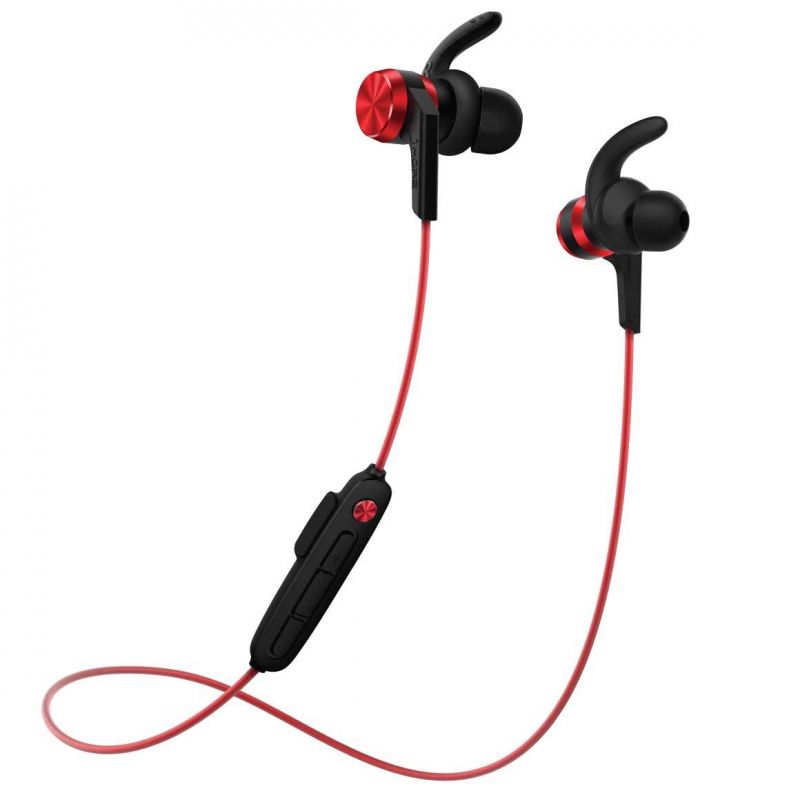 While there are plenty of earphones in the market that are durable, we find earphones that are officially waterproof to be quite scarce. We have used earphones as expensive as Rs 15,000 too, but even though they feature pristine audio performance, they have failed badly even after a few extremely sweaty sessions during a workout.

1More has recently launched an updated version of the iBFree Sport wireless earphones and these come with an IPX6 rating, a significant upgrade from their previous version. With this, we should expect them to survive a few sweaty sessions in the gym or during a run.

1More, a little-known company that has set foot in India recently, but well known in China for its audio goods. 1More Inc is actually a company formed by three former Foxconn execs that established the company with investments from Chinese smartphone manufacturer Xiaomi — surprised?

Read on to find out if the 1More iBFree Sport Bluetooth earphones are worth a buy or not. 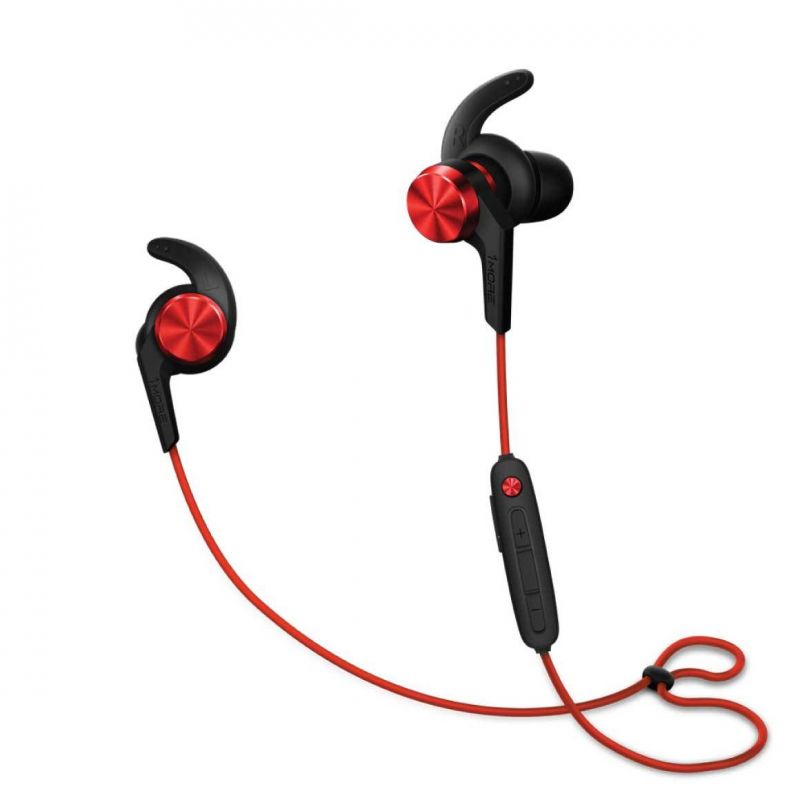 The iBFree Sport BT earphones come in two colour variants — Red and Black. For our review, we received the Red variant and we have to state that this definitely looks very attractive, in a sporty sense. They come with a neckband style design, so no truly wireless option here. But it's great for those who prefer the security of a cable around their neck. As for the cable, it doesn’t feel flimsy and it looks like it can take a few snags when pulled against some equipment in the gym, with ease. The cable is stiff in the initial stage and can irritate you as does not stay in shape. However, after a few days of use, it gets a little softer and becomes comfortable thereafter. The cable is round and smooth, and we would have preferred it flat for a more tangle-free experience. Lastly, the red colour would get tarnished in time, but can be cleaned with rubbing alcohol easily.

As for the buds, 1More has designed it well by adding a concentric circular design on the rear. Having a metal chamber, they also look classy and are highly durable. These earphones are in-ear and come with three different sized silicone tips and hooks for a customisable fit. These accessories can be fitted on easily and it doesn’t any efforts to swap them out with the ones bundled in the packaging. We liked the hooks here as they were really soft and kept the earphones secure and snug in the ears. The earbuds feature oblique angles and curves and it’s a great ergonomic design as we felt absolutely zero fatigue while listening to music for hours together.

The in-line controls found here have an interesting design. In most Bluetooth headsets, we find a combined button (Play/Pause - Power/Pairing) for powering it on or off. Here, 1More has added a dedicated button, which allows you to easily turn the earphones off. So even if you are weary and tired or sleepy, you don't have to stress to hunt for the right button to turn them off. However, while the button may be convenient, it seems weird for using it only as a power button. 1More could have made the button function for something more — maybe use it to conveniently answer/reject calls.

This unit also features the standard AVRCP buttons for volume and multi-function. The charging port is also housed on the side and features a flap that is built well enough to stop water from seeping in and protect it from dust too. Sadly, the flap is made from rubber, which could probably wear off in time and leave the USB port unprotected, threatening it to beat the waterproof certification. 1More could have provided an additional flap in the packaging as a replacement, whenever needed.

Moving on, there are indicator LED lights found within this casing. They blink red and blue while pairing or turning off. While we like the idea of adding lights, we would have preferred if 1More had added a single multi-colour LED instead of two discreet ones as it tends to look a bit tacky. However, there are no real complaints about this from our side.

The in-line controls are easy to access to the iBFree, but one issue we faced with it was that they are too close to each other. The brand has added a distinction between the buttons, but accessing a particular button can a be a task, at least initially. Also the rubber buttons are black and you cannot make out the markings on them.

Another small feature that we would have preferred on these earphones were magnets at the tips. While this is not a deal-breaker, there are earphones that cost half the amount like the Sound One X50 that comes with this little feature. The magnets help securing the earphones around the neck when not in use.

Being sporty earphones, the iBFree should have come with a pouch for storing them when not in use. But no such case is found here. Your best bet would be to buy a third-party case to keep it safe. 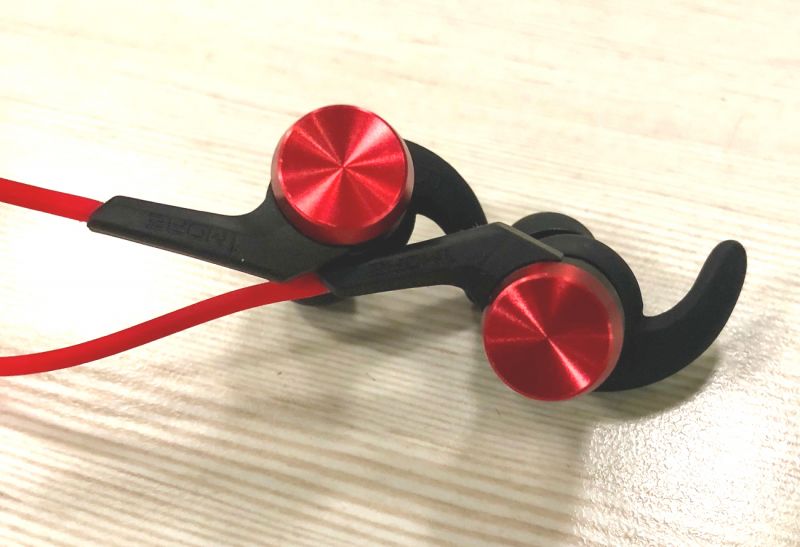 The 1More iBFree Sport Bluetooth wireless comes loaded with a lot of features, chief of them being the IPX6 certification. This allows a user to go for a run even in stormy rains, without the fear of water entering in and damaging the remote module or the earbuds. This is a superb feature that isn't seen on most earphones out there.

The second notable feature is Bluetooth v4.2. 1More claims that with their self-invented Bluetooth v4.2 chip, seamless and faster streaming with the highest audio quality possible, including AAC HD encoding and decoding. While the earphones can connect to multiple phones, only one phone is actually being used at a time. Additionally, the 1More headphones also feature auto power off (in 5 minutes) when not connected to any Bluetooth device, to save on power.

Another interesting feature found here is that 1More has added the Bluetooth antenna within the in-line control itself. Most manufacturers add this module in the earbuds. 1More states that the reasoning behind this is to reduce the radiation emitted from the BT antenna. By doing this, 1More claims that it helps reduce the electromagnetic radiation to the brain.

1More also has an app for iOS and Android and with it you can speed up the burn-in process as there is an option for it. Additionally, the app also has a very handy equaliser that allows you to adjust the settings to suit your need. 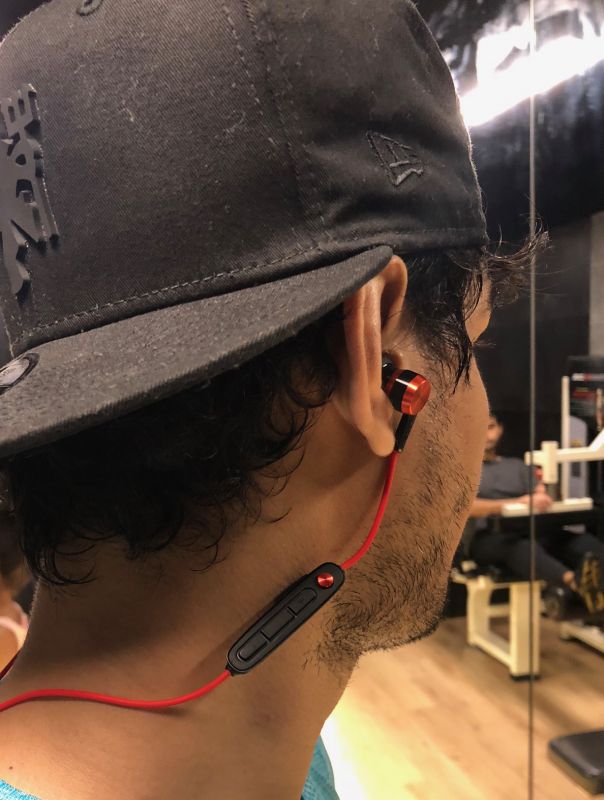 To start off, when we received these earphones for test, Mumbai was busy with stormy weather. We experienced very heavy rainfall that week. After the gym, we also used the earphones out in the open one rainy day. The iBfree Sport held up really well and even after we were drenched completely — the earphones simply kept going. The flap over the charging port protected the inline controls — no water seepage, whatsoever.

While on test, we used them during indoor workouts and whilst on outdoor runs. We absolutely loved how snug these earphones were and even though they were used in workouts (such as frog jumps and burpees), they stayed intact, never loosened, or fell off. The weight distribution seems perfect too, giving it a comfortable wear every time we used it.

One of the biggest gripes we have with conventional sports earphones is that though they may be cost friendly, they usually offer sub-par audio quality and build. However, with the iBFree Sport, 1More has fixed this issue and they now come with a soundstage that is well balanced. For those who are looking for an earphone that delivers substantial bass output, this is the model for you as the sub-bass is very noticeable in genres such as Hip Hop and Rock. The bass tends to get a bit distorted on higher volumes, but not as much that we would knock off any points of the earphones. However, it will completely depend on the audio track too. So make sure you are using music that is genuine so that you get the best audio experience.

On the upper-end, the earphones produce a lot of precision and highs were well represented. Elaborating on the highs, the sounds reproduced are pretty great for a pair of in-ear earphones. The sound quality is definitely not hissy. As far as mids go, the earphones do not lack here and has a fair amount of clarity and separation. Overall, the audio quality is not dull or drab and listening to music on these earphones is an absolute pleasure. 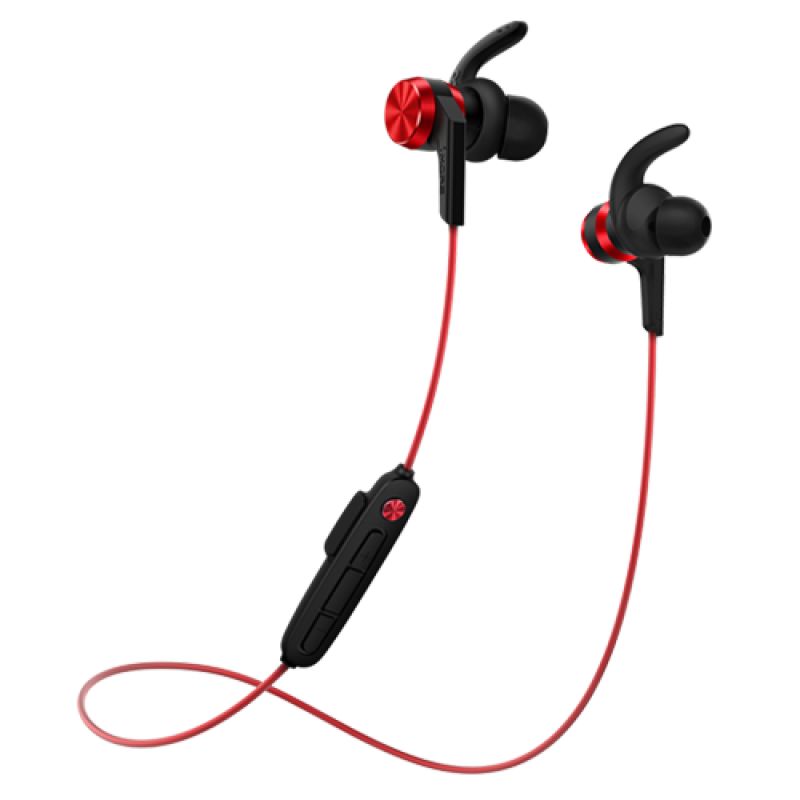 Being in-ear earphones, we also noticed that there was no audio leakage even on high volumes. This is great for those who like to listen to music at work and they won’t disturb anyone else. The earphones also do a fair job in blocking out ambient noises and we found this feature to work extremely well. Sadly, these earphones do not feature active noise cancellation, but work well with passive noise cancellation — thanks to the isolation provided by the silicone tips.

During phone calls, we observed that people on the other end were able to hear us perfectly well without any disturbance. We could hear the recipient pretty well too and we have no complaints here even while using the iBFree earphones even in traffic.

The battery life of the earphones are rated at 8 hours on a single 2-hour charge. We found this to be quite accurate and during a week’s (heavy) usage, we charged this model only a couple of times. The standby time here is a long 90 days, but we recommend topping it up so it doesn’t fail on you. Lastly, the earphones also support quick charge, allowing you to get an hour of run time with just 15 minutes of charge. 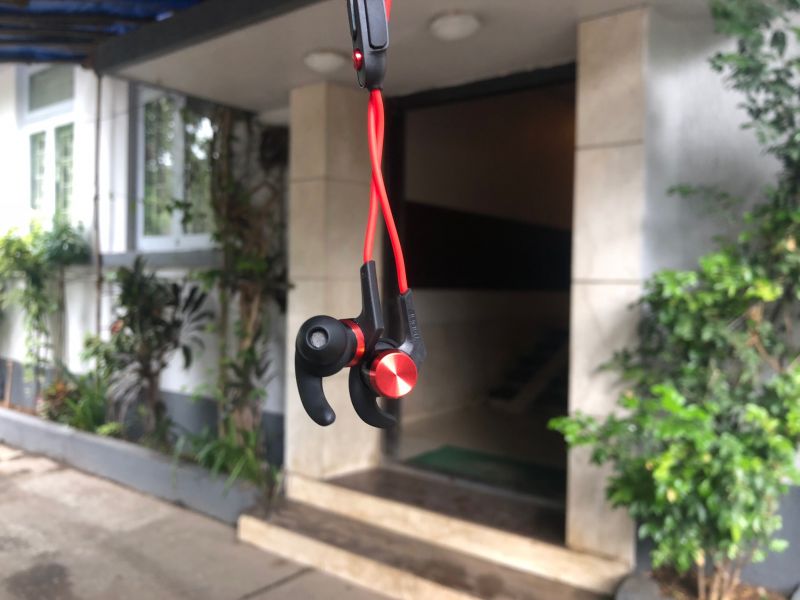 The 1More iBFree is priced at Rs 2,999 and we feel that it is one of the best earphones in the market till date. The stand-out USP is the IPX6 rating, which makes them weather resistant — perfect for everyday use for any individual. With great audio performance, and a decent form factor, this baby is something that you should definitely consider, if you are looking for great pair of Bluetooth earphones at a very affordable and attractive price.