Technology Gadgets 07 May 2019 He swallowed an AirP ...
Technology, Gadgets

He swallowed an AirPod, pooped it out, and guess what!

Apple AirPods are tiny and can be lost easily; however, a Taiwanese man named Ben Hsu lost an AirPod in his gut! (Photo: Representational/Pixabay)

When Apple introduced the AirPods, one thing is for certain they are durable and a man from Taiwan has experienced it firsthand. While the first thoughts of AirPods durability quickly suggest a horrific torture test, a Taiwanese man put it through a durability test that even Apple themselves couldn’t have envisioned.

Apple AirPods are tiny and can be lost easily; however, a Taiwanese man named Ben Hsu lost an AirPod in his gut! Yes, you read that correctly. He accidentally swallowed an AirPod and he and the AirPod have lived to tell the tale. As per a report by The Daily Mail, Hsu ended up carrying an AirPod in his belly after falling asleep listening to music on them. When he woke up, he pulled out his iPhone to locate the earbud only to find out that it was beeping like a pager inside his stomach.

He then rushed to a hospital where a doctor on duty gave him a laxative, which in the end, any form of natural way is far better than surgery. A day later, while at a railway station, Hsu found himself rushing to the nearest toilet as the AirPod was waiting to get discharged. 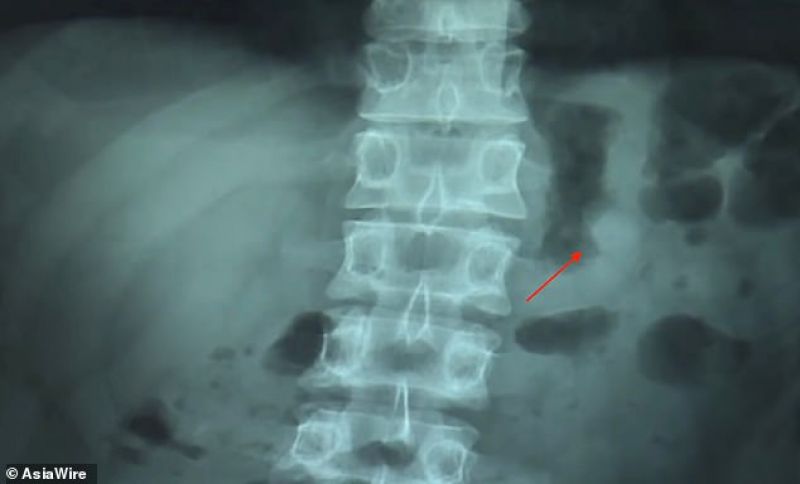 In the end, everything turned out well for Hsu and the lone AirPod as he not only got to find out that his digestive system works spectacularly but also that the AirPod worked fine and had 41 per cent of juice remaining.  Hsu told The Daily Mail, “The battery was still at 41 per cent! It was incredible.”

Explaining how the AirPod ended up in a place it had no business being in, Hsu said, “I checked under my blanket and looked around but couldn't find it - then I realised the sound was coming from my stomach.”

As of yet, Apple hasn’t yet commented on the incident, but we are sure they will be pleased to know that no matter the situation and how awkward it may be, the AirPods are indeed quite durable.