The HiFuture TidyBuds Pro are one of the most unique looking earbuds we have seen of late, shaped roughly like the oxford comma.
Rating:

The TidyBuds Pro are HiFuture’s third offering in India after they were launched earlier this month selling at a price of Rs 4,499. This price segment is pretty crowded, with gadgets like the realme Buds Air, Xech Speakerpods, Wings Touch, etc. competing with it.

However, the TidyBuds Pro also come armed for the fight.

A pair of True Wireless Earbuds, the TidyBuds Pro also double up as a power bank with a capacity of 3000mAh.

A hybrid and innovative device, we used it for a while both as a charger as well as earbuds, for quite some time. And the results were- well, we'd rather you read on to find out.

The HiFuture TidyBuds Pro are one of the most unique looking earbuds we have seen of late, shaped roughly like the oxford comma. With a red and black emblazoned HiFuture branding on itself, that lies on a plastic cover the earbuds had LED indicators under the transparent touch-sensitive cover. Now, point to be noted about this device is that despite its unique, aforementioned ‘comma’ shape it did not provide a secure fit during movement. Meanwhile, the plastic touch-sensitive surface was good in receiving all commands but also had the necessary characteristic of not being too sensitive, or leading to accidental commands. 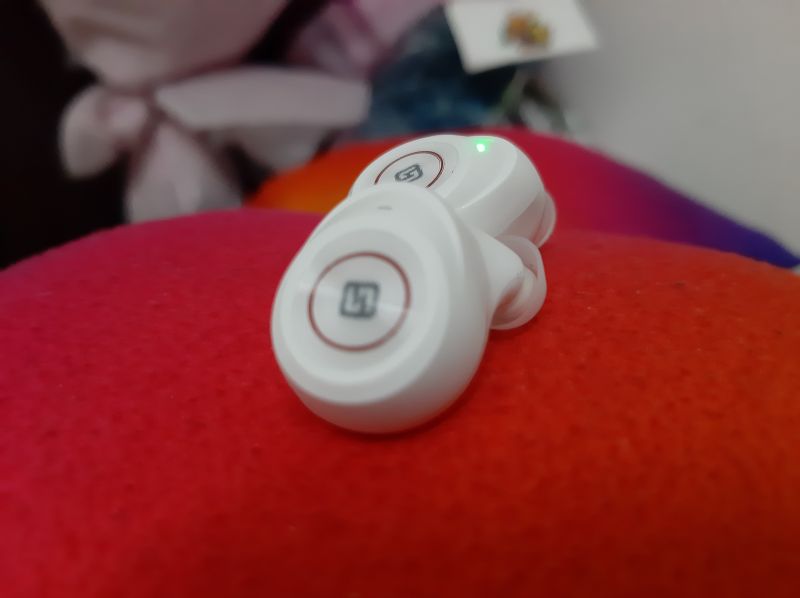 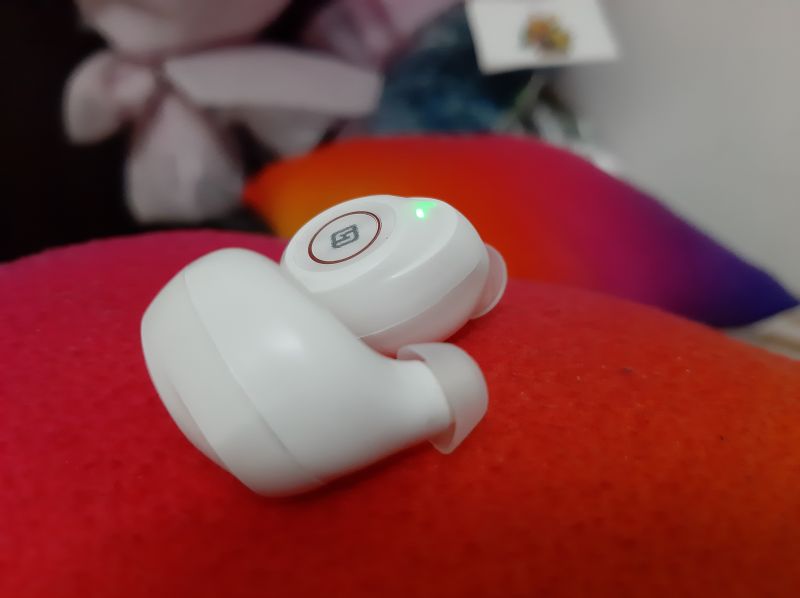 The other accessories of the device like its case were good. It was sturdy, compact and even felt secure for the earbuds. Moreover, functionality wise it had 4 LED indicators over a HiFuture branding to signal battery levels while at the back it had two conveniently placed ports — one Type-C and another Type-A for power input and output, respectively. However, it failed in one important area which was its aesthetics. Rubber-finished with multiple contours, the case’s white-coloured variant was a dirt magnet, thus within a few days of usage, the case managed to attract to itself a brown coloured tinge. While structurally, the case was good overall we would definitely not recommend buying the white coloured variant of the product, if you do choose to purchase it. 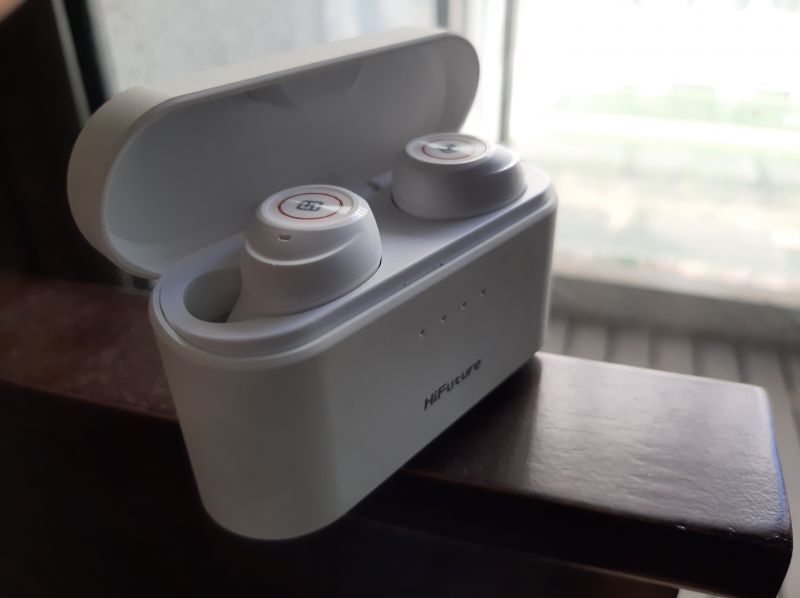 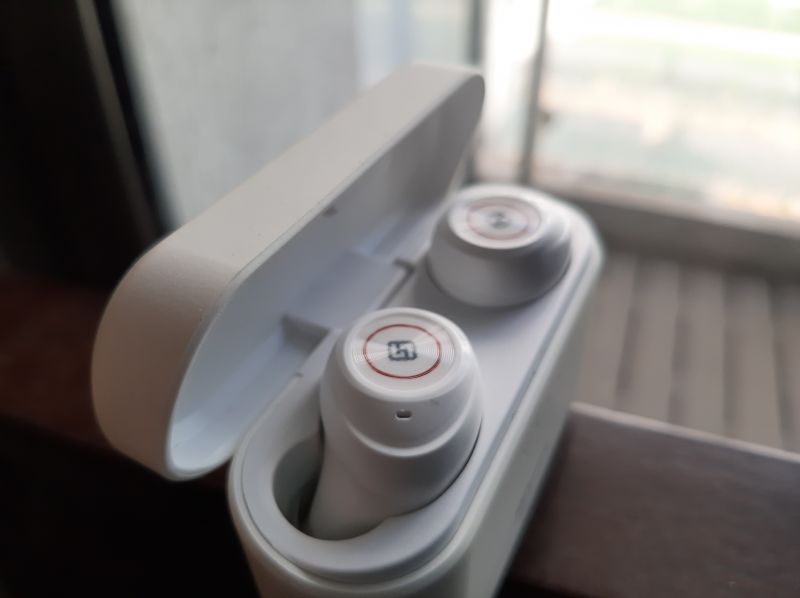 While the device was also an unusually heavy earbuds case, the looks were more disappointing since the weight at least, provided for its power bank capabilities.

Since the announcement of their launch, the TidyBuds Pro have been touted as earbuds with ‘the longest battery life’ by HiFuture. With a battery capacity of 3000mAh, we found that the earbuds could easily live up to that tagline. The company’s claim of each bud giving up to 8 hours of playtime on one charge was also proved to be quite true.

However, that isn’t all that this hybrid product promises. A 3000mAh ‘mini’ power bank, it took 2 hours to charge a 4000mAh smartphone by 32 per cent. On the other hand it took over 3 hours to get fully charged. Since, we have seen power banks with over triple the capacity of the TidyBuds Pro get charged at the same time the charging time was quite disappointing. 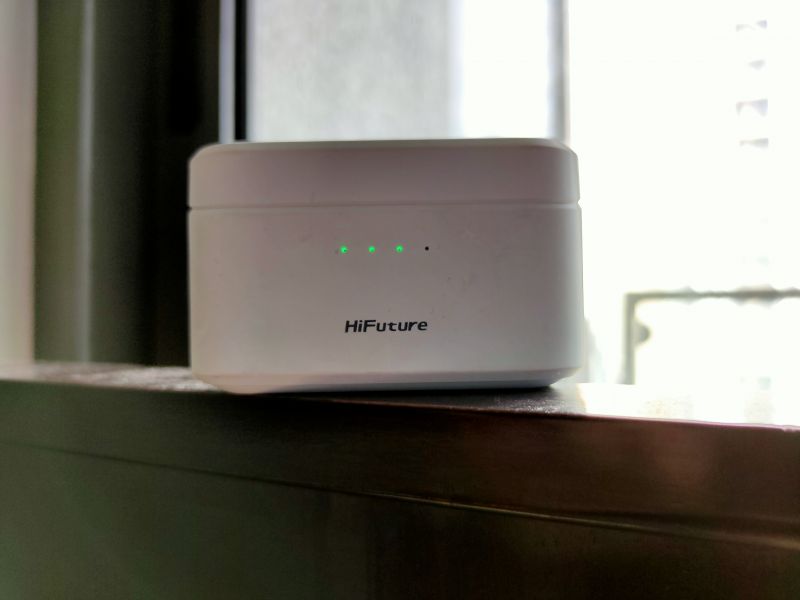 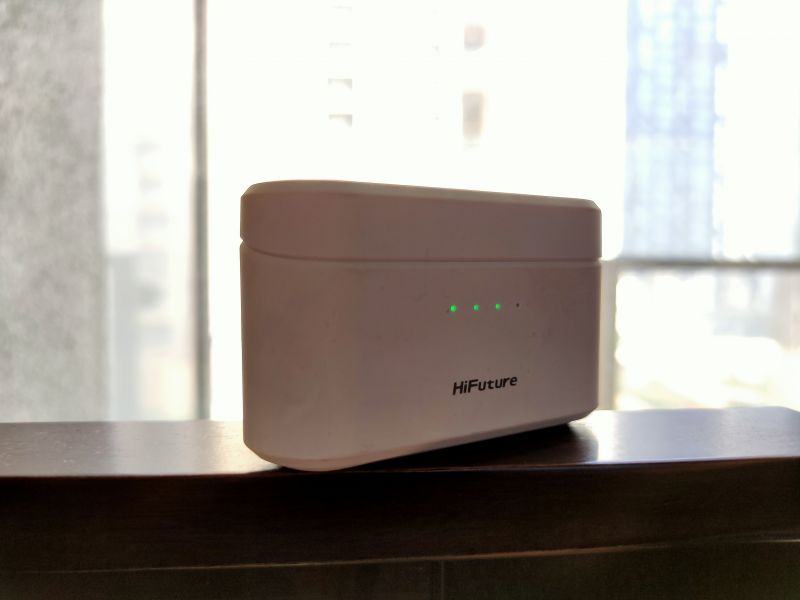 Last but not the least is how a device indicates its battery levels, with LED indicators, the case did not disappoint on that front. Meanwhile when connected, the earbuds could clearly indicate accurate battery levels and as the capacity went lower, it even gave voice prompts.

As earbuds, the TidyBuds Pro provides a decent listening experience, the bass was quite powerful and clear. However, as clear as the bass was the highs and mids did not live up to that same clarity. So, if you were listening to say Imagine Dragons’ Believer, you’d hear thumping bass however the vocals would be slightly disappointing.

Not only this, but there was also another listening let down. The earbuds sometimes glitched while audio was playing, with one earbud abruptly but briefly pausing. 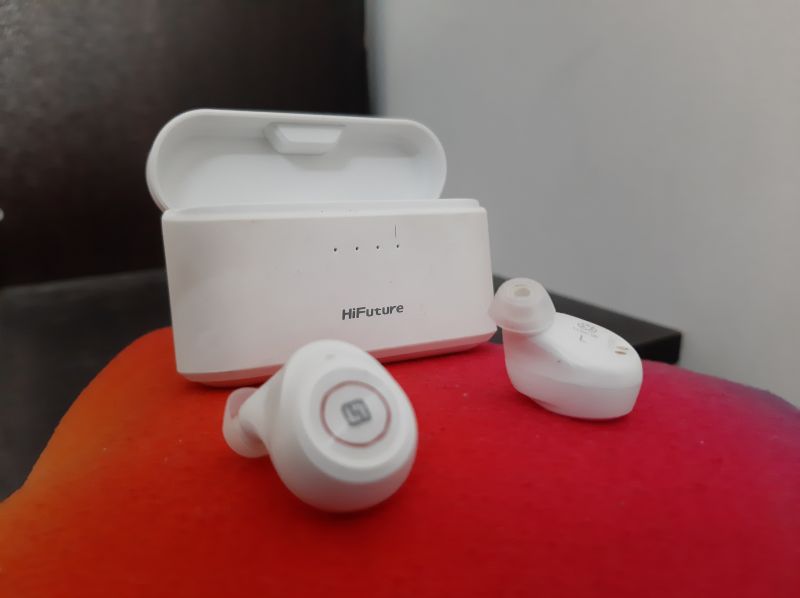 On the body of the device, the touch controls worked well for the most part, although there was an occasional lag in its functions. We, however, must give a mention to the convenient availability of multiple controls on the buds itself- for play/pause, voice assistant activation, power on/off and even changing tracks not so common otherwise. But like with many other touch-sensitive earbuds, these did have the problem of accidental commands.

As a power bank, as aforementioned, these were quite slow to charge up, it also heated up quite a bit during that process.

All in all at Rs 4,499 this seems like a decent product to purchase.

A combination of True Wireless earbuds and a mini power bank, the TidyBuds Pro do have features of either however don’t master any of the segments. The earbuds don’t have a great fit during movement, while the power bank case has a dirt-attracting body.

At that price or even lower, you could get another pair of earbuds with perhaps a small compromise in terms of user experience and but a dedicated power bank with a much larger capacity.

While we wouldn't absolutely shun the product in our recommendations, our suggestion to HiFuture would be to drop its price a little bit so as to make the device more appealing.