The Google Pixel Stand is priced at Rs 6,900 and sports a minimalistic design with a proprietary 10W wireless charging technology.
Rating: 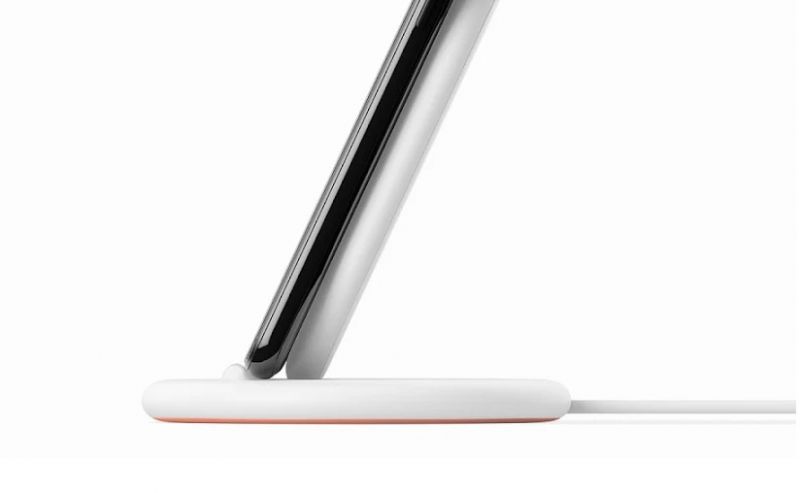 The Google Pixel Stand at first glance looks like a conventional smartphone stand. Round on the bottom with an upright back plate, the stand looks super rich and elegant — hands down. It sports a pure white body dressed in a smooth rubber-feel exterior and speaks premium all over. It has absolutely no buttons or use points, but simply houses a guided USB type-C socket on the bottom, and a small multicolour LED upfront, which is hidden behind the translucent body. This LED indicates charging and incompatibility, which we shall speak about ahead. Shipped with the Google Pixel Stand is a USB Type-C cable which is around 1.5 metres in length, and a UTB Type-C 18W charger, similar to the one with the Pixel 3. The Stand is also designed well — weight-balanced so that the phone won’t tip over easily, grippy surface to keep it from sliding off, and a specific height to allow users to reach the rear fingerprint sensor with ease and charge it horizontally or vertically. 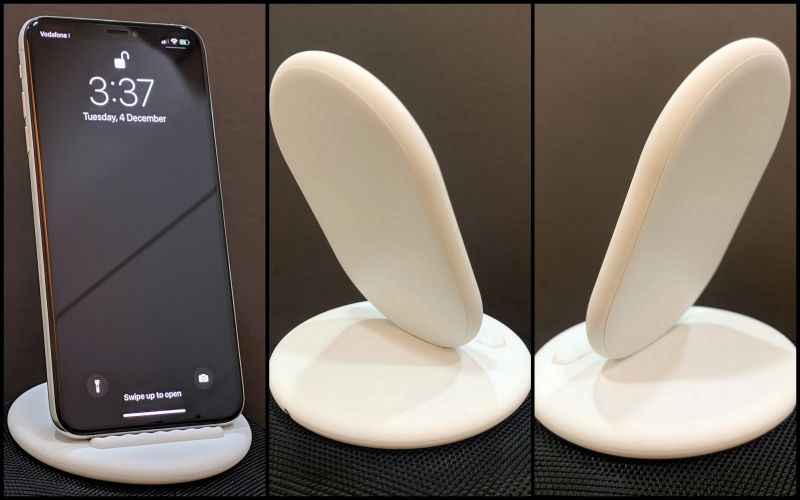 All you need to do is simply unbox, plug in and place your Pixel on it. Since the Stand is Qi-compatible, you can charge any smartphone that has Qi-compatible wireless charging. Phones from Apple, Samsung, and Huawei are currently compatible too. While using the device is straight-forward plug-in and use, there is one major part that needs to be highlighted. The Google Pixel Stand will only work with its own cable and charger and just won’t work with any third-party charger or cable. 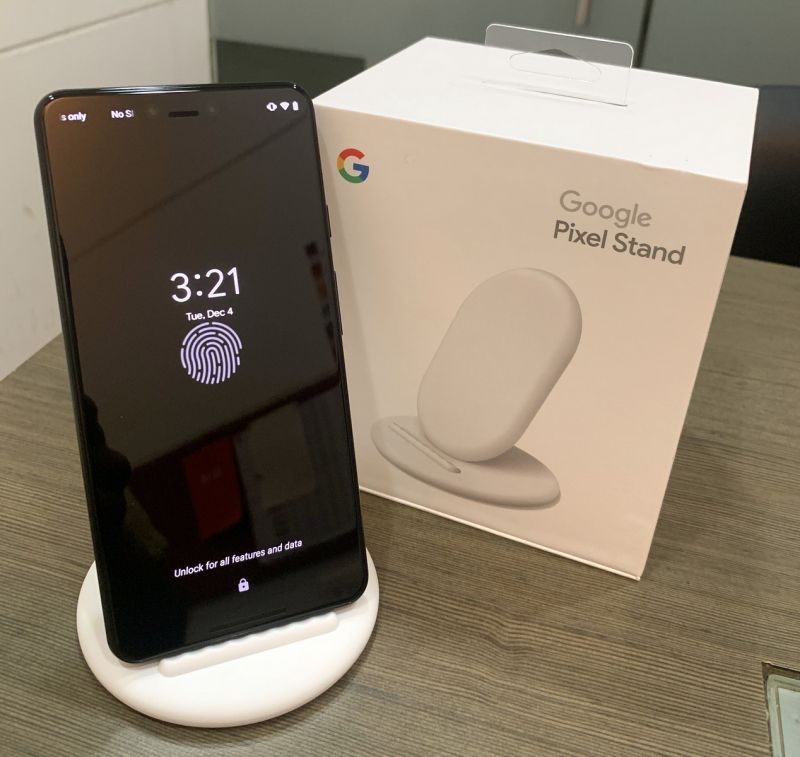 While this can be an inconvenience to some, the feature could be looked at for a good reason — to help avoid warranty issues while using a third-party charger and to gain complete power from the said charger. We could also look at it as a way of Google trying Apple’s method and pushing users into its own hardware ecosystem. 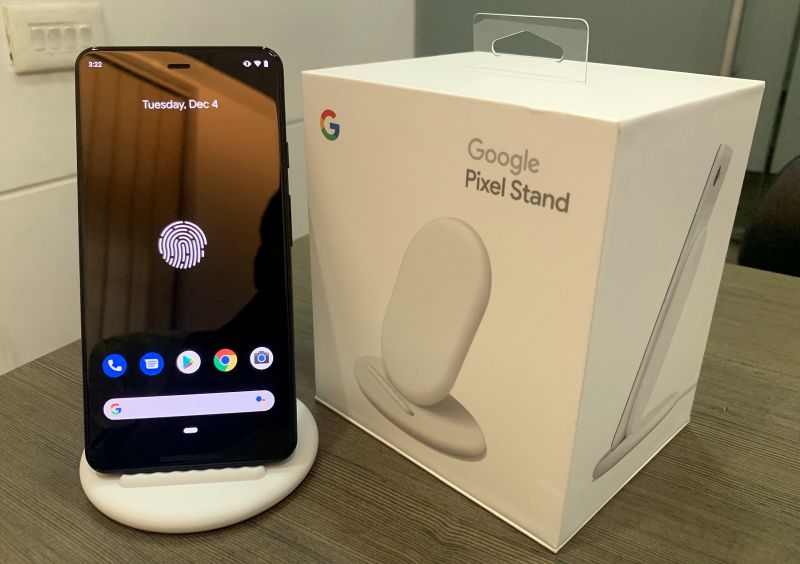 If you plug in a third-party cable or charger, the Pixel Stand’s LED indicator turns amber, notifying the user that the charger connected is incompatible with the Stand.

We tried different cables and chargers, but the Stand would just not accommodate anything apart from its own charger or the one that comes with the Pixel 3. While this is good for warranty purposes and full compatibility, many users would find it an issue as they would have to carry around the charger too if they wish to travel with it.

The Stand does nothing on its own but enables a list of features the moment your Pixel rests on it. The wireless charger can charge the pixel, or any other compatible phone when docked horizontally or vertically. The moment you rest your Pixel on the Stand, the Pixel immediately recognizes its Google accessory. 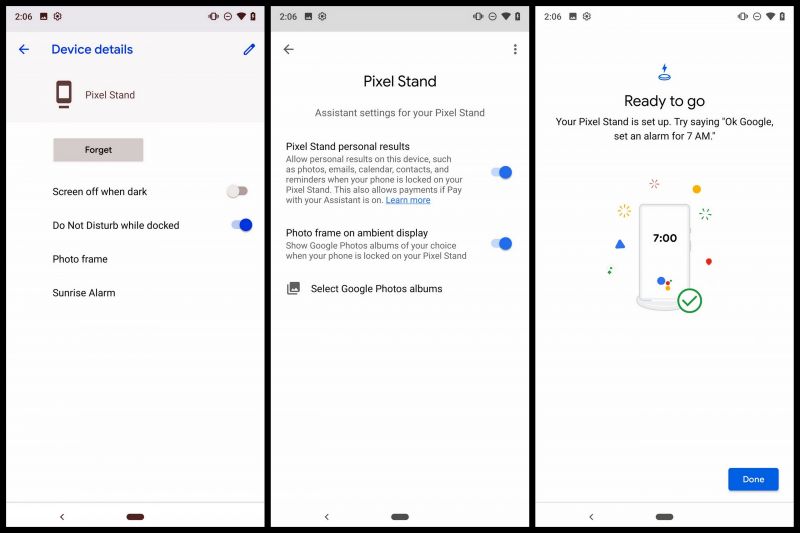 The initial screen on the Pixel will inform you about what it can do. The first screen shows you a ‘Do more while charging’ page, which takes you through a small setup stage to help you make the best use of your Stand. While resting and refreshing its batteries, the Pixel and Google’s Assistant take maximum advantage of the Stand.

Wake up morning alarm: You can wake up gently to the display’s light that shines like the sun. The display gradually brightens up a few minutes before the set time, mimicking a sunrise. 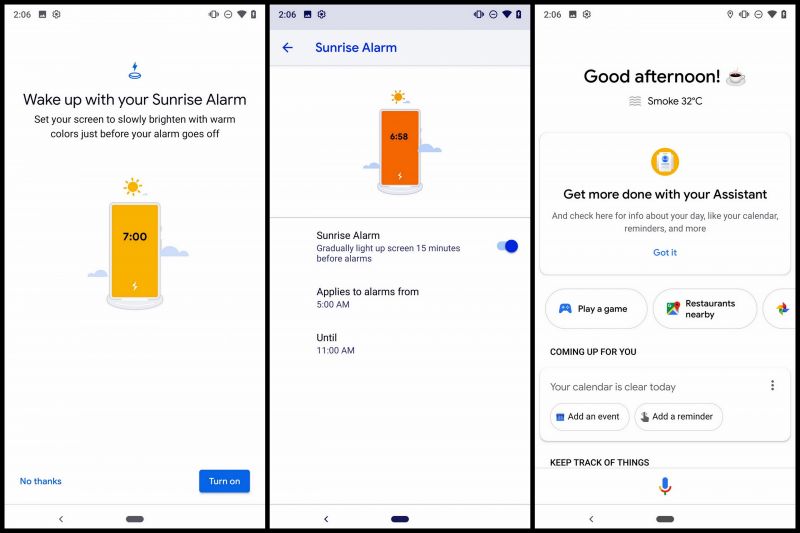 If you set an alarm, the Pixel will wake you with the alarm tone, and when you hit that stop button, the Pixel (Assistant) can read out the weather conditions, your schedule for the day, traffic conditions, news, or even play your favourite music playlist. All you need to do is set it up once, and it will do the job whenever it rests on your Stand.

Photo Frame: With this feature, you can turn your Pixel phone into a miniature photo frame, while it is juicing up on the stand. Using the settings, you can set your photos, albums from Google Photos to subtly display your memories on the screen. 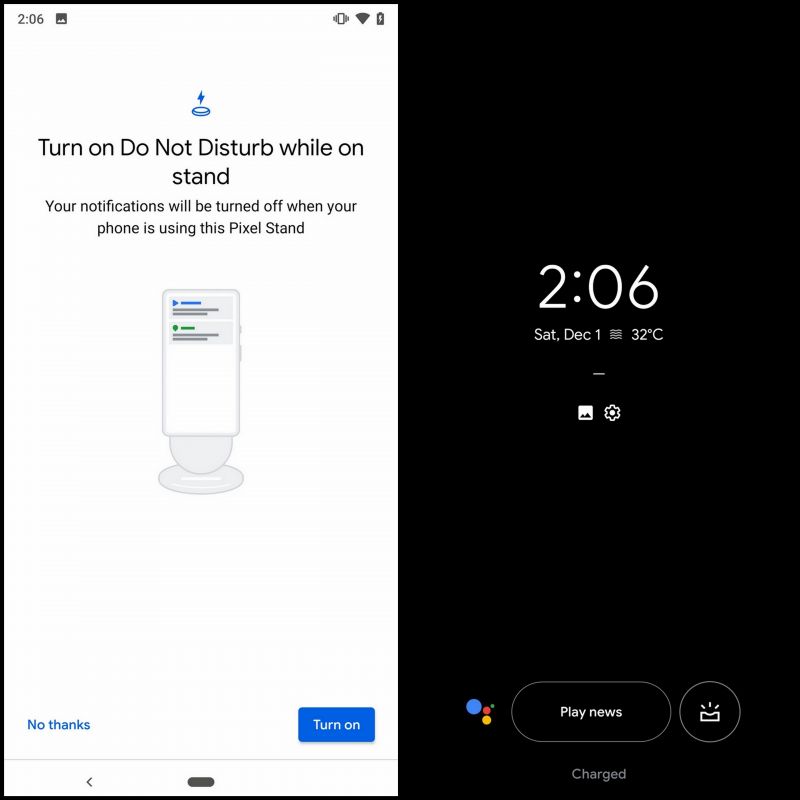 Auto turn off Always On Display: With this feature set in place, the Pixel can sense the ambient light in the room and turn off the Always On Display when your room goes dark at night. This way, you are not disturbed by the light from the display. 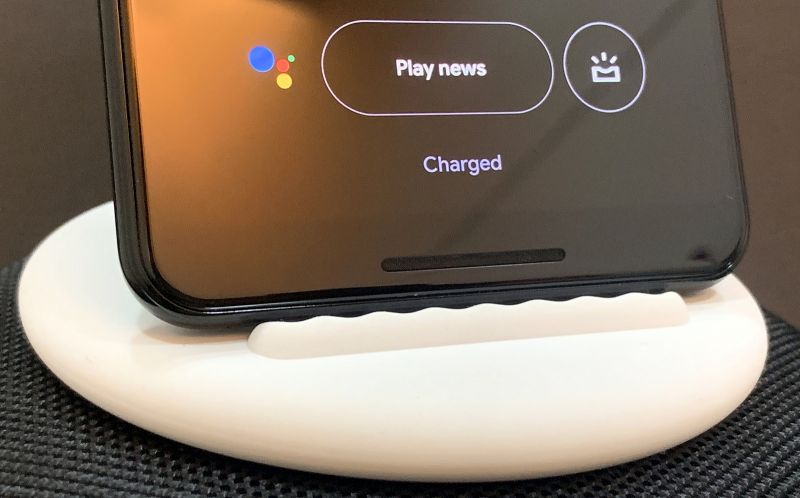 Random useful information whilst charging: The Pixel, when resting and charging on the stand, is in an upright position. This makes it convenient for you to read the display which is at a comfortable, readable angle. During its charging, the display keeps randomly changing on the screen to give you tiny pieces of information and voice control options. This information is seen on the bottom of the display, along with Google Assistant and the clock. For example, the bottom shows off command options such as weather, alarm, and a few more. All you need to do is say ‘Hey Google’ and command your requirements. Assistant kicks into action to do the needful. 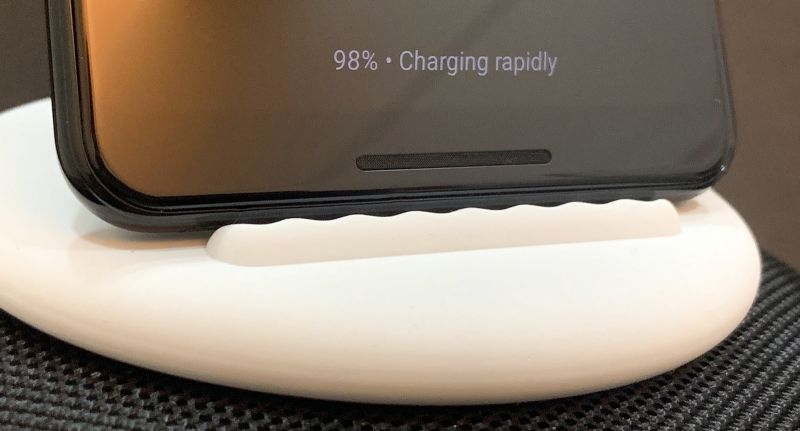 Nature sounds to fall asleep: You can also summon Assistant to play some white noise or nature sounds to help you fall asleep. A great feature for all those who have issues falling asleep in pin-drop silent rooms. You can customize the bedtime routine to do a list of processes at a specific time interval on a daily basis. 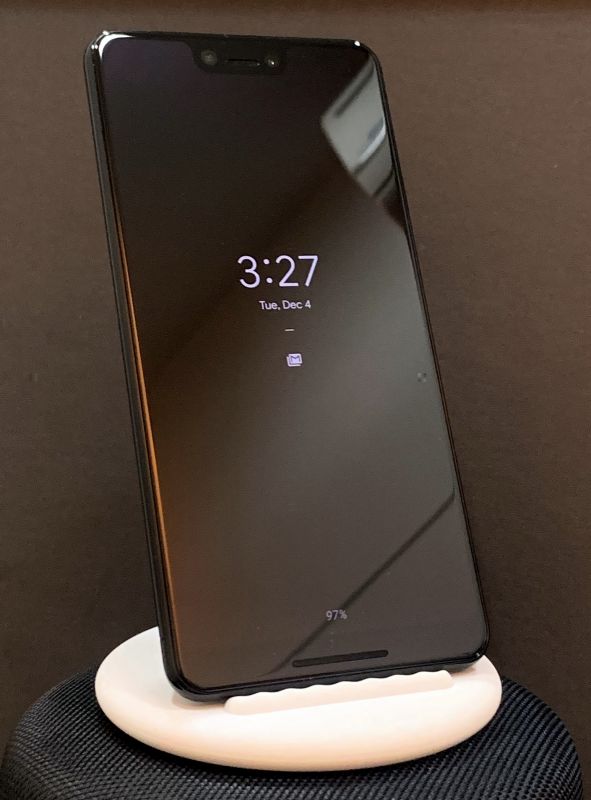 Control smart appliances: Apart from the usual, with the help of Google’s Assistant, the Stand can also help you control your smart appliances around your home. For example, if you want to turn down the air conditioner or turn up the thermostat, you could simply summon your Pixel on the Stand. 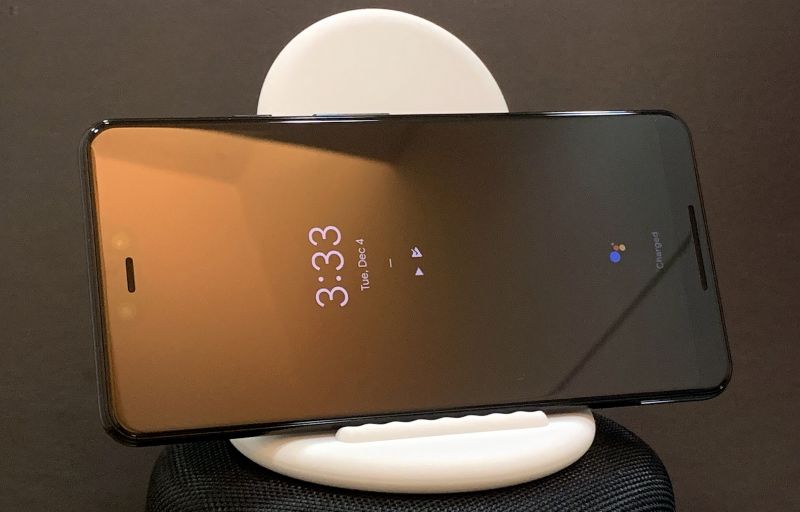 Use with your security camera: If you have a compatible security camera on your door, The Pixel on its Stand can also automatically display the video on its screen if someone is at your door, so you can know who it at your door without moving out of bed, or your work desk, or talk to the person outside too. 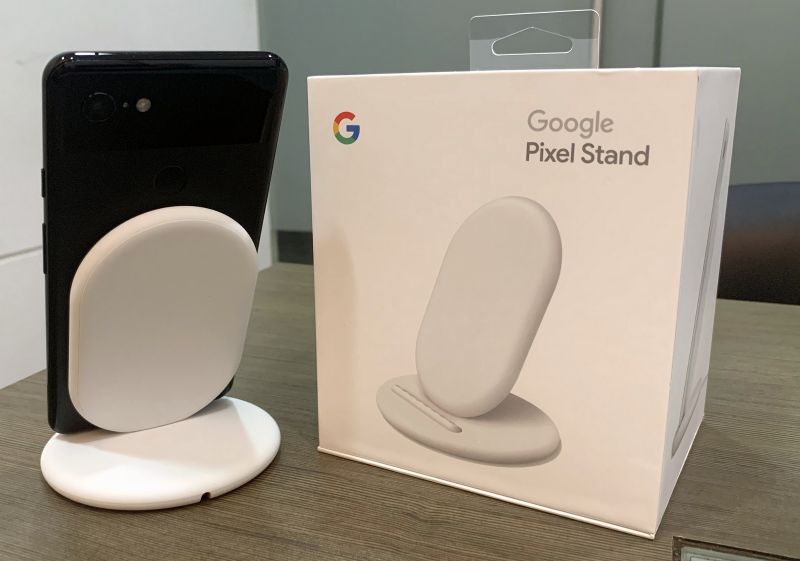 The Pixel Stand is a nice accessory that can be a great companion for your Pixel smartphone. The best case scenarios that we could find it useful is on your work desk or on your bedside table. You can also use it on your kitchen platform to help you with timers, recipes and more. The upright angle makes it easy to read and access, while the loads of features that bring it to life can be termed as pretty useful features. 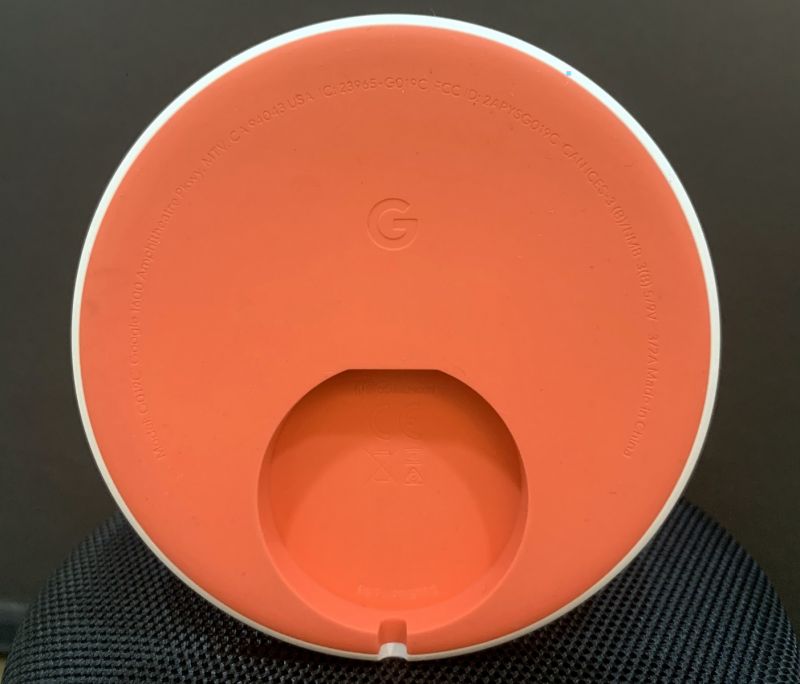 The Google Pixel Stand works even if there is a protective case on your phone, but will completely depend on the type and thickness of the case. With a support from its own 18 Watt charger, the Stand can rapid charge your Pixel with a high of up to 10Watts, wirelessly. It weighs just 160g and is highly portable too. While this is an accessory anyone would love to have, it does not come in as cheap. 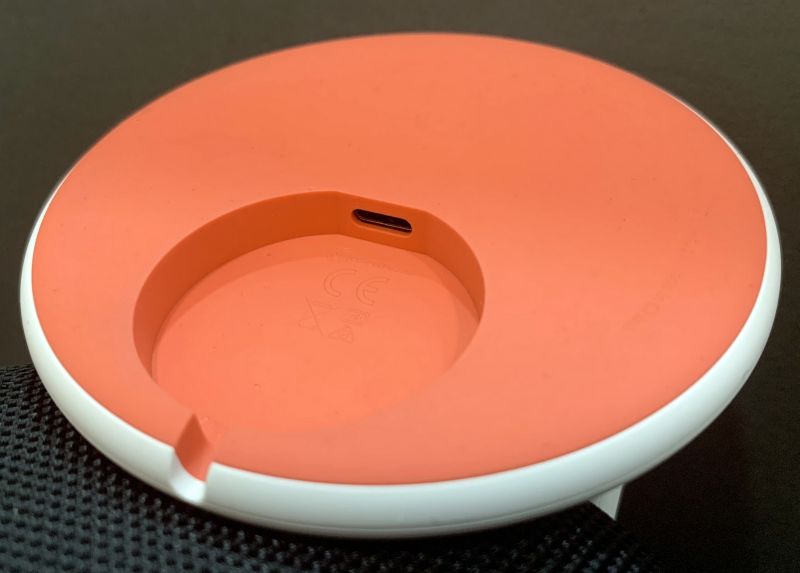 The Pixel Stand retails at Rs 6,900 in India, but considering its Pixel smartphone compatibility and proprietary wireless charging tech along with third-party charger safety and how it brings Pixel’s additional features to life, the price probably makes it a value for money product, but only if you end up using the features entirely. 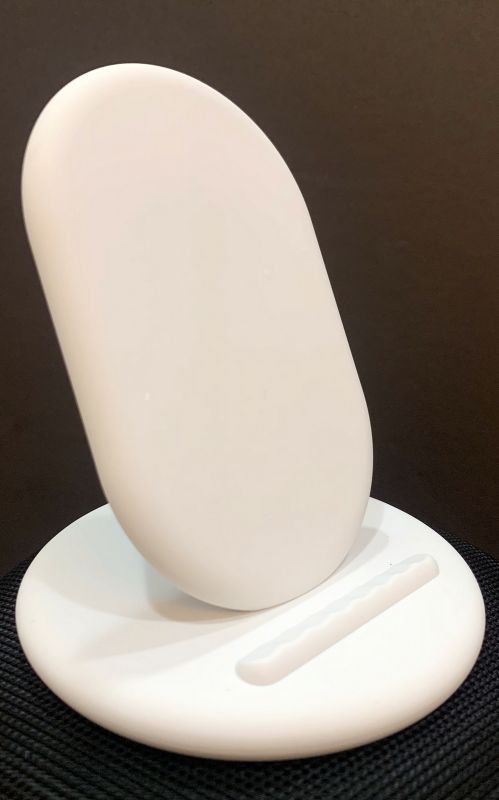 The Stand has its own set of benefits over conventional Qi-compatible wireless chargers as it can charge with a high power of up to 10W using its proprietary wireless charging technology, which no other charger can probably do. The Google Pixel Stand can be probably stated as a power companion to your Google Assistant, while simultaneously charging up your Google Pixel.