Apart from the standard black and white straps, there is also a grey strap and what looks like a navy blue variant.

After a small clip revealed Xiaomi’s challenger to the Apple Watch not long ago, we now have reveals of which straps will be available to rock with the upcoming smartwatch.

The Mi Watch looks very identical to the latest Apple Watch and even the OS it runs on looks pretty similar. The watch is confirmed to run on MIUI for watch and not Google's WearOS.

Here are the colours: 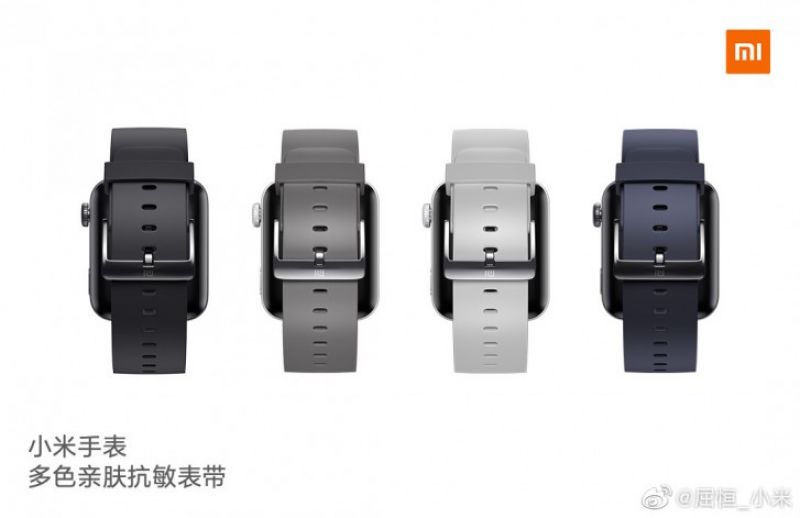 Apart from the standard black and white straps, there is also a grey strap and what looks like a navy blue variant. The material used for the straps called fluoro rubber has anti-sweat and anti-allergic properties. The band will be revealed next week alongside the Mi Note 10/ Xiaomi CC9 Pro.