The waterproof and rugged body and the simplicity offered is what the GoPro commands and all this in a small price are worth a product to have along with you on every trip.
Rating:

GoPro is the one word hits your mind when looking for an action camera that can do everything you can imagine. The tiny cameras are very rugged, entirely waterproof and can capture stunning videos with the highest quality. Yes, GoPro upped their camera’s build quality two years ago starting with the Hero 5, which has a rugged and waterproof body, eliminating the need for deploying an additional water-tight case. 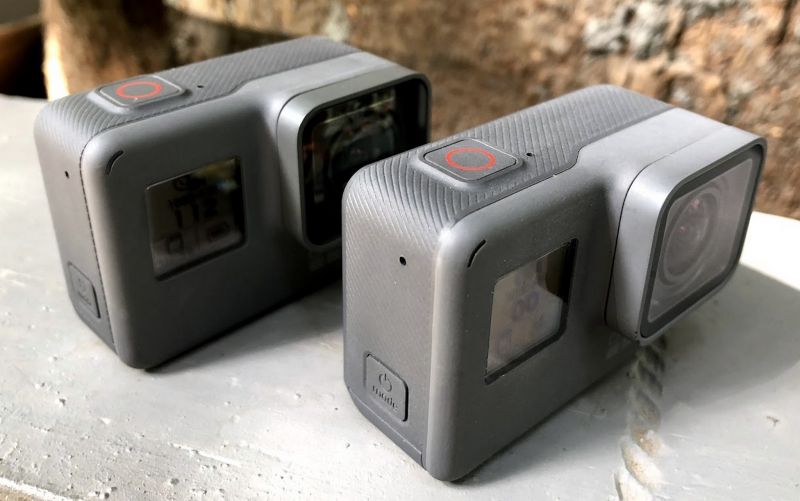 While all their recent cameras are capable of capturing up to 4K videos in wide formats and up to 60fps, they are pretty expensive for the common man to get their hands on these exquisite miniatures. The GoPro cameras are usually meant for enthusiasts to capture stunning videos in the highest quality possible, to convert them into professional videos and movies. 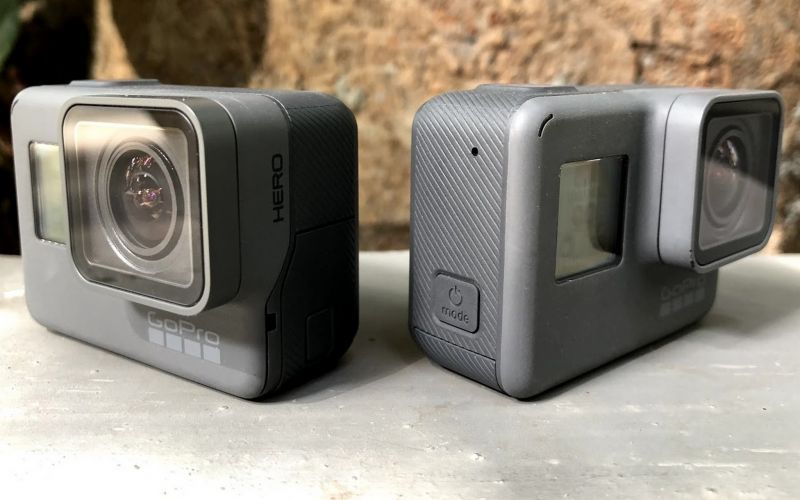 Capturing videos in 4K requires a lot of resources — storage, bandwidth, battery and processing power, on the camera and PC accordingly. Capturing in 4K requires a lot of battery, and storage space, but since the cameras would turn out bulky, they are limited to the amount of footage they can grab. On an average, a GoPro Hero 6 can work for around an hour on the battery it uses, and an average of 30 – 60 minutes of 4K videos depending on the storage card installed. 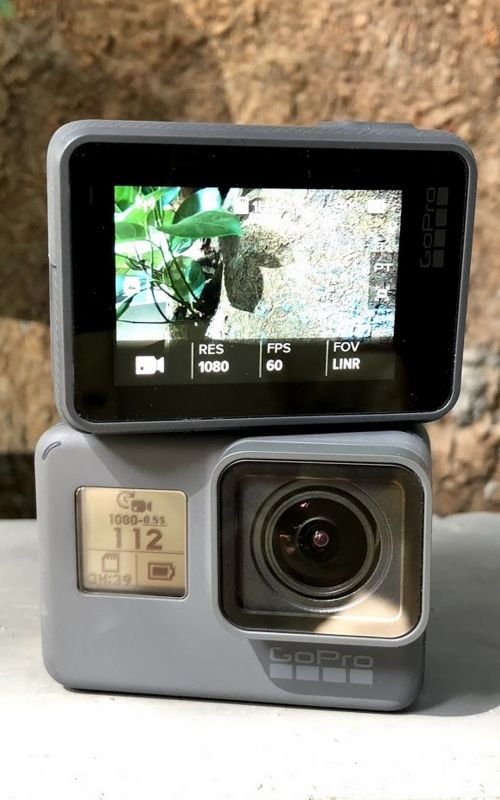 GoPro realized that not everyone shoots 4K videos due to such limitations, and definitely not the common man today. While 4K videos are definitely stunning, and more sought after, watching them on a media player requires a 4K monitor/TV, and editing and processing 4K videos to create the video also becomes time consuming and equally expensive. 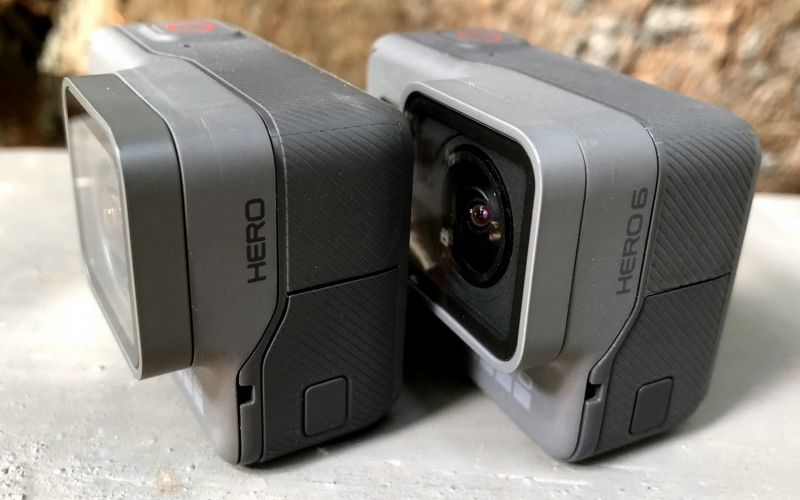 Hence the company thought of the common man, who wishes to own a GoPro, but cannot afford one. They launched the Hero in 2018, which is highly meant for the budget conscious consumer, but without compromising on most features where GoPro is known for. 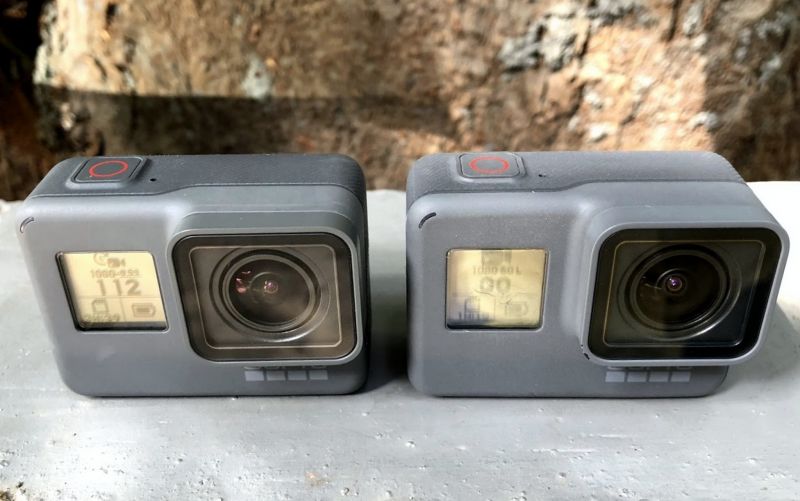 The GoPro Hero (2018) is identical to the Hero 5 and Hero 6 in looks, size and almost all features. All it lacks is 4K recording capabilities (no GP1 chip here), which forced them to replace the sensor with a capable equivalent one, and in turn lower the cost by half. The Hero can shoot with similar quality videos as the flagship one, but in full HD 1080p @ 60fps and 1440p @60fps, let’s go of the super slow motion capture, and lacks Protune technology that helps enhance the video footage in terms of colours, sharpness, exposure and a few more. But what you get is an identical looking and functioning GoPro action camera that won’t disappoint you. 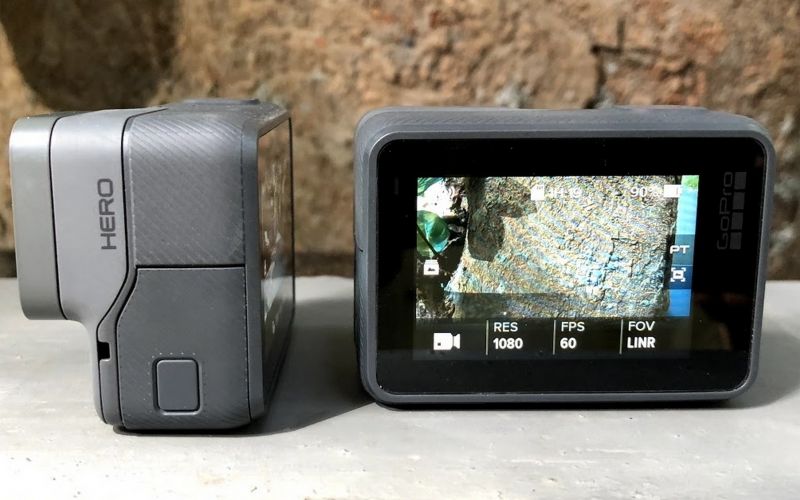 The new GoPro Hero is priced at a mere Rs 18,990, which is a little less than half the cost of the flagship Hero 6. The Hero has a 10MP sensor, can record videos in 1440p @60fps, is completely water and dust-proof with up to 33ft or 10 metres of water and features voice control. The GoPro Hero can take excellent burst 10MP photos of up to 10 frames in a second, sports video stabilization, has a touch display, automatic low-light photography, advanced wind noise reduction and stereo audio capture. Lastly, connectivity options such as Wi-Fi and Bluetooth are also present, making this a complete GoPro experience for the budget conscious. 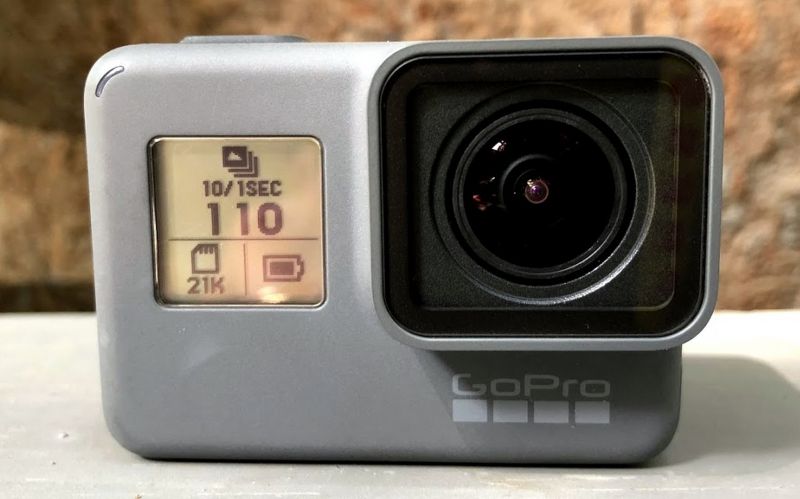 Bundled along with the camera are two mounts, a Type C cable, the battery and a frame with the necessary attachments to get you started.

The GoPro Hero is the latest addition to the Hero camera series but aimed highly towards budget buyers. It shares an identical form factor as the prior siblings, which makes it very difficult for anyone to know which camera version this is. The only giveaway is the Hero marking on the side which is the only way to distinguish the camera from the Hero 5 or 6. 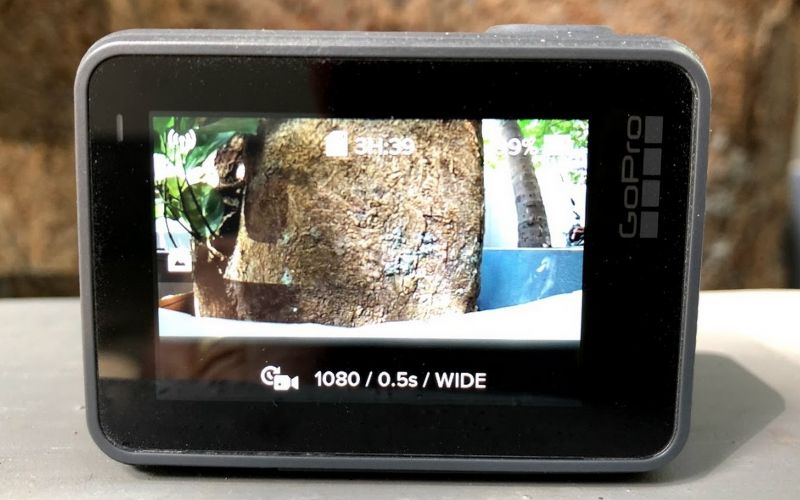 As for the performance, this version will not let you down, especially if you are considering regular-to-casual action video shoots. Meant for the occasional traveller, this camera is probably the best alternative to your (probably) pricey smartphone that (probably again) has similar shooting capabilities. But what makes this camera a winner to own is that you won’t have to sacrifice your smartphone in places where you could risk it from accidental drops and water. Additionally, this can be easily mounted in places you simply cannot mount your smartphone. So simply leave back your smartphone and tag along with the GoPro Hero for all your photos and videos. 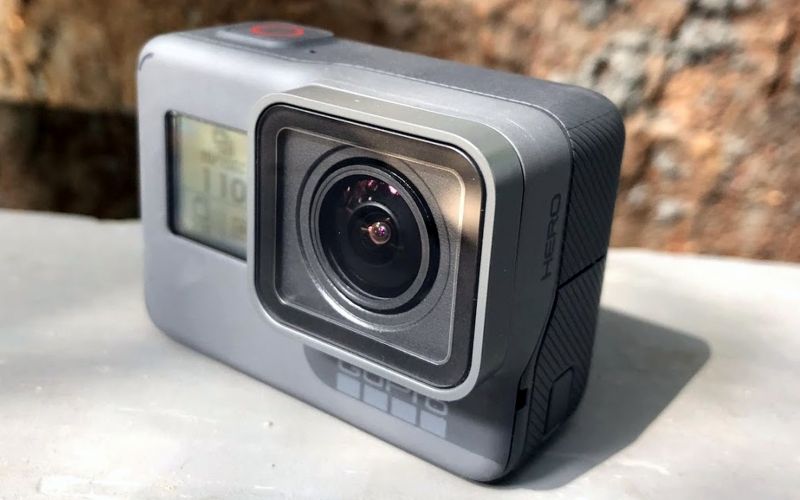 The menu options are also a tad different to the flagship Hero 6 — menus or settings on the 2-inch touchscreen are kept minimal and to the point, which is quick and easy to set.  Shooting with the GoPro will probably never fail on you — provided you have the angles right. During our time with the Hero, the shooting was bliss. We managed great footage of videos but enjoyed shooting stills more often. Video stabilization is as remarkable as the flagship Hero 6, and wind noise cancellation is equally efficient, giving you audio clarity as expected. 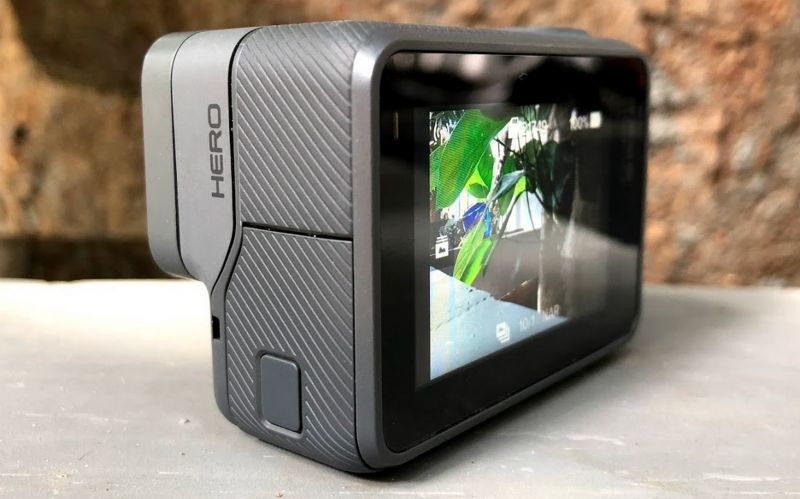 Features included on the Hero are videos at 1440p (60fps), photos, photo burst mode and time-lapse (photos and videos), with the choice of wide, medium or narrow field of view. Exposure lock is also something very useful where you can tap and hold on a particular area of the frame which locks in the exposure values to maintain video’s exposure levels — an extremely useful function when filming. 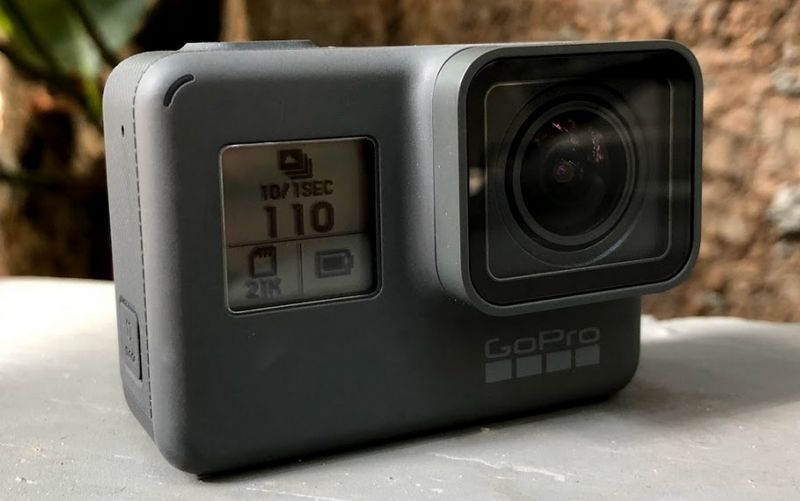 Video quality is pretty great too — colours are vibrant with a good amount of details and tones. Image stabilization is also good and allows you to take great footage when holding it in your hand or clamping it to your automobile. The final output of the image stabilization is a smooth footage, which you simply cannot get from casual smartphone videos. Comparing the 1080p video quality captured with that on the Hero 6, even though this is a budget camera, we did not find any difference in quality.

Burst mode is great too — shooting stills can be even fun with burst modes rather than taking a single frame, which could end up in you losing the shot at the right moment. Burst shots @10fps is what we found most usable and equally bifacial as we could use the frame we wanted best while discarding the rest of the useless ones. 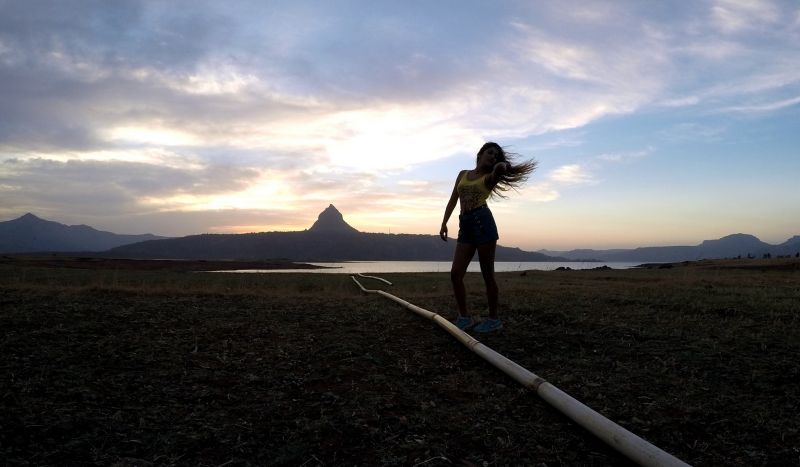 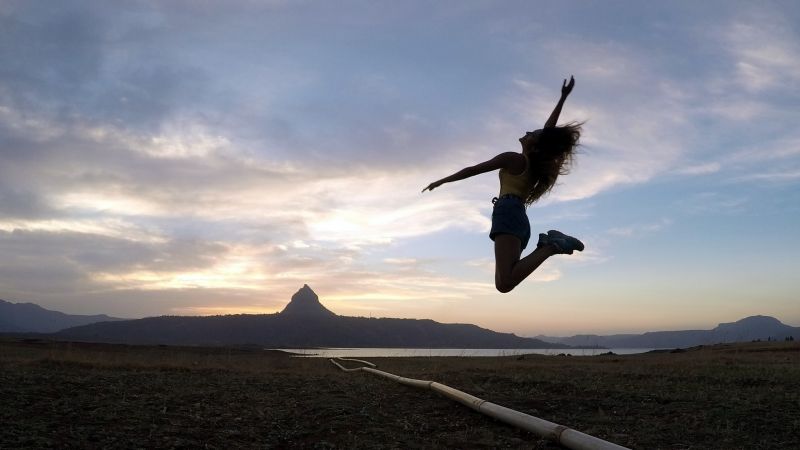 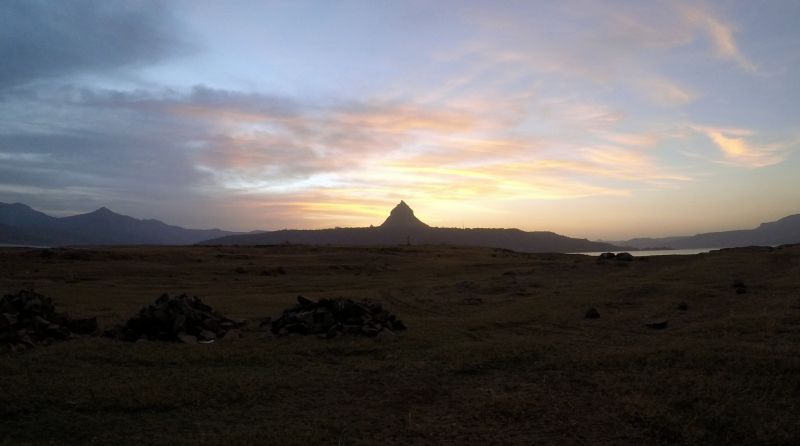 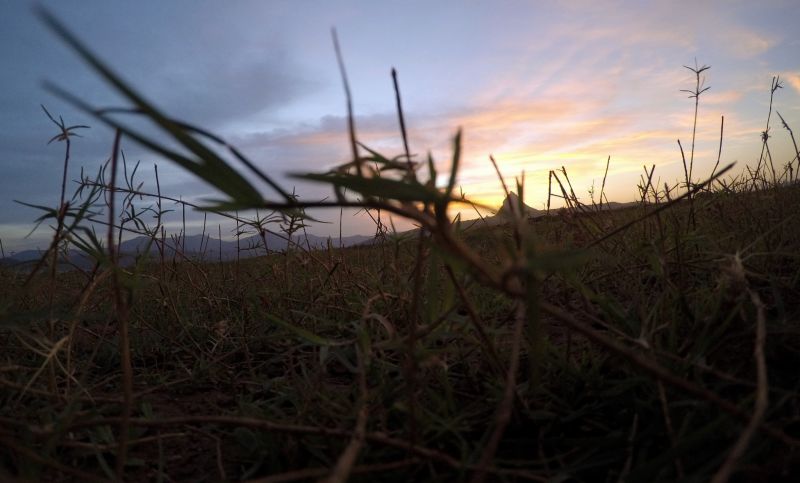 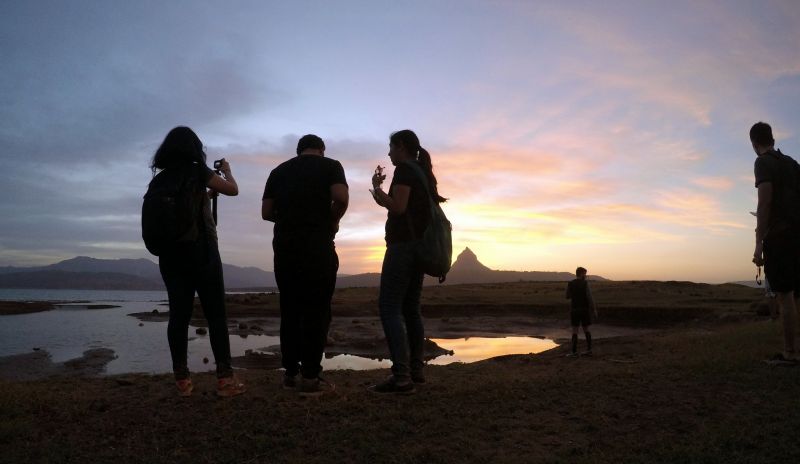 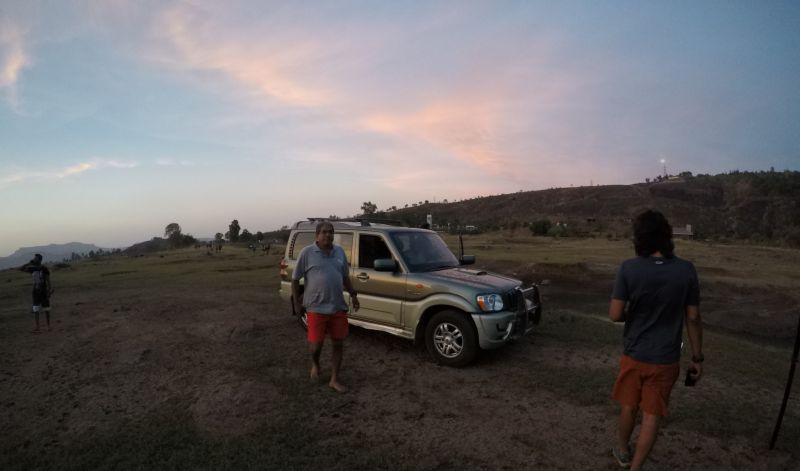 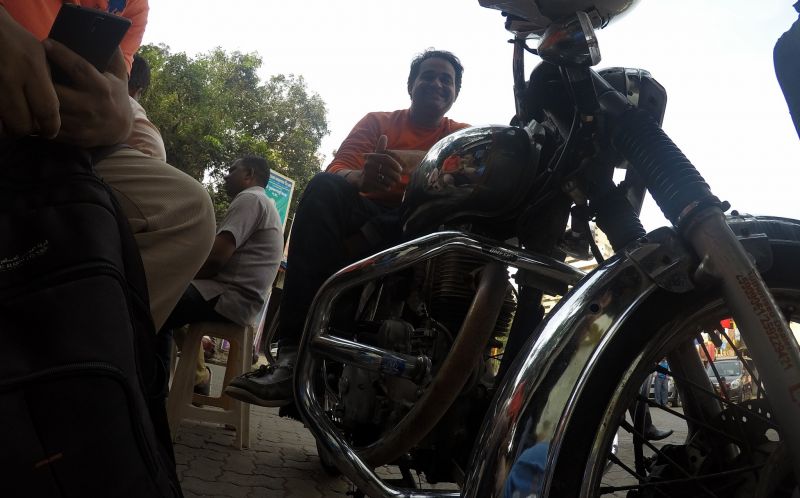 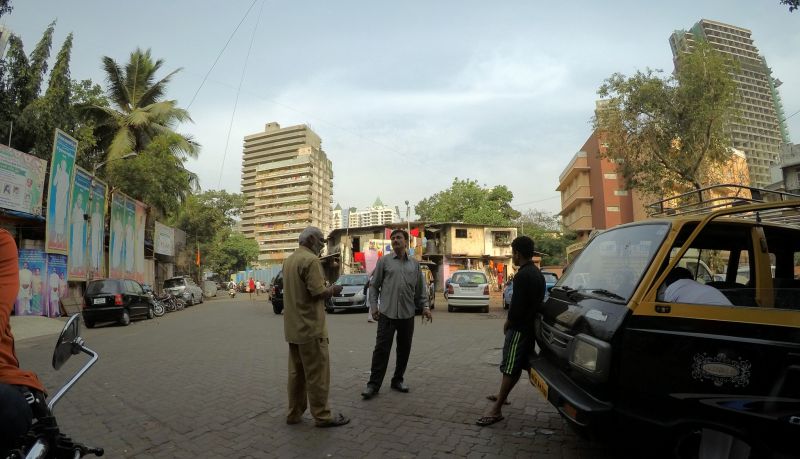 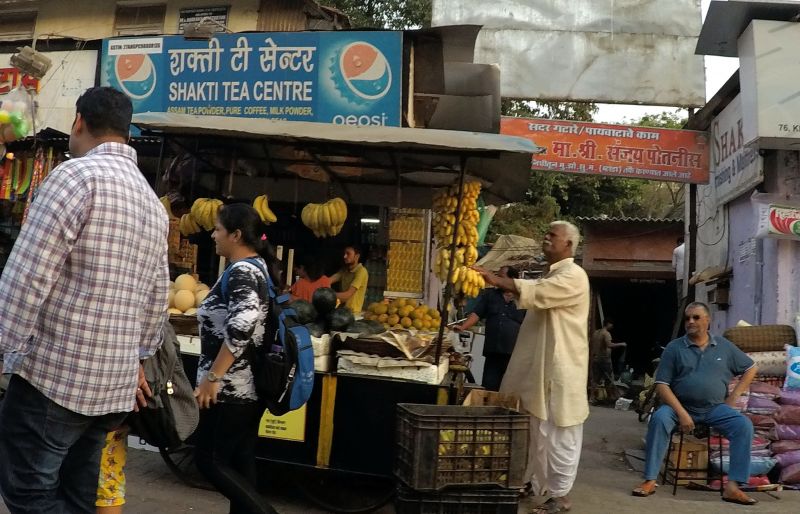 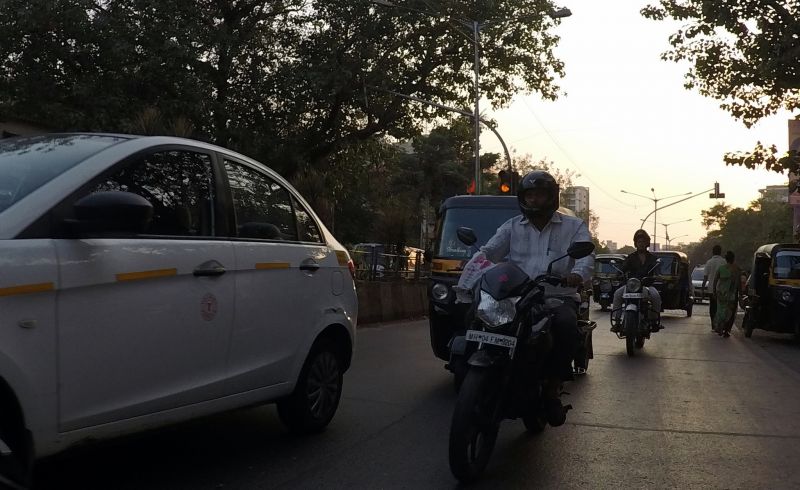 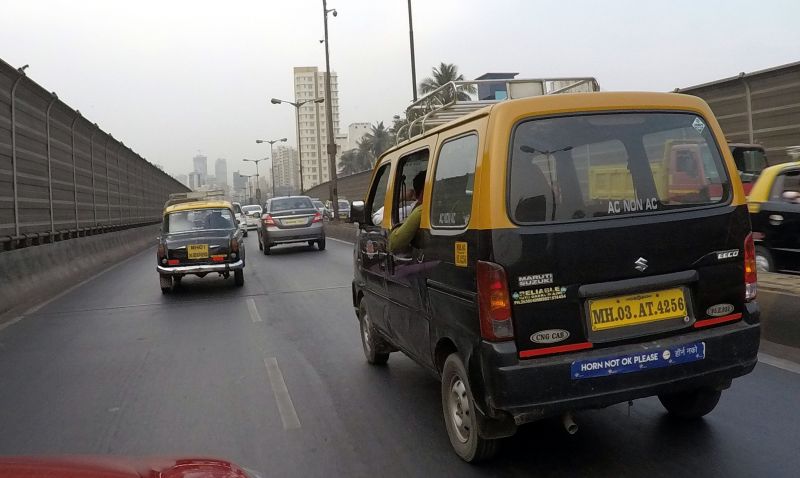 All these can also be obtained using the hands-free mode where you can use your voice to control the GoPro completely — but provided you are loud enough (if using an extension pole, selfie stick or mounting it on your helmet) and a clear and right accent. While the voice controls are not many, it is just meant to enable your GoPro to take photos without struggling to get to the shutter button. A simple voice with ‘GoPro, take a photo’ will instantly kick the GoPro into action, take a single photo and go back to standby mode. It’s the same with bursts, video and alike.

Unlike your smartphone or other action cameras out there, the GoPro is compatible and highly recommended to use with its own smartphone/tablet app, Capture. When you shoot a photo or video, the first thing you wanna do is show it off to your friends, and the app helps you do just that. The app combines with Quik, which allows you to automatically (or manually) import the photos and videos from your GoPro to your smartphone or tablet, using the Wi-Fi connection. Initially, the GoPro pairs with your smartphone using Bluetooth, and then connects to the GoPro camera via Wi-Fi to transfer the data at full speed.

The photos and videos can be automatically transferred to the phone, helping you offload the camera and free up storage, and additionally create quick videos on the go to instantly push it to your social media platform. The app has a lot of templates with themes and audio tracks and you won’t need a PC or laptop to make quick videos. This is very useful especially when you are outdoors or in the wild. Videos are created within minutes and you can merge multiple videos and photos to create very quick tracks. The app also uses an AI technology to automatically pick the most important movement in a video, without the user having to scroll through the moments. This makes the GoPro one of the easiest action cameras to use.

Additionally, the Hero can also be controlled using the Capture app — you can use the app as the Hero’s viewfinder with a live stream being seen on the phone’s display. You can set menu options and recording modes, start or stop a recording, and video and download the footage from the camera’s storage.

After using the Hero 6, we conclude that the Hero (2018) is a no-brainer and one of the best budget action cameras out there yet. This camera is all about simplicity, and we found it one of the best out there. The waterproof and rugged body and the simplicity offered is what the GoPro commands and all this in a small price are worth a product to have along with you on every trip. If you are looking for a true performing and reliable travel camera for capturing everyday action or when on an adventure, the GoPro Hero should be in your pocket.