The patent shows Apple’s intention to use an OLED panel for the keyboard panel whereas the other half remains the same like conventional laptops. (Representative Image)

Apple has been one of those few companies that try to break the norms of the market by pushing new technologies before anyone else. Last year, it surprised us all with the iPhone X, which made news for its revolutionary facial recognition system and a narrow-bezel display. However, their MacBook series of laptops is in dire need of innovation, despite the Touchbar gimmick introduced in the 2016 upgrade. But now, it seems like Apple could be figuring out something different for their laptops — a touchscreen keyboard.

A recently leaked patent unveils Apple’s intention to use touchscreen display for the keyboard — basically, an extended Touchbar that removes physical keys and replaces it with an all-screen panel. The patent shows Apple’s intention to use an OLED panel for the keyboard panel whereas the other half remains the same like conventional laptops. There are bezels shown in the patent, however, a hinge separating them could allow users to convert it from a laptop to a tablet. 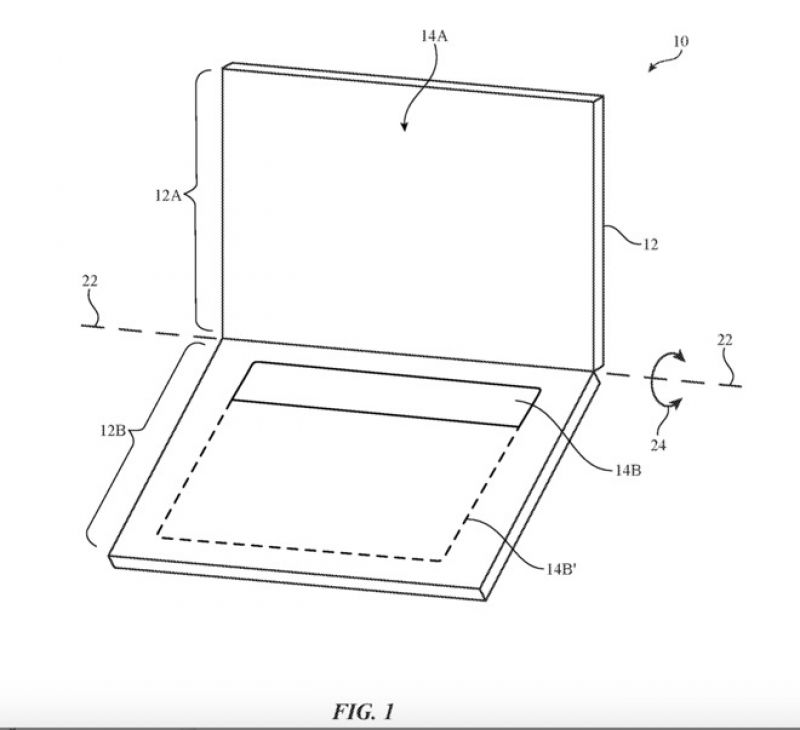 While the idea of an all-touch based input medium excites us, it should be kept in mind that most patents never do make it to the final product. Also, Lenovo had come with a similar concept a few years ago with the Yoga Book — an Android tablet that had a touchscreen keyboard. However, we never got to see many units out in the wild as consumers preferred the tactile feedback of the physical keyboard on a traditional keyboard. If Apple comes up with this idea in the future, they will have to think of a radically different implementation to make it practical.