Mukesh Ambani-led Reliance Jio has already created ripples in the telecom industry after it started test trials for its broadband services. The company soon stepped in the device segment by offering the JioFi portable WiFi hotspot to its customers.

Now it seems the company wants to try its hands in the Direct to Home (DTH) segment as well. According to the technology news website GizmoTimes, Reliance will be launching its services in March or April this year. The website also posted a picture of the set-top box and the remote control. However, it is still unclear whether the set-top box will connect to JioFiber or dish to provide users with content on their TVs. 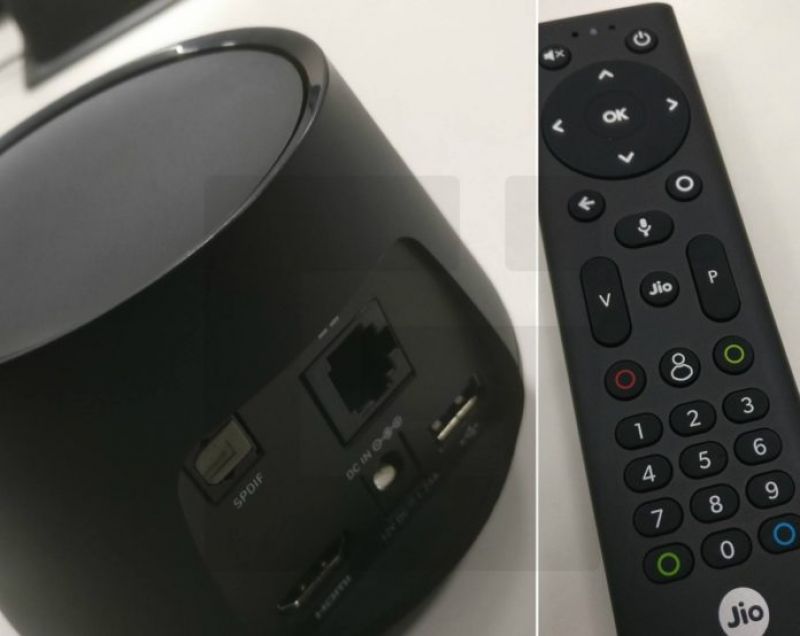 The remote control seen in the picture shows a mic button indicating that the service will also provide with voice-activated features. Besides, the set-top box houses an S/PDIF (Sony/Philips Digital Interface Format) port, an ethernet port, an HDMI port, and also a USB port. Unfortunately, there isn’t much info available about the new alleged service.

The service can go public during March or April this year. The JioFiber broadband was also said to be going official during the same time, but only few cities have got the test offers in order to monitor how well the broadband services cater the consumers.