Saunter about in Lantau

What do you do when you have travel research and plans worth seven days but have barely 48 hours at a destination? You cringe and slash your already shortened shortlist. Wanting to make the most of my one full day, I had made up my mind to head to Lantau Island that occupied my mind much before I landed in Hong Kong.

HK has easy and excellent connectivity via the MTR, perfect for the solo budget traveller. The roughly 30-minute MTR ride from Central to Tung Chung drops you right outside the Ngong Ping cable car station, which is where the real adventure begins. Long, serpentine queues can really dampen spirits, but not as much as possibilities of fogged out views.

We waited in the queue for nearly two hours before actually getting a ticket and hopping on to the cable car. The Crystal cabin (priced higher than the standard one) offers a 360 degrees view of the South China Sea, Hong Kong Airport, Lantau Island and the rich forest cover surrounding the island, a clear contrast from the busy city centres.

The 25-minute, 5.7-km cable car journey is one you will remember for the views of the landscape. It will imprint on your mind — figures of trekkers scattered intermittently on marked trails, shades of bluish green water, the numerous buildings lining the South China Sea, green boats, the mountains ahead bathed in fog. The imposing giant Tian Tan Buddha makes a debut appearance from a distance, its wondrousness magnifying, as we get closer. 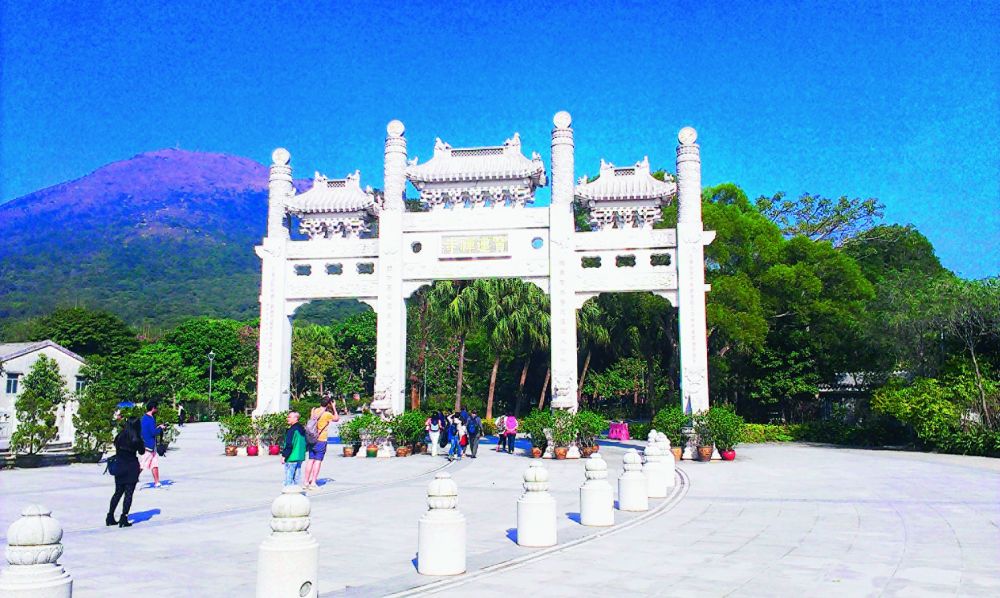 The cable car slowly pulls into its destination, and visuals of a buzzing themed village become prominent. A wide road leads you into a touristy square lined with alfresco diners, souvenir shops, and a few utility shops. The mood and setting is that of a typical picnic with families sharing lunch, while kids amble about the surroundings.

If you manage to skip the shops with (mostly) tacky souvenirs, you can spend more time admiring the tranquility exuded by the 110 feet statue of Lord Gautam Buddha. Nearly 268 steps take you to the top for a closer look of the 202-tonne bronze statue and beautiful views of the surrounding areas.

The statue sits on a lotus perched on a three-platform altar and offers superior picture opportunities for photography enthusiasts.It gets its name from the famous Tian Tan (Altar of Heaven) temple in Beijing, which historical records say, monks visited after they got land to build the statue. They were awestruck after seeing the Longmen and Dunhung caves in Mainland China and thus the idea of “tian tan” was conceptualised. 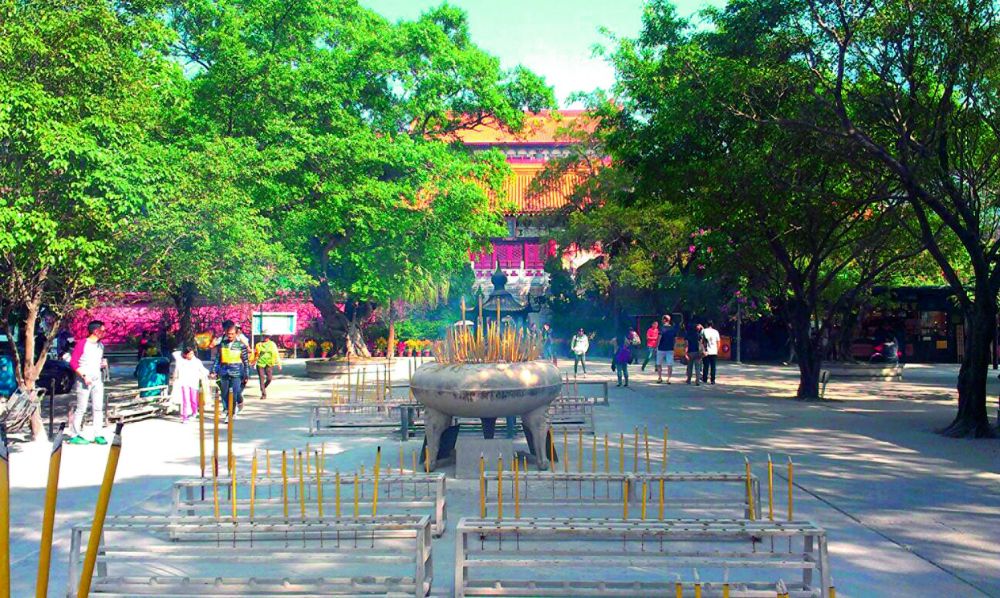 While the outside of the Buddha is accessible for free, those wishing to go inside have to pay a fee. Apart from the giant statue, six bodhisattvas, each weighing around two tonnes, are seen on the first level of the podium offering their prayers. A small museum on the second level is home to a few oil paintings and ceramic plaques on the life of Buddha.

Opposite the statue, magnificently carved, whitewashed gates usher you to Po Lin Monastery, lined by trees on both sides and pots of ashes for incense on the inside. The colourful garden is an attraction, set against the red and gold of the pagoda temple’s entrance. Intricately carved coiling dragons, Chinese inscriptions, stonewalls and lattice fencing on the upper level make the shrine hall a sight to behold. Inside, a golden statue of Buddha is encased in a large panelled glass altar and surrounded by other statues. The cafeteria run by monks serves a vegetarian buffet, and by personal experience it’s not everybody’s cuppa noodles.

After soaking in the sights of Po Lin, we took bus 21 to the nearby Tai O fishing village. The bus goes through a scenic green route, surrounded by mountains. The 15-minute ride drops you close to the village, where you can sample lip-smacking fresh fish delicacies at the market apart from the varieties of dried and salted fish.

A walk through the tiny lanes leads to the oddly picturesque rickety homes supported only on stilts. In the sleepy fishing town, locals go about their chores oblivious to the touristy gazes that seek a peek into their daily lives. The mountains in the distance form a perfect background for the brightly coloured fishing boats floating rather aimlessly in the glistening waters, thanks to a warm setting sun. A bus takes visitors back to the Ngong Ping terminal from where the Tung Chung MTR takes one onward with memories of a laidback day in the countryside. 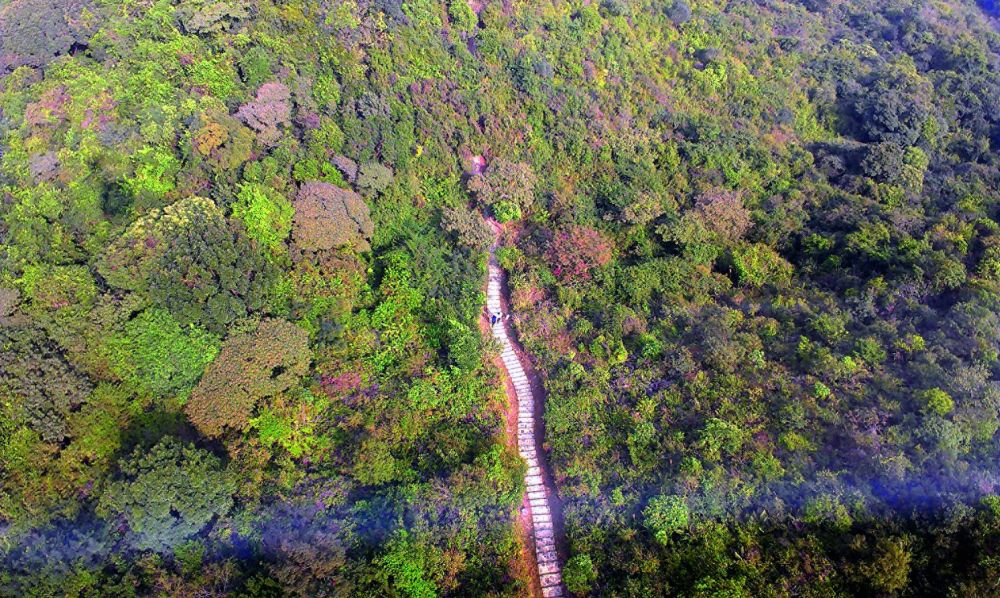 A ‘day well spent’ takes on a whole new meaning when you’re in Lantau Island. It’s a sweet contrast from the blinding neon lights, upmarket vibe and general liveliness of Hong Kong city.

Plans are on to transform Lantau Island into a tourism and recreation hub in the near future, and if that happens we can be assured that the experience will not be the same. Some things are just better without the ugly head of commercialism lurking around. Let’s enjoy it while it lasts.