In pursuit of happiness

DECCAN CHRONICLE. | MANU REMAKANT
Published May 22, 2016, 12:16 am IST
Updated May 22, 2016, 12:19 am IST
Touted as one of the happiest places on earth, Bhutan, with its mist-covered mountains and temple trails, offers tourists much reason to rejoice.

Gross National Happiness. Bhutan has always been unnerving the west with the epithet they themselves had conceived to etch the kind of bliss its people enjoy over the material prosperity of others. If you need to get a taste of what they mean, you have to peer through the mist-covered mountains in the far east. The short airstrip at Paro in the Himalayan country can be negotiated by plane, sure. But the thrill lies in the long ride to Bhutan from Kolkata.

You feel you have switched planets, when you cross the border from Jaigon of WB to Pheuntsholing of Bhutan (thanks to warm relationship between the two countries, you need to carry only the national ID cards to check into this modern-day Shangrila. No passport needed). We sit with bated breath as the car zips along a path that hangs perilously on the cliffs. 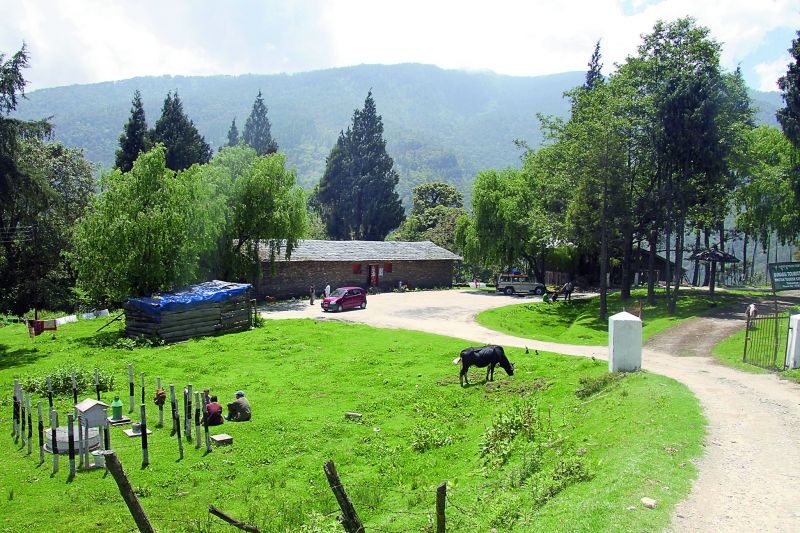 Our driver tells us that the only road to Bhutan along which we now travel, closes for many days with the arrival of monsoon.  These cliffs, he points up to the wall on one side, come down with the water and takes the road down to the river. Restaurants welcome the traveller at the entrance of little towns along the way.  What do Bhutanese eat and drink to nourish themselves? Ema Datshi, their national dish made with cheese and hot chilli, is virtually a fire procession down to our sensitive intestines, so we call for cold beer to extinguish the flames. 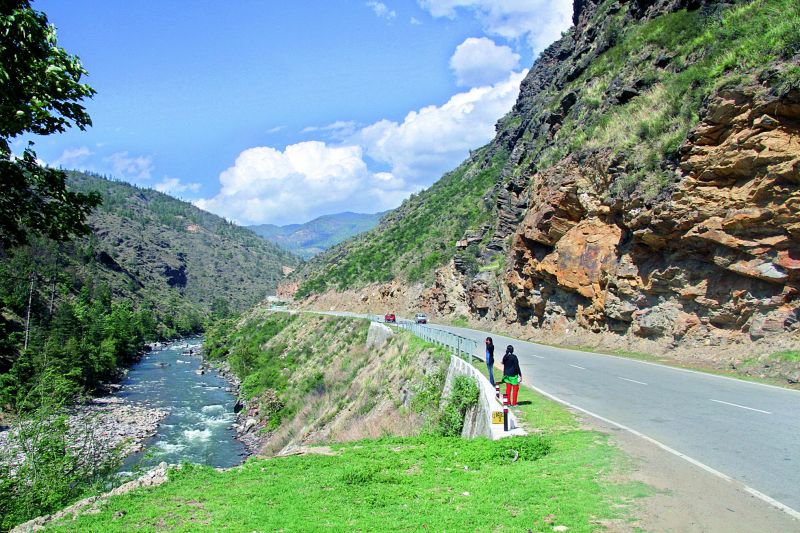 Alcohol, which costs a little, is part of Bhutanese culture but in the ten days of our stay in Bhutan, we would never come across a single person in the street zonked out being drunk. Except the food and the smiling ladies between the counter and racks adorned with spirit bottles and the loud colours on the walls, the rest is home to us. 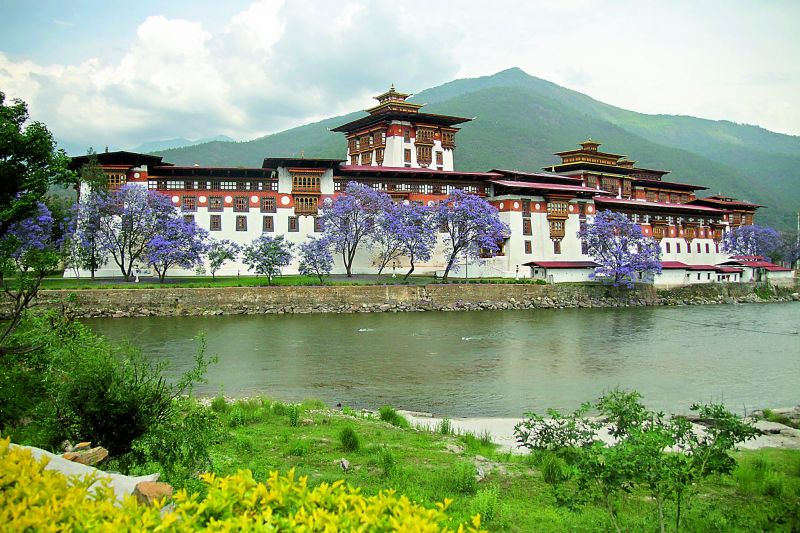 The music that blares out from the televisions is pure Bollywood and even little boys could embarrass us by dropping names of Indian actors, even we recall with difficulty. India is Bhutan’s big bro in the neighbourhood, helping it in many fronts like defence and infrastructure. But a brother who could accidentally step on a little one’s toes which is probably why we found an uncanny fear tinning beneath its people whenever they talk about India. 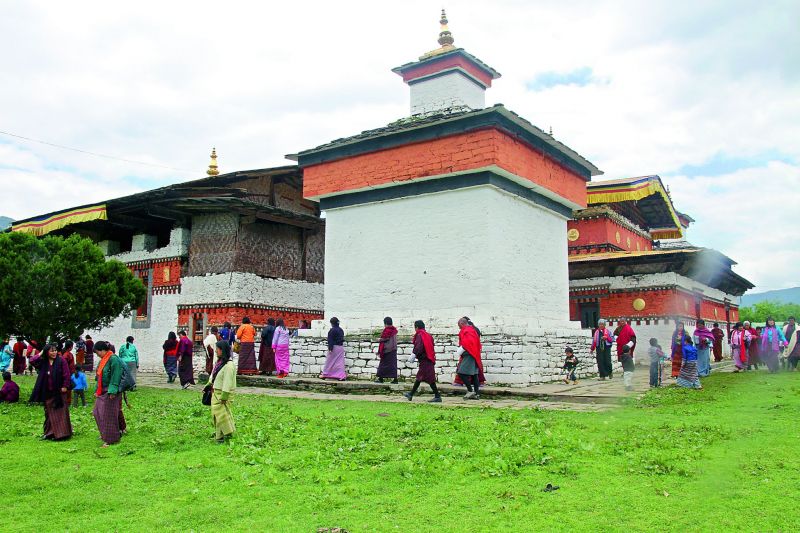 Two things catch your attention on a journey along the lateral road that runs from one end of Bhutan to the other. One, the vertical prayer flags that challenge the blue skies, are vibrant and colourful. The second thing may catch you unawares — drawings of enormous phalluses outside shops, houses, walls and even temples! Down to the last detail!

Chimi Lakhang, the temple of fertility on a hillock near Punakha, is one of the centres of phallus worship. We witness a priest blessing a woman by touching their forehead with a wooden phallus that would supposedly turn her fertile.
The thing we like the most in Bhutan?

An early morning walk along the sleepy streets of Thimphu. The town, despite being the capital, clings stubbornly to its past with narrow roads and old-style buildings that refuse to rise beyond four or five storeys and narrow roads. Meekness is the country’s middle name, and it enjoys the character thoroughly.

Bhutan continues to tell the same old stories — lores and legends of monks, priests, kings and gods who traversed the mountainous trails, and set up monasteries and kingdoms. The people we meet on the streets tell us they too haven’t yet got tired listening to these tales.

For music, they tune in to Bollywood. For stories… well, they live deep in them. Blessedly. The mist also helps in tucking away this small gem of a country inside the folds of the magnanimous Himalayan range.