A spectacle to behold

The wildlife is so copious that one can barely choose what to capture.

The Great Migration is a natural spectacle like nothing else on the planet. It is the largest congregation of mammals in the world moving en masse in an endless expanse. The wildlife is so copious that one can barely choose what to capture. It’s hard to imagine a phenomenon of that breathtaking scale; one just has to see it.  My last visit to Masai Mara as a Skipper for ‘The Great Migration Photography Tour for Toehold’ is an experience etched in my memory. As anyone who visits Africa would do, I reached Masai Mara with an uncontainable excitement to see the cycles of life and death in the most natural setting. The very first evening in the Savannas proved to be an overwhelming experience as we saw a beautiful lioness sitting by a thicket. Her hues were in contrast with the surroundings, which made the sighting a great photo opportunity as well. A while later, we saw the lioness mating with a handsome lion. The first evening in the grasslands had already offered us some exotic wildlife sightings. 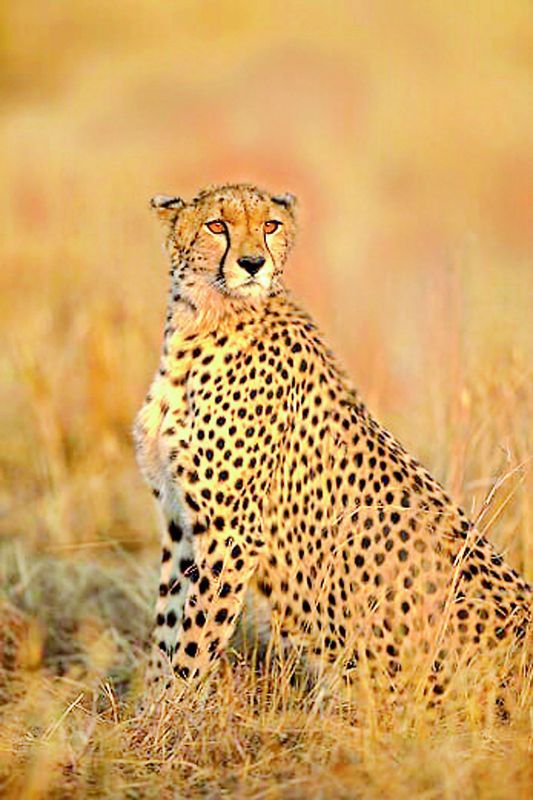 The next morning, as we journeyed into the expanse of the Mara plains, we saw a lion with its wildebeest kill. During the Great Migration Tour, death is a constant feature we witness. The place is teeming with bountiful prey and predators and we were fortunate to see the wildlife in action.  The significance of seeing a black rhino in Masai Mara is beyond words. Especially so because it is a magnificent mammal that’s critically endangered. To photograph it is a great opportunity for a wildlife lover. While we wait with bated breath to witness the Great Migration itself, such priceless moments of beholding rare species make our experiences at the Mara timeless. 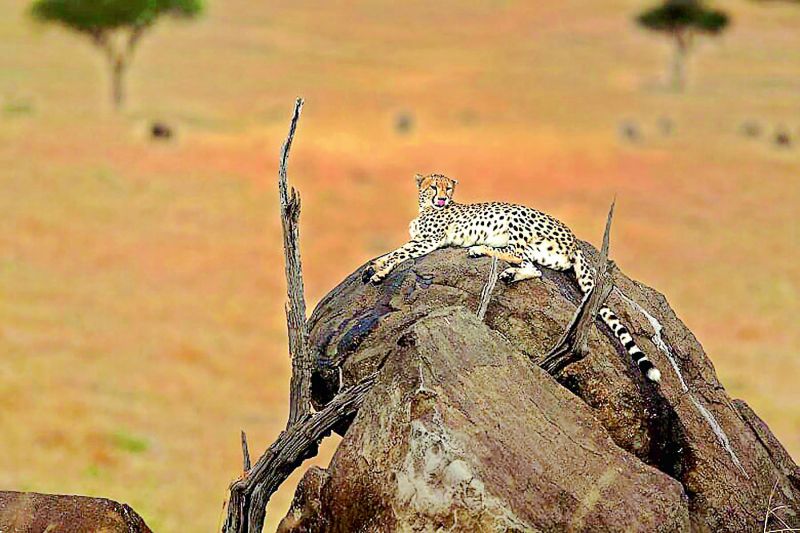 Like a fitting end to our amazing day, the sunset was spectacular with its fiery colours. That’s another great thing about being in the Savannas of Africa – the light is almost always great and the sunsets and sunrises are breathtaking.  On the next gorgeous morning, I remember how we were besotted with a cheetah relaxing in the grassland. When angular light falls on the cheetah’s eyes, one gets high on its beautiful whiskey-hued glory. We also saw the same cheetah move up a mound on which it became a part of the mother-cub duo.  They both sat in languor there and we had a great time watching and photographing them.  The spotted cats are wonderful creatures. Being the fastest land animals in the world, it’s rather amusing just how much joy they can bring us even when they are still as if in meditation. 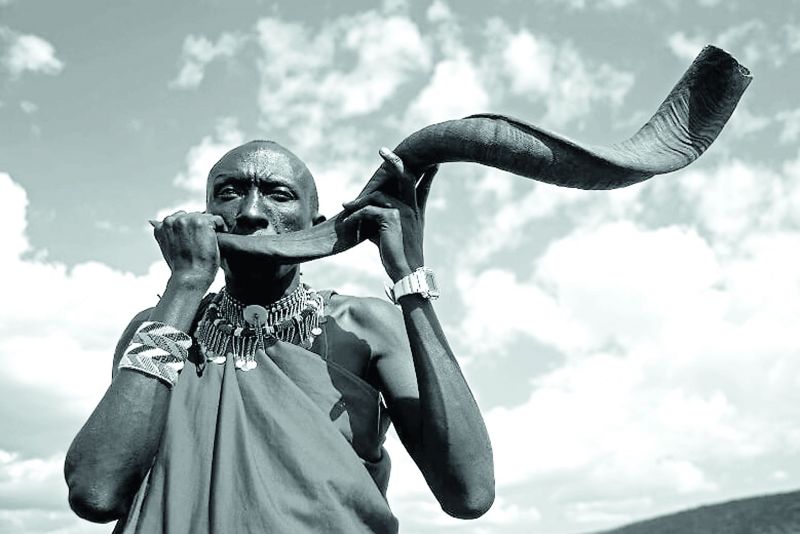 That day was a fateful one because we were fortunate to see the migration happen right before our eyes – I mean the Mara leg of the phenomenon. Hundreds of wildebeests began crossing the river. There’s never a guarantee that one can witness the natural moving grandeur of this scale but there we were, muted by the magnificence of it. We will always consider ourselves extremely lucky to have witnessed that.  The wildebeests, which become prey to the lions, cheetahs, leopards and hyenas as they migrate, cross the river heroically. It’s a rather moving thing to see, beyond the boundaries of human definitions of right and wrong and just and unjust. 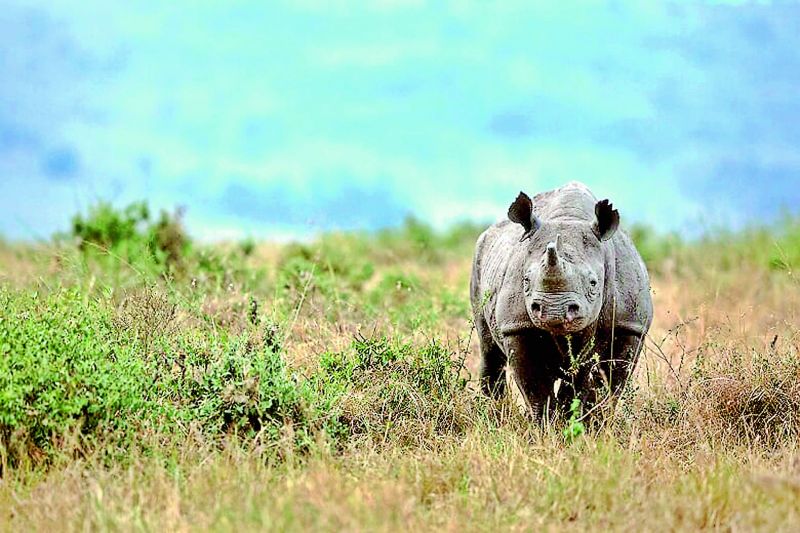 Whenever I’m in Kenya, I love experiencing the cultural aspects of the place as well. And meeting the Masai tribe is one such humbling, priceless human experience. The Masai people are the very symbol of this part of the African land. And their unique mud houses, their way of dressing in robes, their bold accessories and jewellery, their exotic ethnicity – all these details add richness to our experiences as travellers and photographers. Capturing the Masai folks in enchanting portraits is a joy.  The following day, we saw a sombre-looking quiet baboon who we photographed into stunning portraits. We also saw yet another cheetah on a rock. 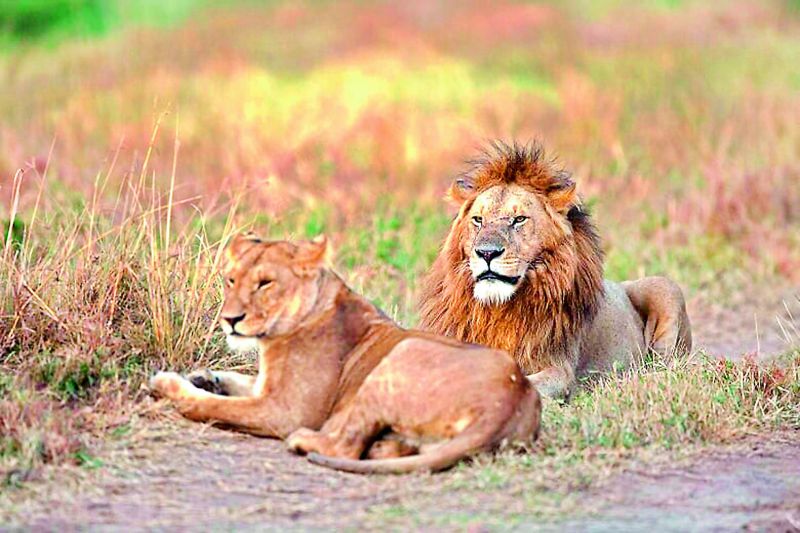 A pair of lions blessed us with more beauty than we had anticipated. The African lion is a splendid species whose presence fills you with awe and reverence to life itself. Making portraits of the king of the jungle is an unparalleled happiness. And the all of us made images to our hearts’ content.  Kenya always promises great light, great subjects for photography and visceral experiences, season after season. One can never come back without being moved to one’s very core. And being a photographer is simply a bonus to make the experience much more tangibly memorable. Even in retrospect, the place comes alive in my memory. And I cannot wait to go back to Kenya with like-minded photography enthusiasts. When Africa calls, there’s no negotiation. One simply flies across the oceans to set foot in that ancient part of the planet.

(The writer is  a Wildlife photographer)