Riding on the edge

While growing up, I had read a lot about Fin Del Mundo (Spanish for end of the world). It was a term coined by the Spanish conquistadors, who thought that the tip of South America was the end of the world. So it was with great eagerness that I set about planning a motorcycle trip to the very edge! I had never been to South America and the idea of riding a motorcycle with my buddies across the Patagonian region was an exciting prospect.

Patagonia is a sparsely populated region located at the southern end of South America in an area shared between Argentina and Chile. Known for its breathtaking scenery and vast open vistas, it comprises of the southern section of the Andes Mountains as well as deserts, steppes and grasslands east of the Andes.

Our trip would start from the city of Punta Arenas and we would cover 2,300 km over 10 days and traverse the Patagonia region from the Perito Moreno Glacier in the north to the port of Ushuaia in the south (also referred to as the southernmost city in the world).  Among the main attractions on this trip would be places such as Torres del Paine, Perito Moreno Glacier and Tierra del Fuego.
We headed early out of Punta Arenas on a crisp, clear morning. 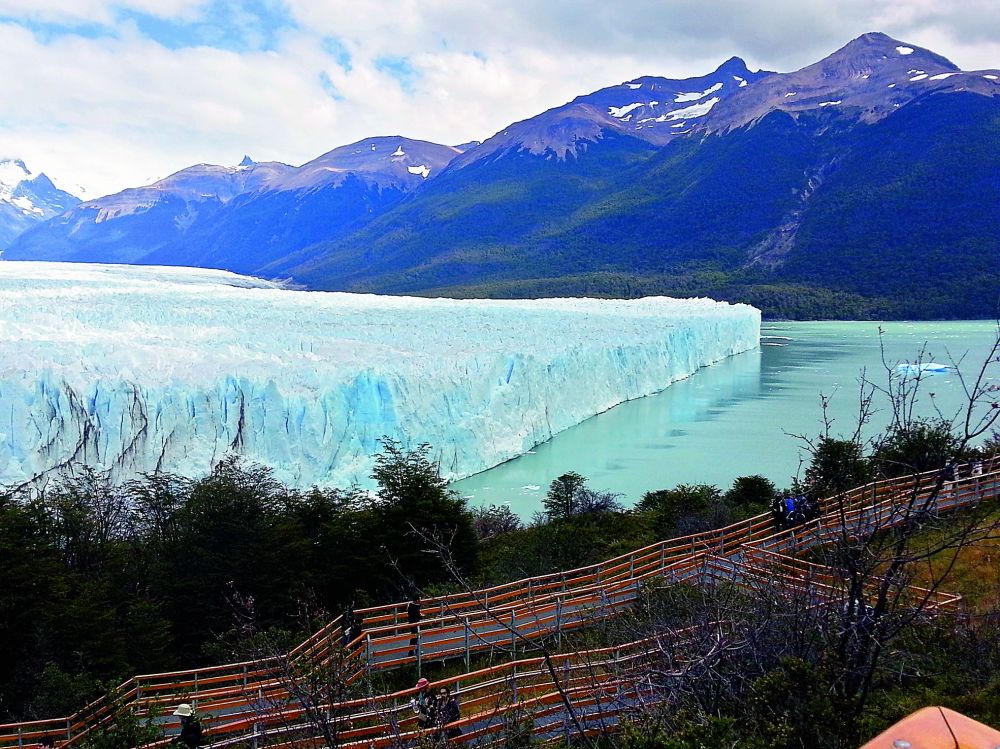 Patagonia is a sparsely populated region located at the southern end of South America in an area shared between Argentina and Chile.

There were five of us motorcycle enthusiasts on this ride — two doctors, one CIO of an IT company, one start-up entrepreneur in the environment space and me. Our guide Anibal accompanied us on the motorcycle and following our group on a four-wheeler was our friendly driver Pablo. Both were seasoned Patagonian tour guides and we felt comfortable and confident as we rode out to explore South America.

We made sure that we rode in a single file and barely 30 minutes into our ride, I noticed that the rider in front had suddenly tilted to one side and was clinging on desperately to his motorcycle! Seconds later, I was buffeted by the strongest winds I had ever experienced in my life. It knocked me from the side with tremendous force and I felt my 200 kg 800 cc BMW tilt to one side! 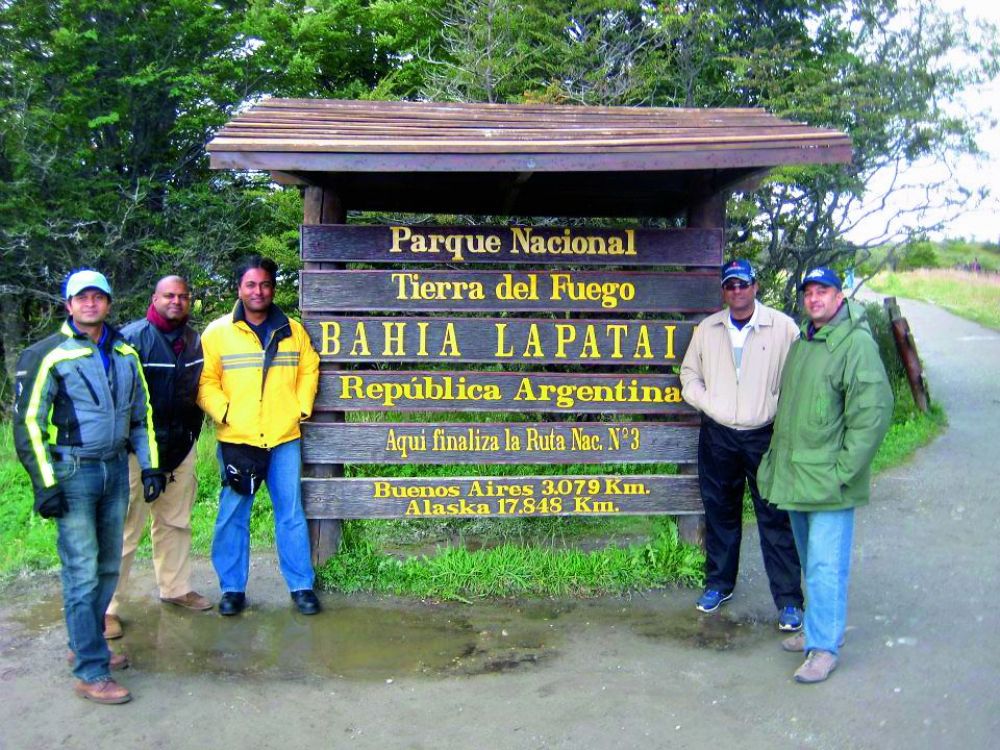 Among the main attractions on this trip would be places such as Torres del Paine, Perito Moreno Glacier and Tierra del Fuego.

I hung onto my bike for dear life trying desperately to control my balance. I remembered Anibal briefing us in the morning about strong winds and tried hard to recall how to navigate through it. After what seemed like an eternity, the winds subsided and we pulled up bruised but unharmed, to make sure we were all safe. I learnt later that Patagonia’s unique open terrain generates gale force winds that the region is notorious for — winds at 100 kmph. Even the trees and road signs we saw along the way bore testimony to this.

We spent that night at a cabin by a lake called Lago Blanco (White lake) named after the colour of the lake due to waves generated by the winds. Next day, we were on our way out of the city of Ushuaia on the southernmost tip of the continent. This is the port that is used for scientific expeditions and by tourists heading out to Antarctica. It was a typical port city with people from all over the world. Few miles away, we visited the famous Parque Nacional Tierra Del Fuego, which is the official end of the road or Fin Del Mundo.

After spending time at the beautiful port city, we headed back north, taking a ferry crossing across the straits of Magellan towards Argentina’s famous Perito Moreno Glacier. This glacier is a breathtaking wonder of ice and snow and one of the most important tourist destinations in all of Argentina. The 250 km ice formation is the world’s third largest reserve of fresh water and a stunning sight to behold. We lingered long in stunned silence observing this natural wonder, interrupted only by the thundering sound of ice breaking off the glacier and crashing to the waters below.

Another unforgettable stop was at a cattle ranch in the Torres Del Paine National Park in Chile. We were greeted by cowboys and herds of horses and gorgeous views while being treated to ranch hospitality at its finest. Riding across Patagonia was an unforgettable experience for me and my friends and  certainly something I would love to do once again. We experienced warm South American hospitality and were witness to some of the world’s most beautiful sights and sounds.

It left me in awe of the beautiful planet we live in, but also made me aware of how fragile it is. The ice breaking off the glacier and crashing dramatically into the water below is still one of the most cherished memories of my life. I hope it will survive long enough for my children to see it.