The cities that live and breathe on the banks of a river have their inherent character residing in its canals and waterways. Their richness lies in its ebb and flow, and Thailand’s jewel in the crown, Bangkok’s Chao Phraya River has hidden coves, rich history and heritage residing on the banks of the burgeoning and plump river. We started our canal trip on what was to be the coldest morning Bangkok has seen in years, with the wind at its howling best, in those large wooden boats that sway edgily on the river.

The whir of the engines started us on this approximately 21 km river route that takes you through canals and gives you sights of Bangkok that are hidden from the tourist eye. Travelling around the canals or khlongs of Thonburi, the journey walks, or rather paddles hand in hand with history and shows you Thailand’s rich heritage. 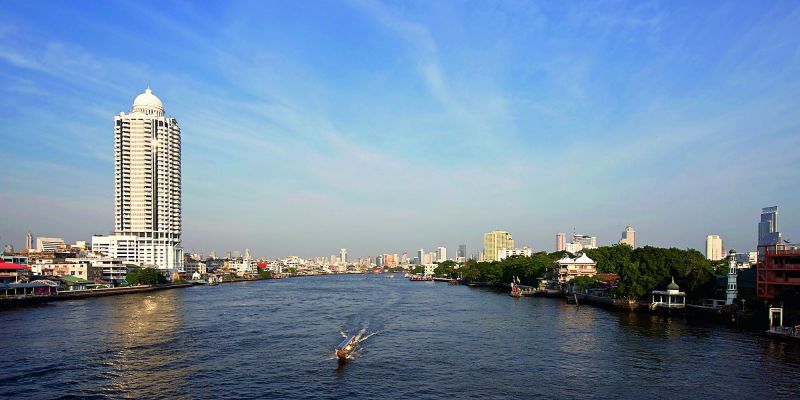 When the capital of Thailand was moved to Bangkok in 1782 (the beginning of the Rattanakosin period), Bangkokians settled by the river. Which is why there are sights that highlight the Early Rattanakosin period. The original site where Bangkok was founded, Thonburi, before King Rama I moved the capital’s epicentre across the river, has marvels for architecture.

Our first stop was at Wat Arun or the Temple of Dawn — one of the most stunning sights, with its white marble and Chinese porcelain engravings and tiny coloured glass sparkling in the sunlight. The sheer magnitude of its towers and work in brilliant blues, greens, yellows and oranges will stun you. 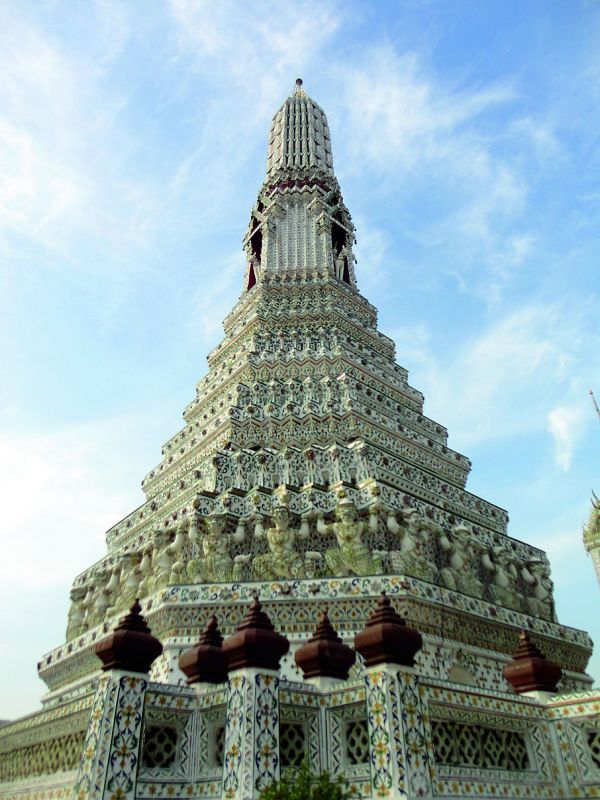 Wat Arun Ratchawararam Ratchawaramahawihan is a Buddhist temple that derives its name from the Hindu god Aruna, often personified as the radiations of the rising sun. In the first light of the morning, the sun’s rays reflected off the surface of the temple with pearly iridescence — it’s  majestic. We walked in and worked our way up steep steps, clicking away and marveling at the workmanship, This seventeenth century temple’s distinctive prang (spires) were built in the early 19th century during the reign of King Rama II.

We then ambled back to the boat to whir away on the river to Wat Pho. Locally called Wat Chaeng, it is situated on the west (Thonburi) bank. The design is very different to the other temples and it is directly opposite the Temple of Dawn. Wat Pho is on Rattanakosin Island, directly south of the Grand Palace. It is also called the Temple of the Reclining Buddha.

Gorgeous and golden in glow, the temple complex houses the largest collection of Buddha images in Thailand, including a 46m long reclining Buddha. Infact, we were told that it still houses a school of Thai medicine and is known as the birthplace of traditional Thai massage which is still taught and practised at the temple.

The boat then takes you past various other sights to the Royal Barges Museum, all glinting in their precious adornments. These barges come out for the King’s birthday and other festivals. We stopped by to buy some bread and fed some very hungry and adamant fish on the side of the river, as they actually made a blanket across the water to get their bit of food. The boat then went on to the pier leading us to the grande palace which is one of the most beautiful and breathtaking sights one can see in Bangkok.

If you were to take a customised tour, I would suggest a visit to the Taling Chan Floating Market, which is a hustle and bustle of activity and local flavours or the Wat Sai Floating Market. Here you will see vendors on boats selling fruits, vegetables, street food and so much more — it is a photographer’s delight!

There are also orchid and snake farms you can visit or take a breather at the Shangri La or the Oriental Hotel or even one of those quaint Riverside cafes that serve some of the best Thai food. There are also tours you can take with a five-course dinner or just a night route of street food which Bangkok is known for. And the Chao Phraya welcomes you to take a less travelled route to enter the heart of Bangkok, giving you lessons of a bygone era.