The inside of the Jigokudani Monkey Park where the monkeys often gather.

I have always been smitten by Japan, thanks to its food and mannerism. While it is known that the people in Japan are definitely the most helpful and polite, somehow it has translated to their wildlife too. If you went to Nara’s Deer Park, you will find even the youngest of the deer bowing down to you for offering them food. Crazy isn’t? It is said that the wildlife in Japan is nothing like that you would see anywhere in Asia. So during my maiden visit to the country with my husband, we decided to visit one such unique animal part in Nagano prefecture — The Jigokudani Monkey Park. 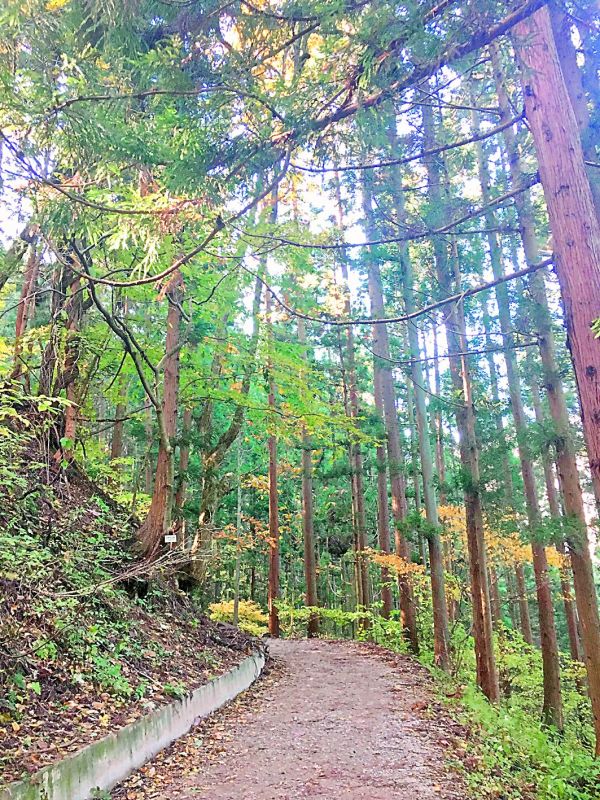 A scenic view through the forest.

Hot-bellied Japan is famous for its hot water springs, also known as onsens. But Jigokudani Monkey Park is the onsen for Japanese macaques, well known as snow monkey. Located in the Valley of Yokoyu River, the park got its name because of the steep cliff of the valley and gushing hot water from the river, which people called Jigokudani (Hell Valley). Owing to its high altitude, the winters here can get harsh as the temperatures can drop up to -10 degree Celsius. Which is when, the snow monkeys descend down to the river, to find respite from the extreme weather. This natural phenomenon started attracting researchers and photographers and thus in 1964, the park was established for nature lovers to watch this activity up close. The Zen-like faces of the monkeys attracted media and they were featured on the cover of the LIFE in 1970. The popularity increased furthermore when Japan hosted the Winter Olympics in 1988 in Nagano. 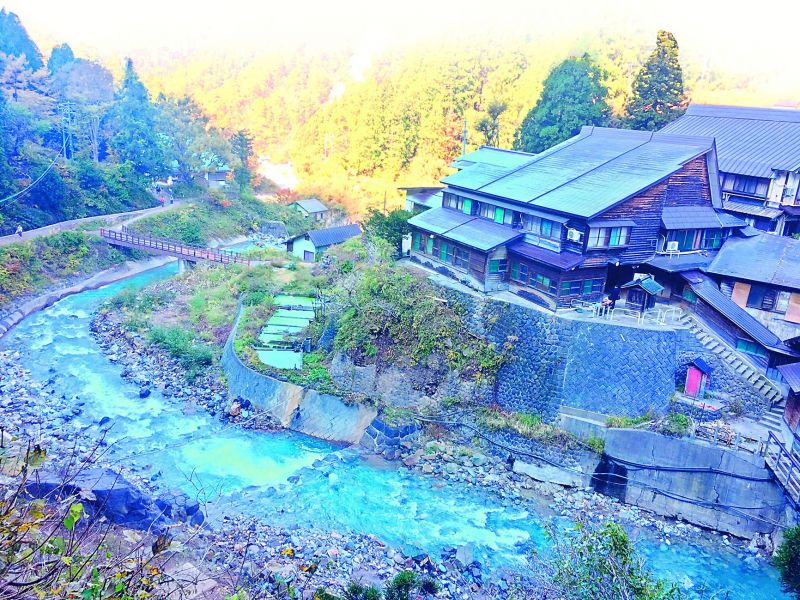 The Korakukan, a wooden onsen ryokan below Jigokudani Monkey Park in Nagano.

So in our quest to see these Japanese macaques, we decided to drive down Tokyo. Words for the wise, skip the highways and take the country roads to enjoy the natural beauty of the region. We reached our Ryokan way past sunset, and after moonrise, we hit the town with no human in the sight, but only a frozen lake shimmering under the moonlight. After being exhausted by the night drive, we woke up early to visit the Monkey Park.

Once you visit the site, you will be hiking through the forest for about half-an-hour, so be ready with the right footwear and water. We started hiking at around 8 am in 2 degrees Celsius. It was autumn when we visited so we didn’t get to see any snow. But we walked through the cold in three layers of sweaters, a scarf, monkey cap, gloves and reached the valley just in time for the park gates to open. The hike itself was so gorgeous that it increased our anticipation to see the monkeys in their natural habitat. As we reached the counter, we saw a big board announcing that the monkeys hadn’t shown for the day. We still decided to buy the tickets and go to the onsen and wait for them. But after a few hours wait and a no-show, we returned heartbroken. We were informed that the monkeys hadn’t visited for two days in a row. So we made our way back to the parking with a fallen face and a hungry stomach.

We never factored in the situation where the monkeys would be a no-show, so if you plan on visiting, keep a couple of days in hand, just in case. On the bright side, we stuffed our faces with the spiciest ramen on the trip. Apparently, the flavour of Japanese Ramen gets altered according to the temperature outside. And since it was so cold outside, the ramen was rather fiery. With our bellies full, we headed out from Nagano to Mount Fuji, and just when we were about to hit the road, we saw half a dozen of snow monkeys, sitting by the side of the road, staring at me waving at them from our bright red Toyota.