DECCAN CHRONICLE. | CHARUKESI RAMADURAI
Published Dec 11, 2016, 12:18 am IST
Updated Dec 11, 2016, 6:53 am IST
If you thought California was just about the beach, the sun and the wind in your hair, a trip to Napa and Sonoma Valley will change your perspective.

Wine is one of the most civilised things in the world and one of the most natural things of the world that has been brought to the greatest perfection, and it offers a greater range for enjoyment and appreciation than, possibly, any other purely sensory thing.” Whether or not you are a fan of Ernest Hemingway, you have to agree with his sentiment that there are few pleasures in life that can exceed that of a glass of fine wine. So when I headed to San Francisco in early summer this year, I knew I would definitely have to make a trip to Napa Valley, the pulsing heart of California’s wine country. I had the time and the inclination. The only problem was, I didn’t have a car. So I quickly signed up with Extranomical Tours for a visit to the wine country; not just Napa Valley but also its lesser-known (and equally pretty, as I discovered later) cousin, Sonoma Valley.

We were soon speeding North towards the Golden Gate Bridge, leaving the desultory morning traffic behind. Our driver and guide Mark was a dyed-in-the-wool San Francisco local, who switched on his playlist of SF songs as soon as we left town. And so we found ourselves humming along to hymns to this lovely city: from Scott McKenzie’s dreamy hit San Francisco (Be Sure To Wear Some Flowers in Your Hair) to Tony Bennett’s iconic I Left My Heart In San Francisco. 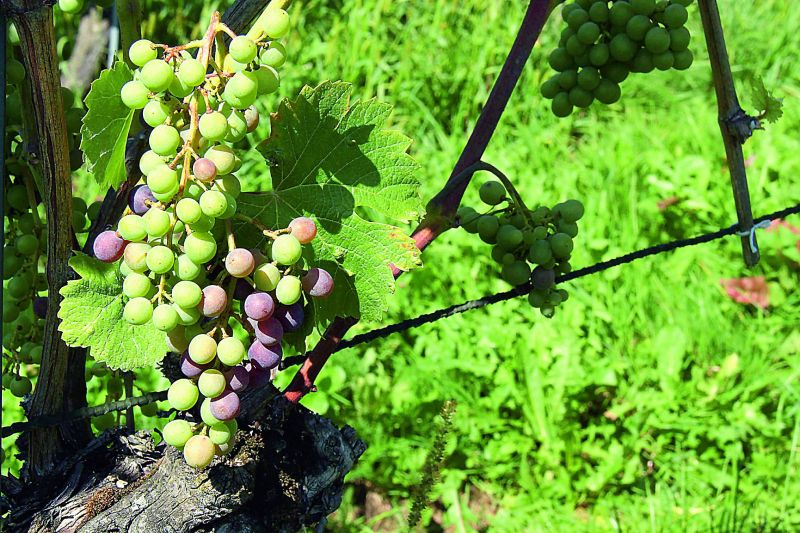 Semi-raw grapes on vineyards along the way

Our first stop was at Muir Woods National Monument, the forest of giant redwood trees that is said to sport a different character in different seasons. I had once read somewhere that John Muir, the respected naturalist after whom this forest is named, described Muir Woods as “the best tree lovers monument that could possibly be found in all the forests of the world”. And as soon as I stepped into the gates, I knew what he meant. Even on that warm summer day, there was a bracing nip in the air, which my tired city lungs were grateful for. Through my short hike in this Californian Garden of Eden, I kept my neck craned in an attempt to see the treetops, way high above the ground.

And every moment, I was keenly aware of the fact that I was but a mere speck in the scheme of things in the natural world. As I walked deeper into the woods, I was cloaked by a deep silence, accompanied by a sense of complete calm. The drive further on towards Napa and Sonoma was along narrow country roads, the hillsides lush and glistening under the mellow Californian sun. Miles upon miles of vineyards bounded our route on both sides, each with a history stretching back to over a hundred years. 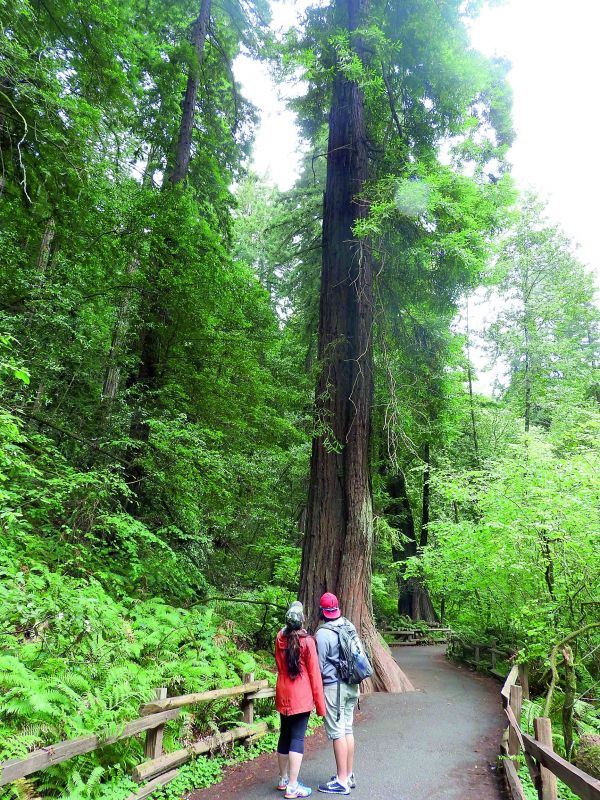 As we approached our destination in Sonoma Valley, Mark kept up a steady commentary about the history of the region, beginning with the first wine cultivation by Spanish missionaries in the mid 17th century. Whenever California wine country is mentioned, the immediate association is with Napa Valley. However, Sonoma is home to over 100 vineyards and wineries, most of which have been with the same family for generations. In fact, some wine historians claim that Sonoma Valley is the actual birthplace of the California wine industry — and along with Napa wines, usually comes up at par with fine French wines in blind taste tests.

Over the course of the day, we stopped at gorgeous wineries like the Madonna Estate, known for its splendid organic wines for four generations now, and Cline Cellars, which boasted of some of the most picturesque vineyards in the area, along with a full-fledged farm. At each stop, along with a brief history of the estate, we also got generous tasting and tips on wine appreciation. And since I knew I was not going back to the area any time soon, I had also chosen to stay over in Sonoma city (incidentally, voted as one of the friendliest cities in the USA a few years ago).

It was the day of the weekly market at the town square, which meant that locals from all around had arrived there late in the afternoon, picnic baskets and blankets in tow. Local farmers and artisan food producers (cheese, chocolates, meats, fruit and of course wines) had set up stalls and the air was soon filled with the smells of buttered corn and the sounds of playful children. What more can I say, except that I returned to San Francisco the next morning, happy and high, in a way that only fine wine can make someone.

— Author is a travel writer and world wanderer.