Do not judge a book by its cover,” goes a popular saying. And in this instance, you can change it to, “Do not judge Liverpool by only its world famous football club.” 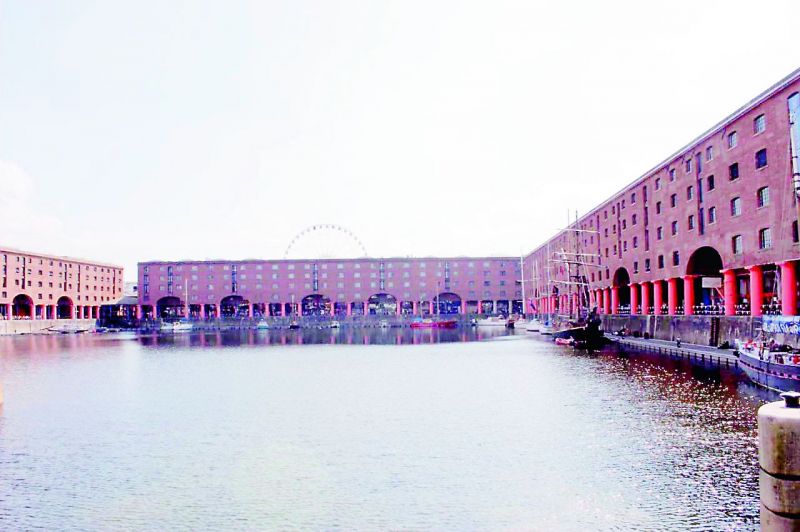 Liverpool is much more than the club and its devoted football fans. It is a quaint city steeped in arts, music, maritime heritage, friendly people, heritage buildings and a vibrant night life, not to mention awesome food. My husband Subru and I had made a decision to decode Liverpool minus the football frenzy, and the city did not disappoint. Liverpool turned out to be a whole new experience. Yes, all football fans would be drooling over the chance to visit the club and see a live match, but Liverpool has a whole lot more to offer. 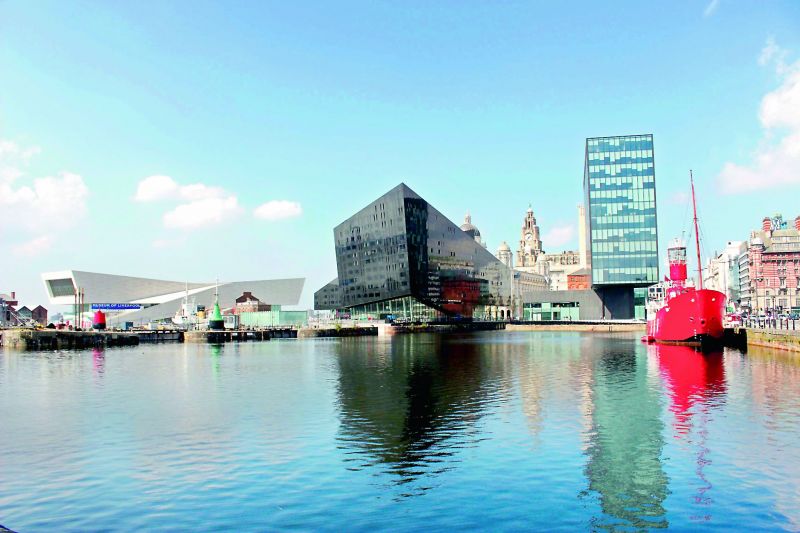 We began our journey on a high-speed Virgin Train from London to Liverpool. The journey itself proved to be interesting with people travelling with their pets (that are quite obedient, I must say) and enjoying the trip. The Liverpool Lime Street railway station — built in 1836 — is the oldest grand terminus mainline still in use. One can only marvel at the mix of old architecture of historic building and modern swanky malls like Liverpool One; which is a confluence of the old and the new existing side by side. 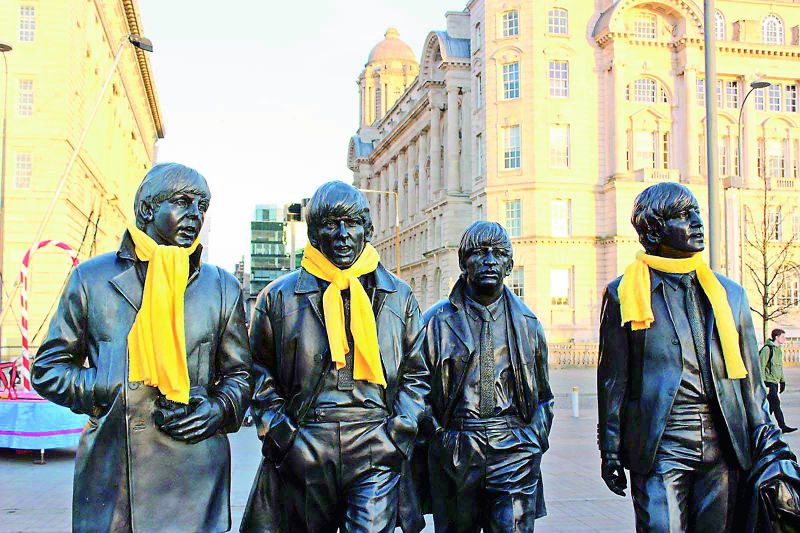 Time for trivia now did you know that the Liver bird is the symbol of Liverpool? There is a Liver building with two mythical Liver birds — Bertie and Bella — which looks ethereal at night. They are a pair with the female looking out at the sea, watching for seamen to return home safely, and the male looking at the city, keeping watch over the seamen’s families or ‘making sure the pubs are open’, as the joke goes. 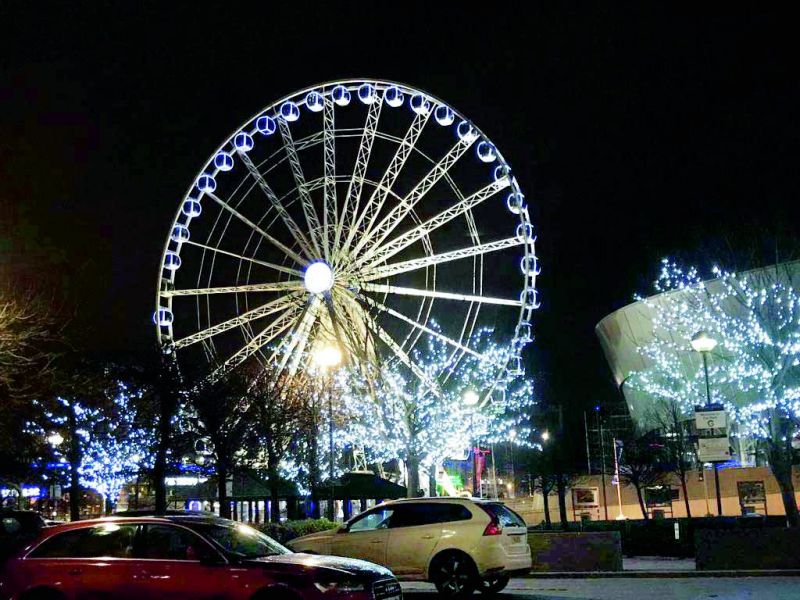 Of course, Liverpool is synonymous with the Beatles. Any fan of the Beatles worth his or her salt has to visit the museum The Beatles Story. It is a chance to understand the early roots of the band, get a taste of their skiffle music and see the fandom at the pinnacle of their fame to the time when John Lennon was shot in 1980, and beyond. Beatles mania is alive and kicking in various Beatles-themed bars, like the famous Rubber Soul. If you want to listen to live music, then head over to The Cavern every day. Hardcore fans can sign up for the many Beatles tours like the Magical Mystery Tour, where you get a chance to visit their childhood homes. We visited the street named Penny Lane, which gained international fame in 1967 when the Beatles released Penny Lane, written as a tribute to the band members’ upbringing in Liverpool. 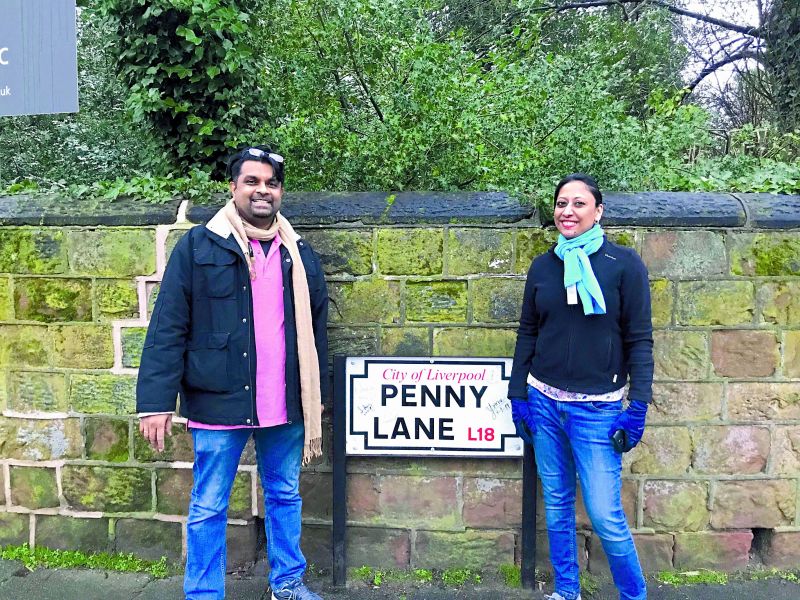 Subru and Nisha at Penny Lane

It takes a while to shake off the Beatles hangover, especially for a fan, but it was time to visit another highlight of the city, which is the Liverpool Maritime Museum and International Slavery Museum at Albert Dock. There is a whole section related to Titanic memorabilia at the Maritime Museum. 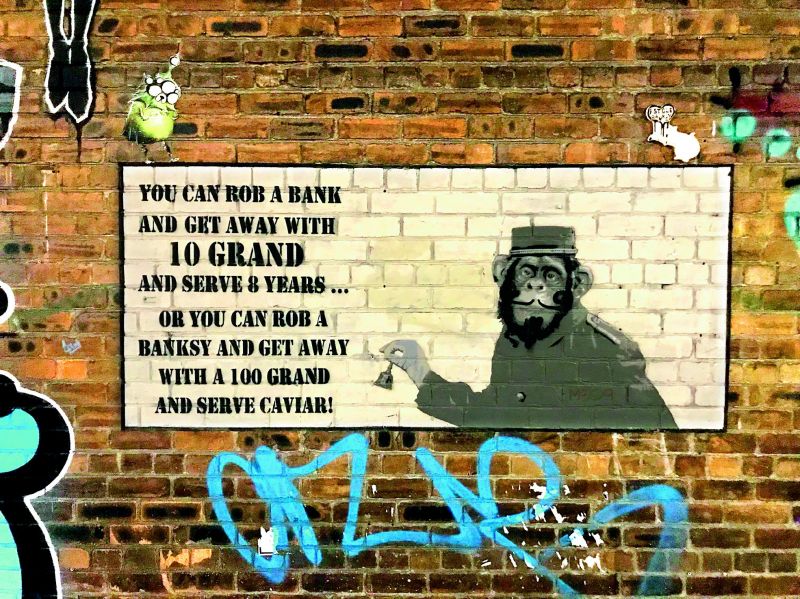 What intrigued me was the manner in which the salvaged artifacts were displayed with notes about them elucidating their history. It is easy to get transported to that era, especially during a walk in an enclosed tunnel, recreated like the old sleeping decks with the sound of waves crashing, and dull lighting. What my husband found interesting was the UK Border Agency National Museum, which uncovers crimes encountered by the Customs department. The gallery reveals unique seizures including illegal animal/bird trade, drug trafficking and other banned goods seized from the 1700s till date. The museum is made highly interactive with sections for visitors to identify contraband and there is a simulation of a Coast Guard cutter. 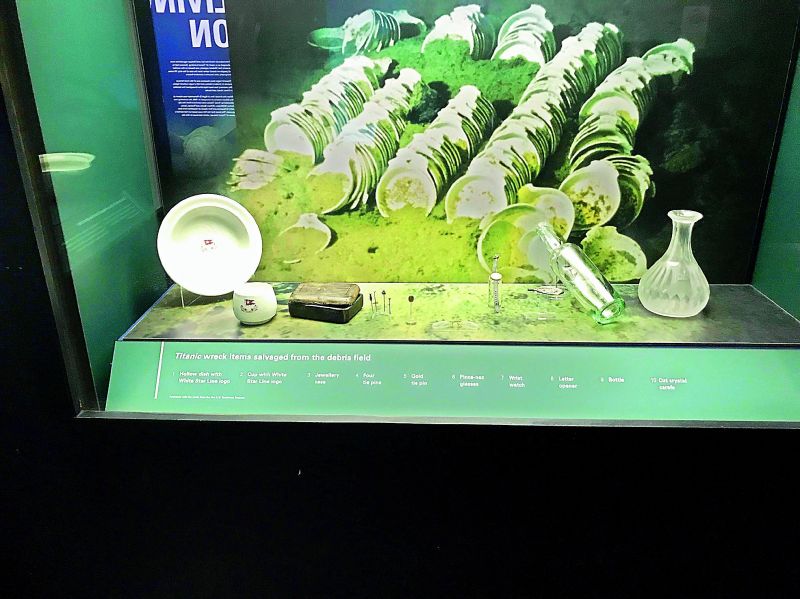 Items salvaged from the Titanic

The vibrant heart of Liverpool is its historic waterfront the Royal Albert Dock, which is a UNESCO World Heritage site. A fact worth mentioning is that the new architecture is built giving consideration to the older buildings and the dock. The cafes, galleries, stores and restaurants at the dock are all old converted warehouses. 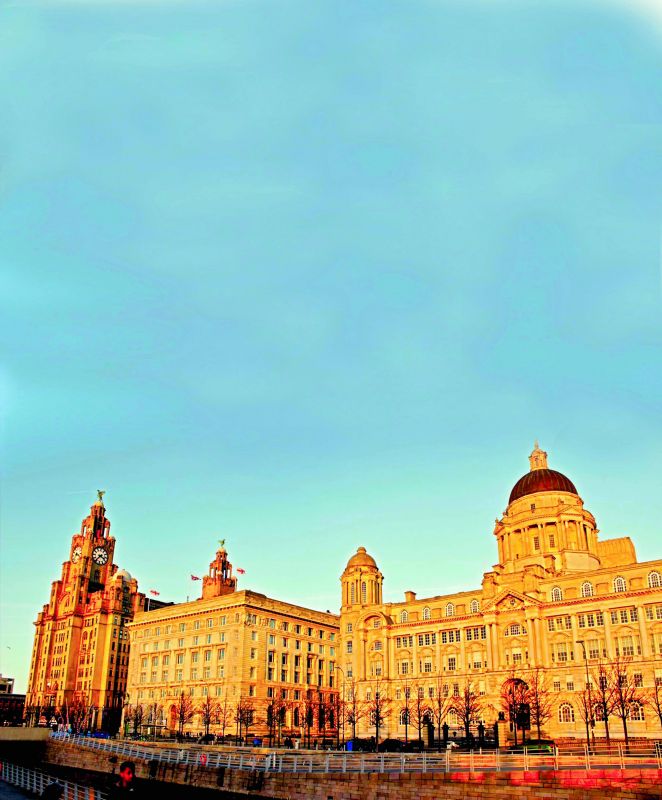 Hunger pangs set in after all the walking, and we set out to check food options at Bold Street— a street which embodies the spirit of Liverpool with its eclectic mix of retail chains, vintage stores, independent shops and even a cat café. Subru being a vegan was excited that the restaurants had good vegan options and were even open to customising dishes. The chill in the air got to us, but not before clicking some fantastic photos of the Wheel of Liverpool, which is a transportable Ferris Wheel installation on the Keel Wharf. The structure is 196 feet (60 m) tall, weighs 365 tonnes and has 42 fully enclosed capsules attached to it. 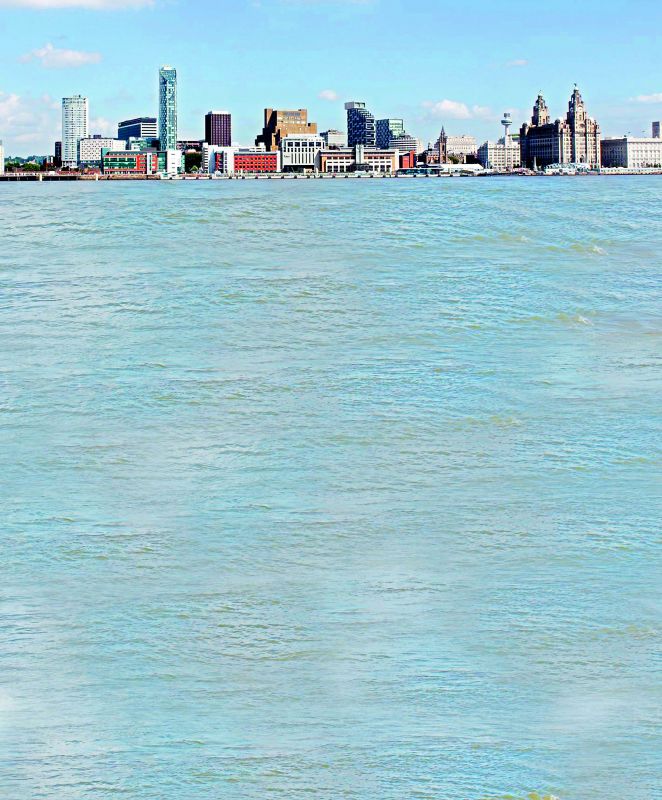 We stepped out for dinner to an Italian restaurant, Amelia, and got to taste authentic pizzas. What amused us was watching one of the patrons at the next table taking up a challenge of finishing a five-pound Monster Calzone — an Italian meat dish with tomatoes, vegetables and cheese. After dinner, we took a late night drive to Jamaica Street to checkout amazing street art on the walls, one of which was rumoured to be of Banksy.

We were also fortunate to visit Double Fantasy John & Yoko at the Museum of Liverpool, which is an exhibition celebrating the meeting of two of the world’s most creative artists who expressed their deep and powerful love for each another through their art, music and film. It featured personal objects alongside art, music and films produced by John and Yoko. The exhibition is drawn from Yoko’s own private collection, some of which had never been displayed before. We had the privilege to see rare interviews of John and Yoko as well as unseen photos of both of them. The song Imagine playing in the background tugged at my heart strings. We left there with a heavy heart with the strains of the song lingering in our ears.

(As told to Priya Sreekumar)