Of mountains and monasteries

War memorials and monasteries — it is not often that one makes a travel itinerary involving these two contradictory tourist spots. Yet, that is exactly what one would encounter in Tawang. A sprawling complex of monasteries set amidst the pristine snow-capped Himalayas in a lazy town with a heavy military presence. This strange description is Tawang’s reality. At 3,000 metres above sea level, nestled in the north-western part of Arunachal Pradesh, close to the Indo-China border, Tawang has a troubled history. Tibet, Britain, China and now India have all taken turns at different points in time to call Tawang their own. Its surrounding areas can be viewed as being defined by two historical journeys — one by the 14th Dalai Lama in 1959 when he fled from Tibet. He stayed in Tawang before reaching Tezpur. The other, by the Chinese army during the 1962 Indo-China war — the army made its way through Tawang all the way to Tezpur in Assam.

A traveller’s time in Tawang can be quite exciting by itself. It is not as easily accessible as other hill stations in India. We rented a car from Guwahati; if you start off at mid-day, you’ll reach Bhalukpong in time for sunset. Bhalukpong is a quaint little underrated destination which rests on the banks of the Kameng river and is situated right on the border between Assam and Arunachal Pradesh. An absolute must-see is the Sessa Orchid Sanctuary at Tipi, en route to Tawang. The sanctuary hosts some of the most rare and exotic species of orchids both in a protected environment and in natural habitat. 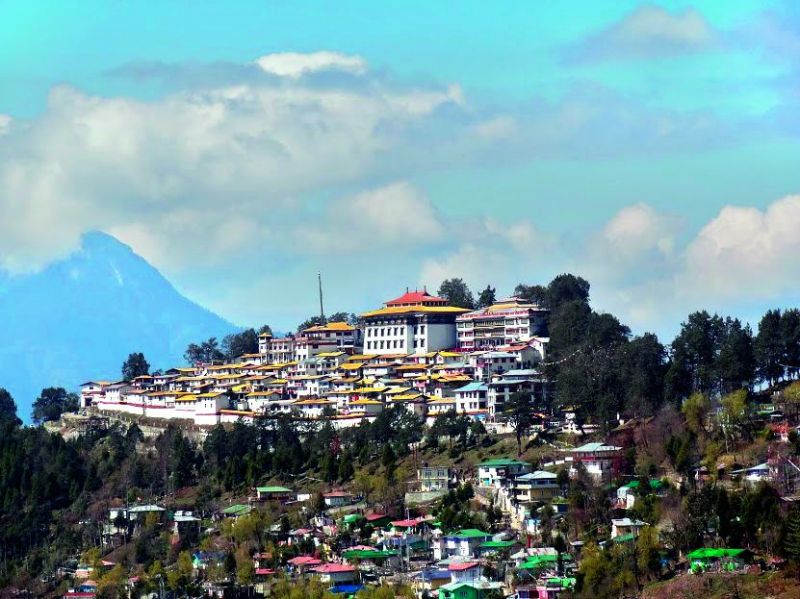 You will be treated to some magnificent sights on your way to Bomdilla. The landscape changes significantly from the previous day. The mountains are bigger by now and one begins to spot snow-clad slopes in the distance. The weather is a lot cooler, there are Army camps at regular intervals and Tibetan prayer flags flutter in the crisp and chilly wind. The first sight of Bomdilla in the morning took my breath away. Standing in the balcony of my hotel room, sipping on some hot tea, I was treated to one of the most spectacular, fairytale-like views — rows upon rows of mountains stretching as far as the eye can see on either side of a gushing river, as the sun slowly creeps up behind in the horizon.

The highlight of the journey is crossing the Sela Pass before entering the Tawang district. The picturesque but harsh Sela Pass rests at 4,200 metres above sea level and since we went there in the winter months, it was bitterly cold with temperatures dipping below zero degrees. Two semi-frozen lakes surrounded by snow-clad mountains greeted us and just as I got out of the car for a stroll, there was a fresh bout of heavy snowfall. 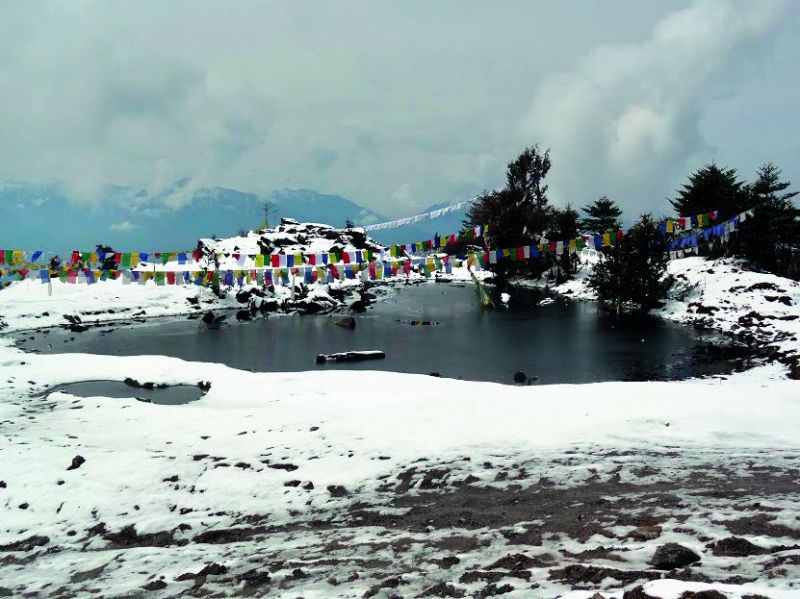 A few kilometres ahead of Sela Pass, we stopped at Jaswant Garh, a war memorial dedicated to Indian Army sepoy Jaswanth Singh Rawat, who single-handedly deterred the Chinese to some extent at the pass. The war memorial is beautifully done up and an Army officer guides the tourists on the entire 1962 war with maps, strategies and stories. At Tawang, due to heavy snowfall, we managed to see only a few things on our wish-list, but a slightly less hectic itinerary allowed us the chance to discover many small hidden treasures. On the first morning, we decided to visit the big Tawang Monastery and other smaller temples and monasteries. The Tawang Monastery was built in 1680 and is the largest monastery outside of Lhasa.

The next morning, we booked a local jeep to head to PTSO Lake and each twist in the road revealed a new postcard like image. The semi-frozen lake surrounded by fresh snow all around, overlooked by the mighty mountains leaves one wonderstruck. We couldn’t take the jeep to Madhuri Lake or Bum-La pass due to the heavy snowfall, but we did manage to trek for a few kilometres, dragging our feet through knee-deep snow.

The third morning was kind as the skies cleared up, but it continued to remain cold. I woke up just before dawn to climb a nearby hill in order to catch the sunrise over the mountains. Minutes after I reached the summit, the sun came sparkling over the mountain, its golden rays radiating off the snow-clad peaks. The golden yellow of the Tawang monastery looked particularly dazzling that morning.

On our way back, we stayed at Dirang and again at Bhalukpong, where I spent nearly six hours siting on the rocks by the riverside, while reading My Land and My People by His Holiness the Dalai Lama, as the sun slowly set on our fabulous sojourn. Anupam Manur is a policy analyst at the Takshashila Institution and travels to the Himalayas every year