A comforting portion of lip smacking biryani or a plate of idiyyapam; you would be forgiven for wanting to reach out for these delicacies when Saranya Sridhar lays them out in front of you, but you’d soon realise that they’re far from palatable. Not because of her culinary skills but because they are all made of clay and can fit snugly on a two-rupee coin or even the palm of your hand. 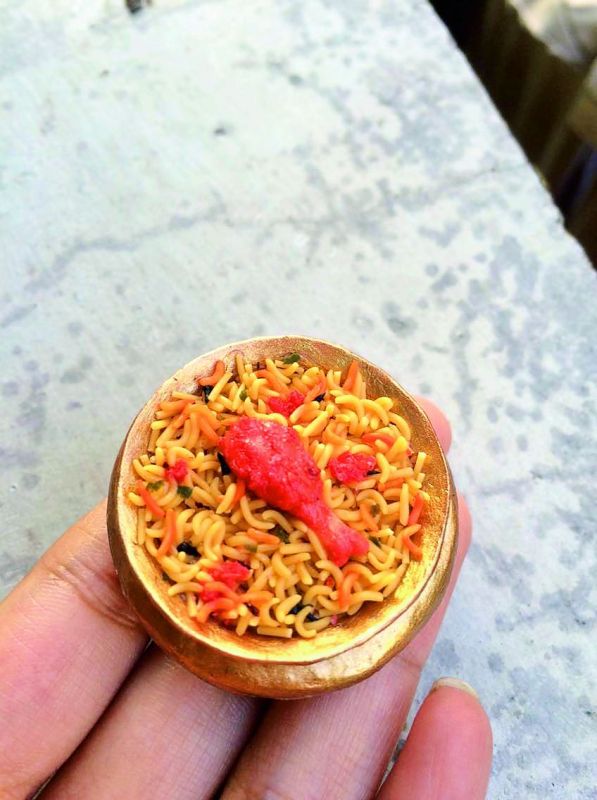 Chennai-based Sridhar specialises in making these miniature sculptures of food using clay, brushes, needles and colourful pastels. A self-taught miniature artisan, Saranya’s love for everything miniature was incidental. While helping a neighbourhood kid prepare vegetables and fruits made from clay for a school project, she realised the potential of the medium. 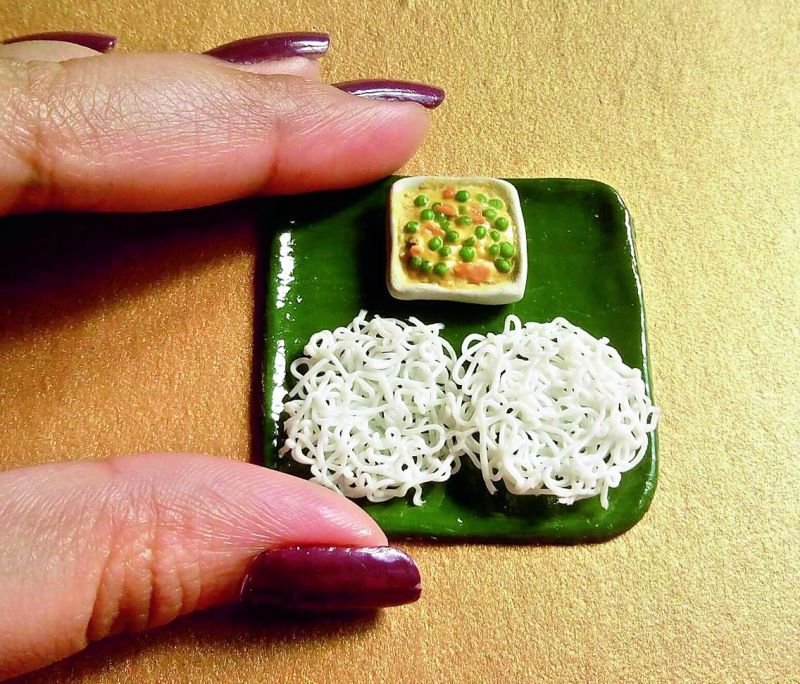 “I liked the way the fruits and vegetables turned out, they were so cute and tiny. I read up on the various types of clay and ordered some. I started off by making dolls, fruits and vegetables, but initially the results were not impressive. Over a period of time, though, I kept experimenting and the finishing improved,” says the 23-year-old. 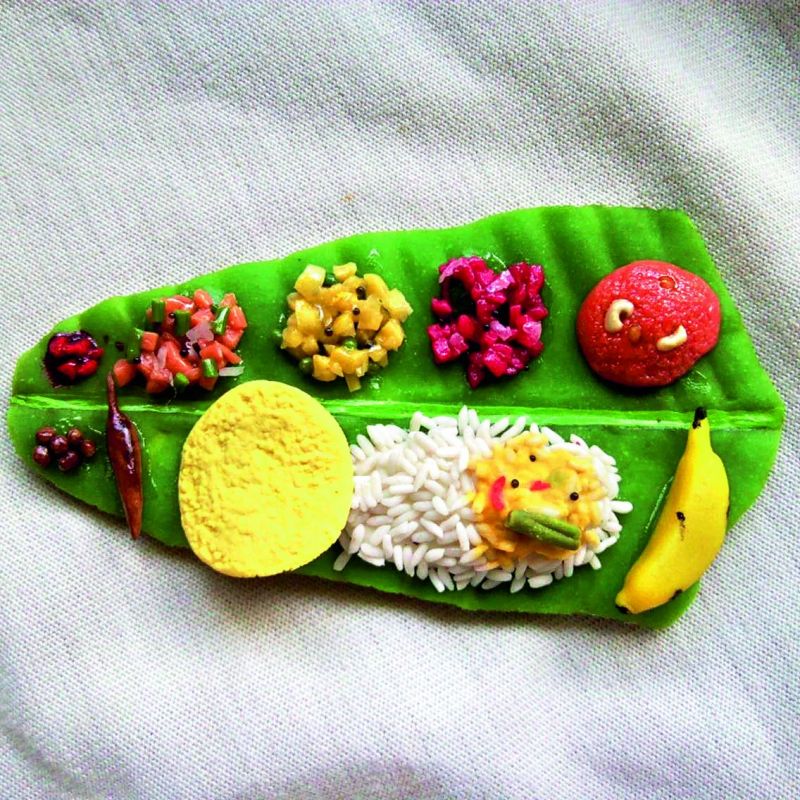 While her classmates were busy appearing for campus interviews, Saranya kept herself occupied with her palettes and blades. “After completing my MBA, I wanted to start a business of my own. I did some brainstorming, but nothing clicked. So I continued making these miniatures and would share pictures with my family and friends,” she reveals.

Making a living out of her hobby was never part of the plan, but the response her work generated online propelled her dreams. “A friend started a Facebook page and insisted I share all my pictures there. I had no intentions of selling them, but when the pictures went viral and people were ready to pay even `300 or more for a single piece, my passion turned into business,” says Saranya who sells fridge magnets, business card holders, mobile chimes, customised dolls, and figurines via her Facebook page. 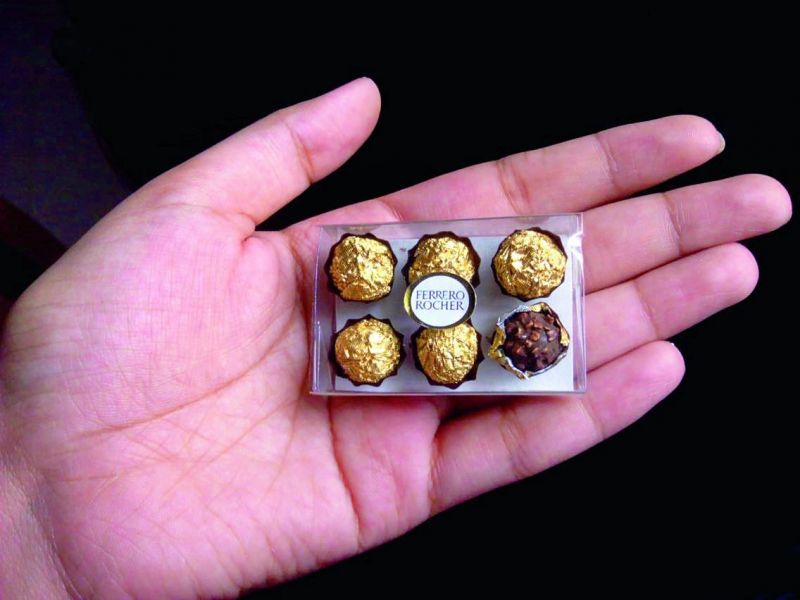 One of the major attractions of working in the field of miniature designing is tackling the challenges each dish brings, “Getting the right colour and texture is one of biggest tasks at hand. The colours have to be perfectly balanced for the miniatures to look real. For instance, if I add more colours to the veggies while making a miniature meal, it will appear to be raw. However, I have to make a cooked thali and the shades and the tints of each should be proportionate,” she adds. 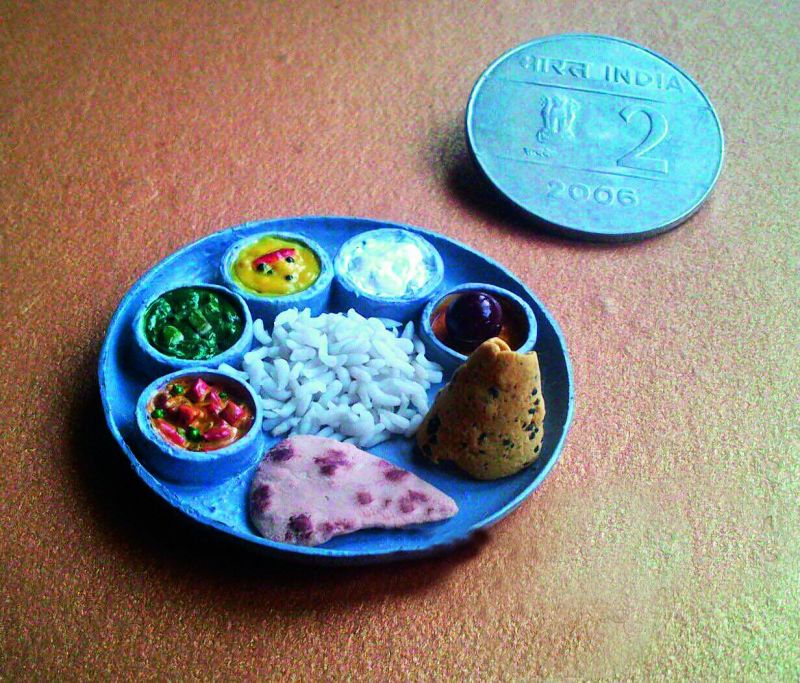 Saranya devotes around two hours for each dish. The numbers of hours drastically shoot up to even eight at a time if there’s rice involved in the dish mix. “I failed about 50 times before I finally got the steamed rice in a north Indian thali right. I have designed about 80 Indian dishes so far,” she informs.

After hours of hard work and some painful fingers, Saranya derives her motivation from the beauty of Indian dishes. “Miniature food sculpting is still unexplored in India and I get a lot of queries. There are many miniature artisans in other countries who do fantastic miniatures, making cuisines of their respective countries. Indian fares, however, are different and unique; each dish has its own charm and to get the same feel, dish after dish keeps me motivated.  The variation in colour and shades that can be found in our dishes is a never ending inspiration to me,” she signs off.