Priya has worked on covers for famous authors such as Sudha Murthy, Meera Nair and even Bond himself.

Growing up, Priya Kuriyan always had a fascination for Ruskin Bond’s books — which, apart from the brilliant writing, were also famous for their tastefully drawn covers, be it Rusty or The Room on the Roof. But little did she realise that one day she would herself be making a living out of adding that artful advantage to literature.

As a much sought after illustrator, Priya has worked on covers for famous authors such as Sudha Murthy, Meera Nair and even Bond himself. However, Priya reveals that she doesn’t recollect her fascination towards drawing as a child — in fact, all she remembers is that visual art was something that was ‘always there’. Being an army child meant adjusting to new environs every few years. And when she couldn’t form meaningful friendships owing to her father’s occupation, drawing turned out to be her source of solace. 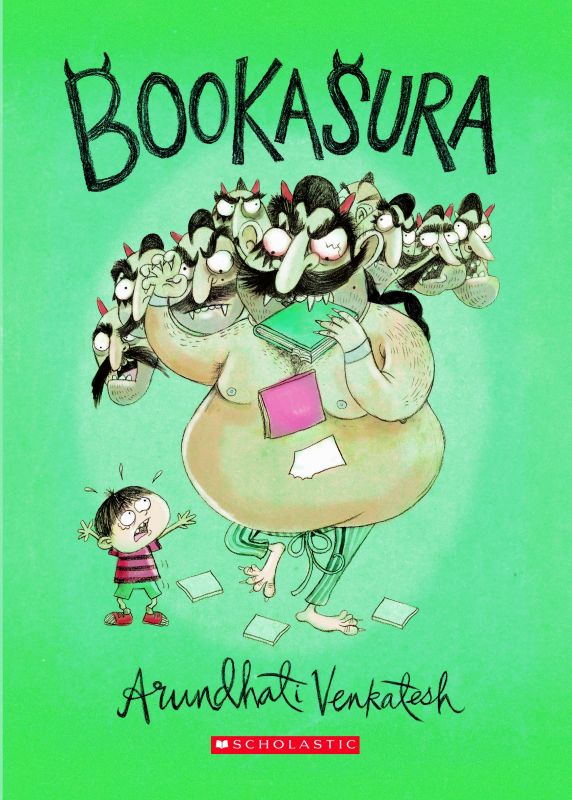 Priya recollects, “Friends, homes, schools kept changing. In some ways I think drawing, being such a personal and solitary act, was one thing that was constant through all this and it was comforting to have that. Which is why I never let go of it.” And that’s how it came to pass that even as a teenager, she always aspired to become a person who ‘drew pictures in books’ without even knowing that they were called illustrators.

It was her course in animation filmmaking at the National Institute of Design, Ahmedabad that got her interested in illustrations. Since, the process of animation involves creating conceptual arts — the stage where you doodle and flesh out the story — she found herself creatively satisfied with the process. In the final year of design school, she approached a publishing house in Chennai on a whim. Her first break came in the form of Radhika Chadda’s I’m So Sleepy.

Motivated by the thrill of seeing her work in print, she decided to then make a career out of it. She explains, “I still took it as a hobby at that point because I already had a full time job. All my illustrations at that point were instinctive.” Priya then went on to work with Sesame Street India (Galli Galli Sim Sim), while continuing to illustrate books on the side. It was here that she realised her interest in the space of children’s writing and actively began focussing her attention on creating illustrations. 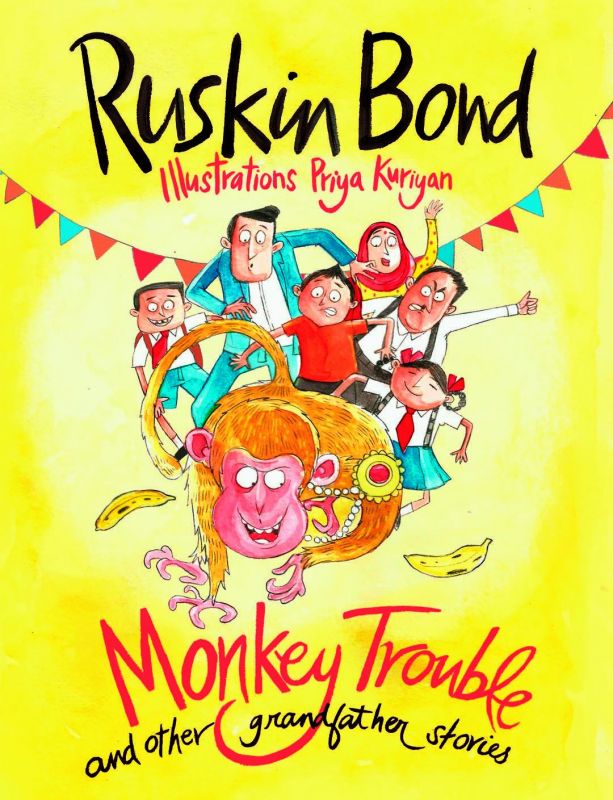 Priya may have lent her talent and expertise for works like Sesame Street India and films like Maya Saves The Day by Mira Nair, Where is Gola’s Home by Chitra Soundar, but it is her work for Ruskin Bond’s books that particularly became the talking point. She believes it might have something to do with the fact that she grew up reading his books.  “It is quite something to be able to illustrate the same stories that you read as a child. His books take you to much simpler times,” adds Priya. Recently, she even adapted some of his works into comics for Rupa publications.

“I was a bit nervous at first because that meant cutting out a lot of text and replacing that with visuals. But despite being a writer with such vast experience, I think he completely trusts the illustrator to do what they think is best and works. That’s very rare and generous,” she says.

The brief that an artist has to work with while illustrating a book cover is very simple — conquer the reader’s attention. However, Priya reveals that it’s not as easy as it sounds, since the cover needs to introduce you to the story, and yet not give anything away. This often poses to be a welcome challenge for the artist. She states, “Maintaining the balance is extremely important. It is important to get the genre right while working on book covers for kids. For instance, if the book is a horror story, it can’t look happy or shiny.”

Priya’s job profile entails reading the story a couple of times to understand the plot and nuances of the characters to help her add “layers” to the story. She then starts by making rough sketches and adding her own little quirks to the character. Once the publisher and the writer approve the sketches, she works on the final illustration, which is a combination of hand-drawn artwork that is later scanned and digitally worked upon. She gives the characters a lease of life with colour at the last stage. “The colours and the medium depend on what the story is. I like to keep my young audience in mind. I like trying different treatments on my illustrations. There are no hard and fast rules that I follow.”

Priya names Mario Miranda as her biggest influence. She remembers admiring works by Ajit Ninan, Jayanto Banerjee and Atanu Roy’s works and envying them for their jobs. Today, it’s the mundane scenes of everyday life that she draws her inspiration from — watching someone buy veggies from the grocery store or someone hailing an auto-rickshaw are among the few things that stimulate her creativity. She says, “If one looks closely enough, there are always subtle details one can catch that make seemingly mundane things very interesting. The gestures people make, their clothes, a house I might have noticed somewhere, ultimately do make their presence felt by creeping into my work.”

There are days when the artist finds herself in a creative block, but it is not something that would overwhelm her. Her mantra is to not give the problem much headspace. “Sometimes just taking a break or a long walk helps sort things out,” she reveals.

For those aspiring to make a point with their illustrations, Priya has some advice: “Continuously keep at what you like doing, you’ll only get better. Compile your work online as well so that people can access it easily and use social media to promote yourself if that is something you are comfortable with. Most importantly, draw something every day!”