The new star of cricket

Six days is all it took to change Pawan Negi’s fortunes. From a virtual nobody who was snapped up at a base price of Rs 10 lakh by Chennai Super Kings in 2014, the 23-year-old Delhi cricketer fetched a jaw-dropping Rs 8.5 crore from the Delhi Daredevils for the Indian Premier League’s Season 9.

The staggering amount isn’t the only thing that brought joy and turned the spotlight on Negi’s life. He earned his maiden India call-up for the T20 series against Sri Lanka, made headlines with his surprise inclusion in the Asia Cup and the World T20 squads, before exploding at the IPL auctions to surpass the likes of Yuvraj Singh. 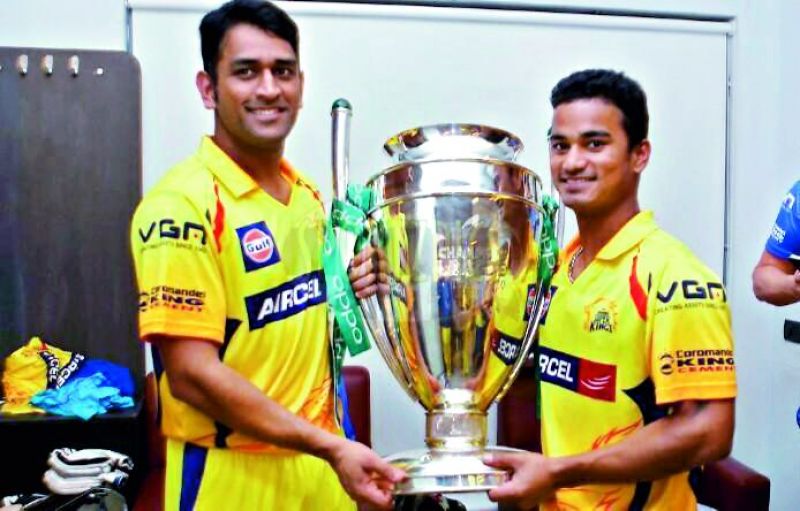 Negi with his idol Dhoni

Negi cannot believe all this. “It has all changed in six days,” says the youngster, who has now begun to understand his popularity and the expectations surrounding it. “To be honest, I wasn’t expecting all this to happen so suddenly. I was doing well in the domestic circuit and to break into the World T20 squad was a great feat. With the India team doing so well in the T20s in Australia, it seemed like a settled unit with the right combination. There are also quite a few all-rounders in the team now. So, I didn’t think there was a place for someone new in the squad. However, I was hoping to get this chance as I have been doing well domestically. I just didn’t expect to get it so soon,” pipes the lad.

The all-rounder is best known for his time under India skipper Mahendra Singh Dhoni at the now-suspended Chennai Super Kings. Not worrying much about the youngster’s raw appeal or lack of experience, Dhoni threw different challenges to Negi, who responded on most occasions. 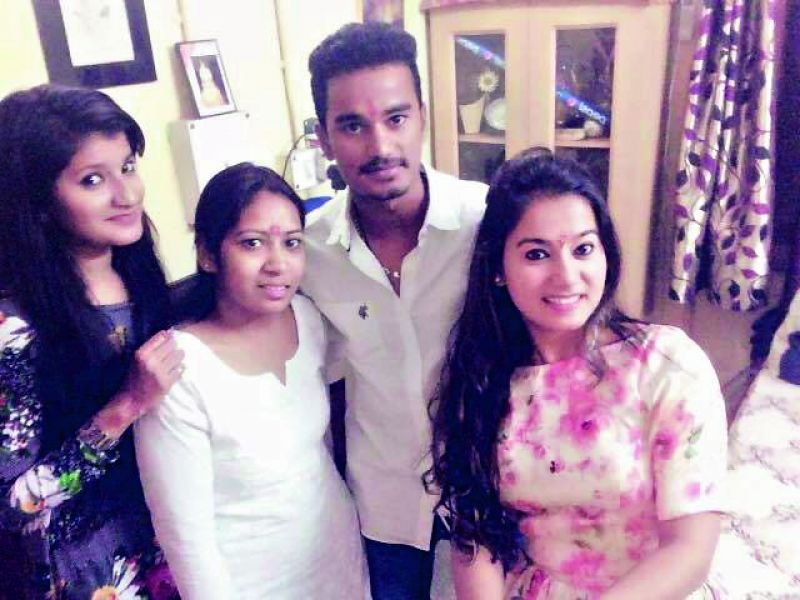 Negi with his sister Babita (right) and friends

In the Champions League T20 final in 2014, he was preferred ahead of the CSK big guns and scalped 5/22 helping Dhoni’s boys clinch the title, while on other occasions, the skipper tossed the new ball to him.

Negi, who belongs to Almora in Uttarakhand, says, “Dhoni bhai was more confident about my abilities and that gave me a lot of courage. I was not sure if I was the right person to bowl the opening over, but Dhoni bhai said you can do it. I was more comfortable bowling middle overs, but he had simple advice. He said think as if you were bowling the middle overs and I did the same.”

Dhoni’s faith in him was evident when he called upon Negi to bowl at nets while training at National Stadium in New Delhi a few years ago. Born into a family of modest means — his father is a senior clerk with the University Grants Commission, while his mother is a housewife — Negi wasn’t very keen on studies.

Coach Randhir Singh feels Negi took up the game just like any other youngster, playing in the streets. “He was a decent student but cricket interested him more. He became serious about the game when he was selected in the Delhi Under-15 team. He is naughty, a bit shy but very dedicated when it comes to the game. And he is usually calm just like his idol Dhoni,” says the coach, adding, “We had a celebration at his place when news of his India inclusion and the IPL windfall came. It is great for a young boy to achieve all this, but he needs to keep a calm head and live up to expectations.”

Given that his coach is mentoring the prodigy to greater heights, Randhir reaffirms his faith in the young hopeful, “Usually, cricketers are good at either batting, bowling or fielding. Pawan’s biggest strength is that he is good in all three. His bowling is effective, he is also handy with the bat and is a sharp fielder.”

Interestingly, Pawan isn’t the only one from the Negi household who has taken up cricket as a profession. His elder sister Babita is a national level player and is employed with the Railways. Like Pawan, she too is a left-arm spinner and has dreams of representing the country one day.

“Babita took up the game after seeing Pawan do well. She follows him and both share notes and engage in friendly banter. They are an inspiration for each other,” adds the coach.

Like any youngster of his age, Negi has a penchant for tattoos and gadgets and is looking to make his mark at the big stage.