Women have always taken centre stage for this dramatist’s daughter and she always found a way to make them shine. Over the years, Padma Shri and Sahitya Akademi awardee Shashi Deshpande’s rich repertoire of literary work has reflected the times that we live in and her latest offering, Strangers to Ourselves is no exception.

“It’s impossible to say what inspired this love story. First, there was Shree Hari Pandit, who came to me from Shadow Play (a tiny role, actually) and then there was Aparna. That’s how it began,” says the author about her new novel. In what is her inimitable style, Shashi allows her characters to tell the story — this time, a tender and tempestuous one.

Set in Maximum City, the story builds on a chance meeting between an oncologist whose days are driven by the desire to alleviate pain and a musician, whose only other world is art. Before making Bengaluru home, the author lived around the Tata Memorial Hospital in Mumbai and that, she says, brought her characters to life. 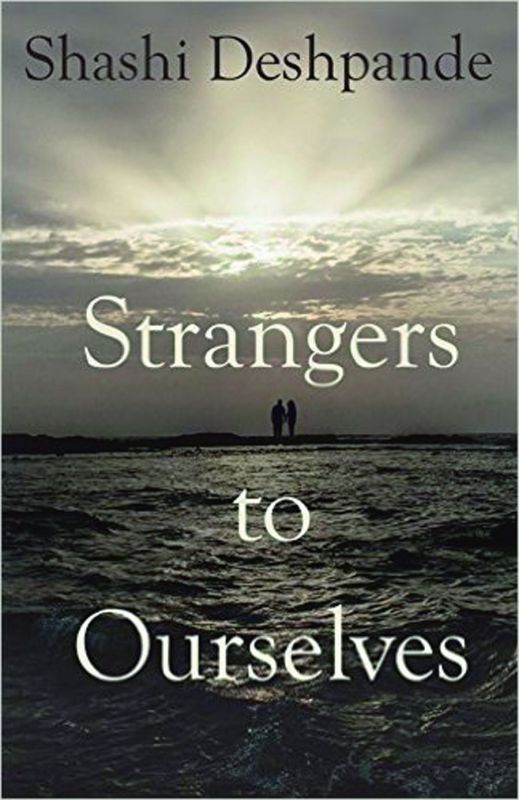 Strangers to ourselves by Shashi Deshpande Rs 450, pp340 Fourth Estate

Characters are everything for Shashi and she has always played them up. That is what allows you to live vicariously through them. “A novel is a very dynamic thing, it is not something passive the author can shape and mould as she likes. Some of it is, of course, constructed, but much of it happens to people because they are what they are. Like us and our lives,” she explains, talking about getting a glimpse of her characters’ lives and taking a peek into their pasts and personalities.

Having fashioned complex characters like Savitribai and Madhu from her 2000 book, Small Remedies and written for over 37 years now, the feminist writer believes that feminism has changed. Calling it the women’s movement, she says, “Any movement has to change if it has to have any meaning. In fact, feminism itself has changed the world.

Through the years, as the world and the country changed, obviously women began to see themselves in a different way. It is not for me to say, but I do think that this change is reflected in the women — and the men — in my novels from A Matter of Time onwards. Aru in Shadow Play, Madhu in Small Remedies, Jiji in Moving On and, even more, Aparna in Strangers to Ourselves reflect this change.

The women have a much clearer idea of themselves and their desires.” Even as she says this, the author is currently pouring over historical books, specifically of English history in the medieval times up to the Tudor era. There too, she finds a strain of women trying to assert themselves, but vilified. “They were just pawns in the game,” she says.

The author now believes that the only prerequisite to her writing is her being at her desk. “Strangely, in spite of the literary atmosphere at home and the obsessive reader that I was, I wrote nothing until I was 30. My earliest memories of writing are of a great urge to write, a struggle to get the time (kids were small), learning about writing, learning to criticise myself, getting letters of rejection for my stories and being in despair for days, having my stories accepted and feeling myself in heaven…” she recollects.

An author of 10 novels, two novellas and a large number of short stories, the 77-year-old still makes time to listen to music, play bridge and read. “I read books on my Kindle — it’s a poor substitute, but I can increase the font; my eyes are giving me some trouble now. Also, I have no more space for books,” she says about her main hobby that writing often impinges on. This, until she sits down to write the novel that she believes is inside her.